The P40 Pro is the latest high-end device released by the Chinese brand Huawei.

Just like the P30 and P20 before it, the new Huawei flagship packs some of the most powerful components you’ll find in a smartphone, and an outstanding multiple-lens camera. 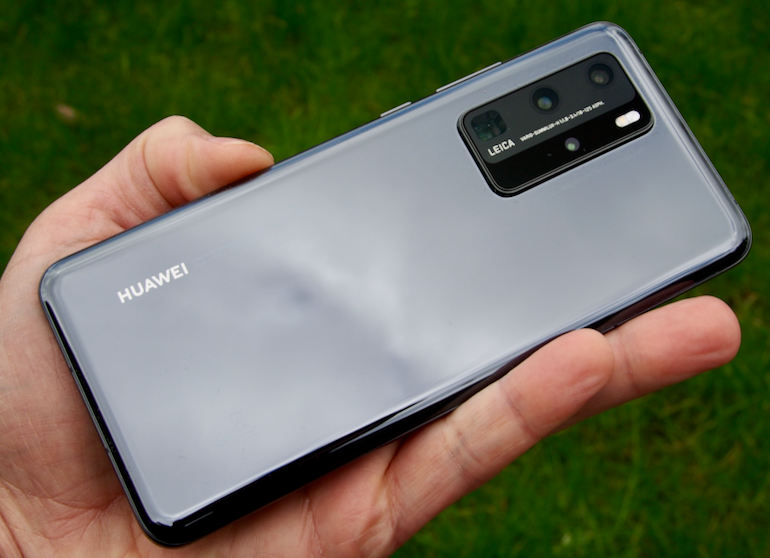 Built with reinforced glass and an aluminium frame, the P40 Pro has a minimalist look. Its smooth lines and a display that curves around the edges remind us of the Galaxy S10 series. Still, the P40 has a more chunky feel in your hands, mostly due to the 9mm thickness which is above average. Weight is also one of the first things you’ll notice. At 209 grams, this is heavier than all of its competitors of similar size and even the Galaxy S20+, that has a larger screen, is over 20 grams lighter.

On the back of the phone, the four lenses are widely spaced, and the thickness of the camera housing makes the handset impossible to rest on a flat surface unless you’re using a case. Luckily Huawei always includes one in most of its phones, and you’ll find one in the P40 Pro. 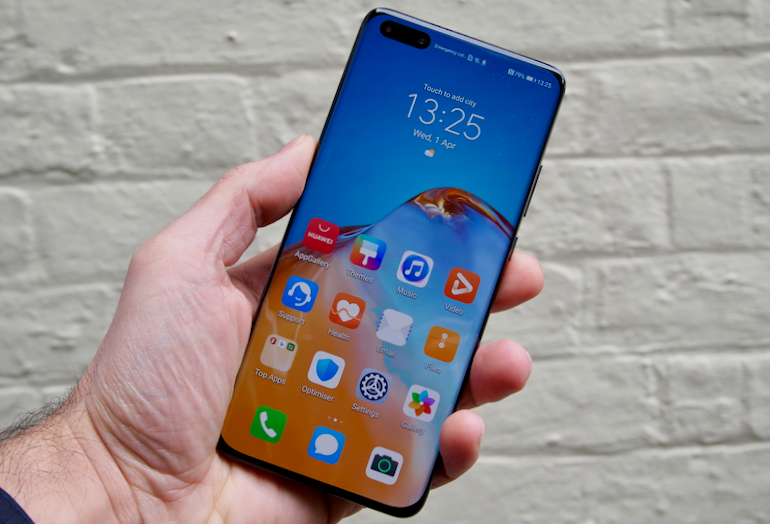 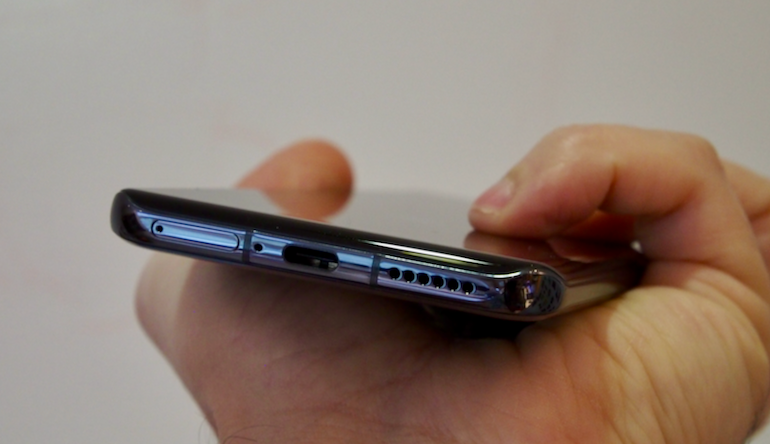 No audio-jack anywhere on the P40 Pro. No adaptor is included, but you will get a pair of good quality earphones in the box. The only speaker is located at the bottom together with a reversible USB-C, of course. 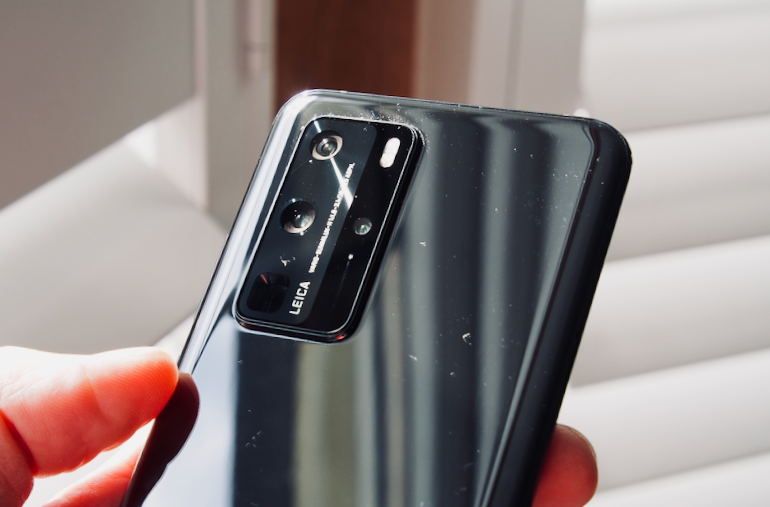 The camera “hump” at the back houses the collection of lenses. It is larger, and thicker than the ones found on the Galaxy series as the iPhone 11 Pro Max. 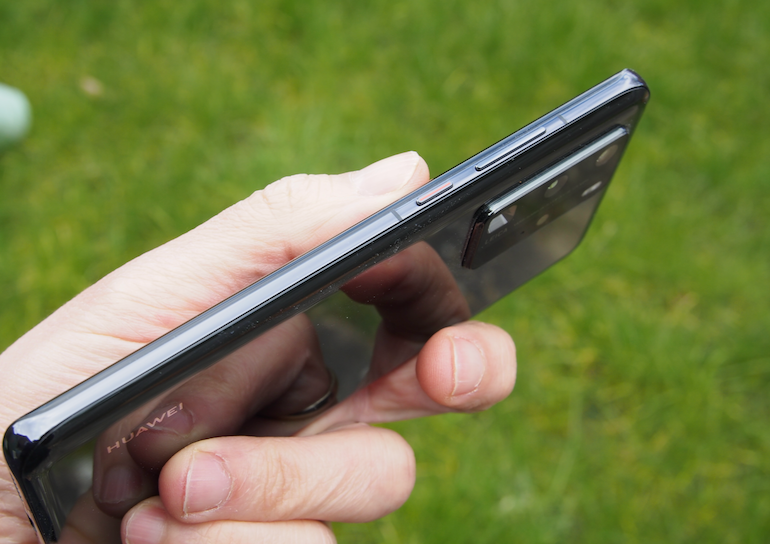 The only buttons, volume rocker and power, are on the right side. 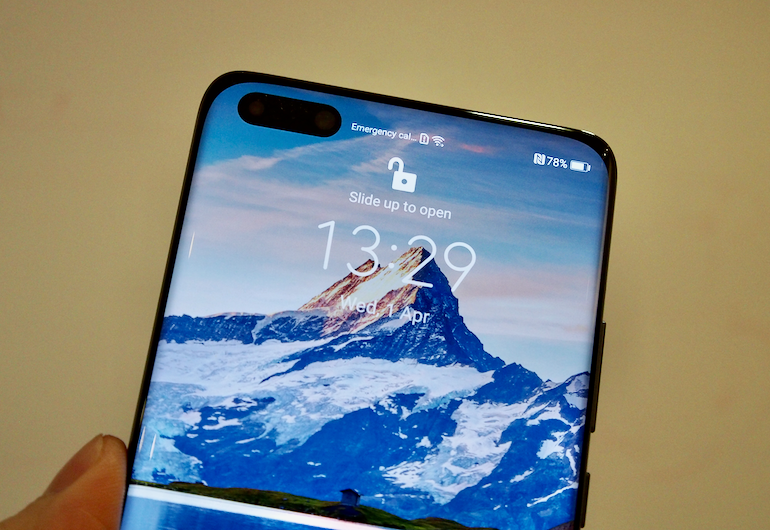 The Huawei P40 Pro has no earpiece at the top. How do you hear phone calls you ask? Magic! Not really. Sound for your phone calls is produced by vibrating the frame. Audio quality is as good as any other competitor.

If you’re the kind of person that likes to give their phone a regular clean, you’ll be glad to read that the P40 Pro is water-resistant to the IP68 standard. Just avoid the dishwasher.

It is the first display from Huawei to features a 90Hz refresh rate. In practical terms, this translates to smooth animations and scrolling. But this does demand more from the battery. If that bothers you, it can easily be disabled in the display settings and you won't notice the difference in everyday use..

While its resolution specs are slightly below the likes of the Galaxy S20+, the difference is barely noticeable.

The same can’t be said for colours. I wasn’t too impressed with the default colour mode on the P40 Pro.

By default, the display is set to Vivid Mode, which can feel a bit too saturated. When switching to Normal Mode via the display settings, the colour temperature becomes too warm resulting in a yellowish tinge. Luckily, Huawei equips its devices with advanced colour settings so with a little tweaking you can easily adjust the screen to your liking. 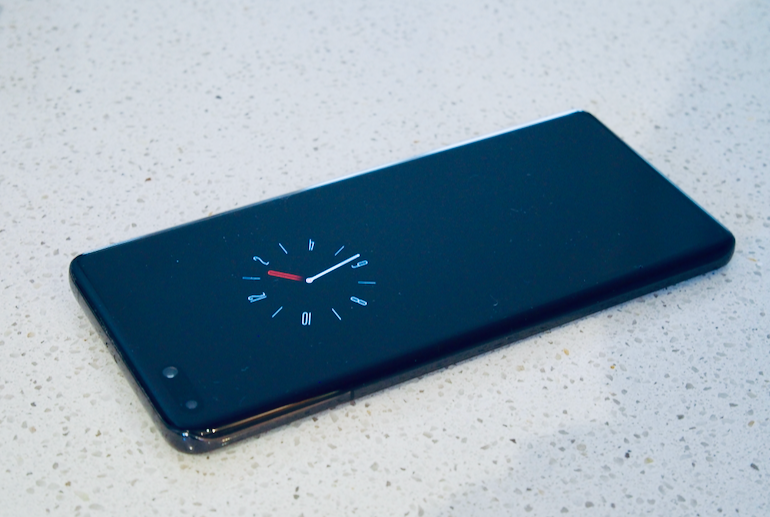 Always on display can be set to show a selection of clock faces. It looks great and can be set to only display during the day so it doesn’t bother you while you’re sleeping.

Huawei is pretty serious when it comes to both battery performance and fast charging abilities. Packing a 4,200mAh and including a 40W supercharger as standard, the P40 Pro is capable of refilling to about 80% in 30 minutes. A full charge from zero will take less than an hour.

In terms of battery life, expect a full two days of casual use. Less, of course, when using it often for video and web browsing over the mobile network.

As with all other Huawei devices, the P40 Pro also supports Ultra Power saving mode. If you find yourself running low on power and unable to recharge, this mode will disable all apps and functions except for simple phone calls and texting. Standby battery life will extend by four times the size, making it a great feature in an emergency.

Wireless charging is also supported, both the standard 15W but also a fast 27W when using a compatible charging pad.

The device can also function as a wireless fast charger when reverse charging is enabled. 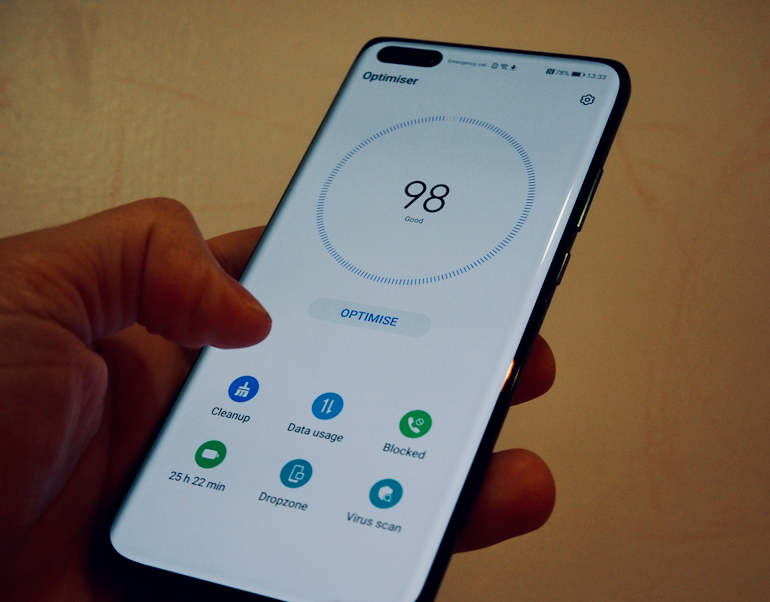 The battery size is just right given the screen size, and we’re impressed by the fast charging and Huawei's excellent power management utility.

Huawei devices are notoriously good when it comes to performance, and the P40 Pro is no exception. Both fingerprint and face-unlock are incredibly fast and make even the latest Samsung flagship look sluggish in comparison.

This is not the first time that we’ve sung the praises of Huawei’s biometric unlocking. Yet, the P40 Pro is exceptional. Samsung has still a lot to catch up on this front.

Good things can also be said about face unlock. Like the iPhone 11 series, the P40 uses 3D unlocking where your device converts an infrared image of your face into a 3D map. This is by far the most secure system for face-unlocking. Despite requiring more sophisticated processing than the 2D face map, it takes only seconds to set up, and it works every time without a glitch.

The Fingerprint sensor is located on the screen, allowing the Display to stretch to the bottom edge. It is fast and reliable.

It is easy to sing the praises of Huawei devices when it comes to sheer performance, and even the system interface has made tremendous progress. The Huawei System called EMUI is well designed, and it has none of the quirks that were holding it down only a couple of years ago.

You won't find the familiar Google Chrome and Google Play store. Instead, Huawei includes Bing search and browser at least for the UK market. Things are in constant flow with Huawei and we may see the introduction of other third party browsers such as Qwant.

The elephant in the room, however, is the lack of Google Services support. No access to the Google Play store means that your only option is Huawei’s own App Gallery.

You can find plenty of games and apps from global companies like Snapchat and Amazon on there. And Huawei is continuing to work very closely with app developers across the globe to get more popular apps added to the Gallery.

We caught up with Anson Zhang, CEO of the consumer devision at Huawei, to find out a bit more about what Huawei's App Gallery has to offer. He said: "We are working with all the (food and banking apps) and we already have some of them onboard... Banking apps are a little bit more complex than other apps and that is the reason why it's taking longer. But in the near future, you'll see more apps in the Huawei App Gallery".

At the time of writing, some of the most popular apps like Instagram are still absent from the Huawei Store. For some apps there are easy workarounds, for instance WhatsApp can be downloaded and installed directly from the browser. 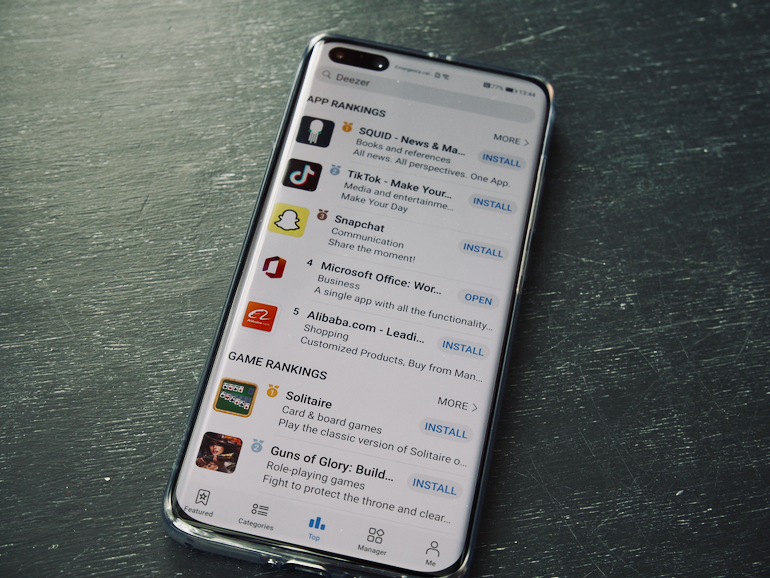 While not being "hacks" as such, these workarounds are not straightforward for most people as well as lacking the same update and payment system that the Google Play Store guarantees.

Things are likely to change though, Huawei's clout is such that the app offering is likely to improve quickly but if you rely heavily on Google services and you're not a tinkerer, I'd think twice before taking the plunge.

The “Ultra Vision Leica Quad Camera” as Huawei calls it, is very much the single most important feature of the P40 Pro.

At the back of the device, you’ll find a regular wide-angle, a 13mm equivalent ultra-wide and a 125mm 5x Optical Zoom.

The fourth lens is a depth of field sensor that contributes to making this one of the best cameras on any smartphone so far.

The P30 (and P20 before it) were impressive devices that pushed the boundaries of mobile photography. With the P40 Pro, Huawei has built on that by increasing the size of the sensors, which are now larger than the ones found on the Galaxy S20 series.

One of the secrets of the light capturing ability of high-end Huawei devices is in their colour filter. According to Huawei, using the Red/Yellow/Blue filter as opposed to the standard Red/Green/Blue results in 40% more light, translating in better low light photography. Performance in low light is good in terms of detail, but colour reproduction falls short of the rivals from Samsung.

By default, the standard camera outputs pictures with a resolution of 12.5-megapixel. A high-resolution mode, available by swiping to the end of the camera interface, allows you to shoot at 50-megapixels for a higher level of detail. Don't be too fast in switching to the hi-res mode unless light conditions are perfect. At 50-megapixels, all the software assistance tricks that are key for surprisingly good shots are disabled so consider it a pro-mode with limited applications.

The ultra-wide camera uses a standard RGB colour filter. It outputs 10-megapixel images with an unusual 3:2 aspect ratio (as opposed to the 4:3). The wider aspect ratio makes this an excellent shooter for panoramas. Deep colours and high level of detail make this one of the best wide-angle we have tested. 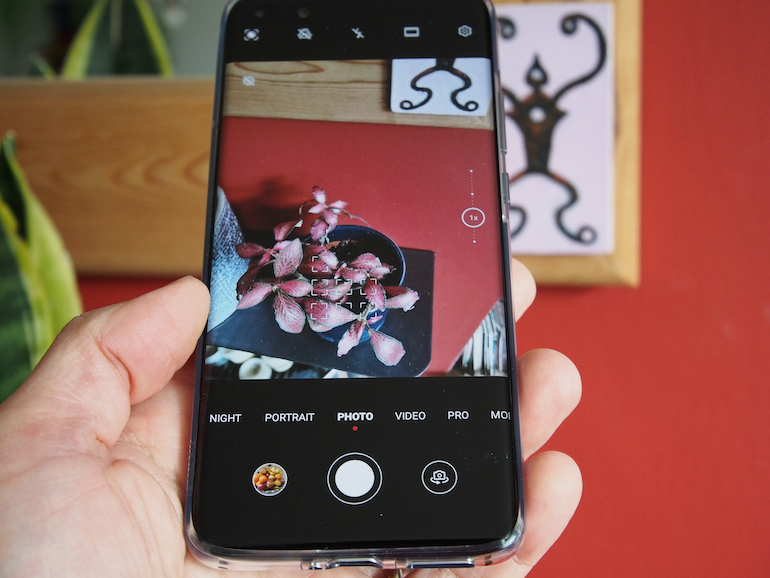 The camera interface on the Huawei P40 Pro is well designed and responsive.

The telephoto camera is built in a periscope fashion. The lens itself is perpendicular to the plane of the device and light is reflected through several optical elements. The end result is a true 5x zoom with no loss of detail. The zoom camera is less sensitive to light than the standard one. If the level of light is very low, the camera will switch to the standard lens resulting in a better light. Something to bear in mind when zooming indoors

Finally, the depth of field sensor lens, or “Time of Flight”, is what allows the device to detect the subject distance and deliver very fast autofocus as well as calculating the right level of background blurring for beautiful portraits.

The selfie camera, housed in the oval on the front screen, is unusual as it includes two lenses. The primary camera is a 32-megapixel that introduces autofocus which was missing from last year’s model.

The second is a depth-sensing lens so that selfie portraits can also have a professional-looking soft focus background. 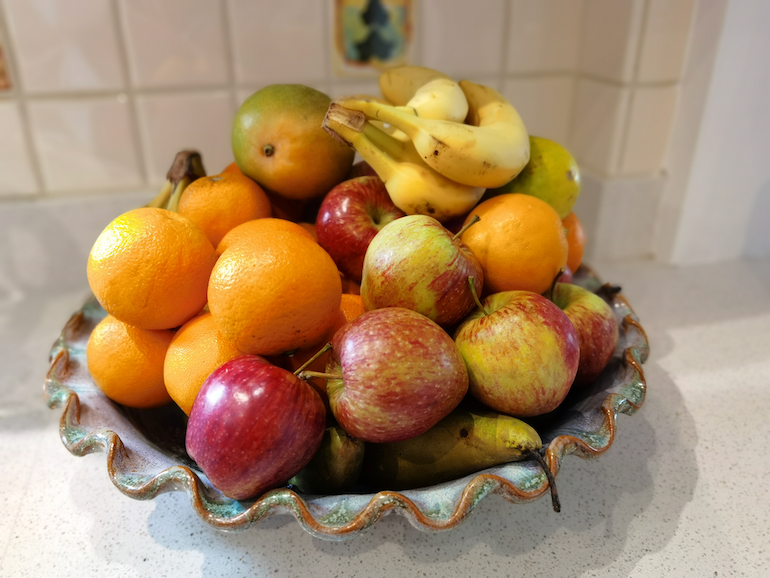 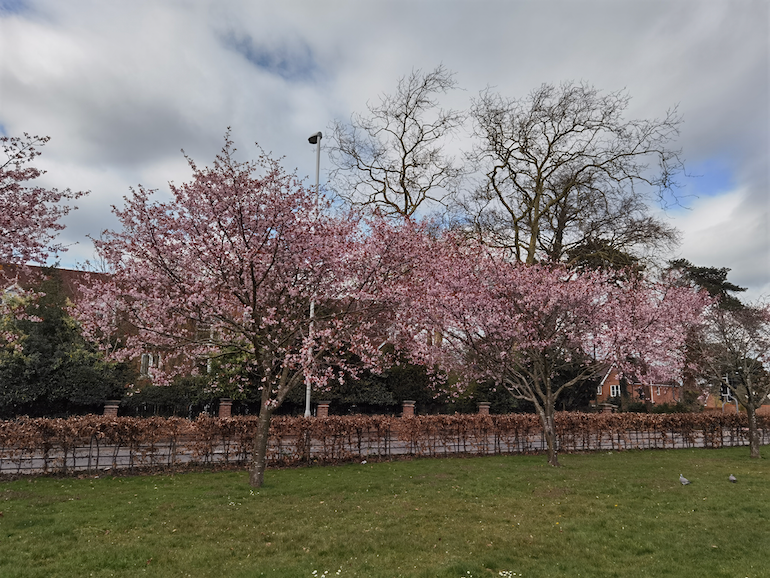 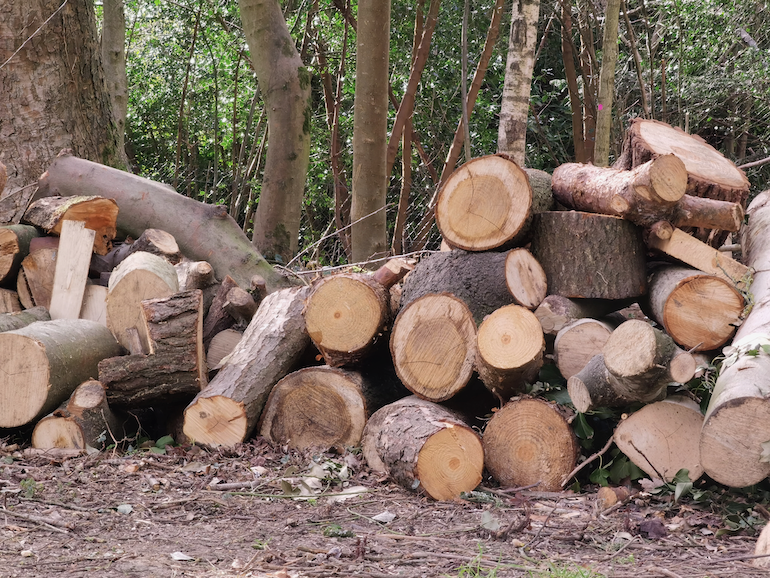 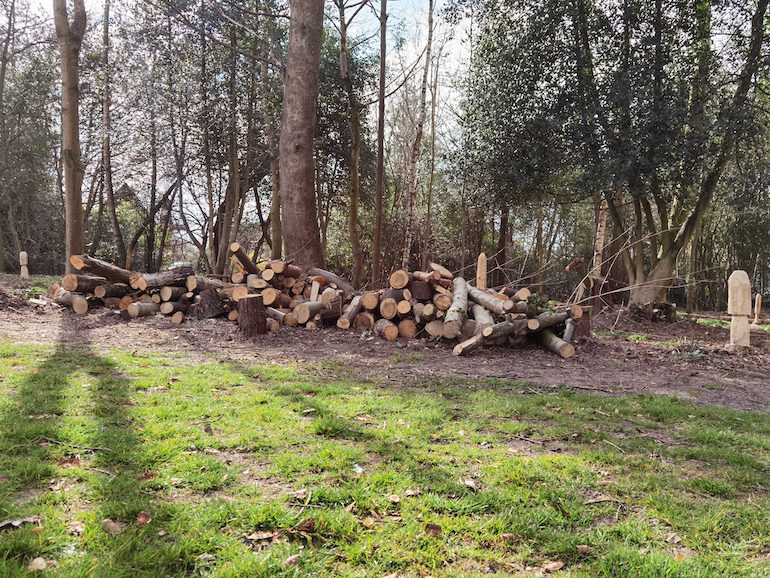 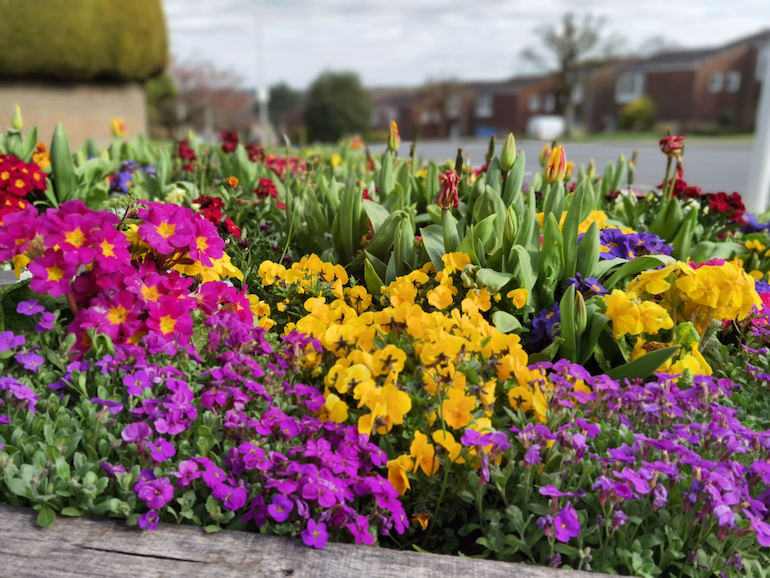 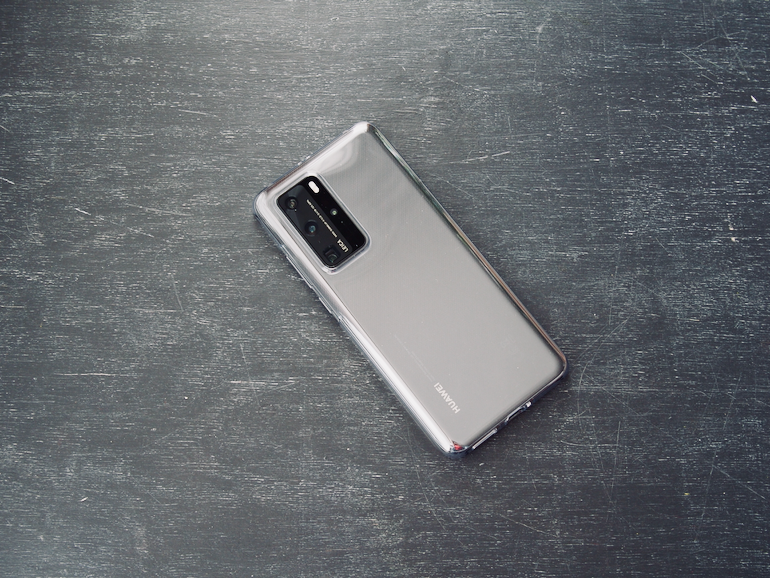 This could well be the best phone of the year so far.

The P40 Pro is another spectacular device from Huawei. A worthy competitor to the S20 series and the kind of high-end device the Android world needs.

However, it’s hard to ignore the Google issue and this will undoubtedly be a problem for some people.

Due to the US government restrictions on Huawei products, Google has been unable to apply its certification to new devices from the brand. The lack of Google Play Store affects all new Huawei devices.

But there’s no doubt that at £900 sim-free, you get an exceptional smartphone, and with Huawei giving access to its own app store, maybe you’ll soon forget about Google anyway.