Joe Minihane - 21 September 2016 Last updated: 16 December 2019
Comment
Share
Tweet
Does 'Plus' mean you get much more than a bigger screen and better camera? We take a look. 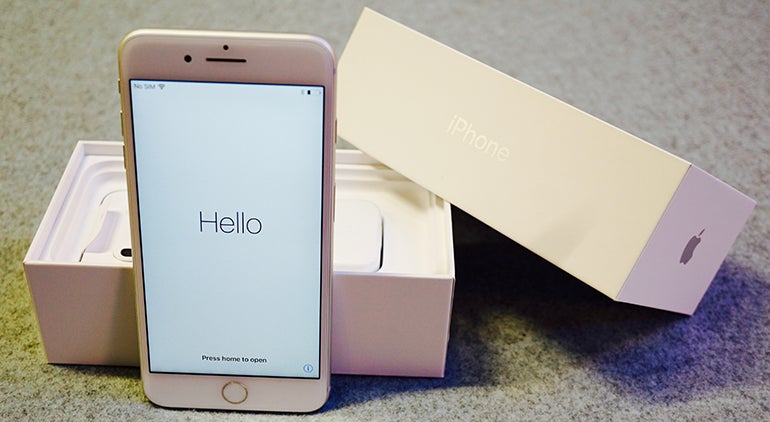 Apple’s decision not to change the design of its iPhone range for the third year running has been a fixture of tech news websites for months.

But when you pull the iPhone 7 Plus from its packaging, the disappointment is still palpable.

While Samsung has tweaked and updated its designs and Sony’s slick Xperia phones keep changing, it feels as if Apple is treading water.

Fire it up though and those feelings of deflation soon dissipate. That’s largely down to the camera.

You can’t miss the new dual lens system round the back and when you open the camera app. The breadth of options and the stunning results prove that this really is an upgrade.

The display is bright and, while not as crisp as Samsung’s Galaxy Note 7, still offers the kind of detail that we’ve come to expect from top–end smartphones.

On the downside, the lack of a headphone slot is frustrating and is even more annoying in the light of reports of the bundled EarPods not functioning properly for some users.

Looking for our our review of standard-sized iPhone 7? Here's our verdict on the smaller edition of the iPhone 7. 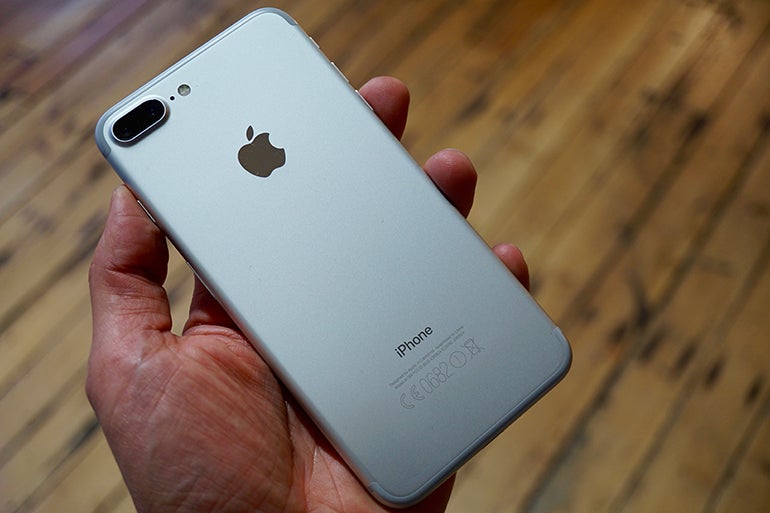 Apple chief designer Jonathan Ive was always going to retain the iPhone 6s and iPhone 6 design for the iPhone 7 Plus.

Rumours suggest that Ive and his team are planning a major overhaul for 2017, so that's when we'll see a real change.

However, it’s hard not to feel that Apple is falling behind the pack when it comes to design by sticking with the iPhone 6 design template.

Sure, the iPhone 7 Plus looks good, but it’s hardly groundbreaking in a world of curved screen phones and premium metal finishes.

The most notable changes compared with 2015’s iPhone 6s Plus are found at the bottom of the phone.

The most obvious, and most controversial, is the removal of the headphone slot.

Replaced with a second speaker to give the device a more symmetrical look, it still feels like a short–sighted move to us.

Especially when you consider that you either need to use the bundled EarPods or the dedicated headphone adaptor if you don’t fancy paying out for the company’s new wireless AirPods.

The adaptor itself is a little unsightly and will either need to stay permanently attached to the phone or your headphones in order to be of any use.

The wired EarPods are no more than passable and, although we encountered no problems with volume controls or Siri access via the volume dongle, plenty of users have. 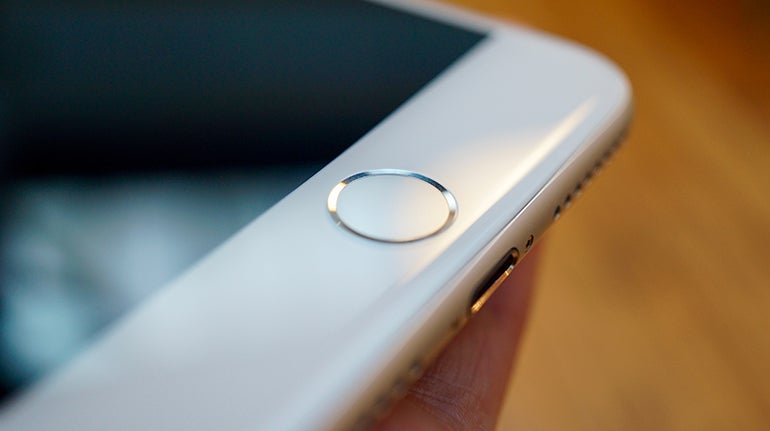 Apple says it’s working on a fix for that issue, but surely it would never have happened if it had kept the headphone slot in the first place.

The other key change is to the home button. As with the iPhone 7, this sits flush to the body and is no longer a physical key.

Instead it's a touch-sensitive area that uses what's called taptic feedback technology to give the illusion that you're clicking a real button. It also vibrates to alert you to new messages and calls.

The downside of this is that it requires skin contact, so doesn’t work if you're wearing gloves.

But for the most part the revamped home button works well and goes some way to making the iPhone 7 Plus feel more in line with rival Android handsets.

Perhaps the most welcome difference from earlier iPhones, though, is that its water-resistant and can be submerged in up to a metre of water for half an hour. If you're as clumsy as us, that's great news. 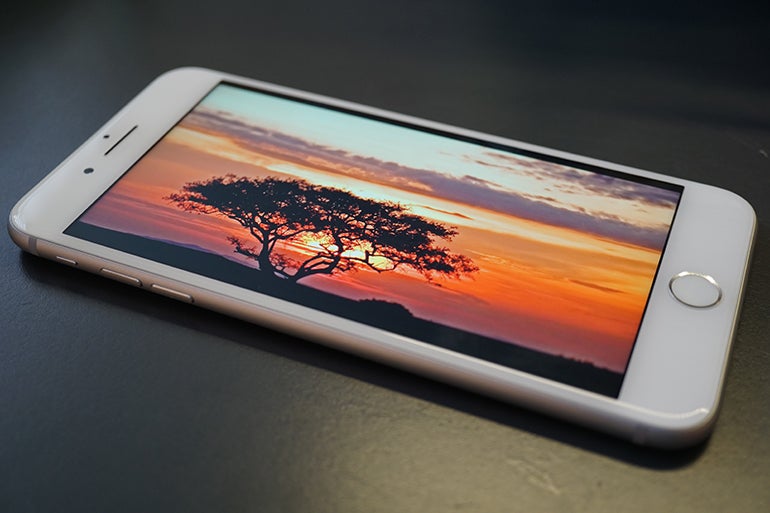 But Apple’s claims to have turned up the brightness by 25% despite keeping the same resolutions last year hold up.

Only the most pernickety of people will discern any real-world difference and in day-to-day use, it pays to keep brightness down in order to preserve battery.

The 5.5–inch screen makes the iPhone 7 Plus a solid alternative to Apple’s ageing iPad mini - reading books and documents on it doesn’t strain the eyes badly and it emphasises some of the best new features in iOS 10 brilliantly.

We’re particularly smitten with the updated lock screen. This is home to notifications and news feed info with a handy swipe, and looks much better on this handset compared with the old iPhone 6 we use day to day. 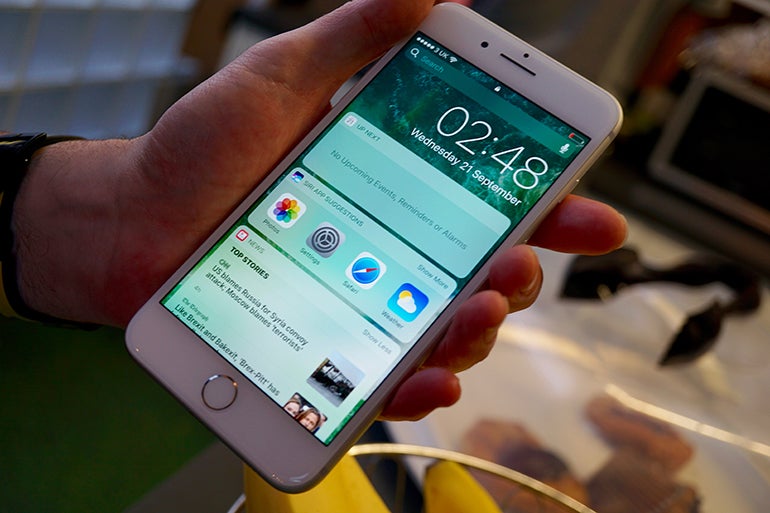 Playback any HD video through streaming apps such as Sky Go and Netflix and you get impressive performance with no lag and really crisp detail. So much so that watching the weekend’s Premier League goals fly in was a real treat.

This is a display that's more than capable of matching up to the best Samsung and LG phones.

Let’s be clear. The camera on the iPhone 7 Plus is the best we’ve ever used on a smartphone.

Apple may have stuck with the same design, but when it comes to taking photos, this is a huge upgrade and one which makes us conclude the iPhone 7 Plus is well worth paying out for.

Technically speaking, Apple has included two separate lenses. One with a wide angle and another with telephoto smarts.

It’s paired these with a 2x optical zoom, something usually reserved for dedicated compact cameras and DLSRs, as well as 10x digital zoom.

One of the issues with taking pictures using a proper camera is requiring decent knowledge to get truly great shots. That’s not the case here.

We took a series of shots in different conditions and the results were phenomenal.

The optical zoom allowed us to pick out pinprick details, while landscape shots returned astonishing colour reproduction which we’ve struggled to get in the past on our everyday Olympus DSLR.

In low light, noise and grain are reduced to virtually zero.

Tap to focus with Apple’s new Focus Pixels feature allows for an incredible level of details whether you’re taking portraits or fast action shots of your kids or pets.

You could spend a year using this camera and still be impressed with the pictures you get. It really is that good.

The front–facing, seven-megapixel camera is the same as the iPhone 7. It delivers solid detail and will make your selfies look a lot more professional. A dream for Instagram addicts. 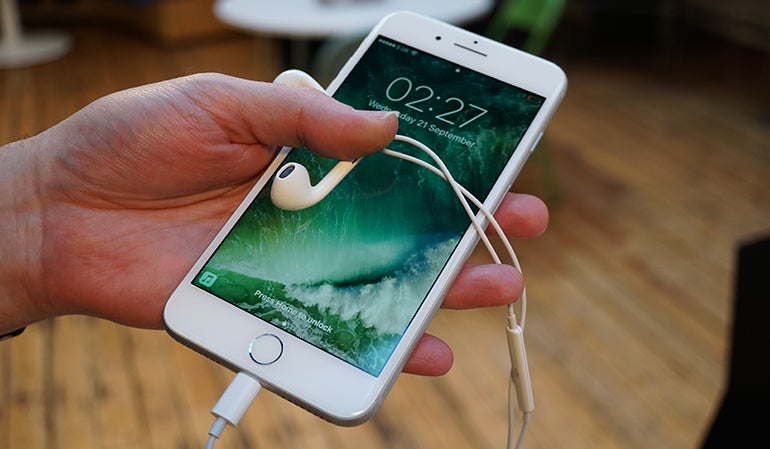 As with the iPhone 7, the iPhone 7 Plus comes with Apple’s new A10 Fusion processor and iOS 10.

While the latter is available on older iPhones, it definitely works best in conjunction with the A10.

Apps open within a split second and the software itself looks and feels premium on the device.

Apple has included 3GB of RAM too, ostensibly to help power the camera, but overall that also helps to ensure this is the fastest and most powerful iPhone we’ve ever used.

In terms of the battery, we squeezed out 24 hours before we needed to find power.

That’s fairly standard these days, but we still feel that Apple could compromise on size and make a thicker smartphone which lasts longer. Consumers are clearly crying out for it. 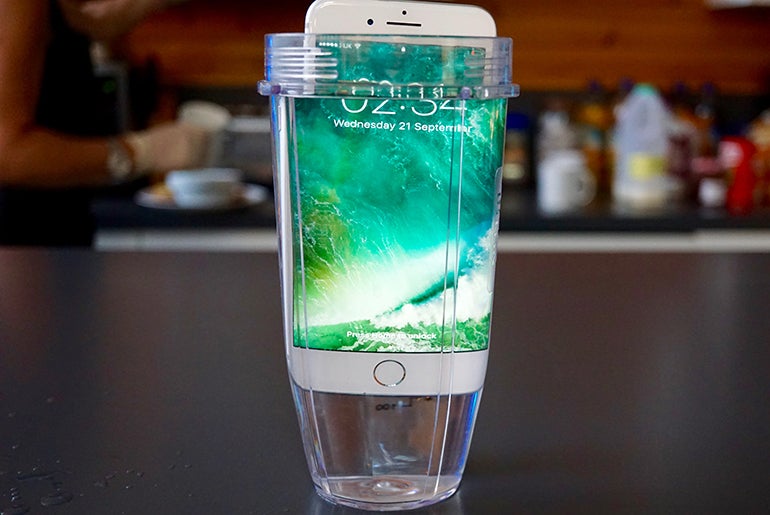 As we've noted, it offers little in the way of design changes. But the camera alone means it’s worth laying out for.

You can snap it up on contract from a shade over £45 per month with an upfront charge, although it’s worth remembering that Apple will likely include this camera tech in an all–new iPhone in 2017, when you’re halfway through a 24-month deal.

If you can live with that, then buy it now.

The camera is the real story here. No other smartphone comes close for us. Yes, the lack of a headphone slot is frustrating and one that we still can’t get behind.

But if you love taking pictures and want a new supersize smartphone, then we recommend you take the plunge.

See what's on offer at our dedicated iPhone 7 deals page