If it ain’t broke, don’t fix it isn’t a maxim you’d readily associate with Apple. But that certainly seems to have been the approach the tech giant has taken with iPhone 8 and iPhone 8 Plus.

At 4.7-inches and 5.5-inches, the dimensions are identical to last year’s iPhone 7 and 7 Plus. And once again, both feel great in the hand.

The robust glass body, which replaces the iPhone 7’s aluminium construction, means they’re a little bit heavier and feel a bit more ‘premium’ as a result.

If you’ve already got an iPhone (and we figure that’s rather a lot of you), the iPhone 8 and 8 Plus is easier to set up than ever. You just need to place your current iPhone next to your gleaming new one and it’ll detect the old phone via Bluetooth.

From there, it transfers over your initial settings. And within a matter of minutes, you can start the set-up process proper and download your back-up from iCloud.

As you’ll by now have gathered, the iPhone 8 and 8 Plus cleave closely to the design blueprint and appealing rounded edges of the last few iPhones.

Whether that’s good or bad largely depends on how much you were crying out for something that looked different.

For what it’s worth, though, we really like the iPhone 8’s design. To be honest, we accepted that smartphone design was pretty much perfected a while ago. So we’re happier when the likes of Apple only tweak designs rather than introduce something new just for the sake of novelty.

The move to a glass front and rear from the iPhone 7’s aluminium construction means the phone can be charged wirelessly by placing it on a mat (glass is more conductive than metal).

The glass finish certainly looks pretty. After dropping ours a few times and stashing it in our pocket with keys and coins, it came up blemish-free too. So we’re happy to accept Apple’s claims that the glass is toughened up.

Once again, there’s no headphone slot. So if you want to listen to music with traditional wired headphones, you’ve got to use the adaptor provided. Or you can bite the bullet and buy a pair of wireless headphones.

Unlike the iPhone X but in keeping with every other iPhone before now, there’s also a physical home button. And just as reassuringly, it’s got Touch ID fingerprint security embedded within it, so you can still unlock it by placing your finger on the button.

It remains to be seen how Apple’s bold claims for the iPhone X’s Facial ID face-scanning security stack up. But for now, when it comes to keeping personal details secure we’re only too happy to stick with the proven fingerprint technology.

The iPhone 8 and 8 Plus are rated IP67 for water-resistance too.

So that hasn’t changed from the iPhone 7 and means they can withstand being submerged in up to one metre of static water for up to half an hour. Handy if, like us, you’re a klutz around water.

As with the iPhone 8’s design, the Retina HD screens on Apple’s new smartphones has been tweaked rather than massively overhauled.

So instead of upgrading to an OLED technology, they’ve both got LCD screens and can display the same range of colours. So far, so familiar, then.

But the improvement for this year comes with the addition of the same TrueTone technology that you’ll find on high-end iPads.

This automatically adjusts the white balance of the screen to match your ambient lighting conditions. The upshot is that colours look notably warmer and more natural on a screen that’s impressively bright and vibrant.

TrueTone also reduces eyestrain, which is a boon if you’re as permanently glued to your phone as us.

The most attention-grabbing feature of the iOS 11 software that powers the iPhone 8 is augmented reality (AR).

Heartily recommended for nurturing types is Dragon AR, which makes a scaly pet appear on your desk and tasks you with looking after it a la Tamagotchi.

We were also very taken with The Machines, which is fresh, AR take on a table-top wargame that requires you to actually move around the room to survey the scene and check your forces aren’t being squeezed by a pincer movement.

It’s the closest we’ll get to feeling like Alexander the Great. All that pacing around the room helps with your daily step count too.

The Ikea Catalogue AR app is genuinely useful and enables you to see how furniture would really look in your room before you commit to a purchase.

Sometimes it just looks a bit like the sofa or table is a sticker that’s been pasted on to a real-world background. But it’s still pretty handy to be able to get a loose idea of whether the couch you’re eyeing would really match those curtains.

The Control Centre, which is the one-swipe way to access key features and settings, has been redesigned.

Taking cues from airport signs, it’s now much cleaner and more modern. And more importantly, you can customise it, so your most-used features are easier to get to.

Staple apps and services, such as the calculator and App Store, have been freshened up and given a lick of paint for iOS 11 too.

And Siri now lets you have more natural conversations and handily translates your chat into a Mandarin Chinese, Spanish, Italian, German, and French on the spot.

Right now, it doesn’t support UK English, so we couldn’t try it. But our US cousins assure us it works fast too and handles lengthy chunks of speech with aplomb.

It’s in the camera department that the iPhone 8 and 8 Plus’ spec sheets and capabilities really diverge. If you’re a keen Instagrammer or photography enthusiast, it’s the Plus you’ll really want.

OIS was previously reserved for the iPhone 7 Plus and really helps keep things steady when you’re shooting snaps on the move.

We were impressed with how fast the iPhone 8’s camera activated and focused too. It really handy for capturing those blink-and-you’ll-miss moments.

The 8 Plus is equipped with a dual camera that pairs a 12-megapixel wide-angle lens with and 12-megapixel telephoto lens.

These team up to allow you get an amazing depth of field in your portraits, by blurring out background details and bringing the subject of your shot into super-sharp focus.

As you may recall this so-called Bokeh effect debuted as ‘Portrait Mode’ on the iPhone 7 Plus, which also featured dual cameras.

However, this time it’s been enhanced, so that the backgrounds are gauzier and less distinct than before, while your subject is now in sharper detail. It’s a very striking effect that results in slick shots with minimum of effort.

There are some new modes too. We really like the Portrait Light option, which allows you to artificially change the light in a photo.

So suppose you had a brightly lit snap, you could completely transform the lightning so it appears that your subject is in a theatrical spotlight with darkness around them. Very dramatic, I’m sure you’ll agree.

You can also more subtly adjust the lighting, to bring your subject’s features to the fore much more.

We were generally very impressed with the results we got with the iPhone 8 and 8 Plus’ main cameras. In low-light and good light, our snaps were reliably superb. And were packed with plenty of detail to admire, even when zooming in a fair old range. 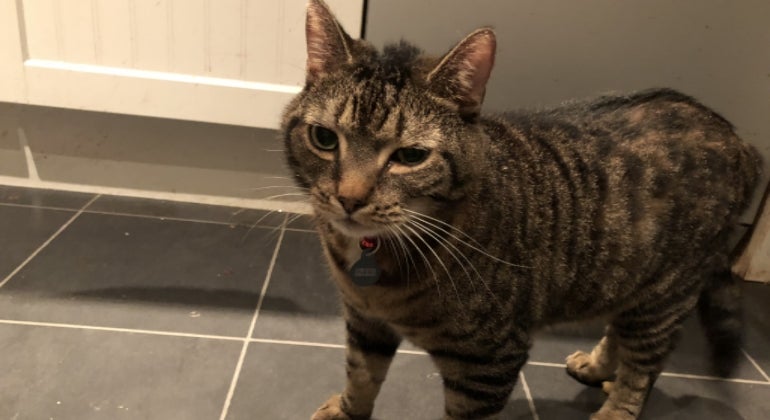 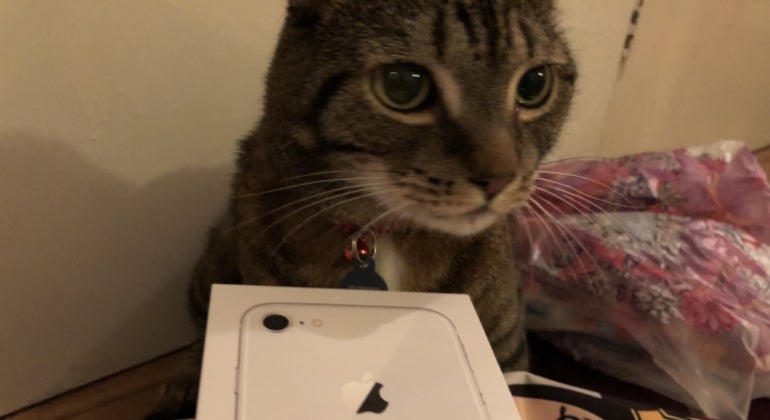 Both the iPhone 8 and 8 Plus have seven-megapixel HD front-facing cameras, which make a very good job of turning base metal into gold when it comes to selfies. And both record 4K video to give your mini movies a real sheen of professionalism and let you mess about with super-slow motion.

But numbers aren’t everything. Thanks to the A11 processor, which optimises the way Apple’s phones operate, we still got a full day of heavy use of both phones.

And they lasted well into the next day on the rare days we used them only lightly. Which is a good hour and a half better than the iPhone 7 and 7 Plus.

The fast-charge mode works well and, as billed, got us up to 50% or so of power with a half-an-hour charge when we used the 29W Apple USB C Power Adapter from our MacBook. You’ll have to buy this separately, mind. It’s the standard 5W charger that’s supplied in the box.

The wireless charging mode is useful and finally frees you from the umbilical cable. We can see it being really handy for in-car use.

Unsurprisingly, though, it’s not as fast as wired charging. Using the Mophie charging pad, we observed the charge increasing at about 16%-17% per hour. So if you’re in a hurry you’re best off plugging your phone into the mains.

The A11 processor that keeps everything ticking over is packed with power. The upshot is that the iPhone 8 and 8 Plus are the fastest, smoothest, most responsive iPhones so far.

With the entry-level 64GB iPhone 8 and 8 Plus editions priced £699 and £799 respectively, there are definitely cheaper phones around. But if you pick either of these handsets, you’re getting an awful lot of smartphone for your money.

If you’d prefer to pick it up on a contract, there’s a range of deals to choose from. But we’d alert your attention to a deal from Three that gets you the handset for £55 per month, plus £79 upfront. That includes 12GB of data per month, as well as unlimited texts and calls.

Fancy the iPhone 8 Plus instead? For £5 per month more, you can get the super-sized version of Apple’s new phone on Three with the same allowances.

Both deals include a £100 e-voucher to spend with Amazon, Currys/PC World or iTunes.

Amid all the hullabaloo surrounding the top-of-the-range iPhone X with its all-screen front, headline-grabbing high price point and missing home button, the iPhone 8 and 8 Plus have been little bit overshadowed.

But that's very unfair. Granted they don’t look hugely different to last year’s iPhone 7 and 7 Plus. But that's because essentially they're excellent updates to a classic formula.

iOS 11’s AR apps and wireless charging bring a soupcon novelty. But that’s almost by the by.

What makes these the best iPhones so far is that the improvements this time around are focussed on core features (camera, screen, battery) that people really care about.

Whether they retain that title when we get our hands on the pricey iPhone X next month remains to be seen.

But if you want the best of Apple at a price that’s in line with what you’d expect to pay for a high-end smartphone, look no further.