Moto G5 and G5 Plus review 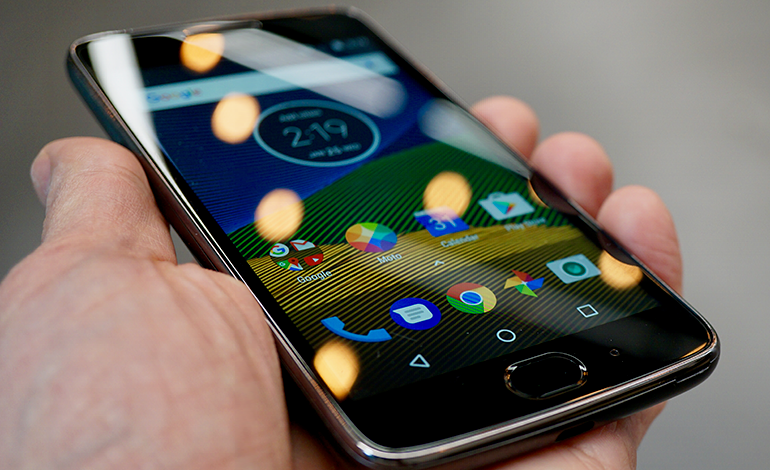 When the first Moto G phone launched back in 2013, it was critically lauded for offering very impressive specs and a solid construction at a knockdown price.

At that time, it was justly crowned king of the budget phones. But five years is a long time in tech.

In the intervening period, Apple has come to market with the slightly costlier, but still wallet-friendly iPhone SE.

And there have been a selection of cheap Android phones, such as the OnePlus 3T and the Wileyfox Swift 2, vying for your attention too.

To see off the challenge from its rivals, Motorola has made some very welcome improvements for the Moto G5.

The main change from the G4 is the construction. The G5 and G5 Plus have robust metal bodies, as opposed to the G4 and G4 Plus which were both made of plastic.

Plastic hasn't gone entirely – it's still used for the border of the G5 and G5 Plus.

But the metal backs give them both a much more premium feel than their predecessors. And they feel reassuringly weighty in the hand too.

As you'd expect if you've used earlier Moto G phones, the G5 features an up-to-the-minute version of Android that's simple to get grips with.

And as we'll see, the camera has been upgraded and there are some neat touches that make the phone really easy to use one-handed too. 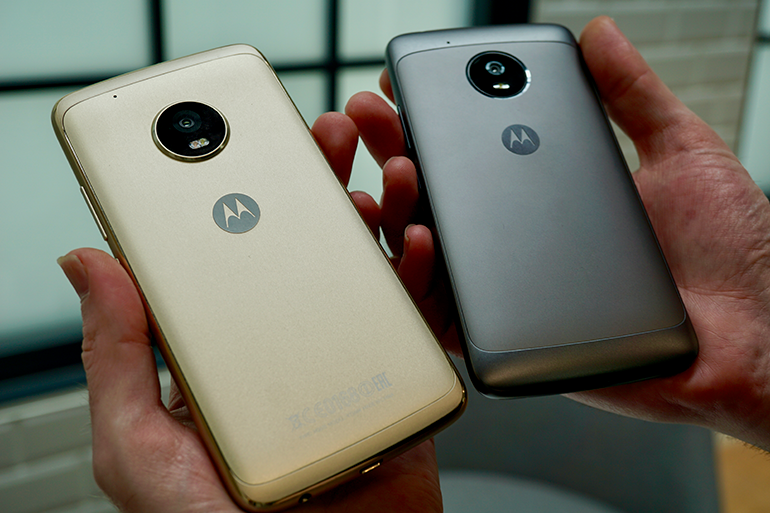 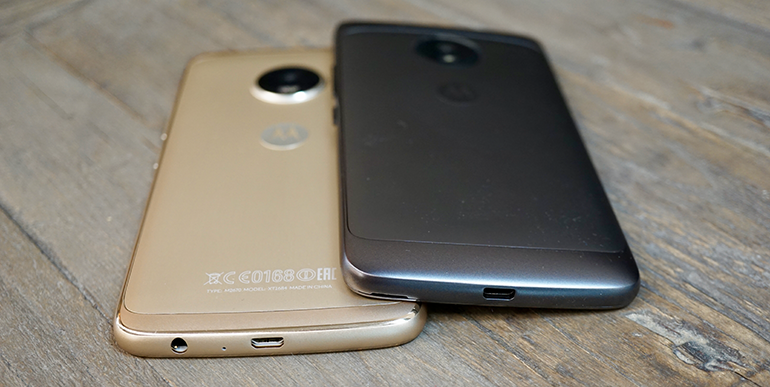 Although the G5 and G5 Plus's metal backs add an undeniably premium feel, and the G5 Plus comes in a pleasing gold colour, they don't really stand out from the crowd.

But then they are budget phones, so that's probably asking a bit much.

What you get is solid, functional design. Both phones are very well made and feel like they won't let you down. Which is what really counts when you're using your phone every day.

The buttons are all easily reachable too, even on the larger G5 Plus.

Get to up to speed fast with the Moto G5 in our guide to its five key features. 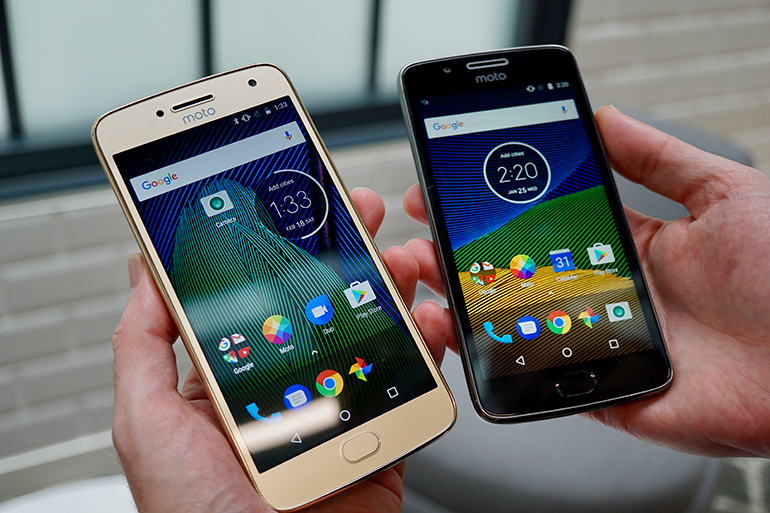 The main difference between the G5 and G5 Plus is size. The G5 has a 5-inch screen, while the G5 Plus is marginally bigger at 5.2 inches.

Both look stellar and have a resolution of 1,920x1,080 pixels. While that's bettered by some high-end phones, it's perfectly good enough in our book.

Colours look true and not too blown-out, while skin tones appear natural. 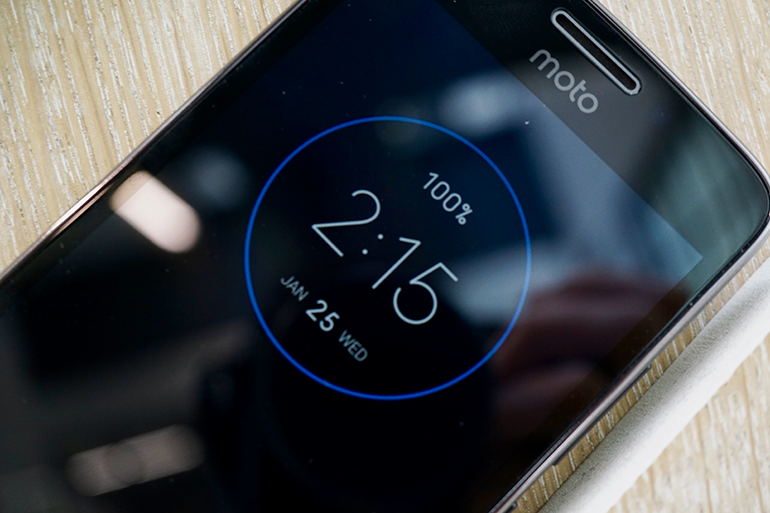 The screens also feature a neat trick in the form of Moto Display – this shows you essential information without you having to unlock the phone.

You get the time, date, battery life, as well as notifications for emails and text messages. It's activated when you pick the handset up.

While a great time-saver, it's not as sensitive as the similar function on other handsets - sometimes you find yourself waving the phone around in an attempt to activate it. 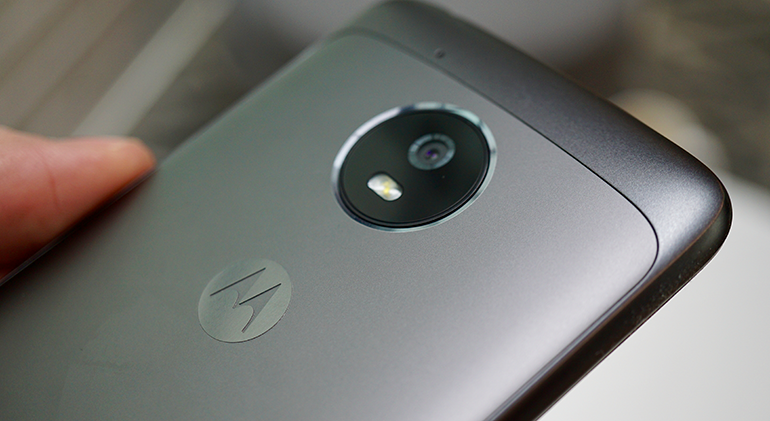 Moto G and Moto X phones are generally very strong all-rounders. But if we had to name a weak point, we'd probably nominate the cameras.

Moto has clearly tried to address this with the G5 range. There's a larger aperture to let in more light, for instance. And the wide-angle front camera for group selfies is a welcome addition too.

Like previous Moto phones, both feature the Quick Capture function. This lets you jump straight from the phone being asleep to shooting with the camera by twisting the phone in your hand a couple of times.

But we did find they tended to overexpose photos a bit, leaving the brighter parts of the scene looking blown-out. This also means the photos can lose a bit of detail.

The main cameras also struggle with the difference between light and dark. In a shot of a darkened room, we struggled to make out objects under a window that was letting in light.

Both lack optical image stabilisation too, which means your night-time shots can look a bit grainy.

The G5 can be a bit slow to snap, especially when using HDR mode. But things are better with the G5 Plus, thanks to its extra processing power.

The Plus adds 4K video recording as well, which adds a real sheen of professonalism to you mini movies.

As we say, they're not bad cameras, especially given the price. But the standard of smartphone shooters is so high nowadays that we expect a bit more, maybe unreasonably so. 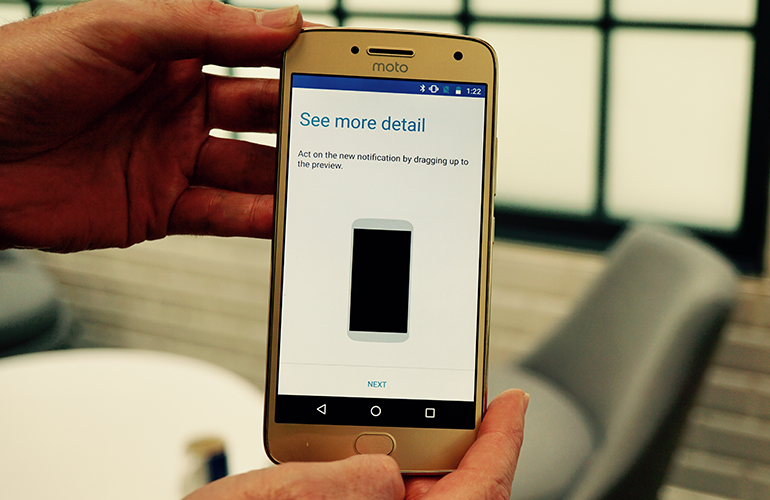 Unusually, the G5 actually has a slightly lower-end processor than the G4.

But in practice, it's pretty much indistinguishable from its predecessor in terms of performance.

Everything runs nice and smoothly, and unless you're constantly performing very demanding tasks, you won't notice much difference between the G5 and a high-end handset.

There's not much to choose from between it and the G5 Plus, either. Both are more than adept at handling games, videos, multi-tasking and the like. Which is what we like to see.

Android 7.0 Nougat comes pre-installed, and it's pleasingly short of customisations and tweaks, save a few genuinely impressive Moto additions such as the gesture controls and active display.

Because the phones feature such a stripped-down version of Android, it should also mean they're at the front of the queue for Android updates when they start rolling out.

If your phone has a software 'skin' from the likes of LG or Samsung, you'll have to wait longer.

There are also some neat new features to play with. 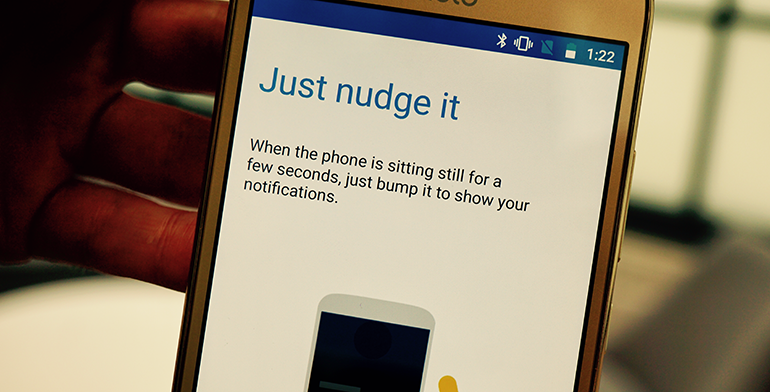 One Button Nav lets you navigate using just the fingerprint scanner – swipe left and you'll go back a web page, for example, while swiping right opens recent apps. It's a great innovation that's simple to use.

Swipe to Shrink, meanwhile, makes the screen on the G5 Plus more manageable for those with smaller hands.

Swipe up from below the screen and to the left or right, and the screen shrinks a little so you can reach everything it displays. Again, it's handy, just like the iPhone 7 Plus' Reachability feature.

In terms of battery life, both are solid performers. With pretty intense use, both lasted more than a day before needing a charge.

Unless you're constantly streaming video or music and using location services such as maps, you shouldn't have any trouble. 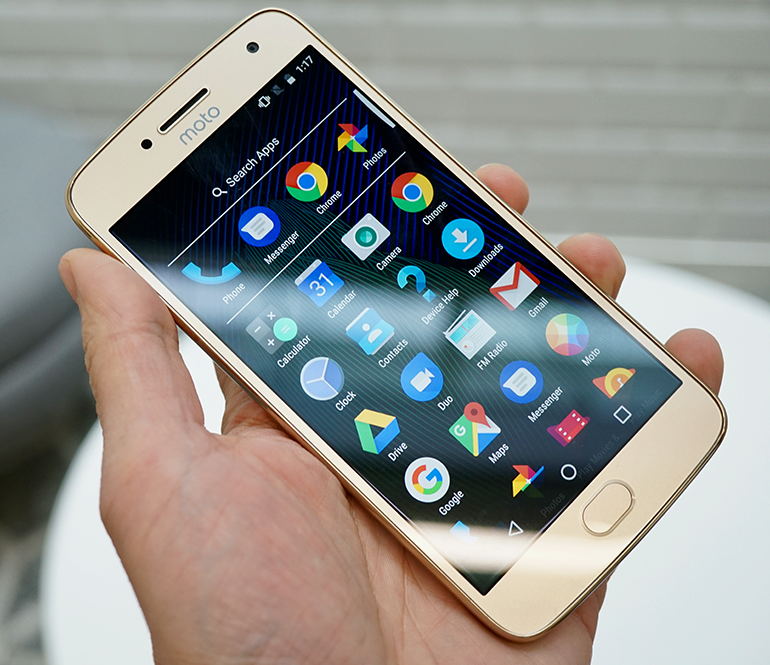 The Moto G range has always been great value for money, and this year's incarnations are no different.

Both those prices are nigh-on unbeatable right now – whatever you needs, you get a lot of phone for your money.

If you're looking for plenty of bang for your buck, look no further than the G5 or G5 Plus.

Despite the odd niggle, they're quite simply the best budget smartphones available right now. 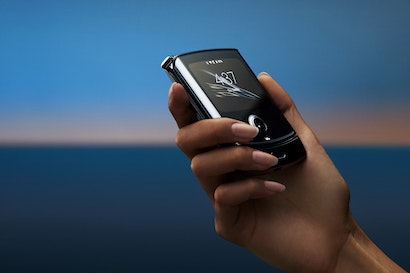