If you thought the Moto G6 was the cheapest smartphone Motorola makes, think again. The latest entry in Motorola’s E range of budget blowers has no fewer than three variants: the Moto E5, E5 Plus and E5 Play. And they start at just £89 SIM-free.

As the names and prices suggest, there are some differences between the three. The E5 Plus has a bigger screen, for example, while the E5 Play is smaller than the standard E5.

So which is right for you, if any? Read on and we’ll see if these are ripe for the bargain bin, or just the dust bin. 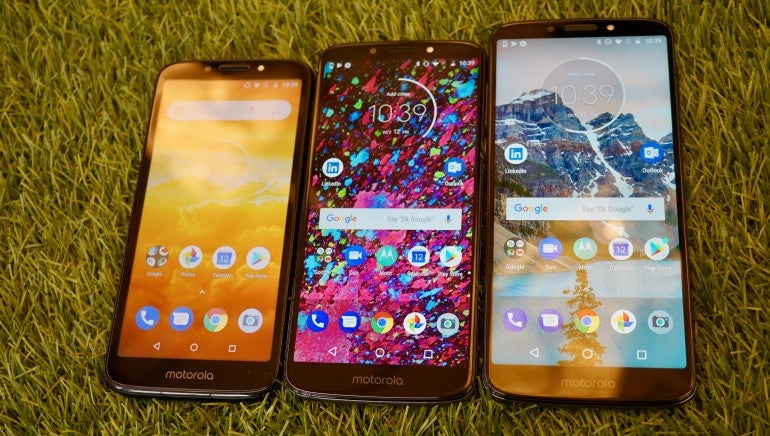 Take them out of their boxes, and they’re like a complete family unit – one big, one medium, one small.

They’re a little uninspiring to look at, but that’s to be expected given the price. The E5 Play stands out when they’re all asleep: its screen looks grey, rather than the deep black of the E5 and E5 Plus.

While they look the same from the front, they’re quite distinctive from behind. Despite having the same Flash Grey colour scheme, the E5 Plus’ back is much more reflective than the E5’s. It’s like a mirror, which is handy if you need to check your hair before a job interview and don’t want to fire up the selfie camera.

All three are unmistakably Motorolas though, thanks to the dimple on the back containing the distinctive M logo. This is a comfy place to rest the tip of your index finger while you’re using it, and also houses the fingerprint scanner which unlocks the phone.

The three phones might all be part of the same range, but on the design front, there are a few differences between them.

Being the cheapest of the trio, the E5 Play is the least impressive up close. The back is plastic, and it’s actually removable, so you can take it off to slot in the battery. It’s something of a quaint throwback to the days when all phones had removable backs and batteries.

And it could be useful if you want to take a fully charged second battery with you on a long trip where you’ll be away from the mains, I suppose.

The E5 and E5 Plus feel more premium, though they too actually use plastic rather than metal. It’s just this plastic is a mix of polymers that makes it feel a bit more like metal.

The E5 Plus has a much more reflective back, but it’s a magnet for fingerprints. You can protect this with the clear plastic case that comes bundled in the box, but it feels a bit cheap and nasty.

The Plus is big, but thanks to its curved design it still fits nicely in the hand. There’s only one speaker (the one in the earpiece), and it has a headphone jack at the top, so your headphones should work just fine.

The Play has the same indent and Motorola logo on the back, and round camera enclosure as its forebears (though the E5 Plus’ is slightly different as it has a laser focus assist module).

All three charge via micro-USB. There’s none of that modern USB-C standard here, as that’s reserved for pricier handsets.

The screens are another main point of difference between the three. The standard E5 has a 5.7-inch LCD screen with a resolution of 1,440x720 pixels. That’s bested by the E5 Plus’ 6-inch panel, which has the same resolution.

Generally speaking, all three displays are fine. They’re not going to show off the full majesty of Netflix. For that we’d suggest the much pricier Galaxy Note 9 or maybe a tablet. But they do the job well enough for most day-to-day tasks.

Colours are pretty accurate, if a little muddy at times. Ideally, the E5’s display could do with being a bit brighter to make it more visible in direct sun. And the E5 Play’s low resolution stretched out to 5.2 inches does mean edges look a little jagged. But these are the compromises you make for such a cheap phone.

The E5 and E5 Plus feature Moto Display, which shows notifications and the time and date without making you unlock the phone. Using this, you can open notifications without unlocking the phone, and see at a glance whether the handset needs your attention. It’s a very useful feature that’s sadly lacking from the E5 Play.

The cameras on budget handsets are usually a bit dispiriting, but the snappers on this range are surprisingly decent.

The E5 Play boasts an 8-megapixel rear shooter with an LED flash. As long as you’re shooting in decent lighting, the results are pretty pleasing: edges are sharp, while there’s not too much noise (that fuzziness that tends to appear in low-light shots). 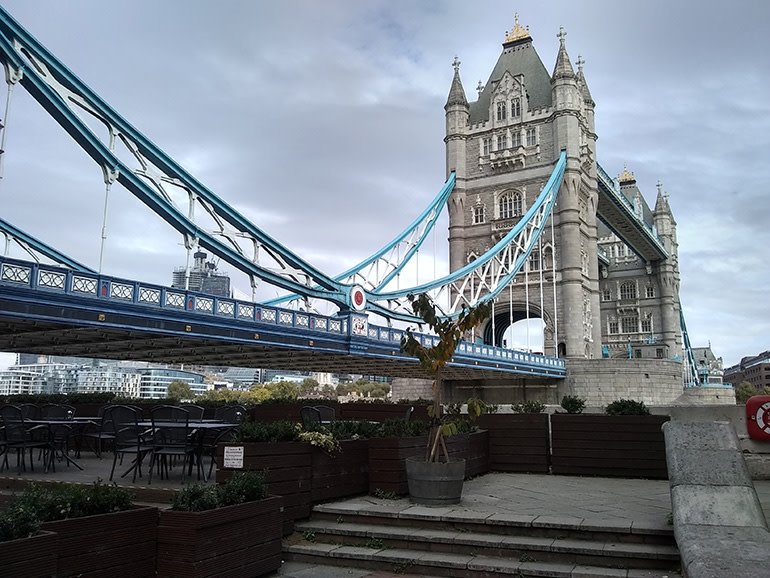 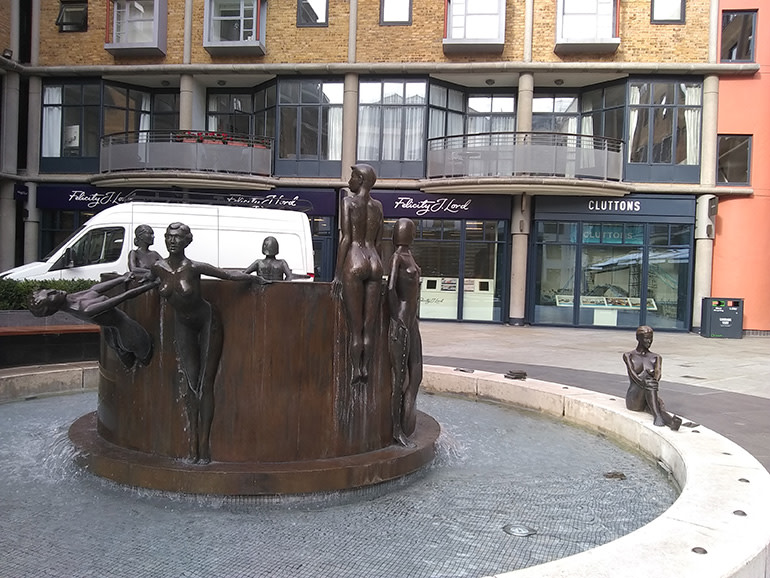 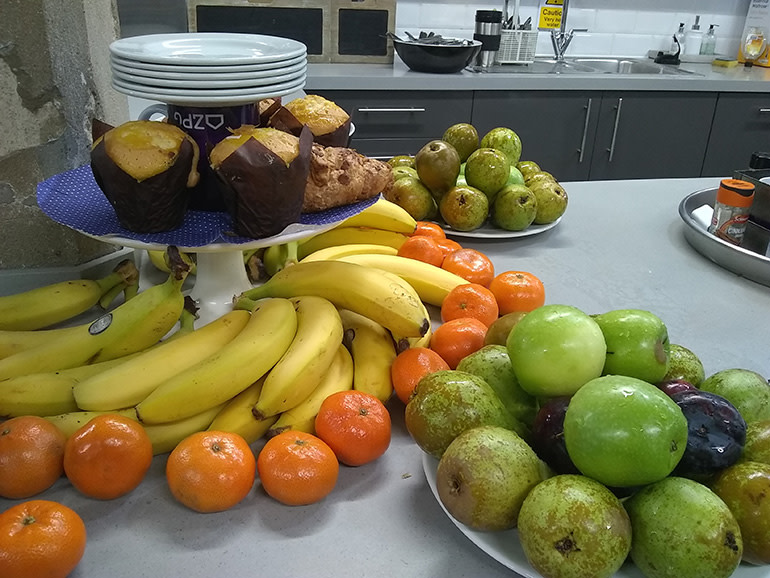 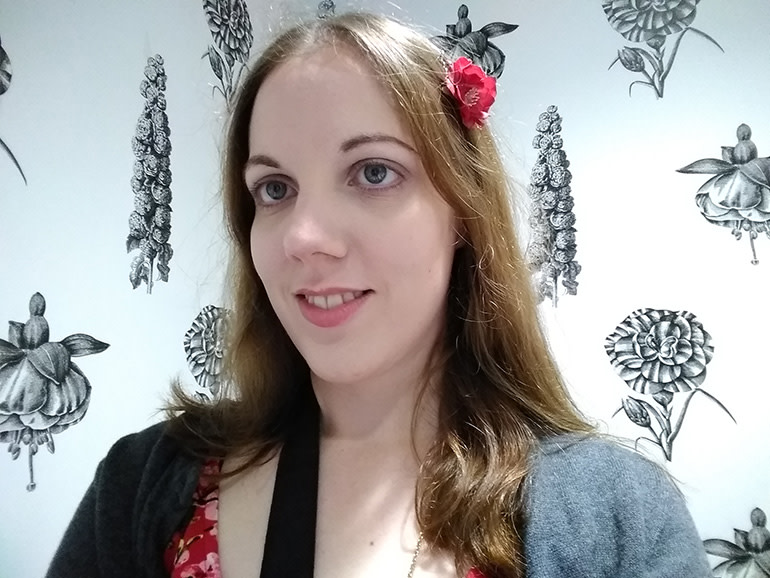 It can’t handle huge differences in lighting in the same shot, so if you’re shooting in a shadow with the bright sun visible, don’t expect great results. But all in all, it’s not bad.

The standard E5 produces similar results from its 13-megapixel snapper. The colours don’t pop from the screen, but then for this money we wouldn’t really expect them to. Again, you’re going to need decent light, as its dynamic range is none too impressive. 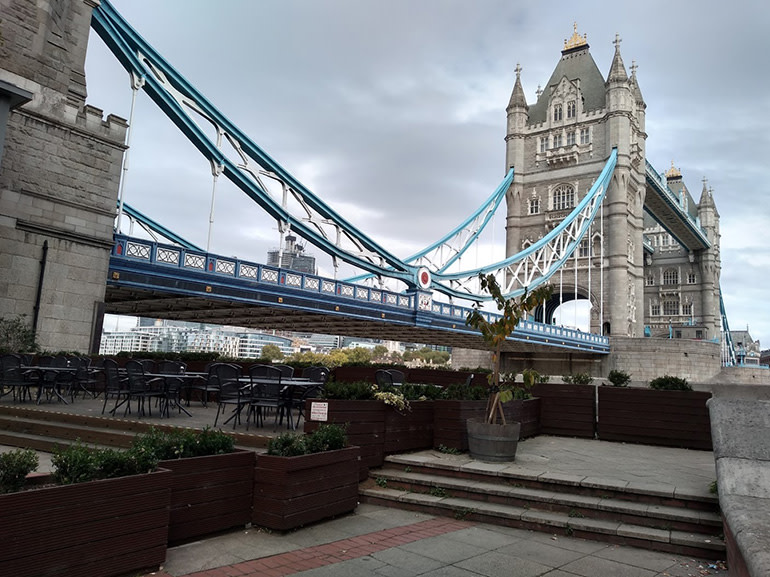 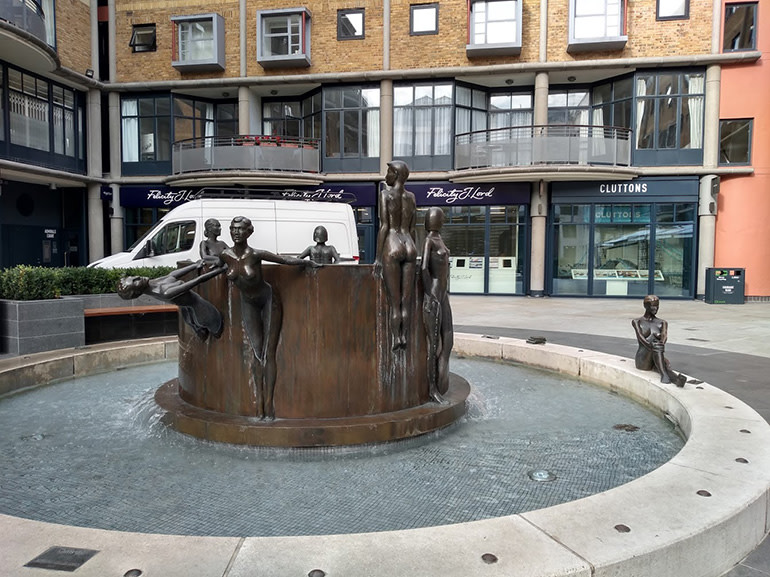 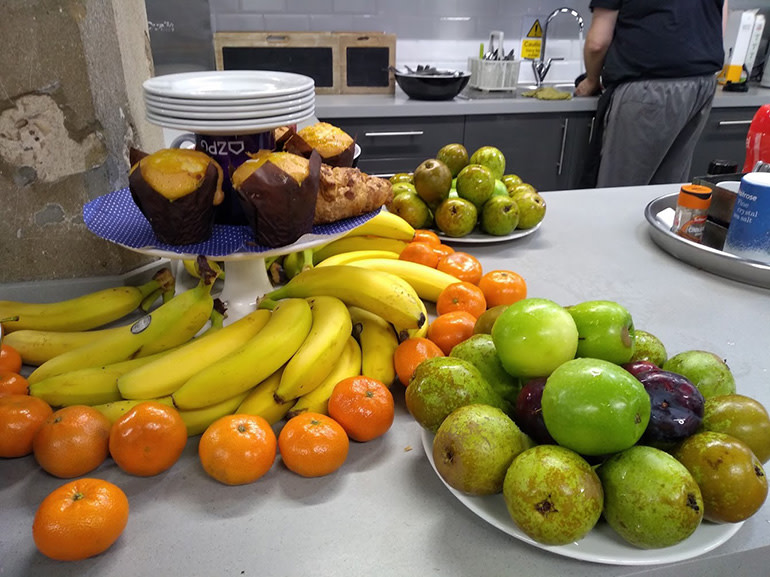 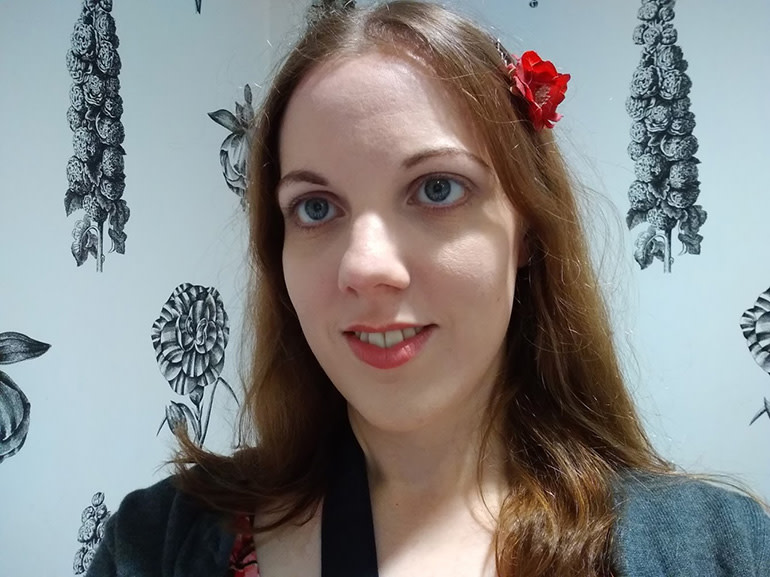 The E5 Plus boasts a 12-megapixel rear camera. Unlike its cheaper brethren, this is bolstered by a laser focus assist module, which helps you lock onto your subject quicker. 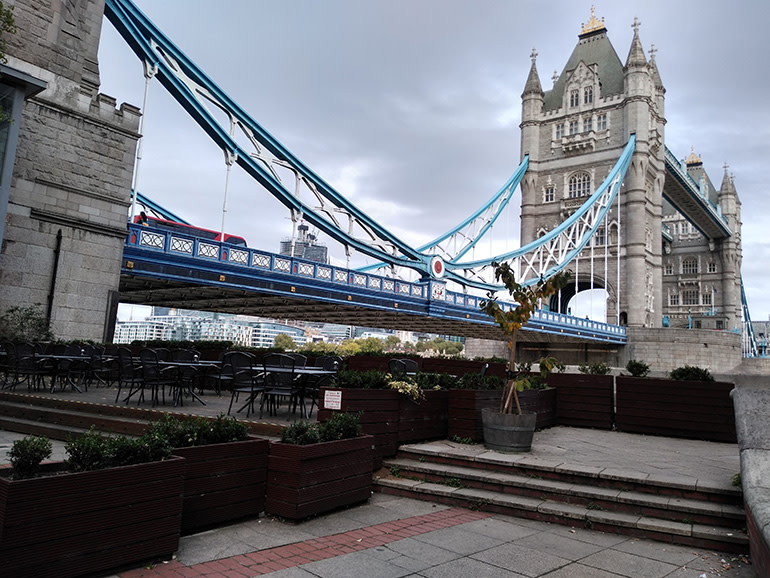 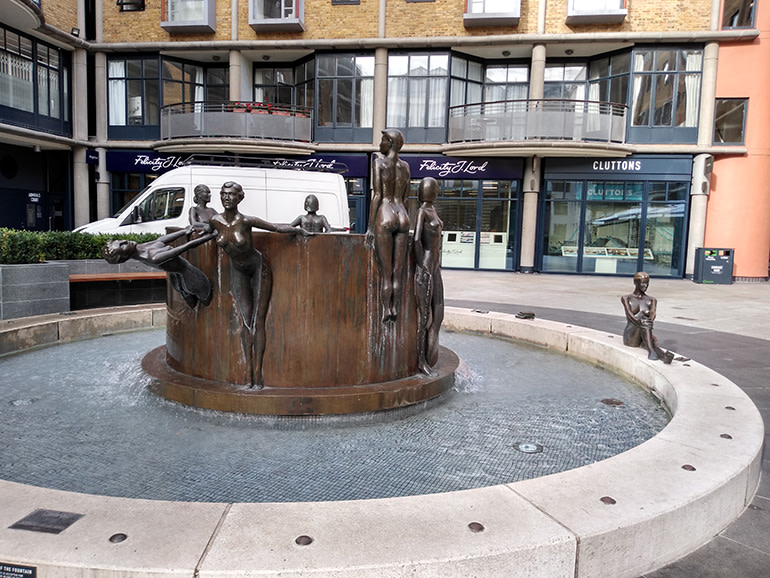 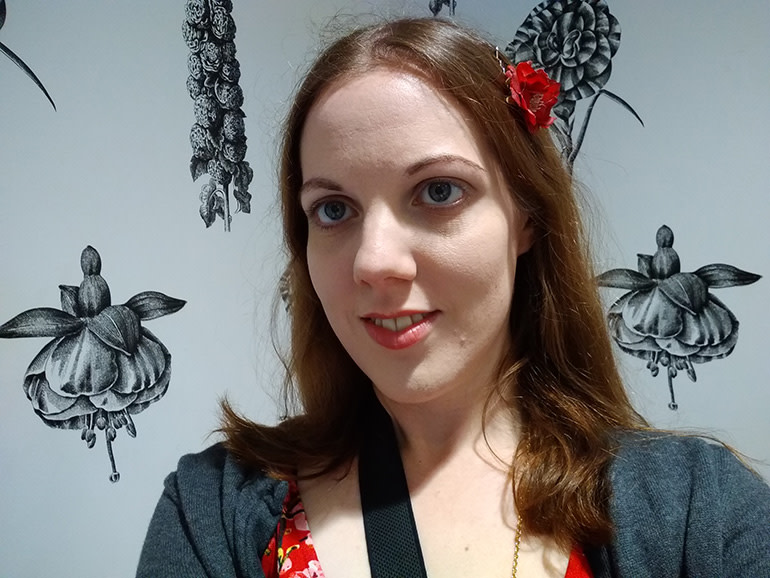 Apart from the odd purple fringing, the shots were pretty good for the money. The HDR mode helps somewhat when there’s a big difference between light and dark parts of the picture. And more often than not, the pictures have an impressive amount of detail. Just don’t expect them to rival Apple or Samsung’s heavyweights for photographic supremacy.

All three have 1080p video recording and 5-megapixel front-facing cameras. The latter are good for selfies but not much else, which is fine, as you won’t be using them for much else. The video quality isn’t great, but it’s ok for short clips for social media. Just don’t blow them up to a big screen TV.

Android Oreo comes as standard, which is the last-but-one version of Android. Motorola has announced that the latest version of Android, Android Pie, is coming to eight of its handsets, but these three aren’t among them. So an update doesn’t look likely.

The E5 Play runs the Go Edition of Android Oreo. Android Go is a stripped-back version of Android designed for lower-powered phones. It means it’s missing some features, but to be honest, most casual users won’t notice.

The E5 and E5 Plus run the full version of Android Oreo.

All three phones run just fine. Only really demanding users will find power and storage lacking, but they can always boost the latter using a microSD card. The rest of us will get along without any issues. Apps open pretty sharpish, while videos, apps and games run without a hitch.

Battery life is particularly impressive. The E5 has a large 4,000mAh battery, while this increases to 5,000mAh for the E5 Plus. By home time most days, the battery charge was still north of 60%, and that’s after a good few hours’ intensive use.

As in other areas, the E5 Play is left a little wanting. Its capacity is only 2,800mAH, and it only comes with a 5W charger (though it does support 10W, just like its bigger brothers which come with a 10W chargers). The 10W chargers will give the E5 Play fast charging, but as we mention, this doesn’t come in the box so you’ll have to pay extra.

But as we said before, the Play’s battery is removable, so you can juice up a spare and effectively double your battery life. With some judicious usage, that should last you a full weekend away.

Our pick of the three? The standard E5. It’s got the best balance of features and value for money. If you are tempted by the E5 Plus, it might be worth checking out the Moto G6, which costs about the same and will get the update to Android Pie.

If you want a lot of phone for not much money, the E5 range is well worth considering. With big screens, capable cameras and in-built fingerprint scanners, they’re worth rifling through the bargain bin for.