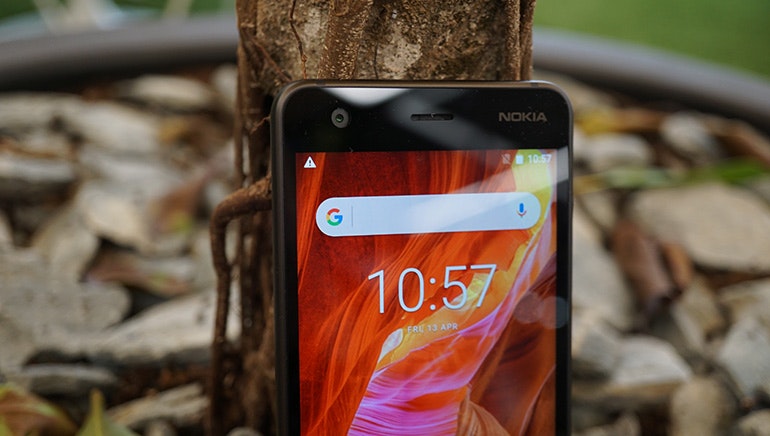 For phone fanatics, there’s something hugely pleasing about having Nokia back on the scene.

This new budget device, a step up from the Nokia 1 (which is due out later this year) is actually made by HMD, which licensed the Nokia name in the years after the Finnish phone maker’s deal with Microsoft expired.

When you pull it from its box, it has the look and solid feel of a pricier phone.

At 161g it feels hefty and solid in the hand, with a neat overall finish.

There are no nasty protrusions, giving the Nokia 2 a simple, classic look that’s easy to get on board with.

To this end, the Nokia 2, thankfully, fits into the growing category of sharp–looking, solid-but-affordable smartphones.

Its curved plastic back sits more comfortably in the hand than some pricier, more squared off devices (hello, Sony).

The plastic back can be detached, a pleasing change from the all–in–one look that seems essential these days.

That gives access to the SIM tray, meaning no fiddly side slot for installing a card.

The edges are metal, which gives the handset a more premium feel, and belies its £99 SIM–free price tag.

Throw in a proper headphone slot and you’ve got the makings of a very good, very affordable smartphone.

Is the Nokia 2 as lovely to look at as Apple’s iPhone X and Samsung’s Galaxy S9? No.

But then it’s a tenth of the price of the former. There are few complaints to be had here.

Pick up the Nokia 2 SIM free and off-contact. 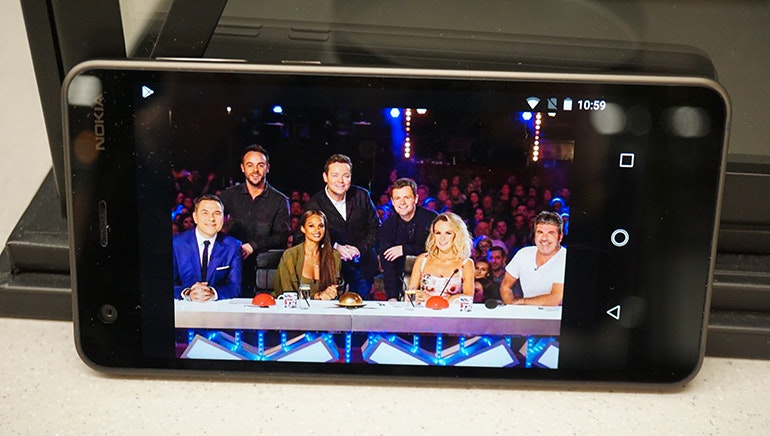 At 720p, the Nokia 2’s display isn’t going to challenge the bigger names in the smartphone world. Of course, that’s not its aim.

But when you consider the year-old Moto G5 manages to include an excellent full 1080p HD screen, it's a shame that Nokia couldn't match it.

Colours are never going to pop on a screen like this, but it does the job serviceably.

We watched This Country on BBC iPlayer and it looked fine, likewise the brash Marvel masterpiece Deadpool on Netflix.

For everyday commuting it definitely fits the bill, with the 5–inch size meaning you don’t need to squint to pick up detail.

For gaming, however, it’s not going to do the job for fastidious users who may want to pay a bit more and bag the Nokia 6 instead. Priced £229 SIM-free, it's home to a much better screen.

Thankfully, HMD has equipped the Nokia 2 with a standard 3.5mm headphone slot.

This sits at the top of the phone, a rarity these days, making it easy to keep earphones plugged in when the device is stashed in a pocket. Sound reproduction is good, too.

The speaker is servicable, but doesn’t quite come up to the standard of some rival phones.

Best keep headphones in or invest in a Bluetooth speaker if streaming music or podcasts at home. 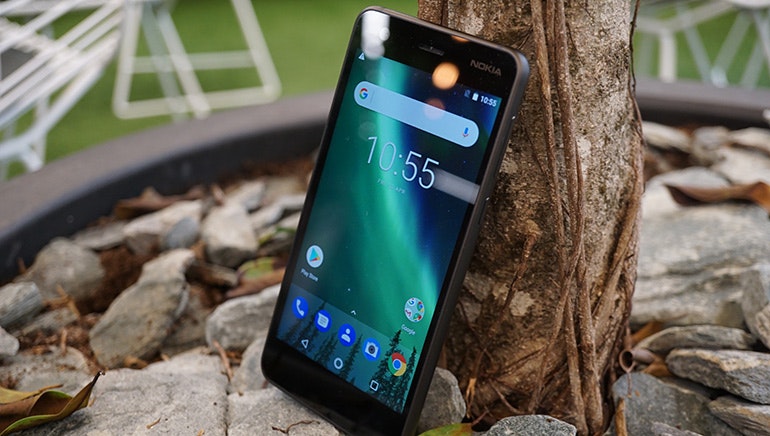 As the Nokia 2 is a low-cost device, it shouldn't really surprise you it doesn’t come with all the bells and whistles.

That's evident in the fact that the phone runs 2016’s Android Nougat out of the box instead of the newer Android Oreo.

There are plans to offer an upgrade to Oreo though, so the new version will hopefully be along soon.

Under the bonnet, there’s 1GB of RAM and a slightly sluggish Snapdragon 212.

In all, the feature set isn’t spectacular. But for under £100, you probably wouldn’t expect it to be. 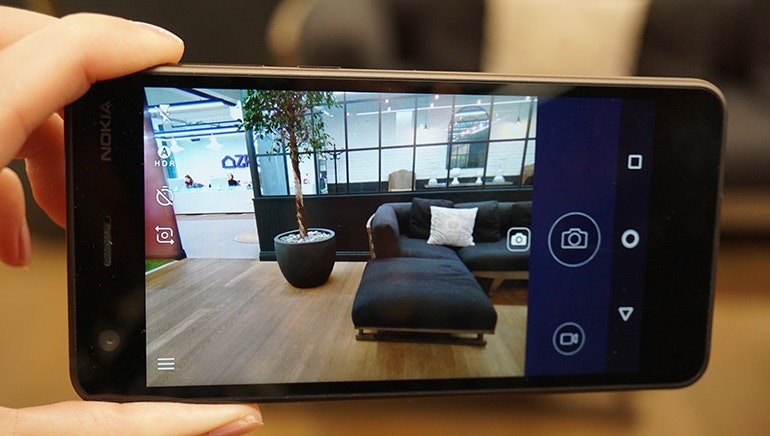 Just because a phone is cheap doesn’t mean the camera has to be second-rate.

Sadly, though, the Nokia 2’s shooters, an eight-megapixel rear effort and five-megapixel selfie snapper, aren't as good as cameras on comparably priced phones.

There is dedicated night image processing. But because the phone takes a long time to get in gear, we sometimes found that by the time you’ve lined up a shot it appears blurry and noisy. 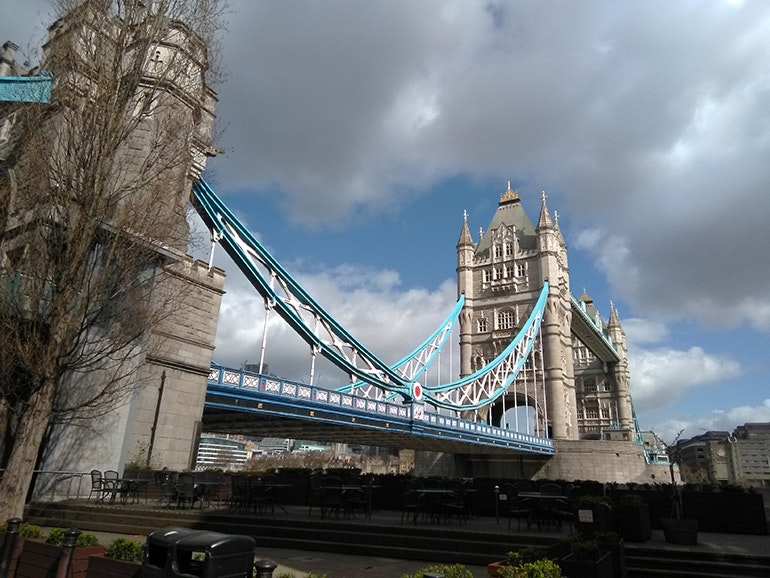 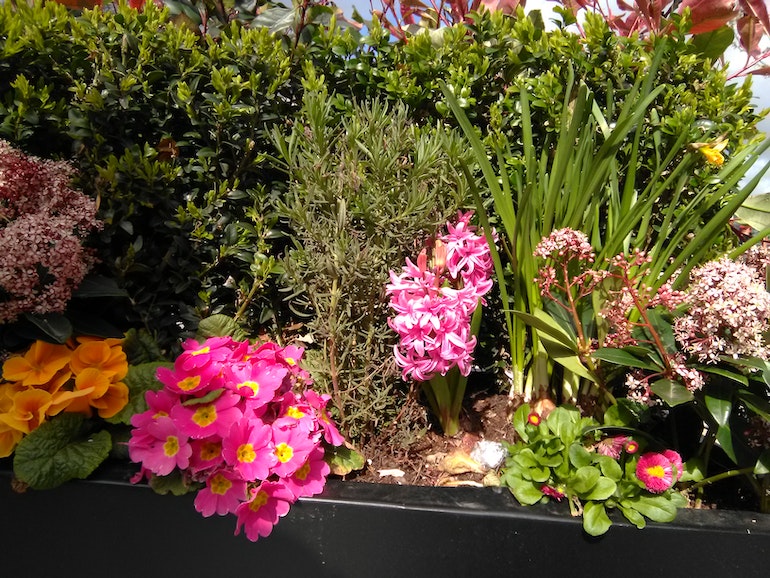 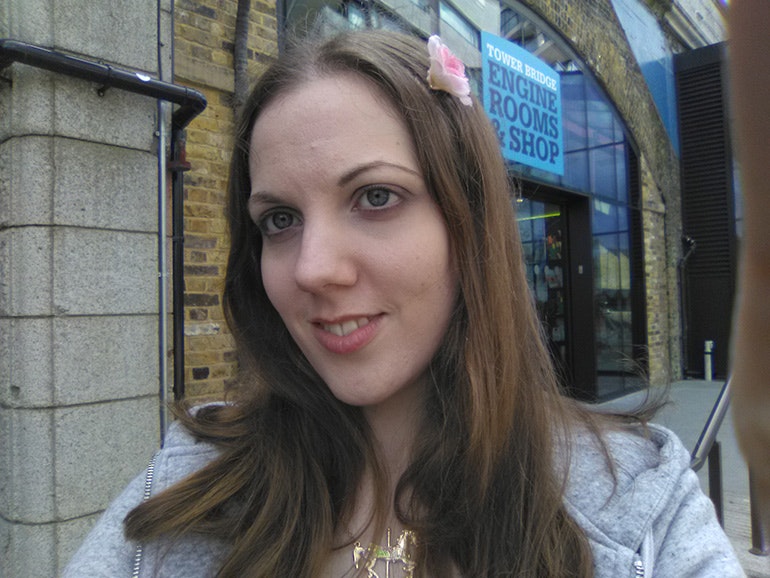 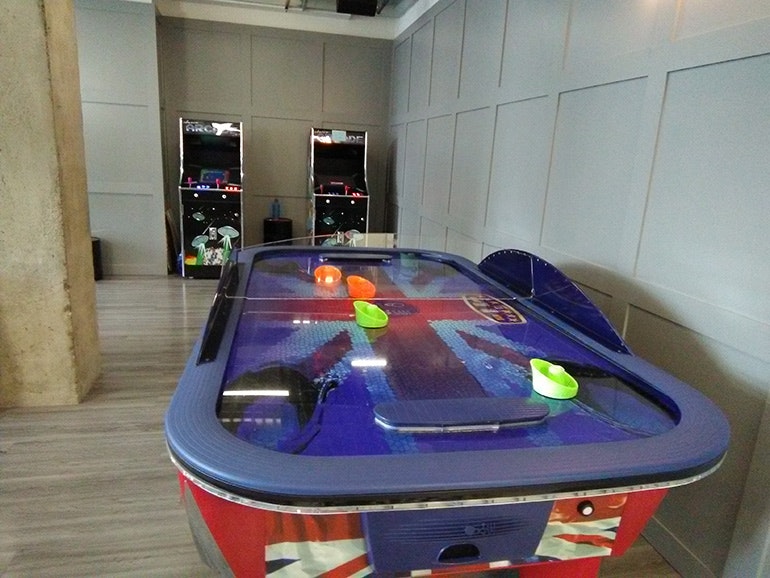 The overall result is pictures that look blocky and lack detail.

Yes, the Moto G5 is a little more expensive. But its camera is some way ahead of the Nokia 2.

The selfie camera is passable, but could have been better. Images don’t have quite the same detail we’ve come to expect from cheap smartphones. 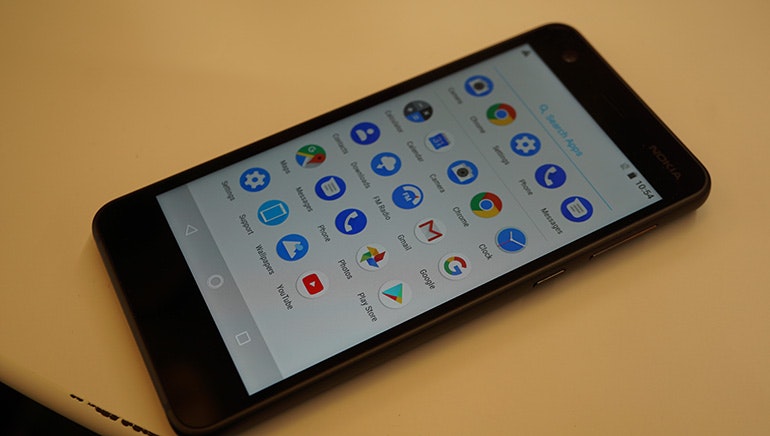 Where the Nokia 2 unquestionably stands out is battery life. Its 4,100mAh power pack might not be removable, but when you consider its main rival, the Moto G5, rocks a 2,800mAh unit, that’s not exactly a problem.

The upshot is a phone that can last for two days with some judicious use.

We spent an entire day streaming music on Spotify, watching occasional YouTube clips and firing off emails and found we had over half of the battery left to play with come late evening.

The next day we eased off on the videos and songs, but made use of Google Maps, and still only saw the Nokia 2 give up the ghost at 9pm.

When you consider that top–end smartphones regularly fail to see out the day, this feature alone makes the Nokia 2 a worthwhile purchase for those who want smartphone functionality with feature-phone battery life.

The revamped Nokia 3310 might last longer, but it simply cannot handle the kind of internet heavy tasks that the Nokia 2 can.

Sadly, the long battery life is let down by a bit by somewhat sluggish overall performance.

No one is expecting the Nokia 2 to arrive with the latest silicon and RAM to match Samsung’s hottest new phones.

But it's a bit disappointing that the 1GB RAM and creaking Qualcomm Snapdragon 212 struggle somewhat to cope with the demands of modern smartphone users. The result is that the phone's more than a little on the laggy side.

We'd also like to have seen a bit more than 8GB of storage. That's very easy to use up, even with the most basic apps these days.

That said you can always stump up for a microSD card, which allows you to boost capacity by up to 128GB. 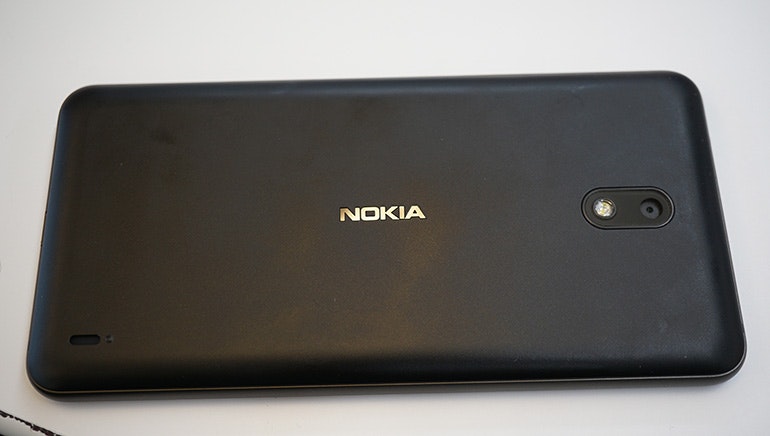 The Nokia 2 doesn’t have an IP rating, meaning it cannot withstand being dunked in water or getting covered in excessive dirt or dust.

That’s not a deal breaker when you consider the price, although if you’re clumsy, it’s definitely worth investing in a proper case to protect it.

The good news is that the display does feature Corning’s Gorilla Glass 3.

That’s nowhere near best in class, but it does at least mean the screen is strengthened in order to stop any nasty bumps and scrapes.

Again, a screen protector or case will prove a worthwhile investment.

The Nokia 2 scores for its long battery life and neat design. And at a penny shy of £100, its undeniably attractive price point. Especially if Nokia manages to update it to the new Nougat version of Android.

On the downside, the performance leaves a bit to be desired. Which is something Nokia could probably have remedied by opting to equip the phone with the less powerful Android One OS, which would surely have worked better with the Nokia 2's processor.

If keeping costs down is your priority, the Nokia 2 may well be right for you. But we'd recommend you also take a good look at the Motorola Moto G5 before you make your decision.

Pick up the Nokia 2 SIM free and off-contact.