The OnePlus 9 Pro is all about photography. This new smartphone, along with the standard OnePlus 9, marks the beginning of a three-year OnePlus partnership with leading camera maker Hasselblad, which the company claims will finally bring its cameras up to speed with its big-name rivals.

However, the deal might not be as exciting as first seems. While the partnership brings some nifty features to the OnePlus 9 Pro - such as Hasselblad-calibre colour calibration and a souped-up Pro mode - the company hasn’t crafted the camera hardware, which still takes the form of a custom Sony sensor paired with some additional - and in some cases unnecessary - bells and whistles.

Regardless, the OnePlus 9 Pro is an impressive device. Not only has it upped the ante in the photography department, but it’s also impressively powerful, supports 5G, introduces some cool new screen tech, and is one of OnePlus’ best-looking flagship smartphones to date 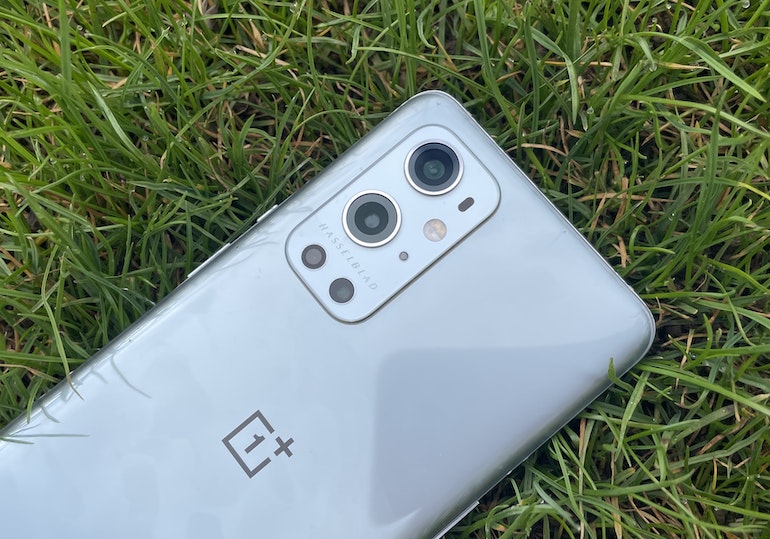 The design of the OnePlus 9 Pro doesn’t stray too far from the last-gen OnePlus 8T - you’ll find the same premium glass-metal construction as before, the same elongated rectangular profile, and the same minuscule punch-hole cutout on the front.

However, while it looks largely the same as its predecessor, the OnePlus 9 Pro features a slightly flatter screen than the OnePlus 8T - while it still curves slightly at the sides to give an edge-to-edge feel, this tweak means it’s less slippy when held in the hand, and less likely to drop as a result.

The colourways have also been updated, with the OnePlus 9 Pro available in new “nature-inspired” Pine Green, Stellar Black and Morning Mist variants. We’ve been using the latter, which transitions from a foggy look at the top of the device to a mirror finish at the bottom.

This gives the device a unique look - but we did find this new paint job was a bit tricky to keep clear of grubby marks, despite OnePlus’ claims that it’s coated in “fingerprint-resistant” glass.

Around the back of the device, you’ll find a camera bump similar to that on the OnePlus 8T, though OnePlus has tried to make it blend in better than before by matching the colour of the housing - and the newly-emblazoned Hasselblad logo - to the rear of the handset.

Also improving on the OnePlus 8T, the OnePlus 9 Pro is IP68 certified - just like last year’s OnePlus 8 Pro. This means it can withstand dust, dirt and sand, and is resistant to submersion in water for up to thirty minutes. After a few accidental drops during our time with the handset, we can confirm that it’s pretty well protected against bumps too.

Elsewhere, the OnePlus 9 Pro features a bottom-mounted USB-C port and dual speakers, a volume rocker on the left-hand side, and alert slider and standby buttons along their right edge, so the device will be pleasantly familiar for current OnePlus handset owners. 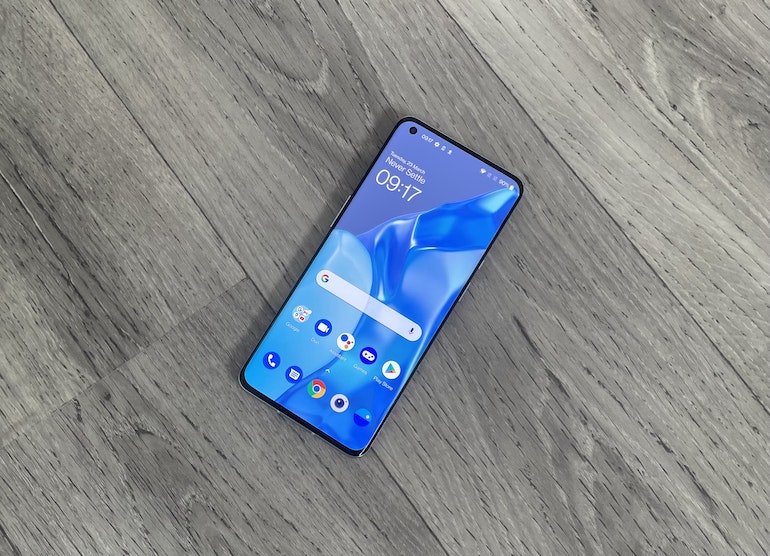 In simple terms, this means the OnePlus 9 Pro’s display isn’t as much of a drain on the battery, despite being impressively fast. This is because, rather than being cranked up to 120Hz at all times, it automatically matches the refresh rate to the current user scenario - as low as 1Hz for viewing photos, for example, increasing to 24Hz for watching movies.

Not only does this result in an impressively smooth experience, but it also means the handset’s display consumes 50% less power than previous generations.

OnePlus has also supercharged the OnePlus 9 Pro’s display for gamers, with a new feature called “Hyper Touch” increasing the syncing speed between the processor and display to 360Hz - as much as 6x faster than before. This makes gaming controls far more responsive in titles such as Call of Duty Mobile and PUBG, according to OnePlus, although we didn’t notice a huge difference when compared to last year’s OnePlus 8 Pro.

The OnePlus 9 Pro, naturally, also features a screen embedded fingerprint sensor, which is simple to set up and unlock the handsets rapidly. We have found it can struggle if your fingers are damp or grubby, so we also set up Face Unlock, which is just as fast and as accurate as you’d expect from a flagship smartphone. 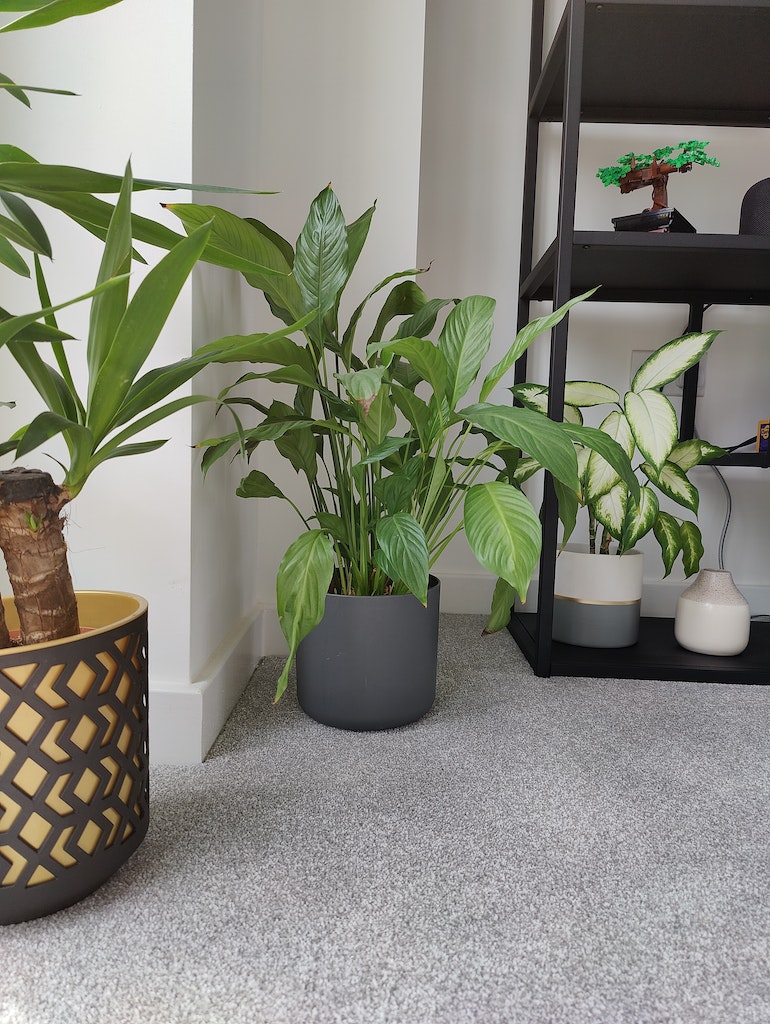 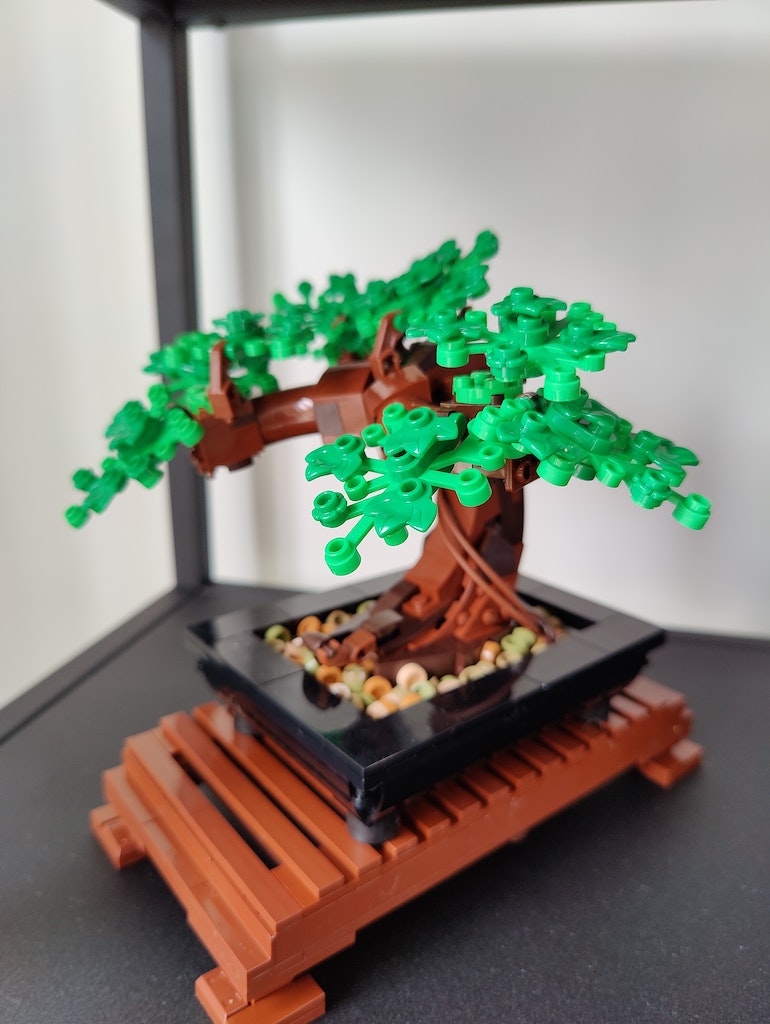 OnePlus has a lot of big claims about the cameras on the OnePlus 9 Pro: the “exclusive Hassleblad camera for Mobile” brings “multiple breakthroughs” in mobile photography, according to the firm, which says its camera are now on par with its big-name flagship rivals.

However, Hasselblad hasn’t been involved on the hardware side of things. Instead, the OnePlus 9 Pro features a 48MP main and 50MP ultra-wide lenses manufactured by Sony, alongside an 8MP optical telephoto lens and a monochrome lens. Where Hasselblad comes in is on the software side of things, with the OnePlus 9 Pro integrating the firm’s “iconic” colour calibration and an all-new Hasselblad-calibre Pro mode.

It’s clear to see where the improvements have been made - particularly when it comes to colour and accuracy. While previous OnePlus flagships have erred on the side of average when it comes to their photo-taking smarts, the OnePlus 9 Pro manages to produce natural-looking, well-saturated images - especially when shot in natural lighting. Images of plants, for example, are true to life and full of natural, realistic colours. Portrait shots capture realistic skin tones - something OnePlus phones have long struggled to do. 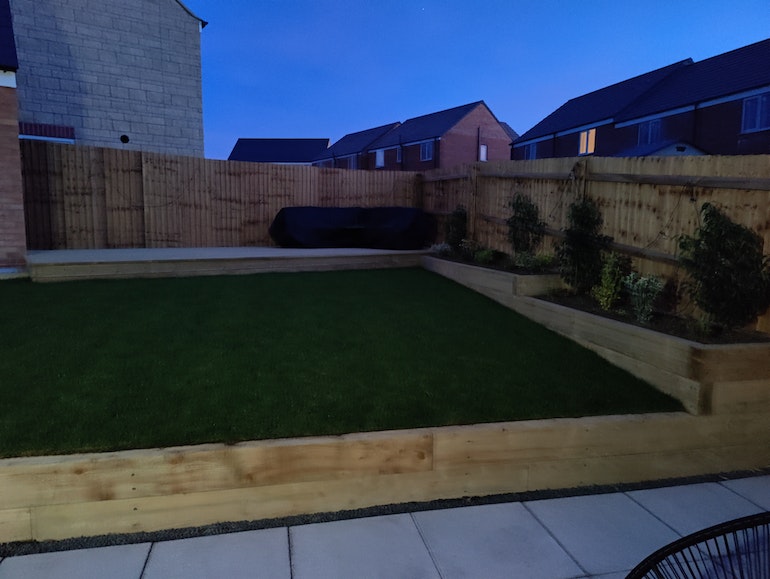 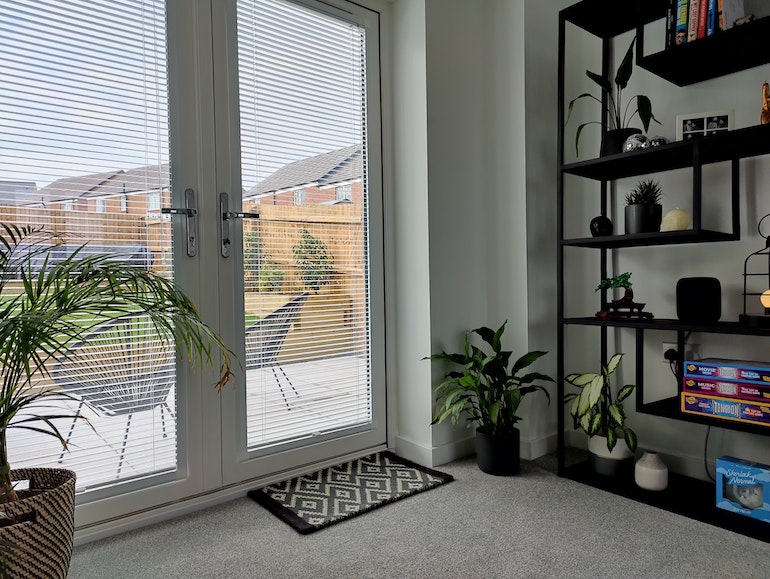 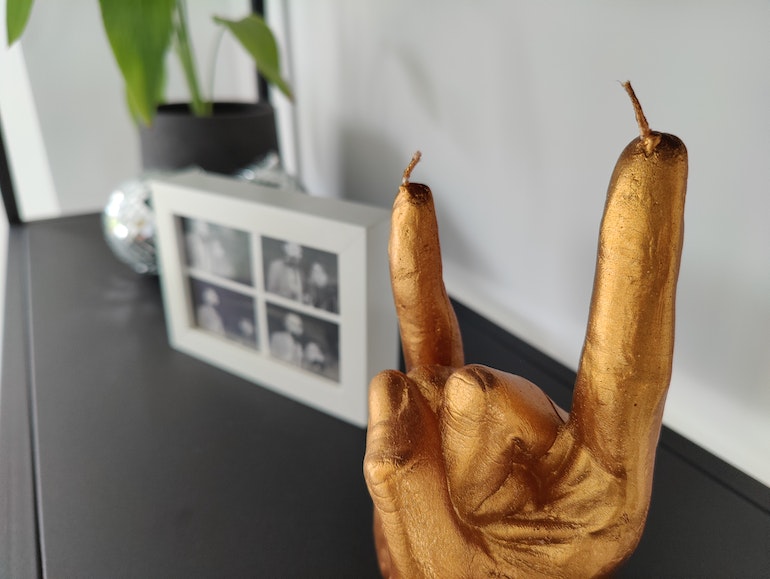 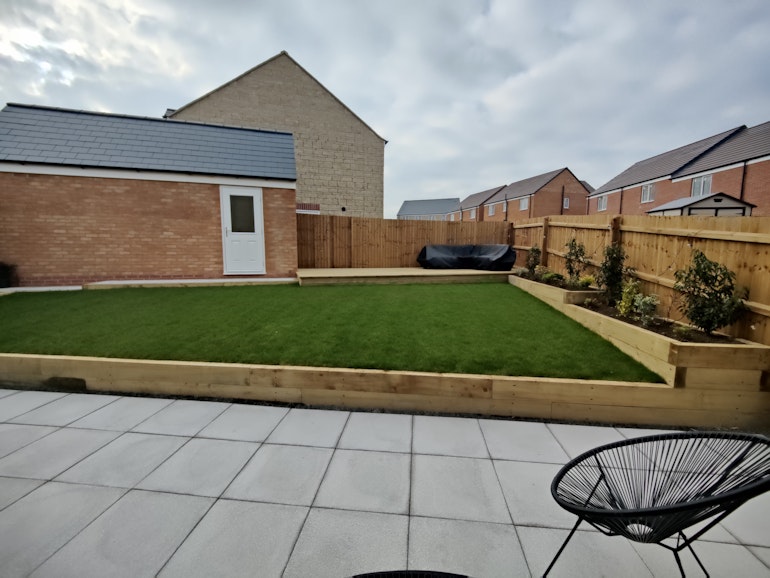 However, the most impressive thing about the OnePlus 9 Pro’s camera isn’t its Hasselblad callbiration - it’s the 50MP ultra-wide lens. OnePlus claims that the pioneering Freeform Lens uses a series of unique curves to correct the incoming light, bringing distortion at the edge of photos down to around 1%, compared to 10-20% on most smartphone ultra-wide cameras.

Though we haven’t measured exact percentages, OnePlus’ bold claims rang true in our real-world tests. Compared to our iPhone 12 Pro, the OnePlus 9 Pro’s ultra-wide photos crammed in much more actual photo and showed no signs of distortion around the edges.

The optical lens is impressive, too: the 8MP managed to capture natural-looking shots that didn’t become noisy or lose any detail, although it did struggle in poor lighting. The monochrome lens, on the other hand, is unlikely to ever get used. The sensor works in tandem with the main lenses to create “moody” black and white images, OnePlus tells us, but we found it an unnecessary novelty. 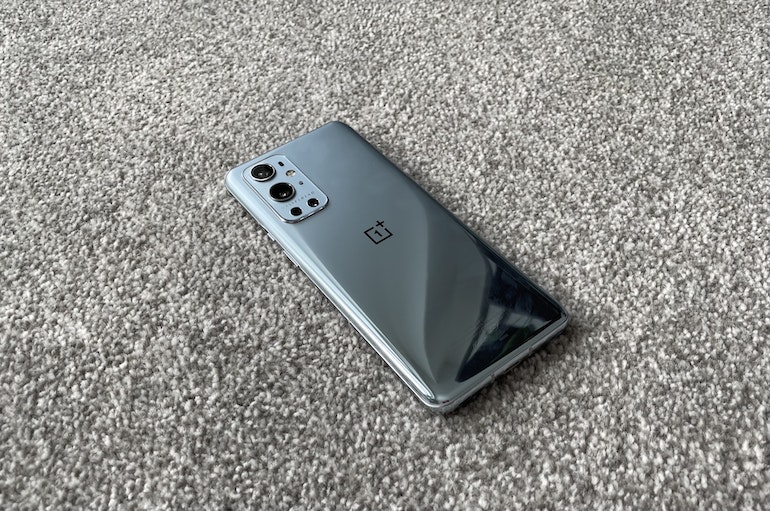 The OnePlus 9 Pro packs all of the specs you’d expect from a flagship device in 2021. It features Qualcomm’s latest and greatest Snapdragon 888 mobile processor, support for 5G connectivity, and either 8GB or 12GB RAM paired with 128GB or 256GB of storage, respectively. As you’d expect from a device with these credentials, the OnePlus 9 Pro is among the most powerful on the market, and it showed no signs of slowing down during our hands-on time with it.

However, the biggest advancements have been made in the battery and charging departments. The OnePlus 9 Pro is the first device to support Warp Charge 65T, which means the device can charge from 1-100% in just 29 minutes - 11 minutes faster than the OnePlus 8T.

The best part is that this is supported straight out of the box. While many recent flagships have shipped without a bundled charger, the OnePlus 9 Pro comes with a Warp Charge 65T charger included.

Warp Charge 50 Wireless is also supported, which OnePlus is touting as not only its fastest-ever wireless charging technology, but one of the fastest solutions in the industry, rejuicing the OnePlus 9 Pro from 1-100% in just 43 minutes.

In terms of battery life itself, the OnePlus 9 Pro is one of the longest-lasting OnePlus devices we’ve tested. We found its custom 4,500mAh battery would easily breeze through an entire day of moderate to heavy usage, whereas we found last year’s OnePlus 8 Pro would typically need to be put on charge at around 9pm every day.

On the software front, there’s not much to report. The OnePlus 9 Pro ships with Oxygen OS 11, the same software that powers the OnePlus 8T. Not much has been added in the way of new features, beyond analogue watch faces in Always On Display and the ability to open 30% more apps at once thanks to RAM compression. 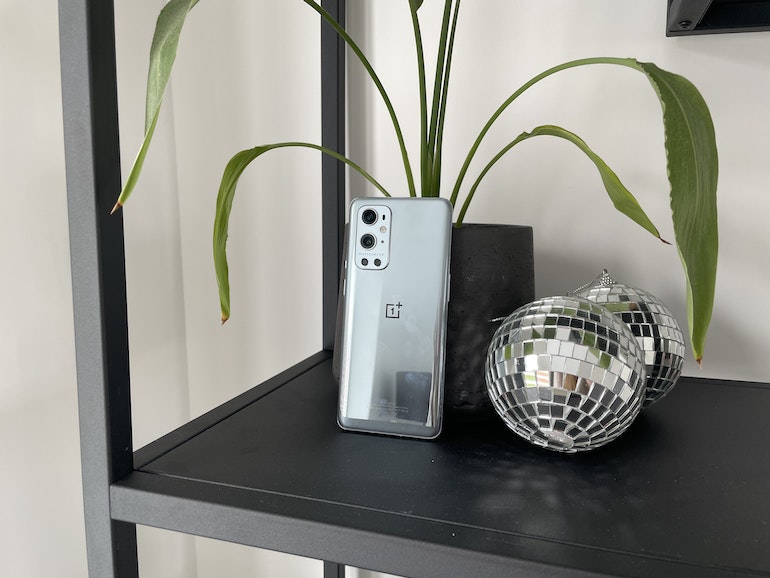 Price wise, the OnePlus 9 Pro starts off at £829, which is just slightly more expensive than its predecessor, the OnePlus 8 Pro, which started at £799 SIM-free.

Even if it’s a little more expensive, it would be hard not to recommend the OnePlus 9 Pro. The camera improvements make the handset a worthy competitor to the likes of the Galaxy S21 and iPhone 12, as although it still struggles in low-light, the OnePlus 9 Pro is capable of producing accurate, true-to-life shots, which is something that has been missing on previous OnePlus flagships.

That isn’t all the OnePlus 9 Pro has got going for it. It’s a great looking device that’s incredibly powerful, the screen is among the best we’ve used, and battery life is quite impressive - as is OnePlus’ souped-up charging technology.

Sure, it might be overhyped, but this is undoubtedly OnePlus’ best flagship yet.