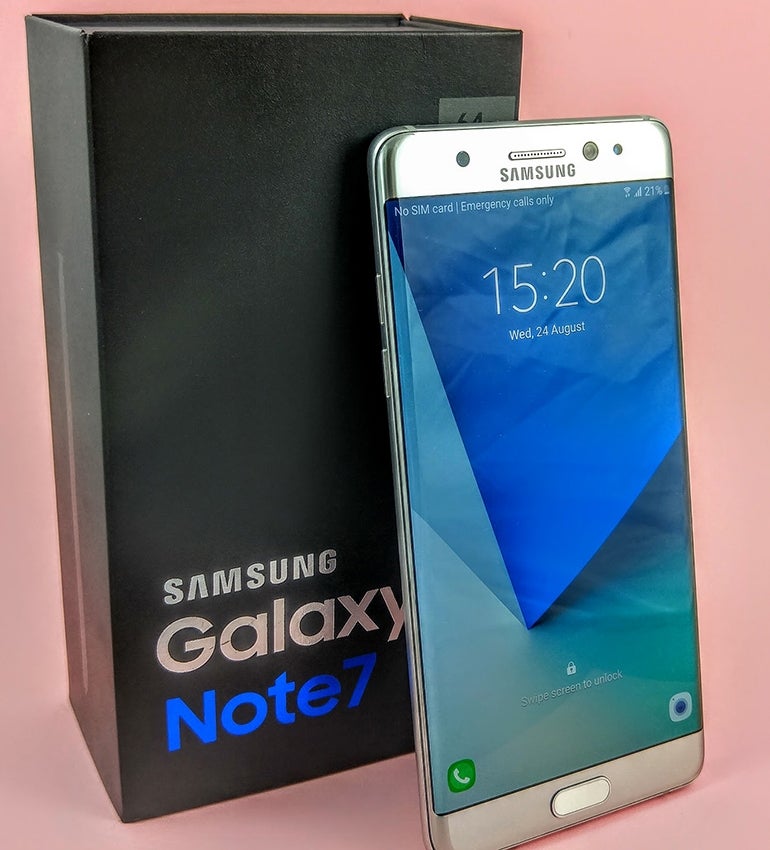 Back in 2011, when the original Samsung Galaxy Note burst on to the scene, it looked huge next to the competition.

At a time when the iPhone came in at a measly 3.5 inches, the Note's 5.3-inch screen was decried as comically, impractically large.

'No one will buy a phone that big,' experts claimed.

But they did. Within two months, Samsung had sold a million of them.

The Note went on to sell 10 million, and its successor, the Galaxy Note 2, did even better, notching up a monster 30 million sales.

Now we're onto the sixth instalment in the series, after Samsung skipped the Note 6 to bring the range in line with the Galaxy S7).

Competition is fiercer than ever at this end of the market, with Apple, Sony, Huawei and more launching their own big-screen handsets.

But even with all those rivals vying for your smartphone spend, the Note's return to these shores is a welcome one.

Samsung never released the Note 5 in the UK, so the last Note we saw was the Note 4, all the way back in 2014.

The Note 7 has the same 5.7-inch screen as its last two predecessors, and, if you're not used to phones this big, it could feel absolutely massive.

Too massive for some people, no doubt, though will suit others to a tee.

See how the Note 7 compares to the Galaxy S7 Edge in our head-to-head review.

Since we reviewed the Note 7 it has come to light that it is affected by a battery problem that causes the phone to overheat and in some cases explode. In response, Samsung has issued a product recall to replace faulty handsets.

Just like the S7 Edge, the screen is curved on both sides, so it wraps around the edges of the phone.

It's more of a cosmetic add-on than something of practical use, but it certainly looks striking and means the Note 7 stands out from the pack.

The back is also curved, but not in the same way as some of Samsung's other phones. Basically, the back mimics the front, with curved edges.

Add the rounded corners, and you've got a phone that feels really nice in the hand.

The S Pen stylus slots away into the base of the phone, near the right-hand corner. 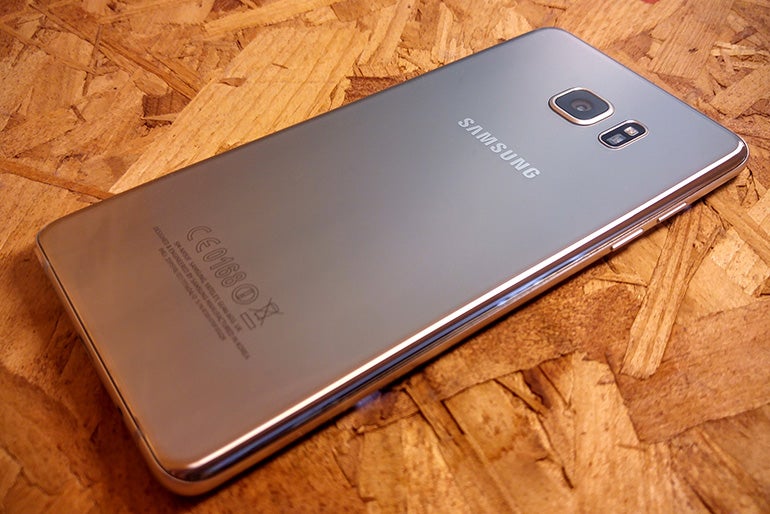 To withdraw it, push it in, and it's dislodged with a satisfying click. It's a seamless movement, and – like the rest of the phone – feels like it's built to last.

The handset recognises you've taken the stylus out, and lets you write a note on the screen without unlocking the phone first, which is a really neat feature.

You can then save this note for later, or delete it if it was nonsense.

Not only does the screen wrap around the edges of the phone, it also has a Quad HD (QHD) resolution. That means it has 2,560x1,440 pixels, which is very sharp indeed.

Even stretched over its near-6-inch size, video looks as sharp as on any phone we've ever tested.

Photos look excellent too, so it'll be a real boon for photographers who like showing off their work.

Colours really pop from the screen without looking artificially enhanced and too Day-Glo, like some phones.

The Note 7 is a world-first too – it's the first phone able to display HDR videos.

HDR stands for High Dynamic Range, and is a method of adding greater brightness and luminosity to an image, so that the dark parts look darker, and the light parts lighter.

It adds more depth to an image, which makes videos more engrossing.

And it works. In the demo video, the snow-capped mountain peaks in the distance were just as clear as the sports cars in the foreground.

Admittedly it's a niche technology at the moment, especially on phones. But it's definitely a feature you'll want to show off.

The always-on screen stays black when locked, but always shows the time, date, battery level, and notifications for emails and text messages.

This lets you see what's happening at a glance, without having to unlock the phone. Not only is it great time-saver, it'll also preserve precious battery life.

The S7's always-on display only showed notifications from the stock phone and messaging apps, but the Note 7's includes other apps like Samsung Pay, Google Hangouts and Inbox. Which makes it a lot more useful.

Look closely, and you'll see a tab on the right-hand side. Drag this left, and it gives you access to apps and shortcuts, both of which you can customise.

Again, it's not a game-changer, but proved to be a handy and quick way to access our most-used apps.

That's not all. The screen has yet another trick up its sleeve: an iris scanner, which means you can unlock the phone just by looking at it.

It works just like the IRIS (Iris Recognition Immigration System) that was previously found in airports – you position your eyes so they're inside the two circles on-screen.

The video image of you that appears on-screen is black and white and low resolution. The result reminded us of the look and feel of The Blair Witch Project.

Registering our eyes was easy enough. But then every time you want to unlock the phone using it, you have to hold the handset exactly the right distance away from your face.

And that's after you've pressed the 'wake' button on the side of the phone (or the home button), and swiped up to enable iris recognition.

That's two steps too many for us, especially seeing as we can use fingerprint recognition to wake and unlock the device with one press of the home button.

The system is quick to recognise your eyes, though. No sooner have you caught sight of your eyeballs on-screen than the phone unlocks.

But it's a bit cumbersome and ill-thought-through to be really usable.

Kudos for Samsung for adding the technology and being ahead of the curve with it, but we'll stick with the fingerprint scanner for now. 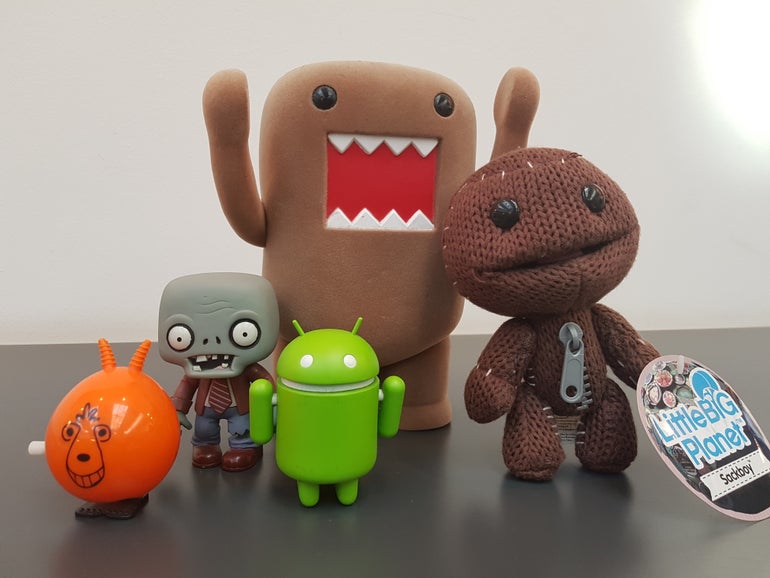 The Galaxy S7 has one of the best cameras we'd ever tested in a phone, so the Note 7 has big shoes to fill.

But fill them it does, thanks to Samsung's decision to include the same 12-megapixel camera as the S7.

That means you get fantastically clear photos in low light with minimal 'noise', which is the term for the graininess that can make it look like you're taking a photo through a swarm of tiny bees.

Optical image stabilisation keeps everything steady. This is especially handy in low-light, as a slower aperture speed – which is used to let in more light – can often lead to blurry photos.

It performs just as well in decent lighting. Snaps are bursting with detail, and the colours 'pop' without ever being unrealistically vibrant.

The huge screen is great for framing your snaps too, giving you an idea how the photo will look.

There are bags of settings to play with. A swipe left gives you all the manual options you could want, including panorama, slow motion, food and hyper lapse.

Tapping Auto, meanwhile, drops you in at the deep end of the photography world, with settings like ISO and white balance to tinker with.

But most people will be quite happy snapping away in auto mode. And we can't blame them, seeing as it gives such good results.

4K video recording comes as standard, and there are a couple of nice extras. You can double-tap the home button to launch the camera even when the handset is locked (as long as you have fingerprint unlocking switched on); and switch to the selfie camera just by swiping up on the screen.

All in all, it's idiot-proof but gives you professional-quality results. Which is exactly what we want from a camera.

Downsides? The selfie camera does tend to smooth out your imperfections a little too much – if you're not careful, you'll look like you've had work done.

But apart from that, it's a huge thumbs up on the camera front.

As you'd expect, the Note 7 is no slouch when it comes to performance.

Even the most demanding games and services we could throw at it ran without a hitch.

4K videos played with no slowdown or juddering, and the phone absolutely flies through menus.

It almost goes without saying that apps open in the blink of an eye.

This is all thanks to the 2.3GHz quad-core processor, which partners with 4GB of RAM to provide truly blistering speed.

Samsung's TouchWiz software is less annoying than in previous incarnations, but it still looks a bit childish for our liking.

The firm should stick to what it does best – making hardware – and leave its phones running Android without its customisations.

The S Pen stylus is as much a part of the Galaxy Note range as the massive screen and its end-of-summer arrival of shop shelves. And for this version, Samsung has gone all out.

For the first time, the S Pen is waterproof, just like the Note itself.

That means you pull out the S Pen while you're underwater and write away to your heart's content, whether you're bobbing around in the ocean or sitting on the bottom of the swimming pool.

Can't say we'll use that feature much to be honest. But again, it shows Samsung is pulling out all the stops.

Click the button on the side of the S Pen, and you'll bring up a menu of stylus-specific actions.

Translate, for example, lets you translate a foreign word or phrase by just hovering the S Pen over it.

You can also hear the word spoken aloud by clicking the loudspeaker icon. Those days of embarrassing pronunciation are over.

You can even make GIFs with it, using the Smart Select feature. Start a video playing, activate Smart Select, and draw a window over what you'd like to turn into a GIF. And that's it.

You have to be quick though – the video has to be playing before you activate Smart Select. Still, it's a lot of fun.

The Note 5 also had an annoying flaw that meant it broke if you inserted the S Pen the wrong way around.

Worse, Samsung blamed its customers for the issue for not reading the instructions.

Thankfully it has fixed this problem, so you can insert the stylus any way you like.

Unfortunately, the Note 7 isn't cheap. Not by any stretch of the imagination.

Certain deals bundle in the Samsung Gear VR virtual reality headset too, which usually costs not far shy of £100.

Samsung has done it again. The Note 7 improves on its predecessors in almost every way. And would have even better still if Samsung had opted for simpler software.

Nevertheless, if you want a big smartphone and like the idea of jotting down notes or doodling on the screen, the Note 7 is the phone for you.