After last year’s Note 7 proved a disaster due to exploding batteries, most of us thought the Note brand had gone up in flames along with the handsets.

But happily, Samsung has decided to revive the name with this year’s Galaxy Note 8 to great acclaim.

And perhaps the most impressive feature is the Note 8’s camera.

While Note 7s were literally blowing up in customers’ faces last year, smartphone fans and camera enthusiasts were all gushing over the dual lens camera on the iPhone 7 Plus. So it’s no real surprise that Samsung has taken a similar approach for this year’s Note 8.

Just like with the iPhone 7 Plus, the main camera on the Note 8 has a wide-angle lens designed to let in as much light as possible, with a secondary camera with a “telephoto” lens that delivers true 2x optical zoom.

Zooming in on the Samsung Galaxy Note 8

The Note 8 is the first dual-camera phone with Optical Image Stabilisation (OIS) on both cameras, meaning that even when using the x2 zoom, your photos will be free of motion blur. 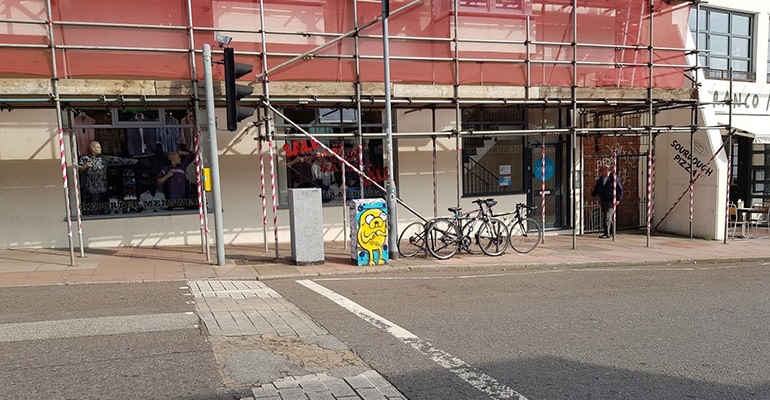 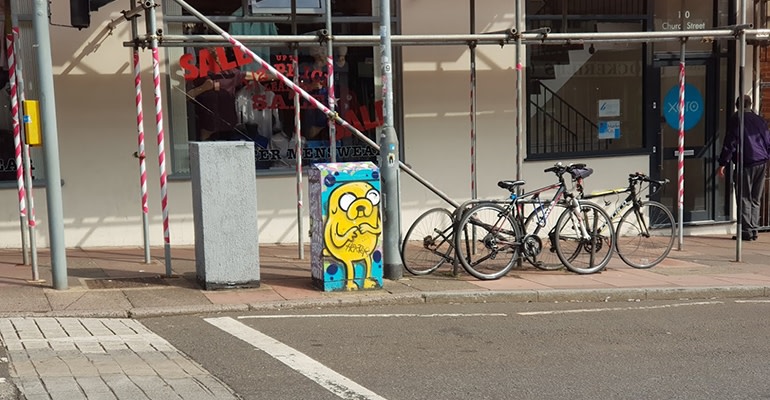 Main lens vs 2x Zoom Lens. OIS works brilliantly and I was impressed by the sharpness of the shots taken without too much preparation.

The best way to make your subject appear bigger when taking photos with your phone is to get closer to them. But inevitably, there are times when this just isn’t possible.

At such times, many will opt for the classic Digital Zoom, which you get by making the familiar pinch gestures on the screen. But, as all you photography enthusiasts will know, this almost always results in a noticeable loss of quality and an increased chance of blurred images.

On the Note 8, however, there is another option that will let you zoom in without losing all semblance of image quality. Simply tap on the little “2x” icon on the right of the camera interface.

This allows you to switch to the second “telephoto” lens, so you can bring the subject closer with minimal loss of quality. 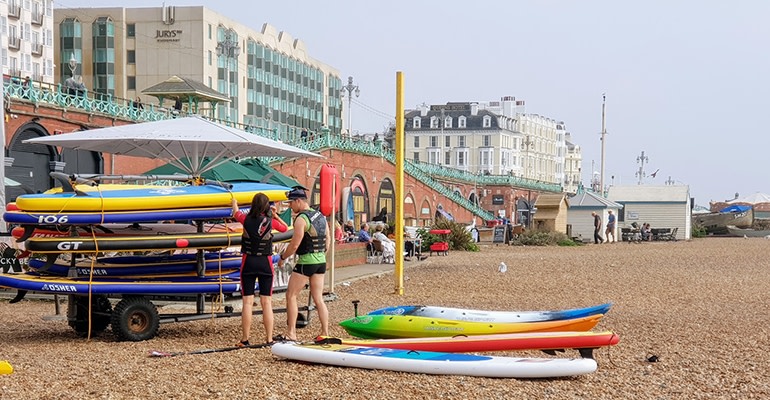 A beach scene taken with the 2x zoom. In full daylight the telephoto lens performs well, even with moving subjects.

The secondary lens has a narrower aperture, which lets in less light. So it’s not ideal for low-light situations and takes slightly longer to focus. However, it performs pretty well in most situations and it lets you capture things happening in the distance without sacrificing all image quality. 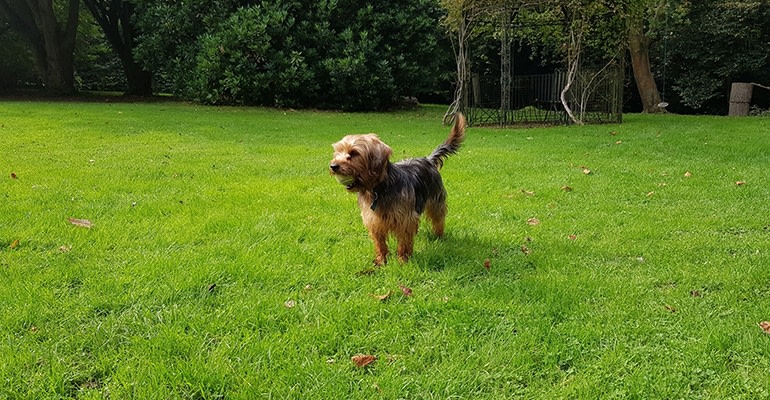 Standard lens above and x2 zoom below. The zoom has a softer quality and the sunlight is less noticeable, yet it manages to capture a subject that was in constant motion with good results. 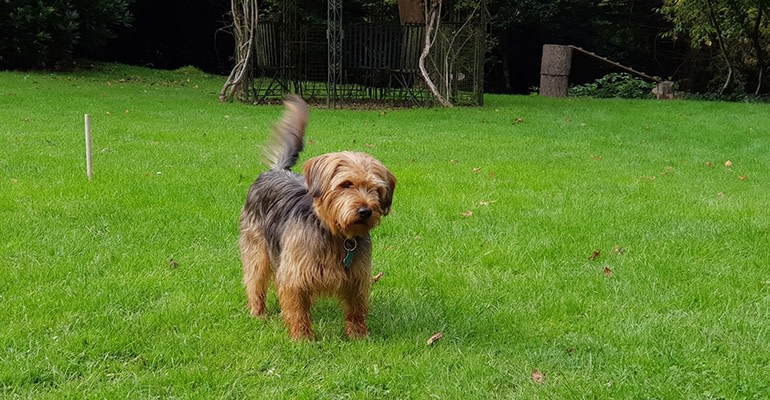 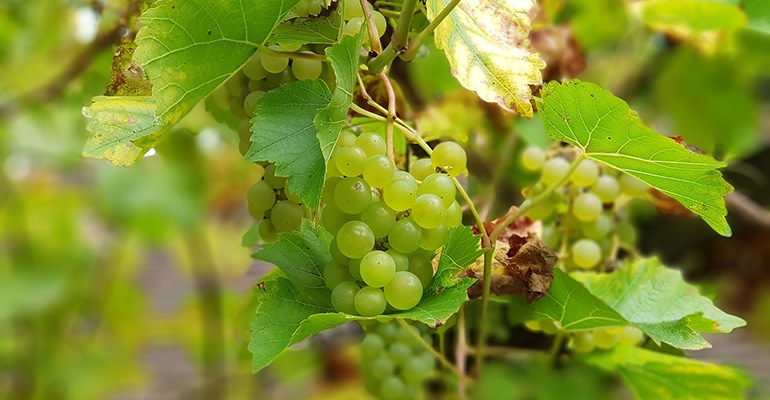 Browning leaves and plump grapes for that end-of-summer feel. Add an inspirational quote and you’re ready to break Facebook.

The Note’s Live Focus feature gives you the ability to add that pleasing blurred-background effect to your images that makes your subjects stand out to create perfect portraits with minimum effort.

Also known as “bokeh” effect, this was only possible with expensive DSLR cameras fitted with a suitable lens until very recently.

More than a few phone manufacturers have tried to recreate this effect with different techniques and mixed results. I am pleased to say that the Note 8 executes it really well.

While it’s still far from the result you would get with professional equipment, once you get to grips with it, you can compose some really professional-looking shots.

The Live Focus button is visible whenever the camera app is open and tapping on it will show a slider that can be used to adjust the level of background blur. The results are impressive. 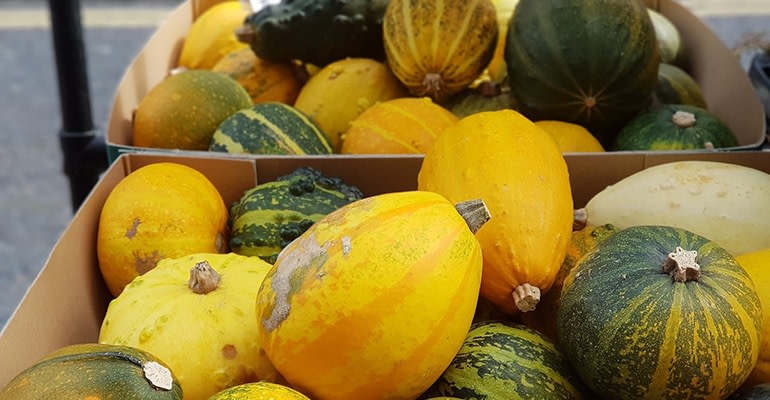 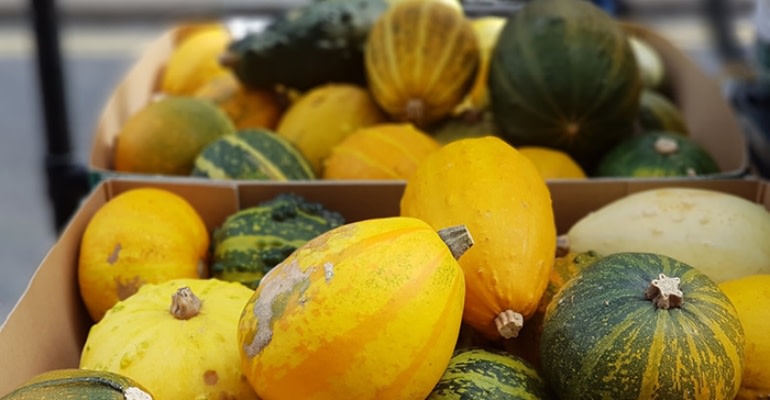 My first try of the “Live Focus”. A soft background does a lot to bring up the brightly coloured squashes at the front.

The feature is also ideal for close-ups and product photography and I can see how it can make for great looking Ebay listings. 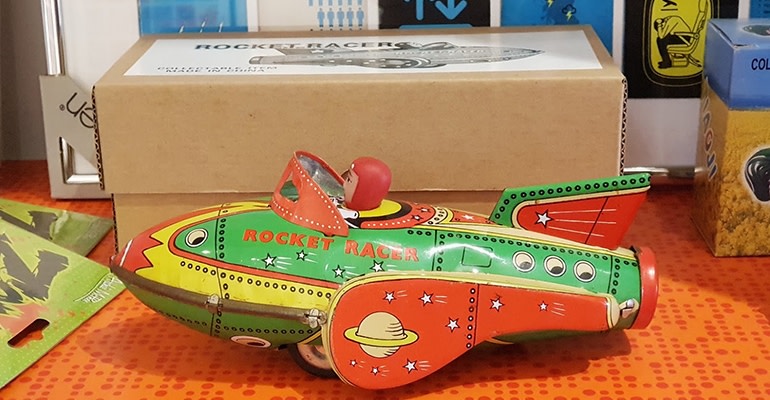 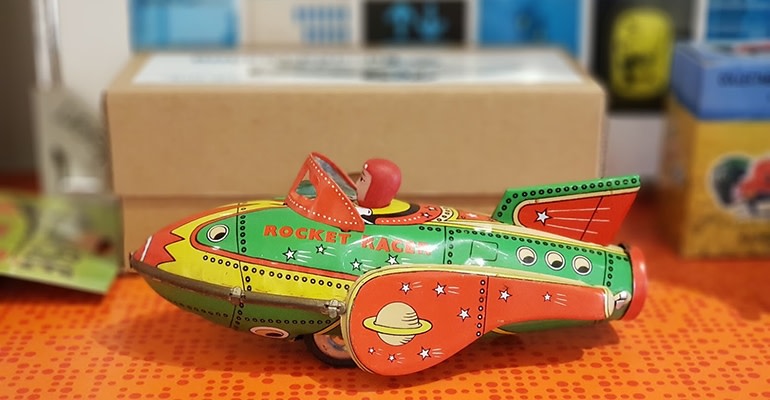 A soft focus background is a great way to highlight an object.

The level of background blur can also be adjusted after the picture has been taken thanks to the Dual Capture mode. Any photo taken with Live Focus enables you to edit the level of soft-focus or even to switch to wide-angle mode. Of course photos taken this way will use a lot more of your storage than standard images.

When opening any Live Focus image in the Gallery app you can adjust the level of blur. Depending on the situation this can result in loss of details especially in complex compositions in challenging light conditions. 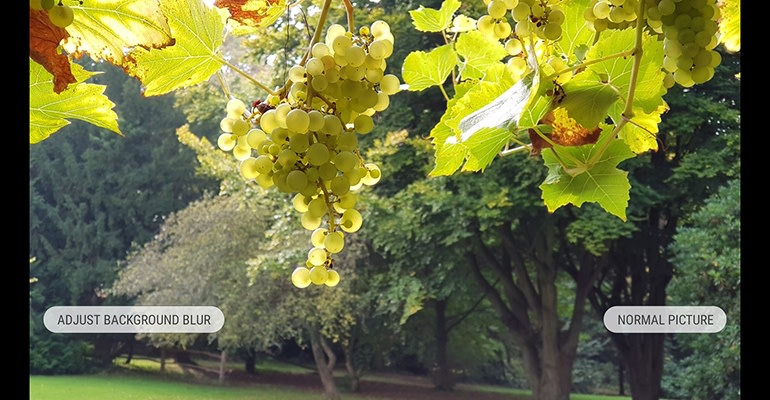 You can Adjust Background Blur or just switch to standard lens. 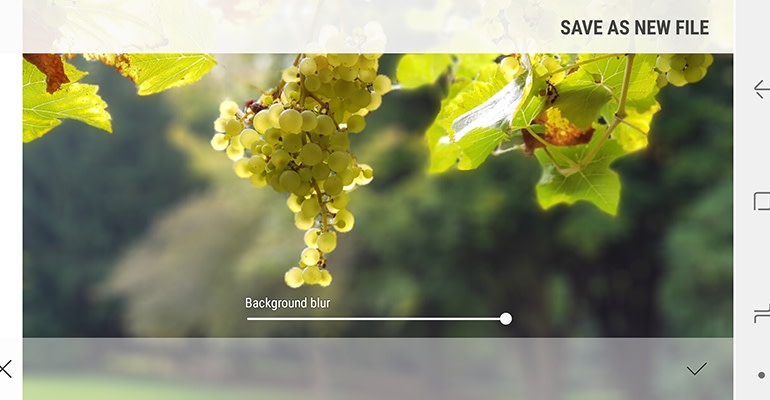 When adjusting the blur level you start to notice the compromises made to achieve the effect, especially in challenging light conditions. 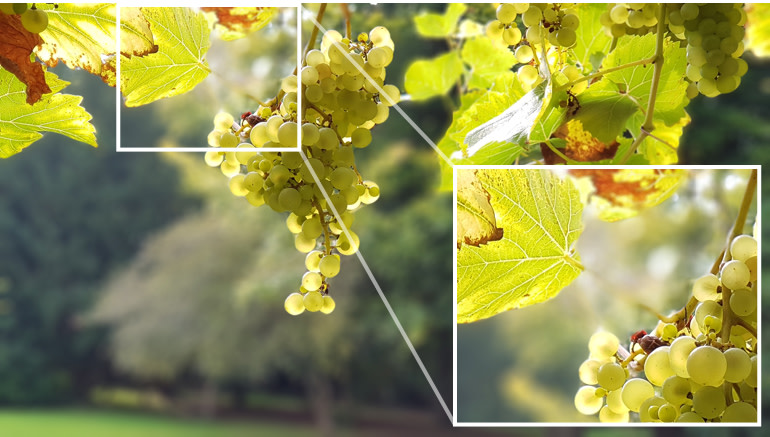 Notice how the stem on the top right of the bunch of grapes disappears with the background resulting in a floating leaf. 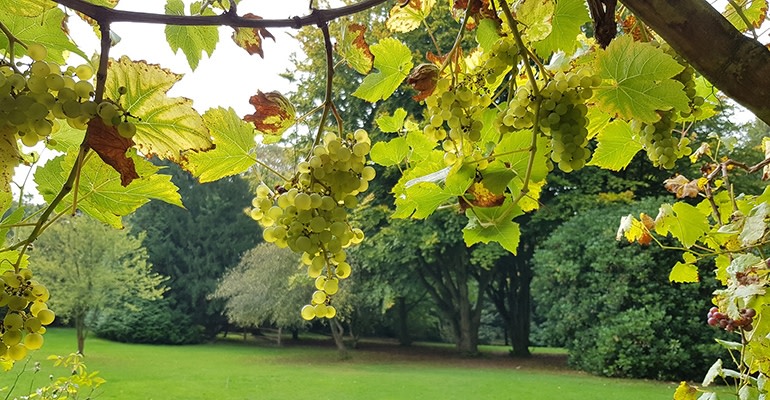 The same image in “Normal” mode which uses that standard wide-angle lens. 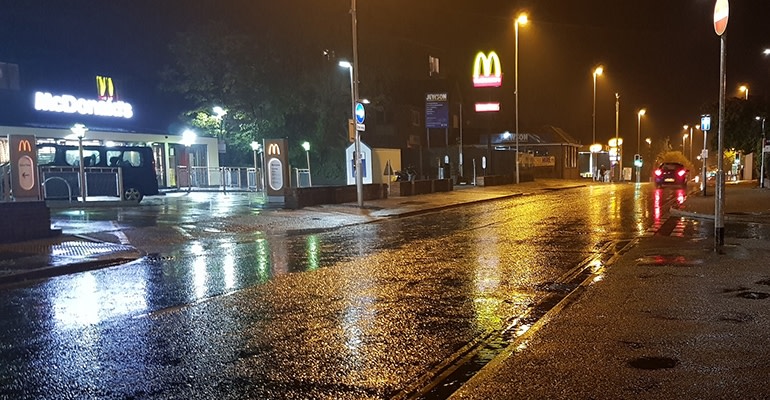 The large aperture of the standard lens performs pretty well in low-light but don’t expect miracles. A night scene will require a steady hand to avoid blurring. Still I am very impressed by the level of detail in this shot. 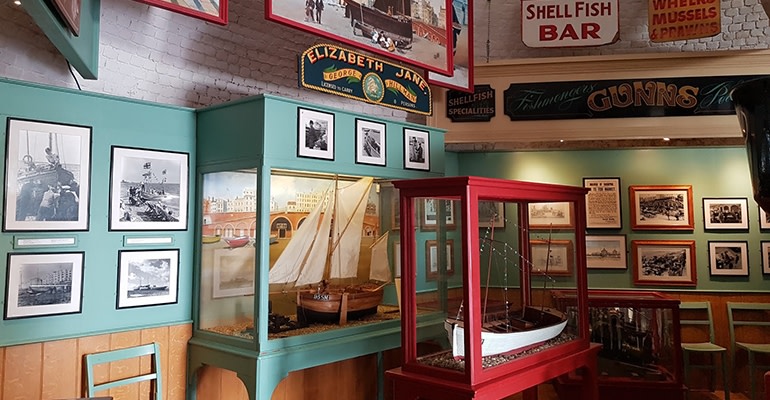 The main camera does a great job of picking up dark areas in vivid colours even in a dimly-lit room.

The pro-mode is something we’re seeing more and more in high-end smartphones. It allows you to adjust exposure levels, aperture, shutter speed and ISO. You can even set the focus to manual too. 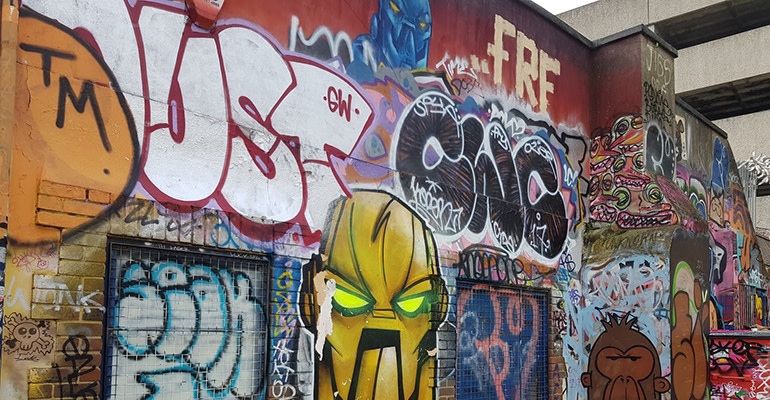 But the controls are pretty fiddly to use. So even though you can preview the effect, I can’t imagine it’s a feature I’ll ever really need. 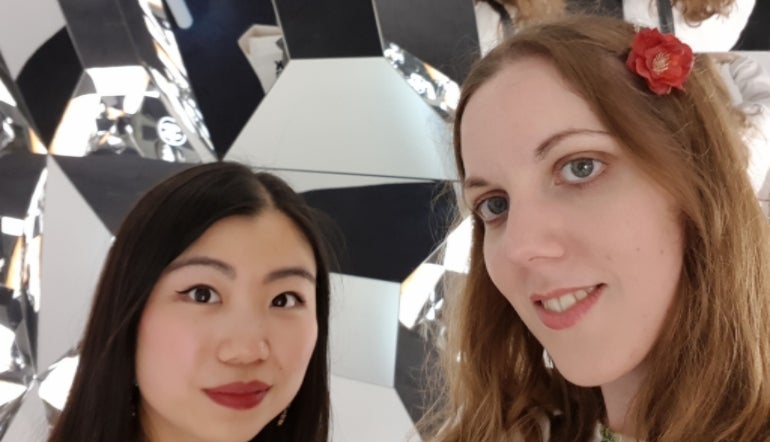 With a very wide aperture and a resolution of 8MP, the secondary selfie camera delivers the kind of quality you would find on a main camera of a flagship phone only a 2 or 3 years ago.

My only gripe with it is that the Beauty Mode switched on by default.

Beauty Mode is a little known feature of many selfie cameras that essentially airbrushes your face by removing freckles, wrinkles and other “imperfections”. In some cases it even gives you the options of making your eyes bigger or your face slimmer.

So if you want to capture your real face rather than some uncanny action-figure version, deactivate this feature by tapping on the face icon when in selfie-mode and pull the slider down to zero.

The Hyperlapse mode is surprisingly good. The image is amazingly steady and you can shoot for minutes at the time with minimal shaking.

I can’t say the same for the slow-motion though. Not only does the resolution drop to 720 but there is a noticeable heating up of the phone and drain on the battery.

After shooting 5 or 6 slow motion videos and 6 or 7 stills, the battery charge dropped by around 10%. 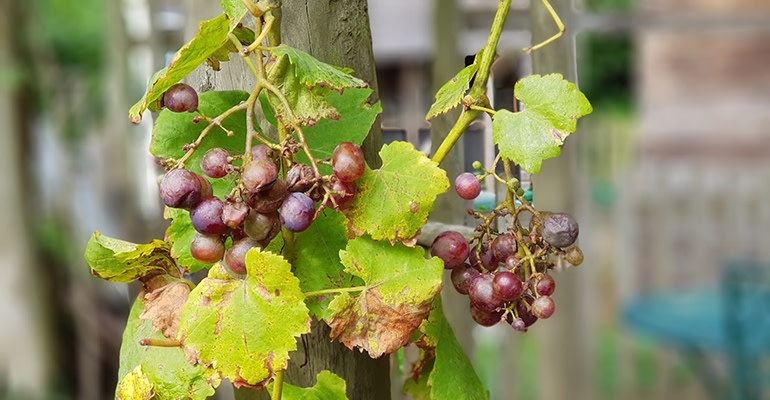 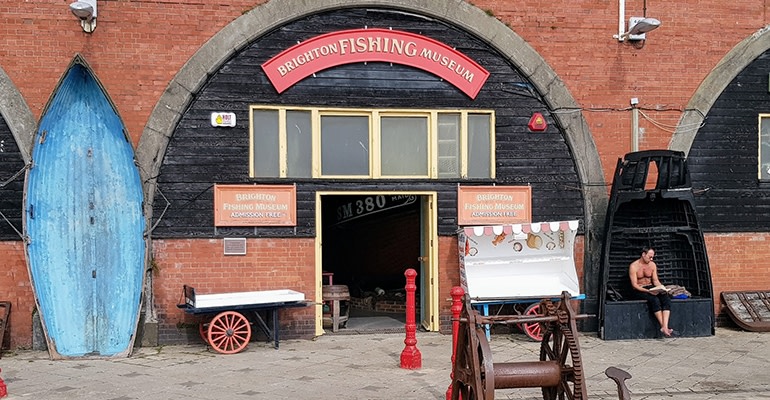 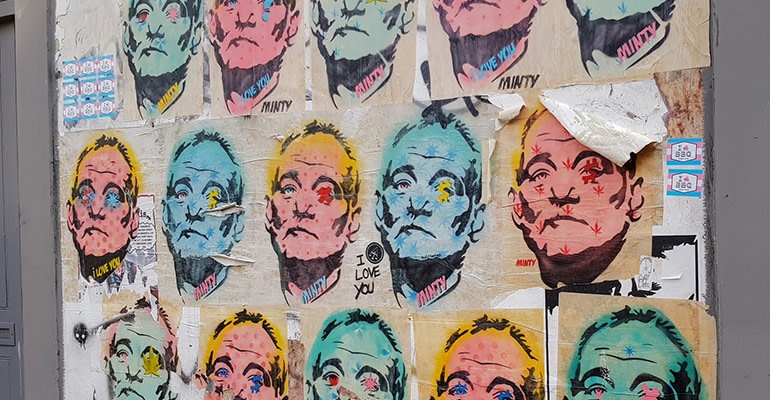 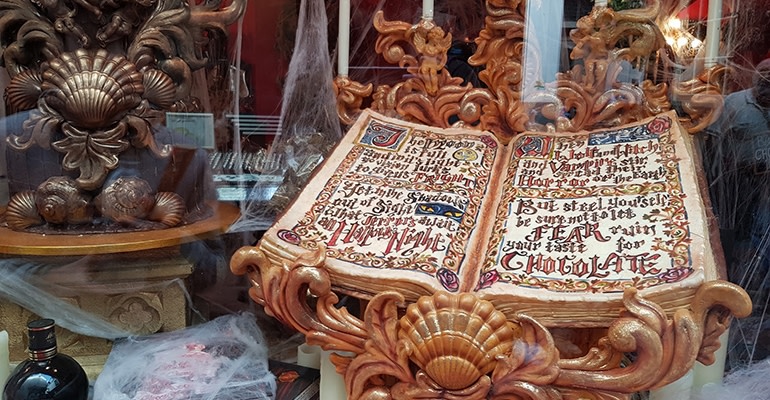 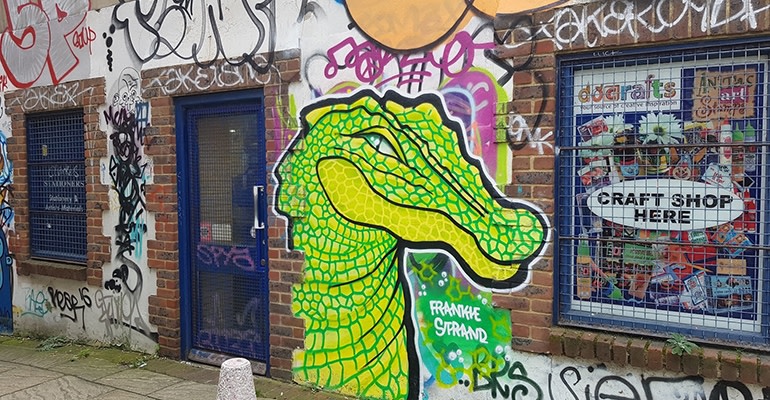 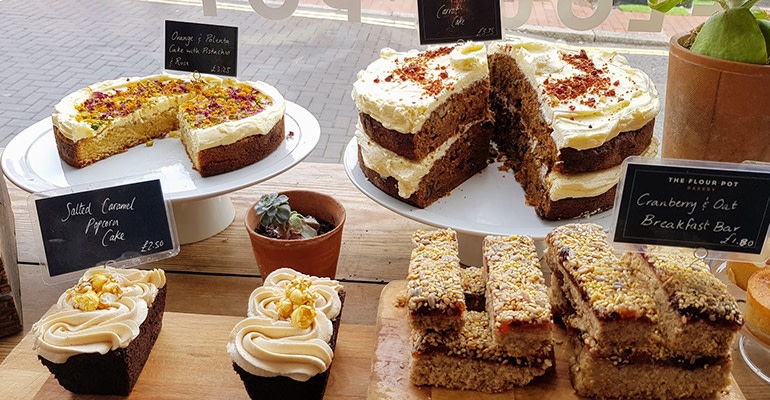 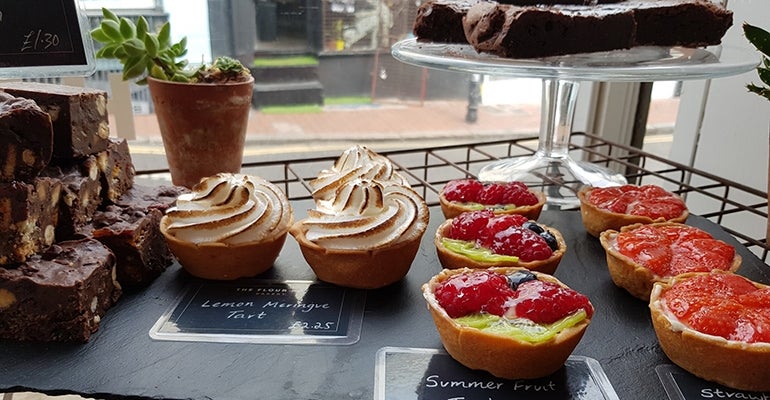 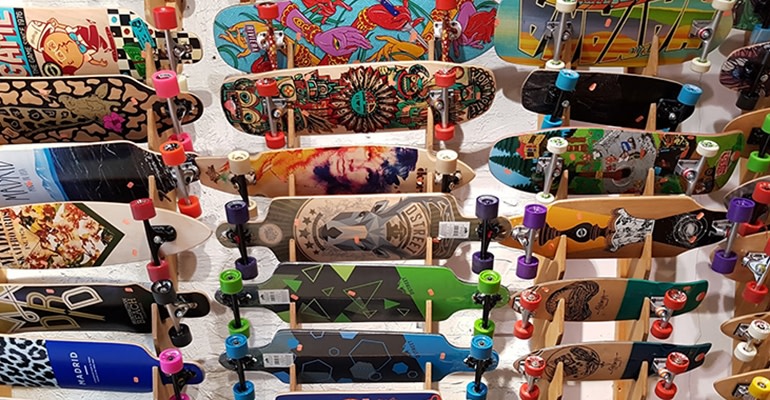 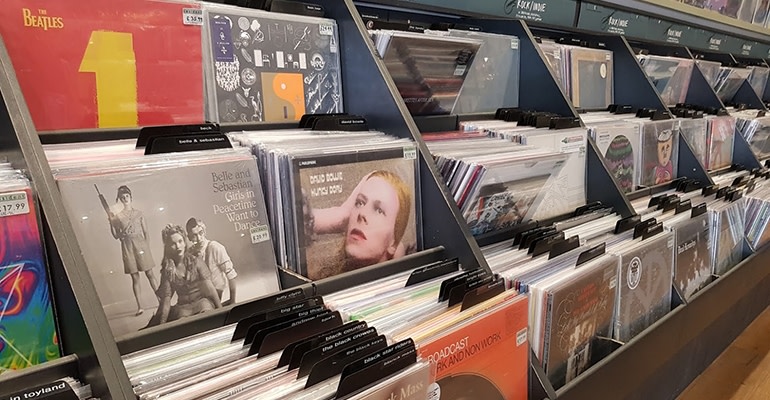 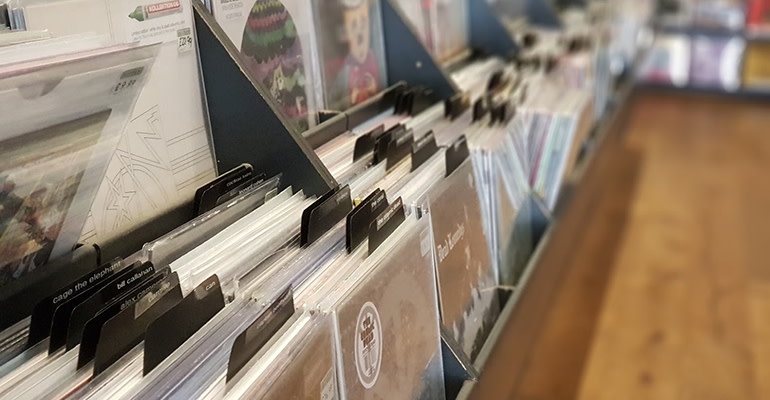 The Note 8 is not without flaws. Its big body and all-around glass can make it unwieldy and taking pictures with one hand is out of the questions.

Ergonomics aside though, the camera is one of the best you can find on a smartphone at the moment.

Except for shooting hi-res videos, the camera didn’t seem to drain the battery too much. So you can get through a whole day of photography without having to recharge.

Images can look a bit oversaturated at times and you’ll find that they look best when seen on the screen.

On this basis, avid photography enthusiasts may decide that it’s not quite time to retire their DSLR camera just yet.

Having said that, this is one of the best executed dual-camera setups I’ve seen and the Live Focus mode is something I could not get enough of.

If you’re in the market for a large screen phone or you’re a photography enthusiast looking for a smartphone with a cracking camera, you won’t find better than the Note 8.

Tempted to get Samsung's latest phones? Check out all our best Samsung Galaxy Note 8 deals.