The Samsung Galaxy S6 and iPhone 6 are two of the best smartphones around right now.

They’re both very highly specced, extremely desirable in terms of design and have bags of features. But there are plenty of differences between them.

Read on as Uswitch, the UK’s largest and most respected mobile phone comparison site, pits the handsets against each other to help you find the best smartphone for your needs.

The iPhone 6 is the first Apple phone with a 4.7-inch screen. Its predecessors, the iPhone 5, 5S and 5C, all had 4-inch displays, so this is a step up for Apple. That said, it’s still relatively small compared to others on the market.

Samsung’s Galaxy S6 boasts a metal body, which is a departure from its plastic predecessor. It too is an absolute stunner design-wise, and it runs Android, Google’s mobile operating system. 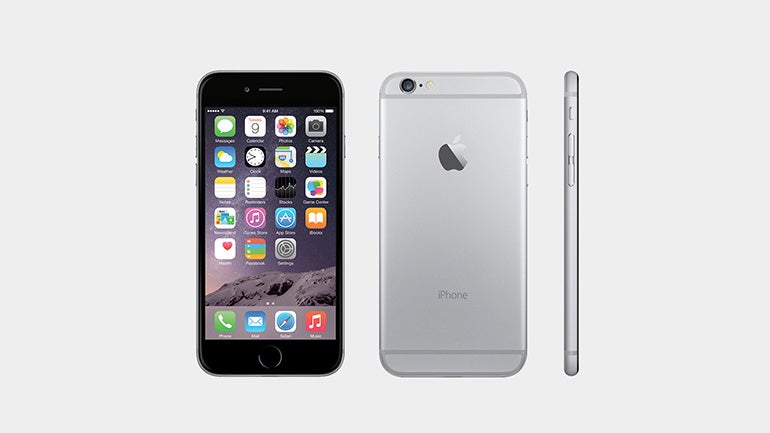 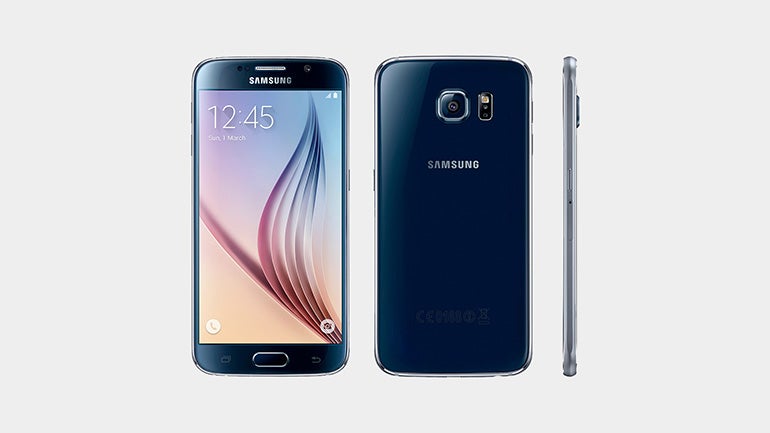 The iPhone 6 has a new premium aluminium body and rounded corners that give it a friendly, though no less stylish, appearance. It’s amazingly slim – so much so that the camera lens protrudes from the back a little – and feels natural in the hand.

Compared to its predecessor, the Samsung Galaxy S6 is unrecognisable. Its sleek metal and glass design is up there with the best of them. 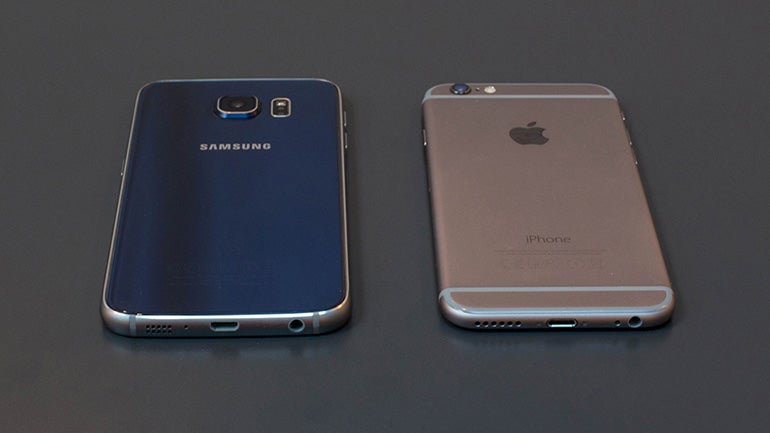 The iPhone 6’s Retina HD screen is a little smaller than the Galaxy S6’s, but it still packs plenty of punch. And it performs especially impressively when viewed from wide angles, so it's easier to enjoy clips with your friends.

The Galaxy S6 boasts A 5.1-inch, 2K display, giving it a pixel per inch count of 576ppi. That extra sharpness, combined with the bigger size, is really noticeable side by side. But on their own, both phones are very impressive. 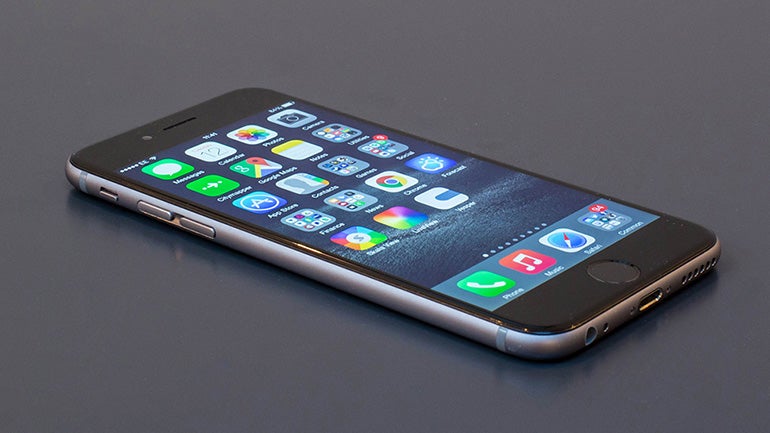 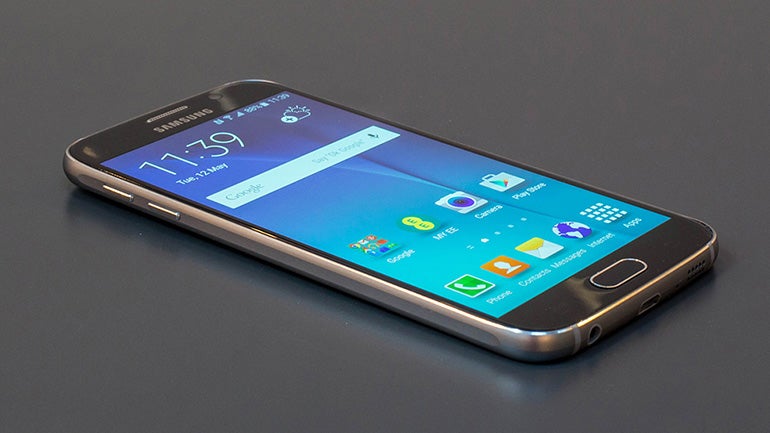 The iPhone has long had one of the best cameras to be found in a mobile. And the iPhone 6 is no different. It’s quick to start up, simple to use and has a ton of features, such as auto HDR which enhances the difference between light and dark colours to give a more balanced image.

The Galaxy S6’s snapper has twice the resolution of the iPhone 6’s. But, as we’ll explain, that doesn’t tell the whole story. What it does have over the iPhone 6 is the inclusion of optical image stabilisation, though. 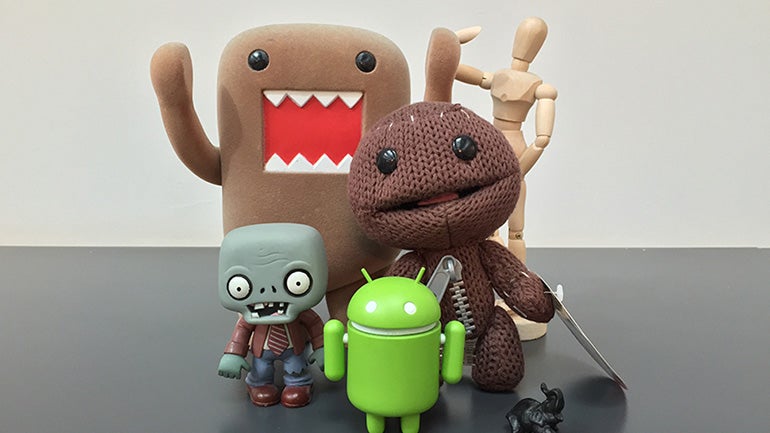 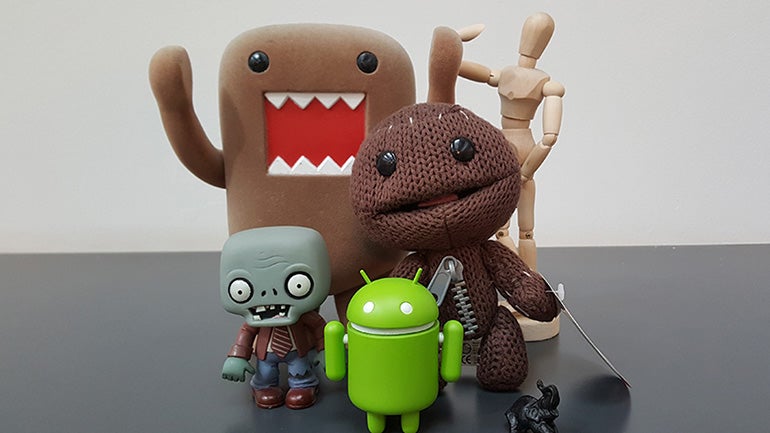 On paper the Galaxy S6 has the edge over the iPhone 6 in this category.

Its battery is larger than the iPhone 6 and it’s home to a brawnier processor. But does that necessarily mean it performs better when it comes to real-world usage?

Not many people are going to buy these handsets outright due to their premium price tags. Monthly deals are a better bet, as they spread the cost over two years.

But the good news is that both hold their resale value, so you'll get some cash back when you upgrade. You can currently pick up a second-hand iPhone 6 for around £400, and a Galaxy S6 for £420.

For years, Samsung has been playing catch-up. With this latest effort it has finally matched, and in many aspects, trumped Apple.

It's a points decision rather than a knockout blow. But we're awarding this one to Samsung.

It's a Samsung civil war. But when the smoke's cleared, which phone's best?

It's Apple against Apple, this year's phone up against last year's.