Sony is back with a new Xperia range designed to cover all budgets. The Xperia L4 sits at the cheaper end of the lineup and retails at around £170. What you get is a compact handset with a low-cost LCD screen and just enough processing power to cover basic functionality.

The L4 body is narrow. Rather than stick to the widely used 20:9 display ratio, Sony builds its phones around a super-wide 21:9 ratio. The result is a device you can easily wrap your hand around, even though it packs a large 6.2-inch screen. Besides the tall screen design, it is the materials used that set aside the L4 from other budget devices we have reviewed recently. Rather than a glass-like reflective back, the body of this Sony budget phone is made of matte plastic that curves around the sides. 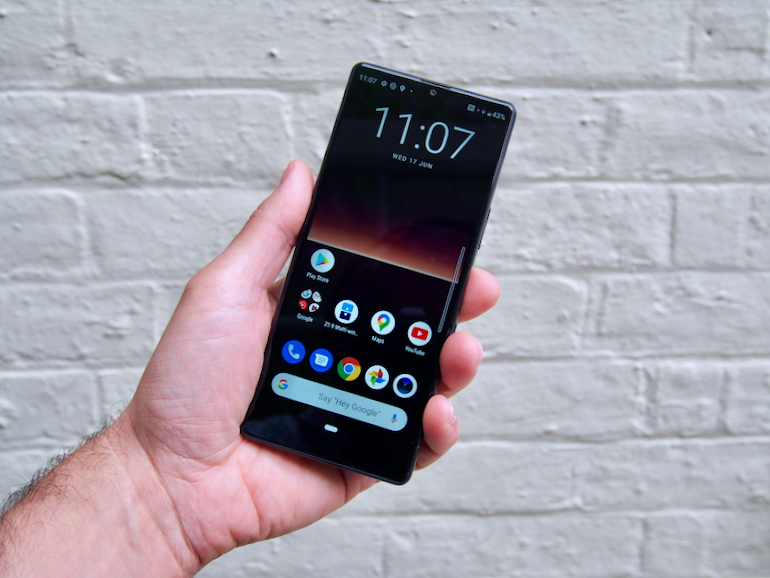 Thanks to the narrow design, the Xperia L4 feels compact despite the generous 6.2-inch screen 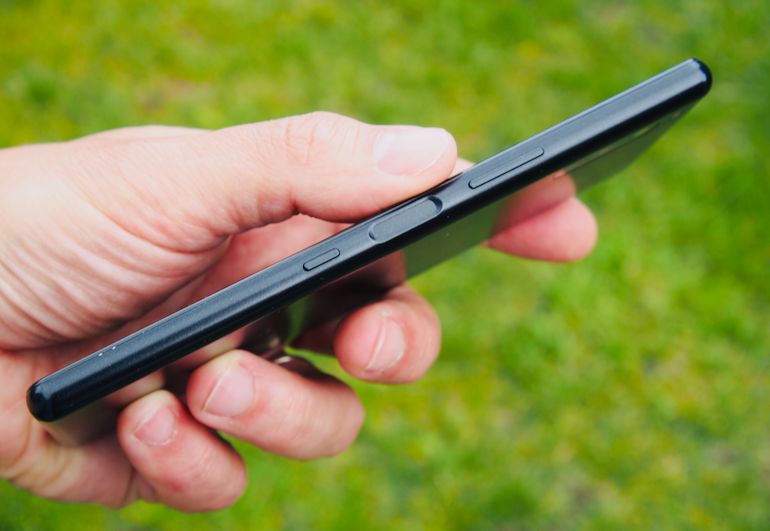 On the right side you will find the volume rocker, fingerprint sensor and power button. On the left side, you'll find a SIM drawer that can take up to two SIM cards. This is not a true Dual-SIM however but a Dual-SIM Stand-by. In this configuration the user has to specify which of the two SIMs can make and receive calls. 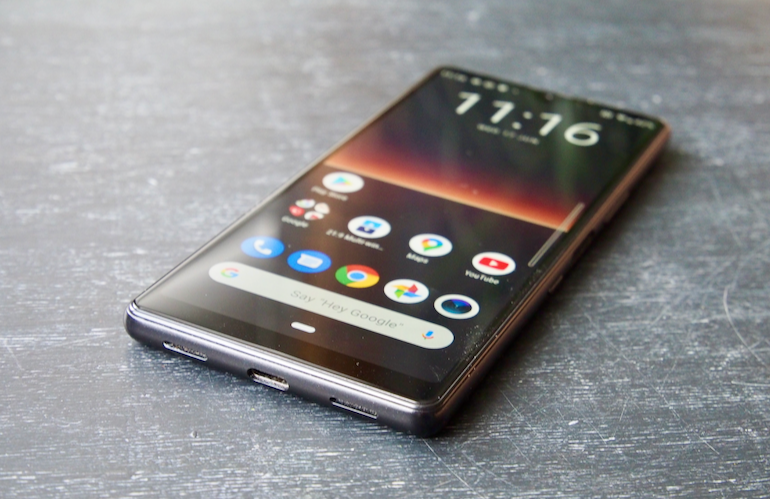 Headphone jack at the top and the camera lenses flush with the backplate. The L4 may be cheap, but the design gets the fundamentals right. The L4 has no water or dust resistance certification. Not a surprise for a sub-£200 device. 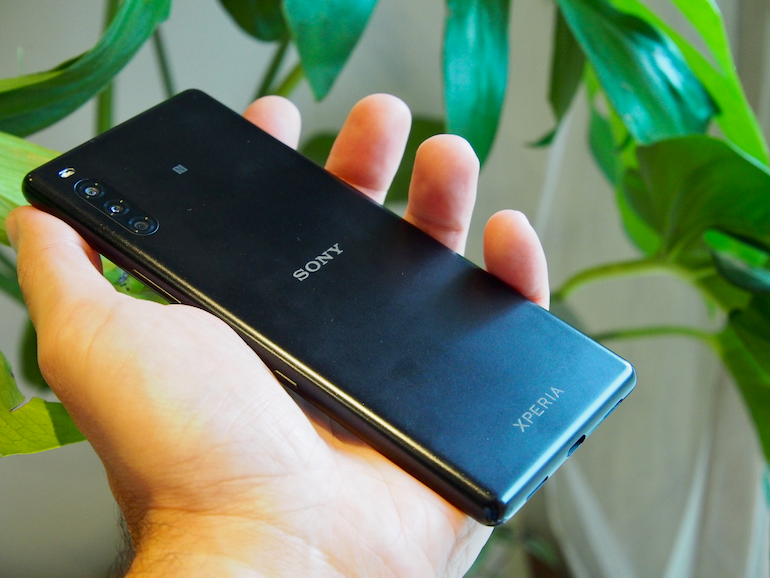 There is no mistake when handling the Xperia L4, that this is a budget device. Yet the ultra-minimalist design means that it hardly looks cheap. 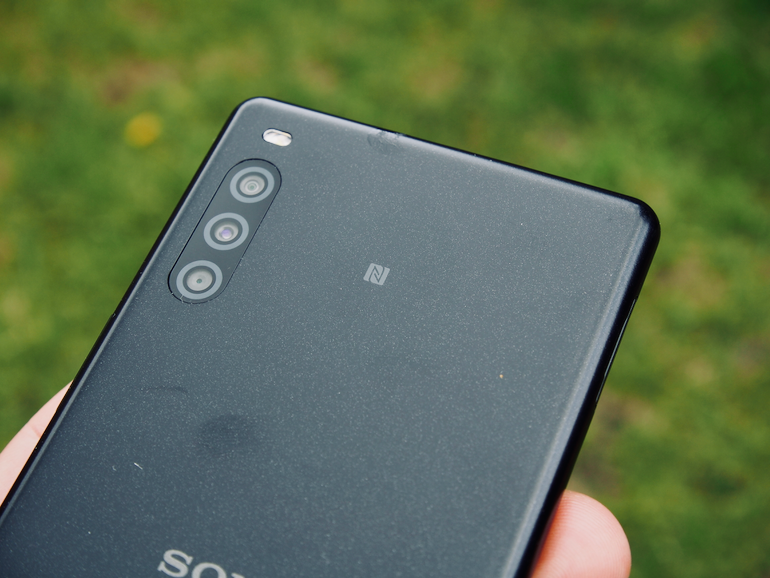 The NFC symbol at the back means the Xperia L4 supports contactless payments. This is an incredibly useful feature that is missing from too many low-cost phones.

The 6.2-inch Screen uses IPS-LCD technology. This low-cost alternative to the AMOLED found on more expensive devices holds its own in terms of colour rendering, but brightness is limited.

The unusual 21:9 aspect ratio is the stand out feature of this display. While it can be perfect for watching movies, it is less so for YouTube videos, which tend to use the more common 16:9 aspect ratio.

The maximum resolution for YouTube videos is 720p, and even Netflix streaming is limited at 540p. High Dynamic Range for video streaming is not supported, but that's not really surprising for a phone at this price point. 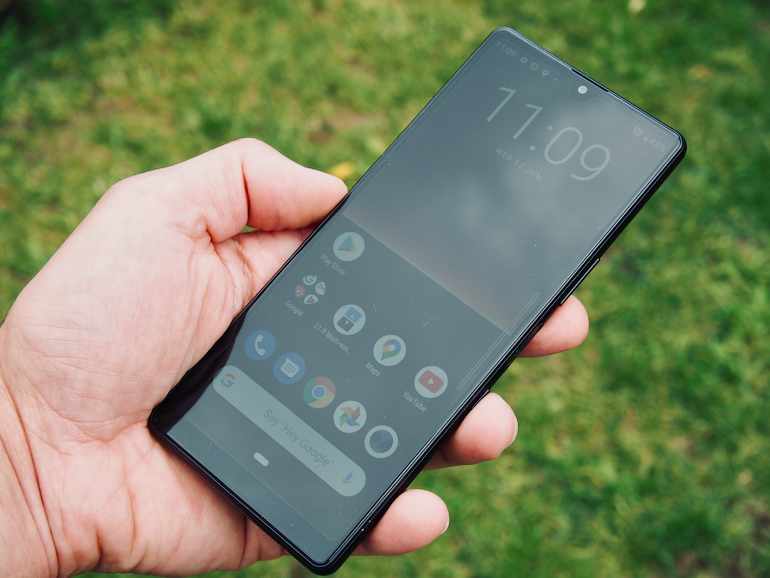 LCD screens are perfectly capable of rendering great colours, but brightness is limited. Using maps on a sunny day can be frustrating and too dim to be usable.

The camera is a triple-lens setup with a 13-megapixel main shooter, a 5-megapixel wide-angle and a depth sensor for bokeh effect.

The lack of HDR means the L4 struggle when recording scenes that include a high variation of lighting.

The wide-angle is a great feature that is slowly becoming standard even on budget phones. It allows you to be more creative with your shots thanks to its 120-degree view of the scene.

Rather than many multi-lensed phones, the Xperia L4 does not calculate the soft-background effect with software and relies on the depth sensor to create a bokeh effect that significantly enhances close-ups and portraits.

The results can be rather crude, and too often, I found it struggles to distinguish the foreground without manual focusing. When it does work the bokeh effect can be overly soft, and it has an excessively artificial feel.

Still, the camera is decent for £170 as long as you stick to the primary camera and make particular attention to unevenly lit scenes.

The Xperia L4 ships with Android 9.

Finding an old version of Android pre-installed is not a good sign considering. Android 10 has been available for almost a year, and all other Sony Xperia phones come with it pre-installed. Does it mean the L4 will never receive an upgrade? Not necessarily, but I wouldn't count on it.

Android version aside, the interface has the same sleek look familiar to Xperia customers, but you'll find none of the unnecessary pre-installed software that plagued previous versions.

Instead, you get one of the cleanest setups we've seen: the essential Google apps including Gmail, Drive and Chrome, a well designed Music Player and a highly customisable News Reader.

Facebook and Booking are also pre-loaded, handy if you use any of those, mildly irritating if you don't. Unfortunately, they cannot be removed but only disabled if you don't find them useful.

Overall, performance is unimpressive. A mid-range processor and only 3GB RAM do the job as long as you don't expect too much. Scrolling up and down a large webpage is laggy and the vibrating feedback you get when typing is slightly off, proving that the system is easily overwhelmed.

Given the underpowered processor, it's hard to recommend the L4 if you care about having the latest games. Even apps like Google Maps take a good few seconds to open and update, even when using wi-fi.

Low-power specs, together with a low-resolution screen, have the advantage of being easy on the battery.

The 3,580mAh doesn't sound much compared to what we're used to seeing on bigger phones but is more than enough to power the L4 for longer than I expected.

After 24 hours of use, which included three full hours of video streaming and numerous app installs, the battery still had over 30% of charge. It took another 16 hours of light use for the battery to go down to 5%.

Things can get even better when activating Stamina Mode, Sony's battery management feature that can squeeze a few hours when needed.

Gaming or streaming videos, especially when using mobile data over 4G, will affect battery life considerably. Still, this is a device designed for light use, and with that in mind, the battery life is more than satisfactory. Unless you're using the L4 for GPS navigation, video streaming or gaming, you will be pleased with one of the best in terms of battery life.

Charging time, on the other hand, is disappointing. It took 3 hours to charge a fully depleted battery back to 100%. These numbers may sound great if you're used to the old Micro-USB technology, but it's not good enough for today's standard, where we usually clock a charging rate of around 50% in 30 minutes. 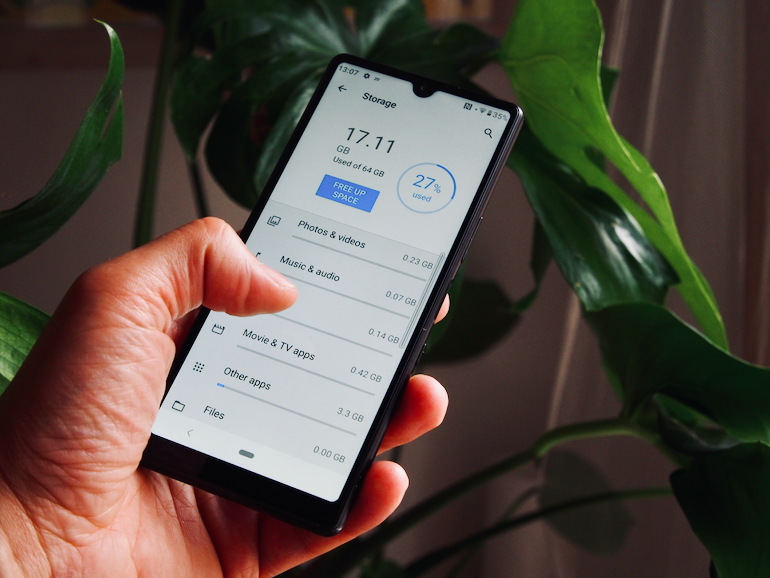 With a storage of only 64GB means, the L4 will not appeal to power users. A few essential apps and a couple of games will soon take up most of the space

Simply put, it’s a cheap yet well-designed phone that gets the basics right. If you’re not fussed about a super spec camera and the latest software, it’s a good option at the price.