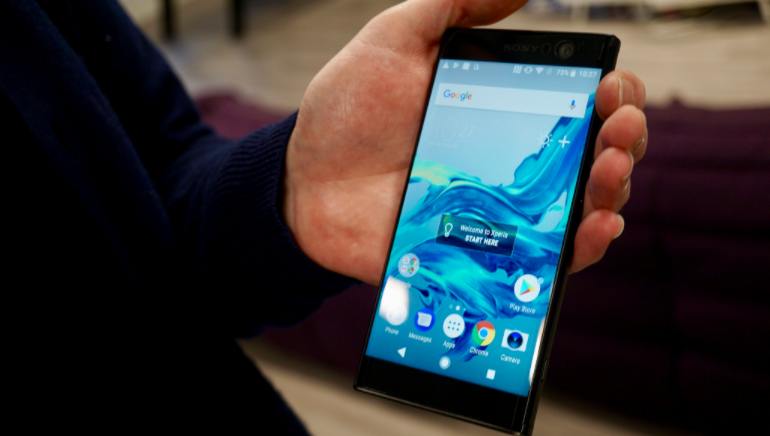 So how does the Xperia XA 2 sit in that venerable lineage?

Well, it’s a Sony, alright. You can tell from those thick bezels above and below the screen, along with the circular power button on the side.

But there are some design changes from previous Sony phones. The back is slightly curved, which helps it fit better in your hand.

The fingerprint sensor has also moved from the power button to the back, just below the camera.

Having the fingerprint sensor on the power button was always a bit of a design quirk which helped Sony’s smartphones stand out from the crowd. But it’s more convenient having it on the back.

Sony has learned from the Samsung Galaxy S8 and made sure it’s not too close to the camera lens either, so you don’t end up smudging the lens when you try to unlock the phone. This is a good thing.

The back is actually made of plastic, though it doesn’t feel cheap or plasticky in any way.

Combined with the metal sides, it’s a solid, premium-feeling phone. Which is pretty impressive at this price.

Other design additions? There’s a 3.5mm headphone jack – so you can plug in a standard pair of headphones – and a USB Type-C port for quicker charging and data transfers. Both are most welcome.

We tested the black model, which looks suitably imposing – we could see Darth Vader using it to fire off a few Snapchats. But it also comes in silver, blue and pink.

Other than that, it looks fairly standard. It feels a bit slippery in the hand, mind, so you might want to invest in a case.

5.2 inches isn’t huge by today’s standards (it’s smaller than both the iPhone 8 Plus and Samsung Galaxy S9, and dwarfed by the S9 Plus), but it should be big enough for most people.

But those are both flagship phones, whereas the XA2 is a mid-ranger. And 1080p is sharp enough to do the job.

It’s certainly an improvement on its predecessor’s 720p screen.

It’s nice and bright, even viewed in bright sunlight, with a yawning chasm between the light and dark parts of the picture. The image is incredibly detailed too. The only downside? The colours aren't all they might be.

There’s nothing inherently wrong with them, they just don’t pop from the screen as they do in pricier handsets. It’s a shame, but not exactly a deal-breaker.

There are some screen controls you can tinker with, should you wish. But only real screen geeks will want to start playing around with them.

In summary, it’s not as impressive as an OLED screen found on pricier smartphones. Though it’s still very, very good for the money. 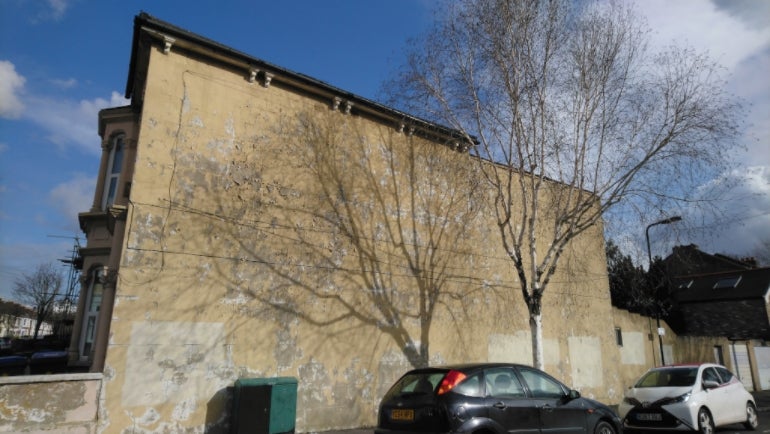 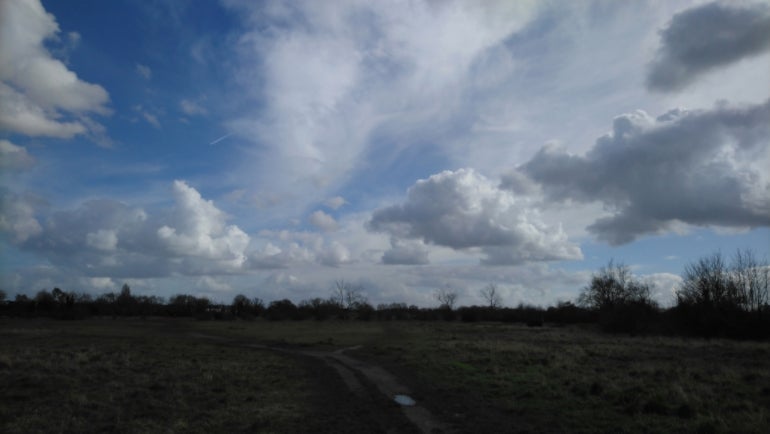 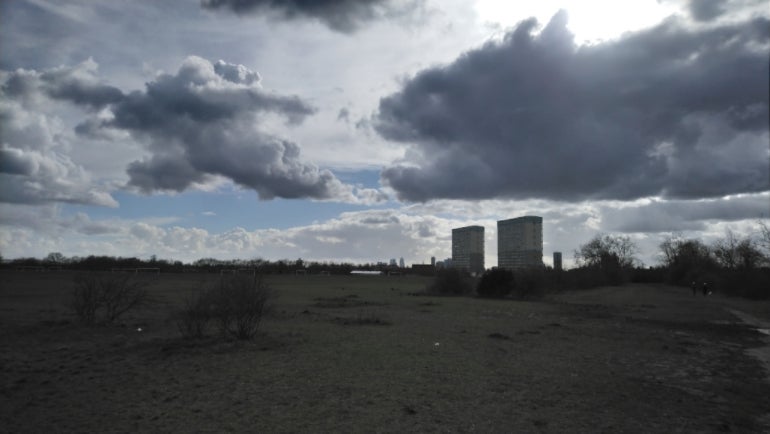 On paper, the main camera is a monster. It packs a whopping 23 megapixels – that’s 15 more than the Samsung Galaxy S9, and 11 more than the iPhone 8 and the highly rated camera on the Google Pixel 2.

It’s the same snapper you’ll find in Sony’s flagship Xperia XZ1, but for much less money.

It records video in 4K, and you can slow down your vids to 120fps slow motion.

If you want the perfect picture, you can customise your settings using the manual mode, while the rest of us can use the Superior Auto mode and let the camera do the hard work.

In daytime, the results are impressive. Left to its own devices in auto mode, the snapper produced crisp snaps with plenty of detail, though we did notice some over exposure in the skies (where the sky is ‘whited out’ with no visible detail).

Generally though, it’s an impressive daytime shooter. But after dark it’s not such a pretty picture.

Our shots had noticeable noise in dim lighting, and there was a distinct lack of detail.

It’s a shame, especially if you mainly use your camera to snap your friends on a night out.

There’s a physical camera button on the side of the phone.

Not only does this show that Sony is serious about photography, rather than leaving it as an afterthought, it also improves your snaps – pressing it makes the phone shake less than prodding the screen, reducing your chances of ending up with a blurry shot.

On the front you’ll find an 8-megapixel snapper with an extra-wide lens for group selfies.

There are modes for solo selfies and group shots – just tap the single person icon or one with multiple people on the screen, respectively.

It’s a neat touch, and helps to demystify the camera, which is often the part of a phone that alienates users the most.

Things don’t get off to a great start – the phone takes a while to start up.

Maybe we’ve been spoiled in this era of instant gratification, but it seems a mite sluggish to get going.

Once it’s up and running, we’ve no complaints. Sony’s take on Android Oreo responds quickly, zipping through menus and loading apps pretty much instantly.

There’s minimal bloatware too – apps for PlayStation, Xperia Lounge and not much else.

That’s a very good thing, as it means the phone isn’t loaded down with extraneous software. Hence it runs quicker, and you get more storage to play with. Win-win.

It’s impressive to see it on a mid-range phone, especially considering some much pricier models still ship running an older version.

Also impressive is the microSD card slot. You can use this to store photos, films, games and apps. That’s not always the case even with some flagships, so it’s a real boon for a mid-range mobile.

The 3GB of RAM handled everything with aplomb we could throw at it. Games run fine, except for the most graphically advanced titles, while streaming films and multi-tasking didn’t prove too much of a challenge.

The battery also served us well. During our time testing it, it frequently lasted into a second day, even with pretty intensive use.

We did manage to run it down by sundown once or twice, but hey, that’s what we’re paid for.

Generally, it’s a solid performer that easily matches up to the Moto G5 and other budget rivals.

Verdict and value for money 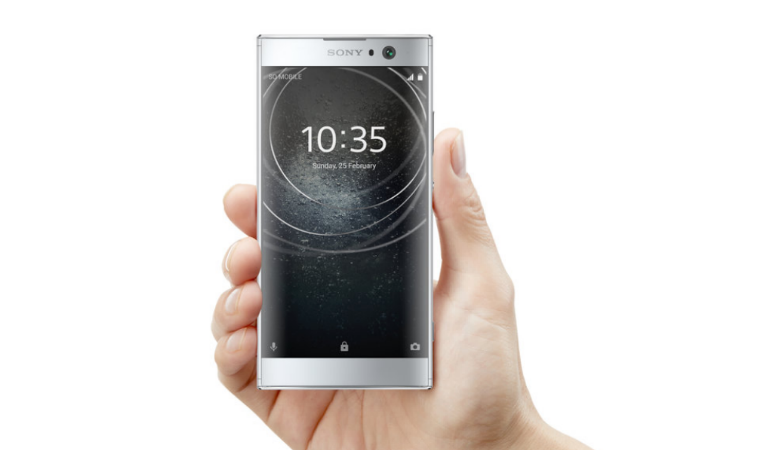 Sony has produced a very good mid-ranger. It’s not stunning, and bargain hunters will want to take a good, long look at the Moto G5 before coughing up their cash.

But those who want decent performance without stepping up to the big leagues could do a lot worse.

It’s also much more affordable than the likes of the iPhone 8 or X, and Samsung Galaxy S9/S9 Plus.

You get plenty of bang for your buck. But it’s worth checking out these (mostly excellent) other options first to see if one suits your needs better.