The Vodafone Curve is a multi-purpose GPS tracking device that claims it will help you keep tabs on your valuables, be it your keys, laptop, or even your dog.

Unlike similar products on the market, such as the Tile Sticker, Vodafone says its product is different. Not only does it offer local tracking via Bluetooth, but the Smart SIM-enabled Curve can connect to the internet and send updates to your smartphone even if it’s miles away. 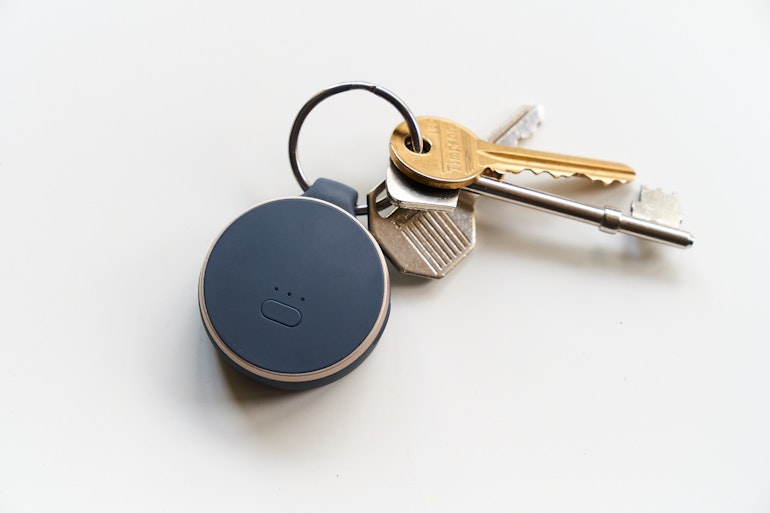 The Vodafone Curve is an attractive piece of kit. Its matte black and copper design is unique, and exudes a premium feel you wouldn’t expect from a gadget with a £20 price-tag. It’s waterproof too, boasting an IP67 rating, so you can use it outside and not have to worry about getting it wet.

The device is larger than your average Bluetooth tracker, which is hardly surprising given all of the extra bells-and-whistles that Vodafone has stuffed inside. Saying that, it’s by no means unwieldy and didn’t feel too bulky when attached to our keys using the bundled keyring attachment. Size wise, the Curve measures in at 16.4x42.1mm, and tips the scales at 30g.

When it comes to tracking, the Vodafone Curve is far more advanced than other similarly-priced gadgets on the market. While the majority use Bluetooth for local tracking, the Curve combines four different tracking technologies – GPS, Wi-Fi, Bluetooth and Cellular (via an embedded Vodafone Smart SIM) – to provide a more “reliable” connection.

Vodafone even promises that in the absence of GPS signal (if you’re using the tracker in a remote location, for example) the Curve will use Wi-Fi and Cellular to point to its location. Which should be accurate enough to get a general location.

Real-time tracking is provided via the companion Vodafone Smart app, which is available on both iOS and Android. Once the Curve is attached to the item you want to keep track of - we attached ours to our ever-disappearing keys - you simply open the Vodafone Smart App to see the item’s location on a map, or you can tap the ‘History’ tab to check where the item has been.

A feature called ‘Zones’, for example, allows you to create mapped areas so you are notified when the device leaves or enters the chosen areas. However, while this worked well, we didn’t find ourselves using it often. Iit requires you to geofence quite a large area, which isn’t useful if you’re using the Curve for keeping tabs on nearby valuables.

Another useful feature called ‘Quick Alerts’ acts as a makeshift SOS button, enabling you to send an immediate alert and a location update to your connected device. This could be handy if you were attaching the Curve to your child’s backpack, for example, as the feature would allow them to send you an immediate notification of their current location.

However, if you’re using the Curve as an everyday tracker - like keeping an eye on your keys - it’s a bit of a superfluous added extra.

Although feature-packed, the Vodafone Smart app is well-designed and easy to navigate. The main screen displays the location of your valuables, and all of the extras are easily accessible via a tabbed menu. The app will also show you the battery status of your Curve so you know when it’s time to recharge.

Speaking of battery life, Vodafone promises that the Curve will deliver up to seven hours of battery life. For this to be achieved, you’ll need to use the GPS tracker in Power Save Mode, which will see the location of the tracker update once every two hours.

To recharge the Curve, you’ll need to use the bundled USB magnetic charger. Given its small size it re-juices quite quickly - ours went from zero to full in around two hours.

Although pricier than your average tracker, the Vodafone Curve is also far more advanced. Not only is it a well-designed gadget, but its tracking smarts are far more accurate than similar devices we’ve used before. Its location pinpointing is impressively accurate, and it’s quick to update once you’re on-the-move.

The accompanying Vodafone Smart app is impressive too, and although we didn’t get much use out of some of its added extras - such as the geofending ‘Zones’ tool - it works perfectly well as a run-of-the-mill location tracker.

The standard device of the iPhone 12 range might just be the best of the bunch.