Design and display: Just like in Beauty and the Beast, beauty is found within 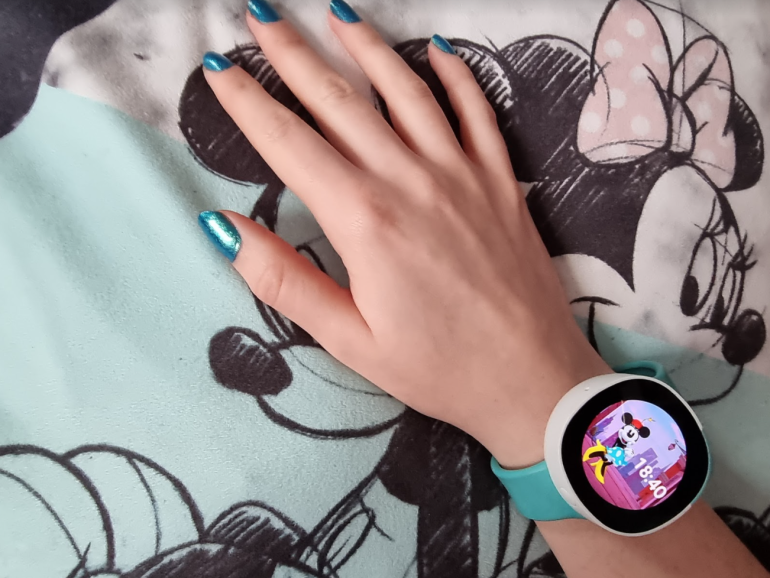 If you’re expecting the Neo watch to look like the most out-there Disney accessory since Minnie Mouse ears, you might be a bit underwhelmed when you open the box. On the surface, it looks like a pretty basic smart watch, with a plain turquoise strap.

Perhaps the unbranded strap is to encourage older kids to use it without fear of being bullied for wearing something that has cartoon characters on it. Still, as a big fan of all things Disney, I would definitely have appreciated a less subtle approach to the design. Polka dots and pixie dust are much more my style.

But the real Disney magic happens when you switch it on. As soon as you start it up, you get to choose from one of six Disney characters and themes for your watch: Minnie Mouse, Buzz Lightyear, Elsa, Darth Vader, Iron Man or The Child (AKA Baby Yoda).

This character will then pop up anytime you use your watch. So depending on who you’ve chosen, you’ll be greeted by a cheery wave from Minnie Mouse, a spell from Elsa or a lightsaber swoosh from Darth Vader anytime you want to check the time, or take a photo.

Of course, if you need to do something urgently, this animation might cost you precious seconds. But provided you’re not running late for something very important, it’s a really nice touch. And the characters are all interactive too, so you can get them to do little dances or marches across the screen whenever you want.

The display itself is bright and colourful and it has a beautifully intuitive interface. As it’s quite a large screen for a kids watch, everything is really easy to see. Unfortunately, there’s no always-on display, which seems like a bit of a missed opportunity with a smart watch, as you can’t even use it to tell the time without pressing the button to wake it up.

The size of the display does make it feel a bit chunky for little wrists. As an adult (with admittedly quite small hands), I found it a bit cumbersome. And the strap is a bit fiddly to do up without the help of a grown-up. Believe me, I tried.

But, once you’ve got it strapped on, it’s a lot of fun to use. And most tech-savvy kids will be able to work out everything you can do with it in a few minutes. 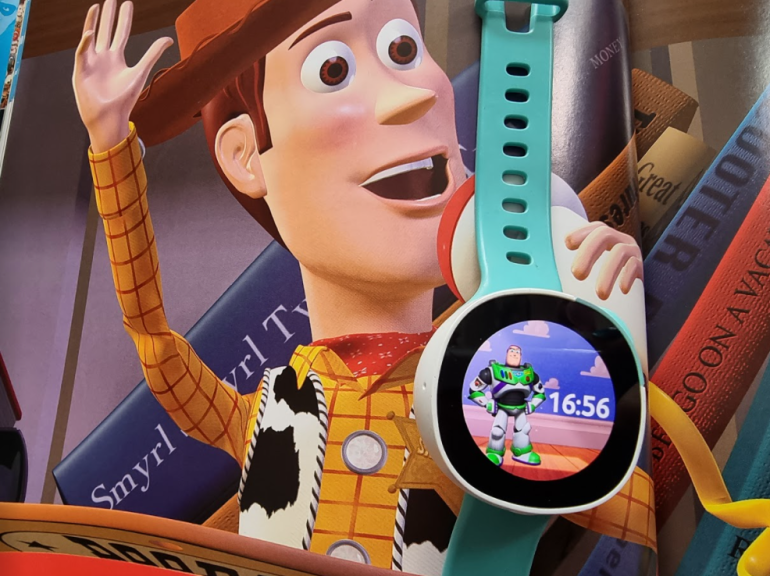 Vodafone’s Neo smartwatch is packed full of features that will definitely appeal to both parents and kids. From GPS tracking and messaging to the ability to make and receive calls, it really is a lot more than a novelty gift. 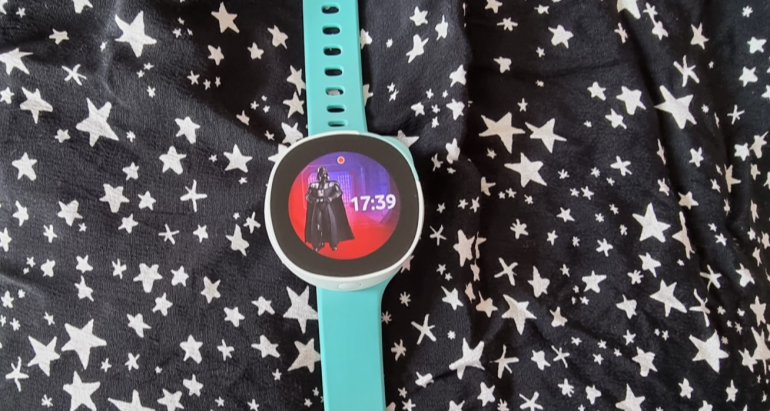 Of course, this is the main reason parents will be interested in the Neo smart watch. And until Disney figures out a way to create an army of Jiminy Crickets to keep kids safe, this is definitely the next best thing.

With the Neo watch, you are essentially strapping a Disney-themed GPS tracker to your child’s wrist. This means you can check in on them to see exactly where they are whenever you want. And in the absence of GPS signal, it uses a combination of Wi-Fi and mobile data. It’s pretty good at pinpointing the exact location, too. So if your child isn’t exactly where they’re supposed to be, you will be able to find them very easily.

You can also send messages and even call the watch using the app on your phone (more on that further down the article). And, although the watch face is too small for a keyboard, it does have a selection of pre-programmed responses that your child can send you that will cover most scenarios, such as “On my way”, “Where are you?” and “Call me please”. 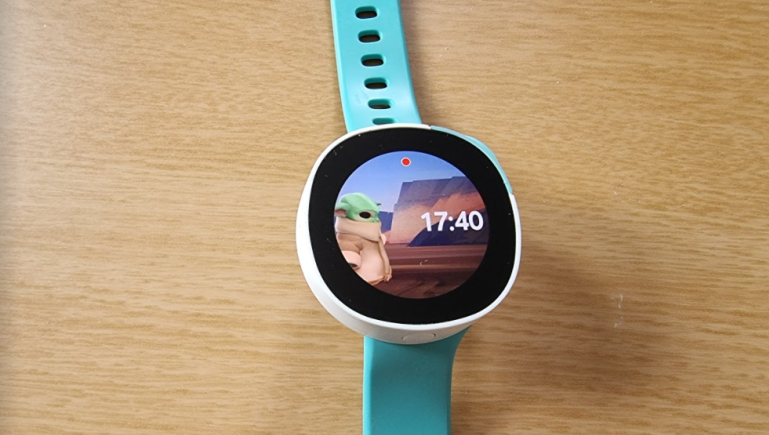 Aside from the safety element, what makes this watch stand out is unsurprisingly the sprinkling of Disney magic. As I mentioned above, you can choose from six different characters: Minnie Mouse, Elsa, Buzz Lightyear, Iron Man, Darth Vader, and The Child (that’s Baby Yoda to most of us).

Once you select a character, your watch will have a themed background and an animated buddy to keep you entertained whenever you interact with the watch. Depending on which one you choose, you can have Elsa conjuring snowflakes when you check the weather or Buzz Lightyear saluting you whenever you switch it on.

You can also make the characters do things, like swoosh a lightsaber, lounge on a deckchair or play with a ball. It’s not enough to keep you entertained for long, but it’s still a fun pick-me-up, and it makes this watch ideal for young kids. 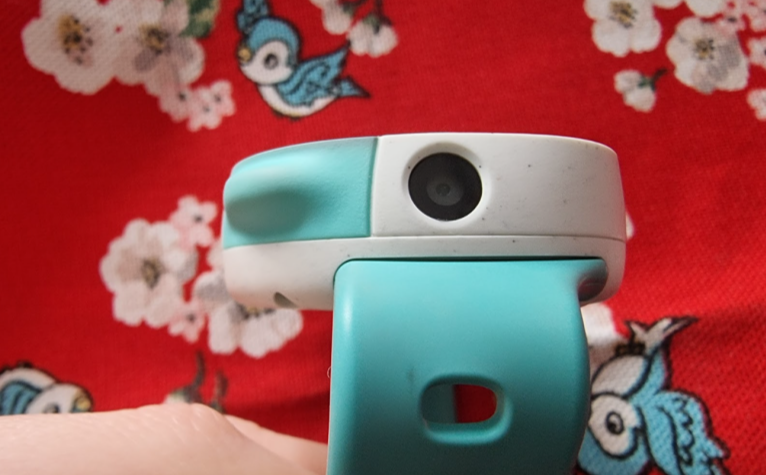 Yes, there is actually a 5-megapixel camera built into the watch. And although it’s not great quality, it’s certainly a lot of fun to play with. It’s rather inconveniently placed on the top side of the watch, so the camera lens is facing the outside of your wrist. 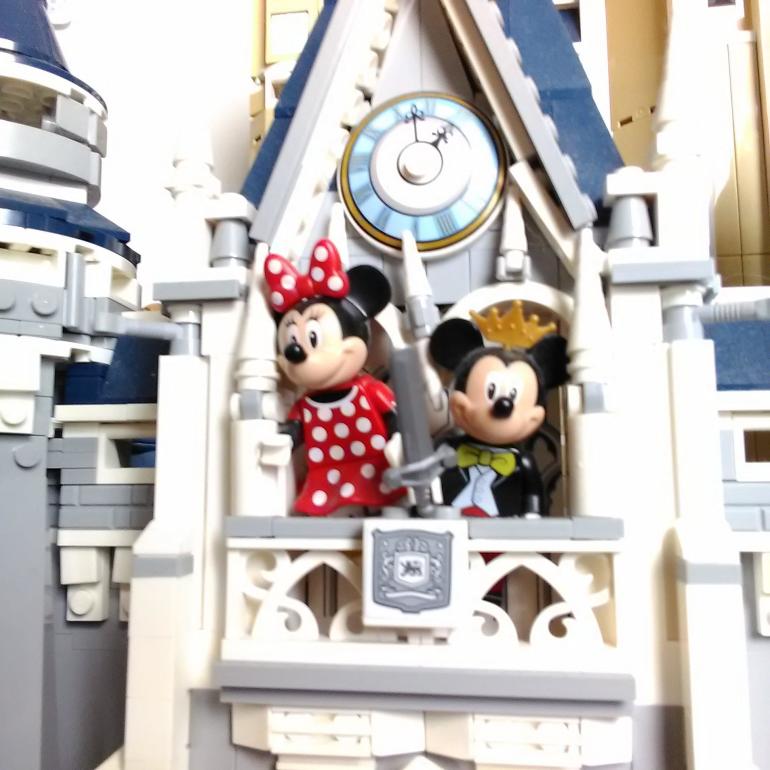 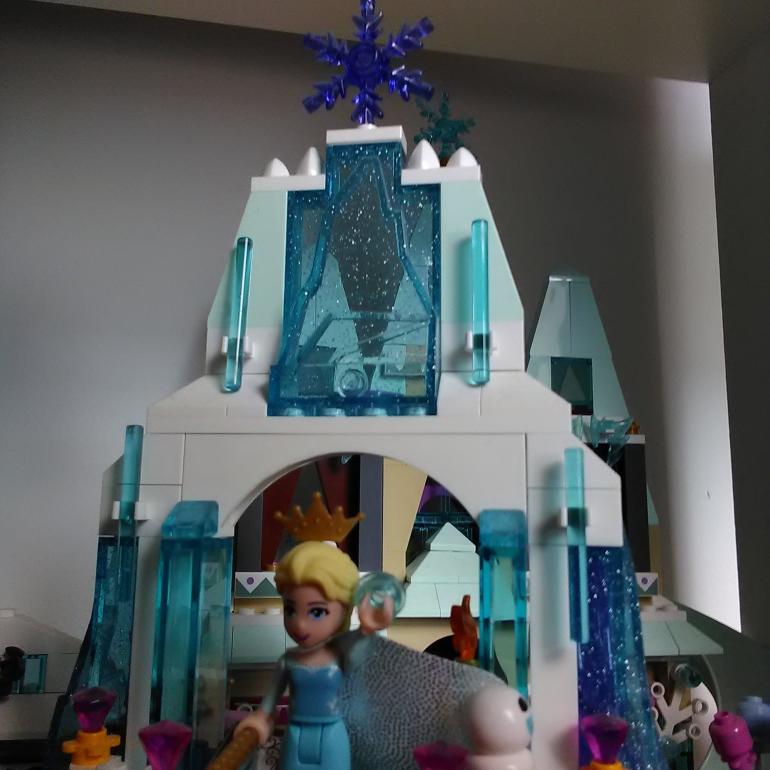 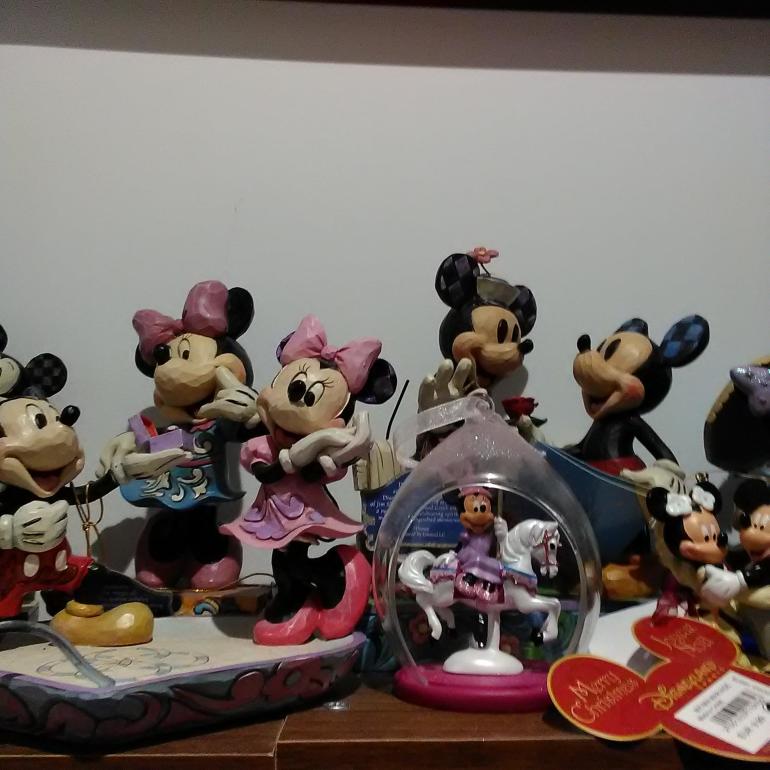 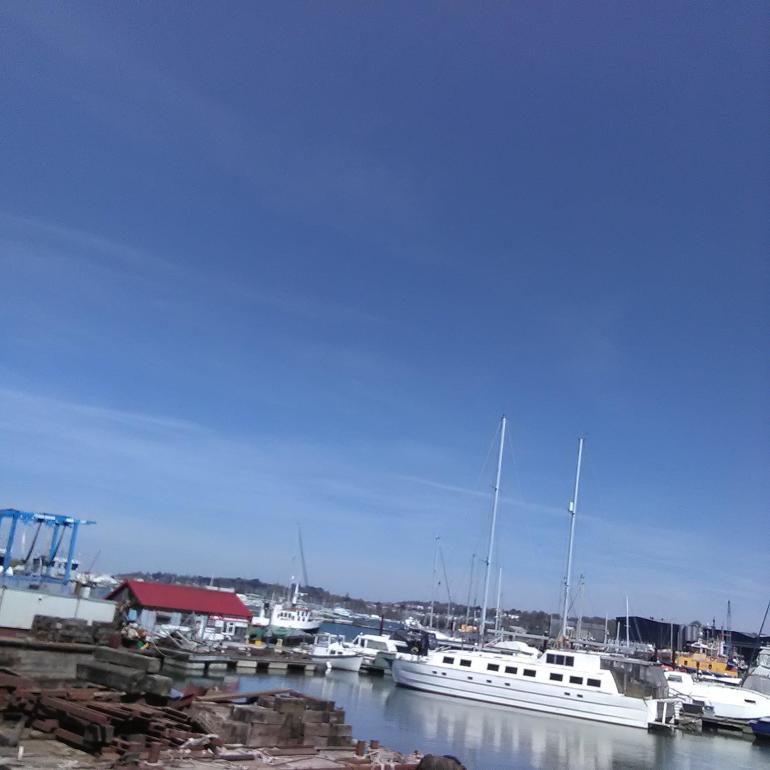 Still, when the camera is in use, the screen will show a viewfinder, so you can see the image you’re lining up. Because of this, most photos you take will doubtless be a bit wonky. And the image quality is undeniably patchy. But it is a camera in a kids smart watch, so it would be unfair to expect much more.

Plus, it's certainly a fun extra. And your child will feel really cool lifting up their wrist to take a picture on their hi-tech watch.

Neo app: It’s as useful as Ursula’s crystal ball for keeping tabs on someone 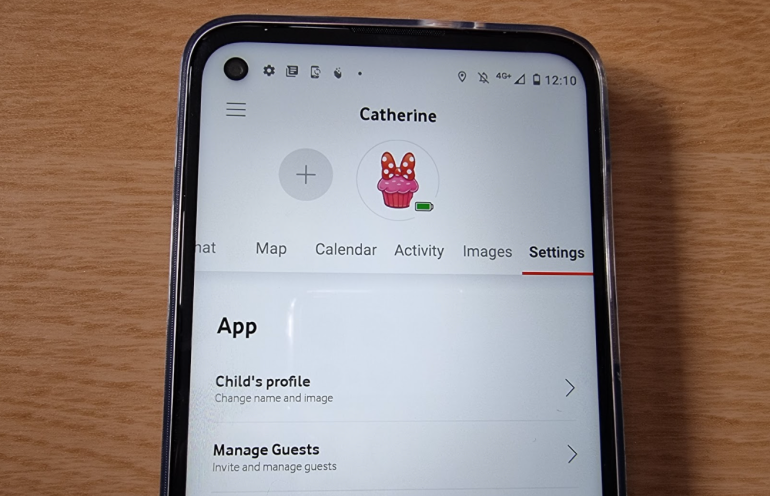 Once you’ve got your child set up with the watch, you can then download the Neo app on your phone and pair it with the device. It’s really easy to set up.

The app itself is a delight to use. You can send your child messages directly to the watch. It even has an extensive library of Disney emojis, which I for one, would love to see as standard across all messaging platforms.

You can also go straight to the maps section and check where your child is in real-time, which will give parents real peace of mind.

You can even see how many steps your child has done that day and you can take a look at the photos they have taken. 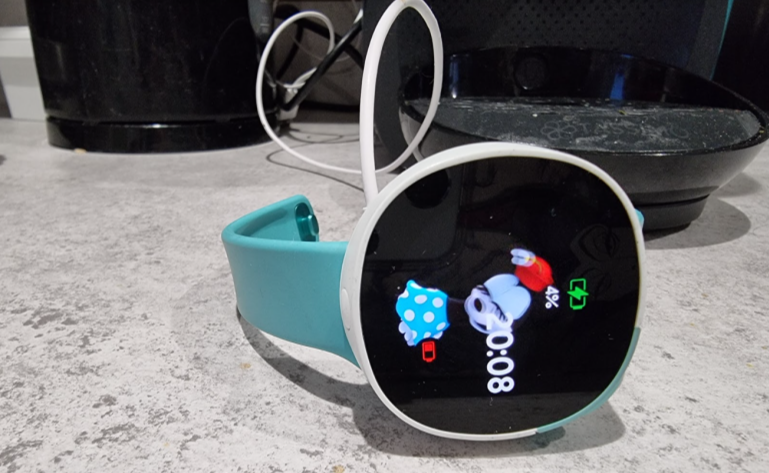 Unfortunately, the battery life on the Vodafone Neo isn’t amazing. Even if you use it sparingly, you will probably need to charge it every day. This is a bit disappointing, particularly considering it’s a watch without an always-on display.

Still, it should last a full day, even with heavy use. Just make sure you charge it up before you want to use it.

Handily, it does give you a low battery warning when it reaches 20% charge. It does this by vibrating and blaring out your chosen notification sound (mine was Pixie dust, of course). But if you’re not expecting it, this can really make you jump. And if you’re wearing it at night and it goes off, it’s guaranteed to wake you faster than true love’s kiss. 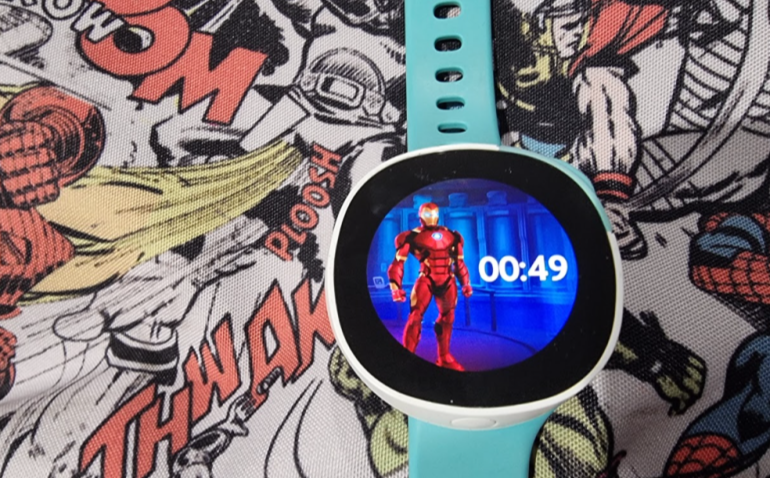 Prices correct as of April 2021

Upfront, the Vodafone Neo smart kids watch costs £99, which is actually pretty reasonable. But, that’s not all. On top of that, you will also need to pay for a monthly subscription to use the watch and app.

Value and verdict: When it comes to kids wearables, it could be the fairest of them all 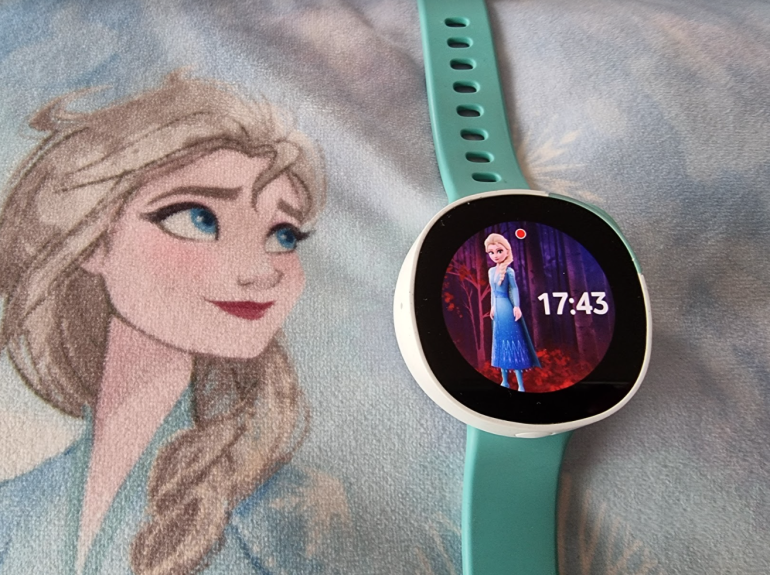 The Vodafone Neo smart kids watch is a combination of technology, fun features and a generous helping of Disney magic.

The branding says it’s aimed at kids between the ages of six and nine years old, which feels about right. The safety features would likely be more useful for older kids, but most tweenagers probably don’t want Buzz Lightyear flying across their wearables. So it will probably appeal more to younger kids.

Unlike Mary Poppins, the watch is not practically perfect in every way. It’s a bit big and bulky, the battery life isn’t great, and the monthly subscription is a bit much. But it’s still a great product with plenty to recommend it, especially the animated characters.

So, if you have a young Disney fan in the family, we bet they will be asking their Fairy Godmothers for a Vodafone Neo smart watch.

Vodafone Basics SIM only deals: everything you need to know

Vodafone's Basics SIM only plans keep it simple. And help you keep your costs down.

What is Virtual Reality (VR)?

VR promises to change how we watch, play and work. Here's how.