It’s been three months since the coronavirus forced all major sporting events to be cancelled, and while there are still a few details left to figure out, it looks like Premier League football is due to return as soon as next week.

When will the Premier League season start?

The Premier League is set to restart on Wednesday 17 June with the rescheduled fixtures between Aston Villa and Sheffield United and Manchester City v Arsenal, which were postponed when the lockdown was first implemented.

Once those games have taken place the decision could technically be made to abandon the league for this season. But provided there’s a green light from the Government and all the appropriate safety measures are in place in time, the Premier League’s remaining 92 matches of the 2019-2020 season will then restart behind closed doors on the weekend of 19-21 June.

These will be the first live matches to be played since the shutdown on March 13 and will be a welcome return to normality for football fans.

When are the remaining Premier League fixtures?

Where can I watch the Premier League games? 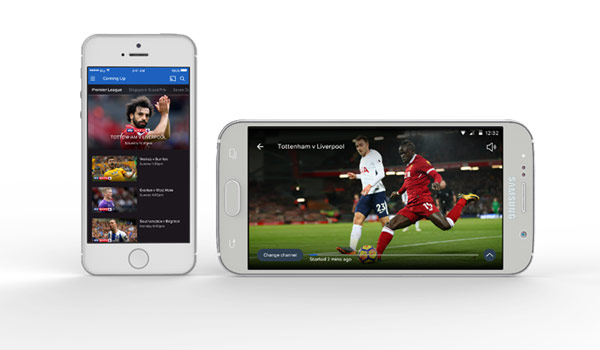 Once officially greenlit, the majority of matches will be shown on Sky Sports and BT Sport, with a few matches streamed on Amazon Prime. In addition to that, the BBC will show four live matches, marking the first time it has aired the Premier League live.

With the exception of the Merseyside derby between Everton and Liverpool, which will be on Sky Sports during the first full weekend of fixtures, it has yet to be confirmed which matches will feature on which channels.

Those customers who paused their Sky Sports subscriptions during the coronavirus lockdown will see billing restart as of Friday 19th June if this all goes ahead as planned.

A Sky Sports spokesperson confirmed this will only happen if live sport is resumed by them: "We are beginning the process of returning paused sport customers to billing, which requires sufficient time to communicate and implement fully. Should the live sport schedule change significantly, then we will absolutely look at alternate plans – no customers will be charged until mid-June at the earliest."

Sky Sports billing should automatically resume for most customers, but if you subscribe to specific sports channels, such as Sky Sports Cricket or Formula 1, you won’t be charged until that sport is resumed.

BT Sport customers and those who subscribe to Sky Sports via BT will have to apply for a bill credit for the months when live sports were on hold.