or see all the deals

How to get a good Black Friday broadband deal

If your broadband contract is ending soon, or you've been paying out-of-contract prices for far too long and want to find a better deal, Black Friday could be a great chance to switch to a new package.

Just like everything else in shops, broadband deals will be available at heavily discounted prices on Black Friday, meaning you could get a high-speed, high-quality service for a very affordable price.

But before you rush into signing up for a broadband contract, make sure it’s actually a good offer for you.

How much broadband speed do you need?

If, like many of us, you’re planning on buying a load of new electronics this Black Friday, it’s a good idea to also think about what broadband speeds you need to support them. With new devices being added to your home, maybe you need to increase your data allowance or speeds — but by how much?

You might not need a heavy-use deal if you’re just checking emails and Facebook. But if you’re planning on getting a Netflix, Apple TV Plus or Disney Plus subscription to get through the colder months, you might want to opt for an unlimited package to ensure uninterrupted streaming.

Are you looking to buy a new TV on sale? Look for broadband and digital TV bundles so you can make the most of your new TV with the best digital content available. And remember, if it’s a smart TV that connects to Wi-Fi, it will now also be using your data and broadband, too.

Don’t be tempted by freebies

Providers often sweeten their Black Friday broadband deals with free gifts and vouchers. And while these are great, you need to make sure you read the fine print first before you sign.

Be sure to check out how long introductory discounts actually last for, too. Are they only good for a few months or do they last the entire contract? The free 4K TV may not actually be that great a deal if you end up paying even more during the total length of your contract.

What’s the cost of the full contract?

Speaking of your contract, consider the cost of the full contract, not just the monthly rate. Yes, it requires some maths, but what you think is a good deal might not actually be the case once you add it all out.

Are you able to switch today?

Finally, make sure you check your current contract — if you’re still in one — to see what fees you'd be required to pay if you switched providers. If these fees are too high, it may offset the savings you’d get from any Black Friday broadband deals.

Keep in mind you'll need to notify your provider roughly 30 days in advance, even if you're out of contract, before you can switch, but you can use this to lock in a great broadband deal now, even if your contract ends in December.

If you don’t currently have fibre broadband but it's available in your area, now is the time to get it. With many major broadband providers offering great Black Friday and Cyber Monday deals this year, you have a great opportunity to switch over to a cheaper, faster service.

Black Friday bundle deals are a great way to maximise your savings at a time when providers are offering all sorts of discounts and special packages. In essence, the more you buy at a discounted rate, the more money you could save throughout the year.

While you could still save plenty when purchasing a broadband-only deal, combining your landline, mobile, and TV into one big Black Friday bundle deal would mean that you could apply discounts and savings to potentially every single telecoms service you subscribe to.

That being said, be sure to take stock of which services you really need before grabbing a Black Friday deal. It’s only a good deal if it’s a service you actually want.

There are sure to be some exciting exclusive deals appearing on Uswitch, with a few key providers known for offering some excellent prices around Black Friday.

Major providers like BT and Virgin Media often offer significantly reduced monthly rates for new customers signing up over the Black Friday weekend. And look out for bigger bundles for better deals.

Providers like Sky and Virgin Media who typically package their broadband subscriptions with digital TV will tend to offer bigger discounts to those who choose bigger packages.

Keep an eye on newer providers like Vodafone Broadband, who will need to be a little more creative in how they entice Black Friday shoppers. These providers will likely look to offer significant rewards in the form of cashback, vouchers and free gifts for new customers.

Virgin Media offers some of the fastest broadband speeds in the country for competitive prices. It runs its own cable broadband network that's currently available to about 52% of UK properties.

Last year, Virgin Media's M100 Ultrafast Fibre deal was exclusively available to Uswitch customers at the incredible price of £25 a month. With it, customers got access to some of the fastest broadband available in the country for a hugely discounted price.

This limited-time, Uswitch-exclusive package gave customers up to 108Mbps speeds for nearly £100 cheaper across the year, thanks in part to a £35 saving on setup fees.

Compare Virgin Media broadband deals to get a similarly great deal this year. 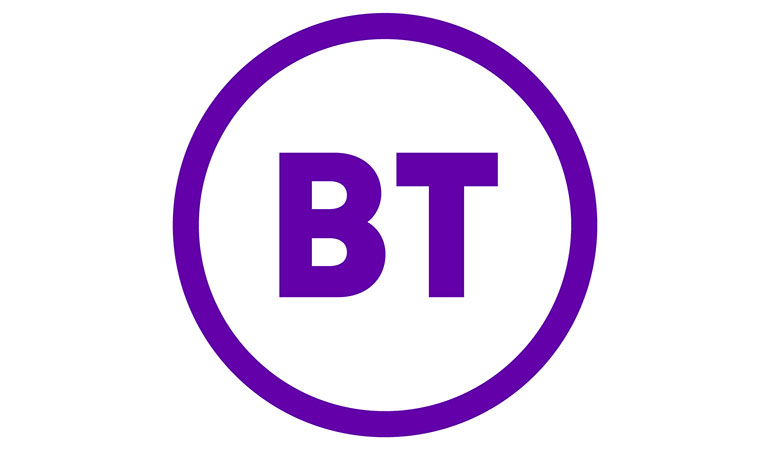 BT is expected to continue its impressive run of low-price broadband offers into Black Friday with some great deals on its very popular Superfast packages.

Last year, BT’s 50Mbps Superfast Fibre deal gave you a number of perks for signing up, including a prepaid £120 BT reward card — which you could put towards a range of extra broadband and TV services — and a £30 Marks & Spencer voucher too.

Take a look at this year's BT broadband deals.

Plusnet often slashes its prices ahead of Black Friday, putting out highly competitive broadband deals with some great incentives.

In 2019, Plusnet’s standout deal had to be the discounted Unlimited Fibre Broadband, which had superfast speeds of 36Mbps with completely free setup.

Get the latest Plusnet broadband deals.

This Black Friday, customers will likely see great bundle deals from Sky that'll be worth considering if you’re thinking of switching to a different TV provider too.

For Cyber Monday 2019, new customers could get Sky Broadband Superfast with Sky Entertainment TV for as little as £39 per month — a great Cyber Monday bundle worth considering if you’re thinking of switching to a different TV provider too.

Take a look at the top Sky Broadband deals for this year's Black Friday and Cyber Monday weekend.

Our top pick from Vodafone last year was the Superfast 2 Broadband and Phone Line package, which boasted superfast speeds of 63Mbps at a very reasonable £28 per month. To sweeten the deal, Vodafone cut the cost even more for existing Vodafone mobile customers, making just £26 p/m, and threew in a free Google Nest Hub Max for all new broadband customers.

See the Vodafone broadband deals that are currently on offer.

TalkTalk is known for its super-affordable superfast fibre broadband deals, and this Black Friday we're expecting to see some of them discounted even further.

Last year, TalkTalk was offering a superfast fibre deal for a discounted price of just £21.95 per month, one of the lowest monthly prices for superfast broadband you’ll ever see.

How can I get a good broadband deal?

There's lots of shopping to do on Black Friday. The best wasy to get great Black Friday broadband deals is to start looking early, with a clear idea of what you need in terms of download speed, cost, and additional services.

Uswitch customers can get a £75 gift voucher when they sign up to Vodafone's Superfast 2 deal.

Xbox Series X and Series S prices and release dates have been officially confirmed along with specs, images, and videos.

How many complaints did your broadband provider receive this year?

Which broadband and TV providers ranked the best for customer complaints this year?

Enter your UK postcode to check which home broadband deals are available in your area: