How to claim on your car insurance for storm damage

What do do if your car has been weather-damaged, whether it’s been waterlogged by heavy rain or dented by falling debris.
Share this guide 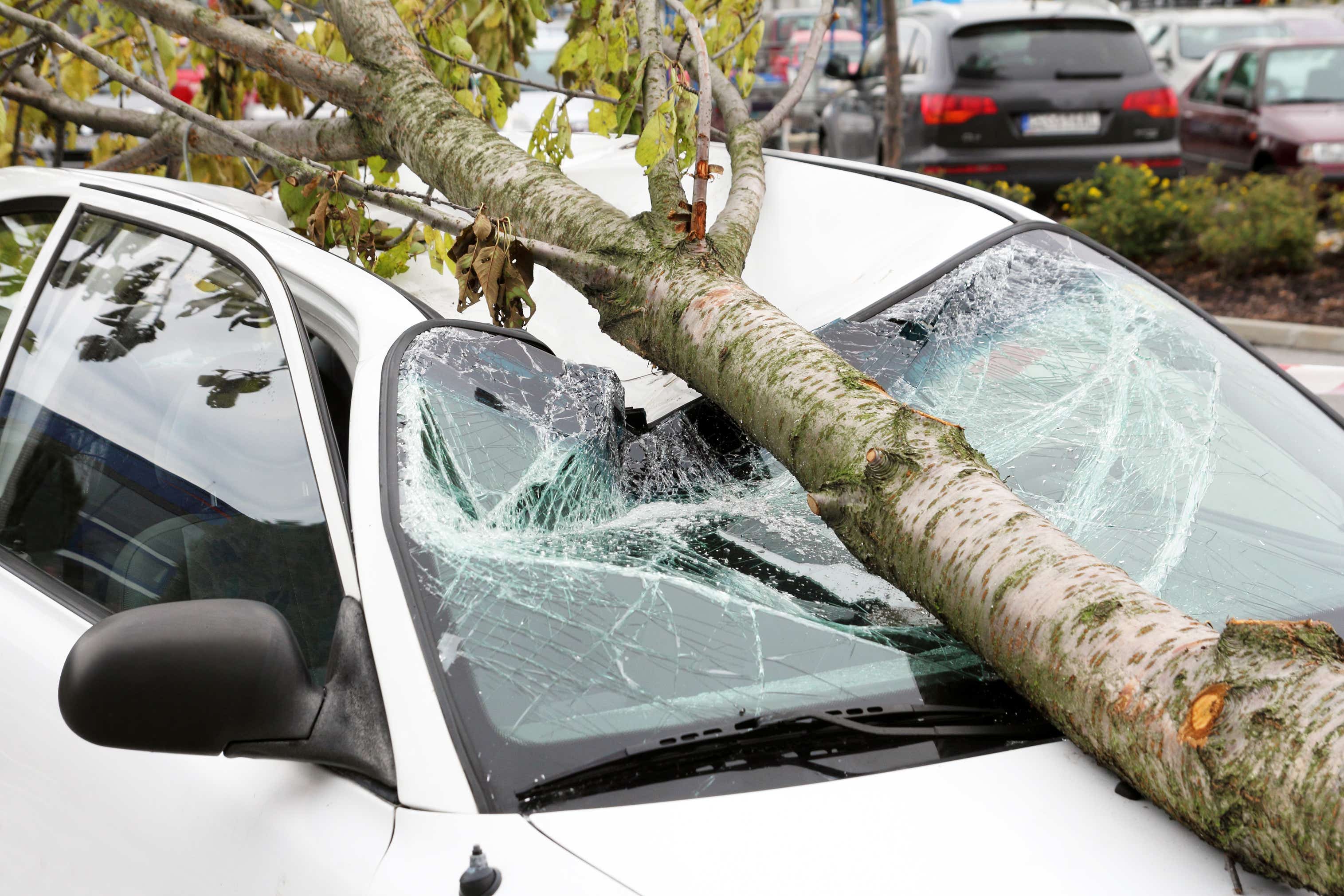 How to claim on your car insurance for storm damage

The first thing to be aware of before attempting to claim for weather damage is that you will only be covered if you have a comprehensive insurance policy.

Third party and third party, fire and theft (TPFT) policies only cover damage caused to other cars and property by your car, and will only pay out to you if your vehicle has been stolen or has caught on fire.

If you do not have a comprehensive insurance policy you will need to pay for any repairs or replacements yourself.

What will it cost?

If you’re able to make a claim on your comprehensive insurance policy, you should be able to recover any repair costs or even the cost of a replacement if your car is not salvageable. You will likely have to pay the excess on your policy, which will have been previously agreed with your insurer.

Unfortunately your premiums are likely to increase slightly after making a claim for storm damage even if you have a protected no-claims discount.

The reason premiums could rise even if your no-claims discount is protected is that it’s a discount from a base fee. That discount will generally stay in place if you have protected it, but the underlying fee could well rise as a result of the claim.

If you have not protected it, you will generally lose any no-claims discount you have, as well as potentially seeing baseline premiums rise.

Flood damage to your car is highly serious

Flood damage is a common and serious cause of winter car insurance claims – according to the AA, insurers write off up to 70% of cars that have been submerged, either due to electrical faults or engine damage caused by water.

Deep water and cars don’t mix– at all

Most car insurance policies will state that you must take reasonable care to prevent any harm from coming to your vehicle. The precise wording will depend on your own insurer but some will find you negligent if you put your car at risk by driving through flood water – and may reject your claim.

So it’s safer to avoid driving through flooded roads, especially those marked with warning signs.

If your flood claim is successful, any damaged contents such as your stereo and upholstery should be covered under a comprehensive car insurance policy.

Debris damage and your claim

High winds can also cause significant damage and debris claims are another common occurrence during storm season.

One of the most common results of flying debris is windscreen damage. Some comprehensive insurance policies include windscreen cover automatically, so check your policy carefully.

If you’re covered you should only have to pay a low excess and you will generally not lose your no claims bonus for the first claim.

If your car has been damaged by larger debris, such as a falling tree, don’t attempt to move it without professional help.

Make sure you take photos of the debris as well as the damage, as it could help with your claim.

Three reasons to be ‘debris aware’

You should contact your insurer immediately. Your insurer may have a 24-hour emergency helpline, and some may not accept your claim if you don’t notify them within a set period after the incident occurred.

You can help support your claims process by: