How much of your time is Screen Time?

We reveal what percentage of our lives we spend looking at screens and the effects it has on our wellbeing.
Share this guide 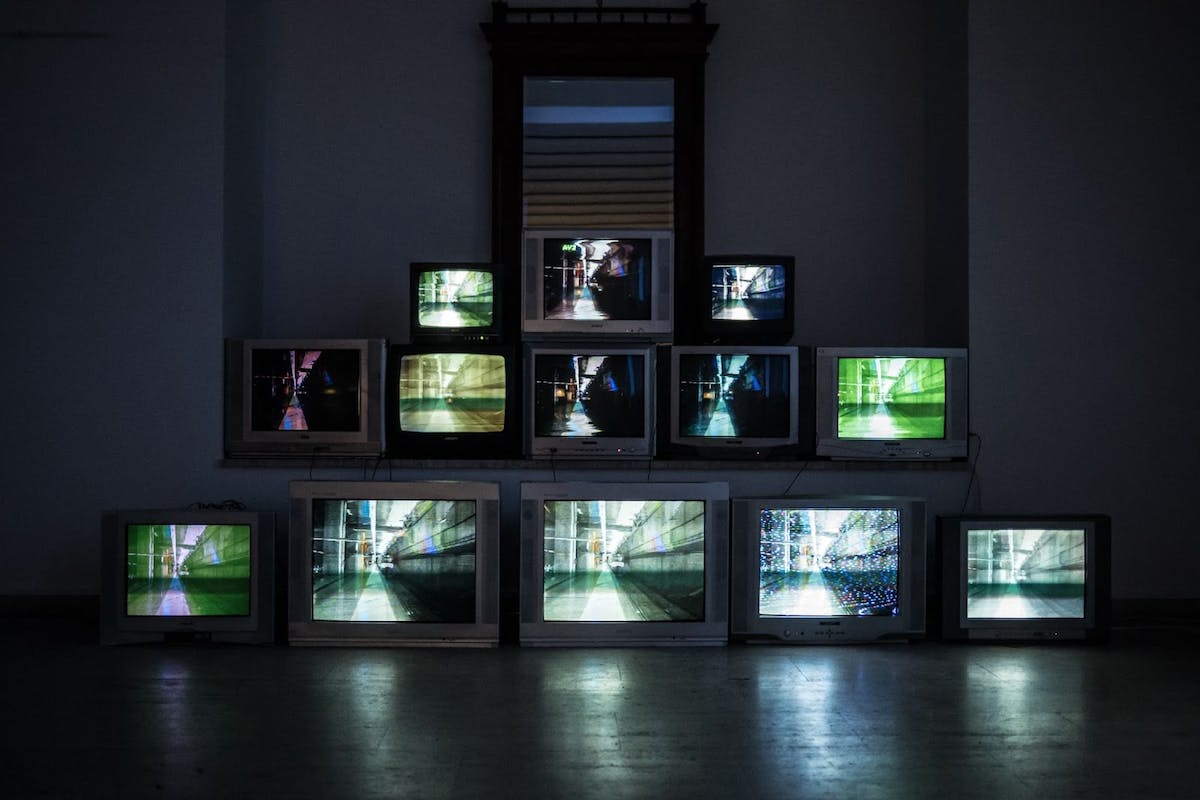 Picture of TV and computer screens stacked in a pyramid formation

Most of us will have received the dreaded Screen Time notification telling us how much time we’ve spent on our phones in the last week.

Research has revealed that in 2020 the average adult spent three hours a day on social media, in comparison to only 90 minutes in 2012. Further research has shown that spending too much time on your mobile phone can contribute to mental health issues.

We have looked into what percentage of our lives we spend glued to the screen and what effects this can have on our wellbeing. 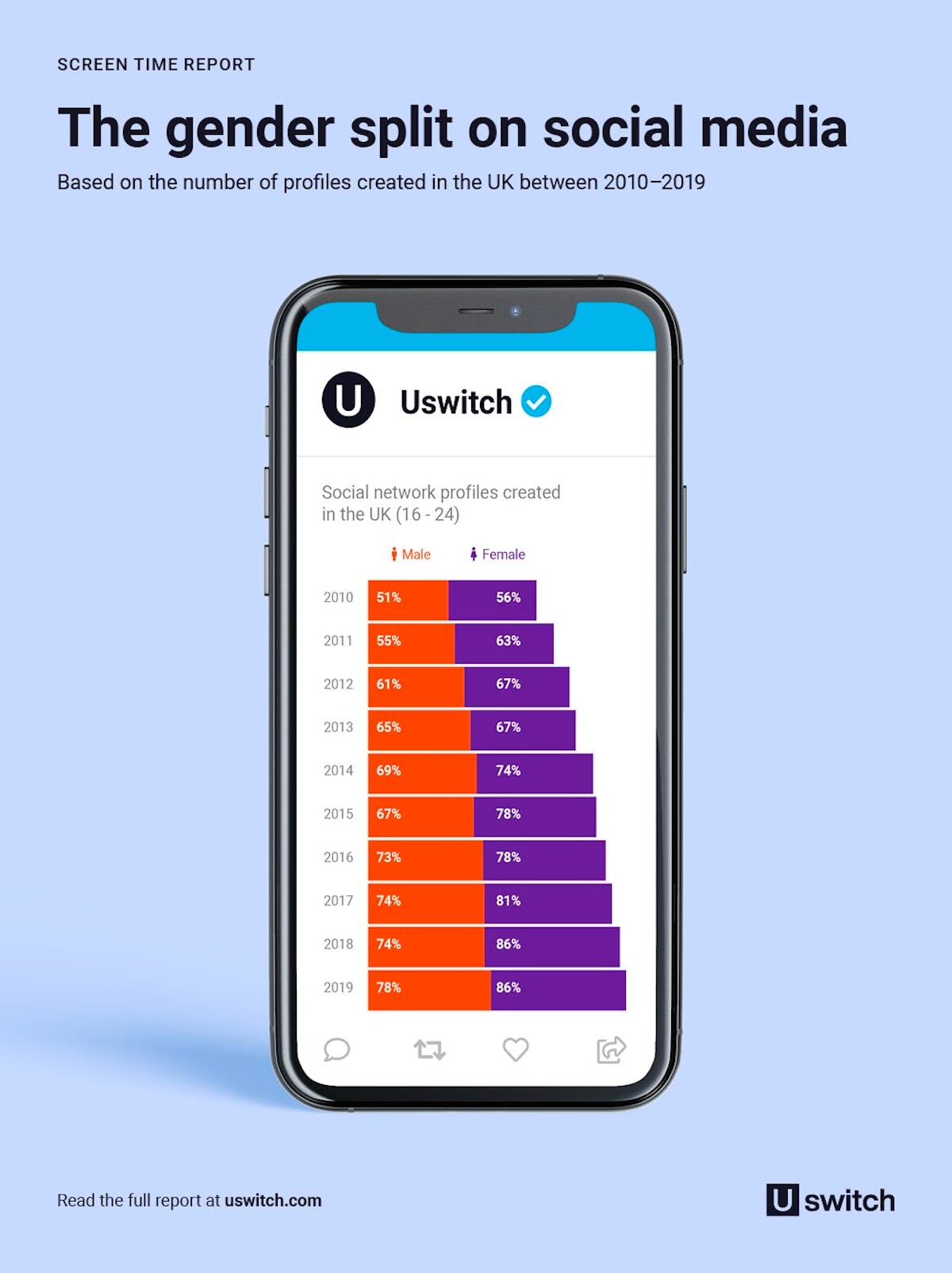 While social media isn’t new (remember Myspace and Bebo?) the UK’s addiction to the platforms really took hold over the last decade. The decade that brought us Instagram, Pinterest and Snapchat amongst others.

Social media has become a vital means of staying connected, whether we’re communicating on Facebook Messenger or using Tinder and Hinge to meet new people. These days, most new conversations don’t start by picking up the phone for a call, instead asking someone for their Instagram or Snapchat handle. 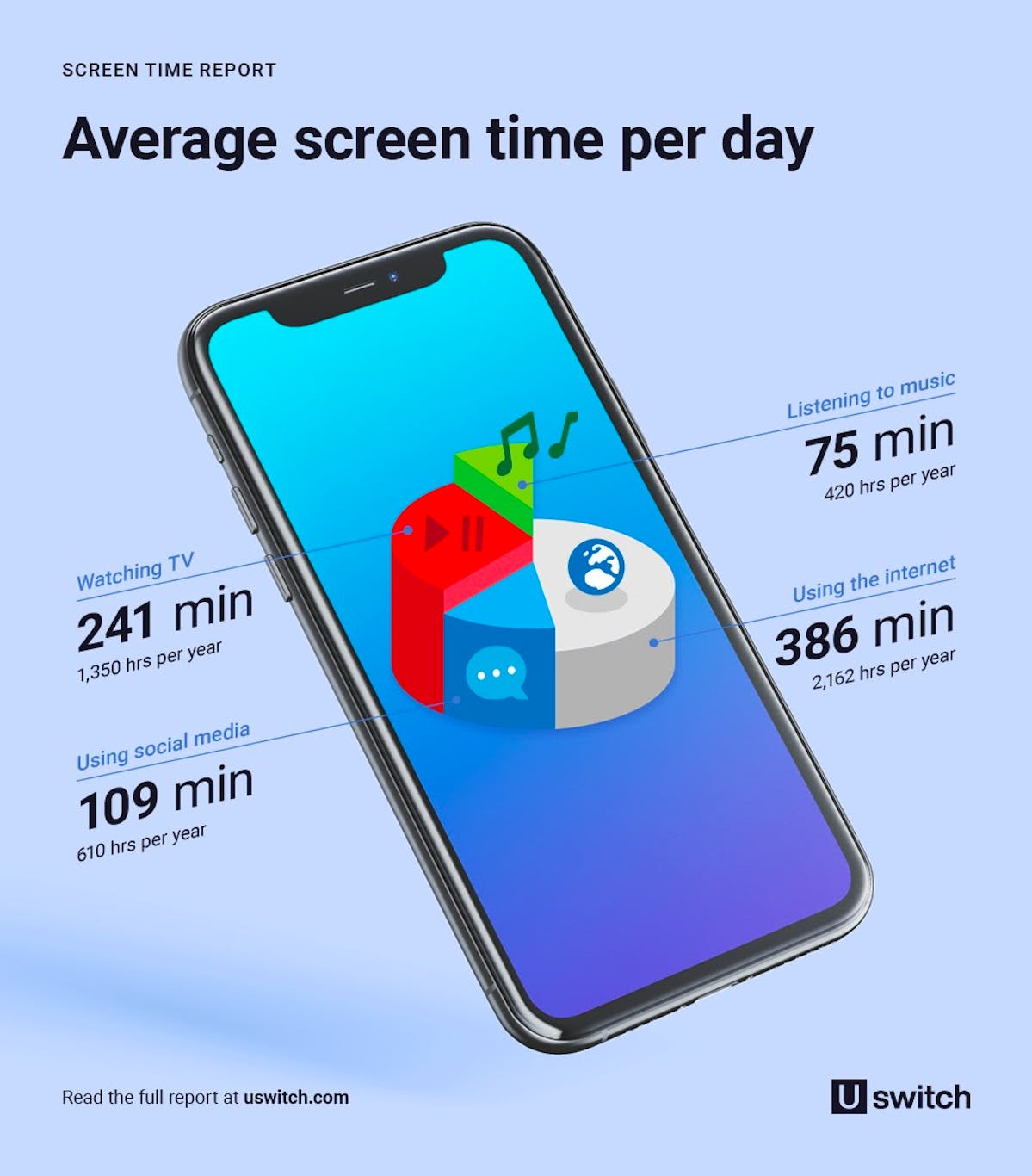 Our study reveals that the average UK citizen spends up to 6.4 hours a day on the internet using any device, which is nearly the same amount of time as an average shift at work. In addition, the study shows that UK adults spend on average four hours a day watching TV, which is 1,350 hours per year! UK adults spend almost half of the day in front of the screen, browsing the internet and watching television.

In addition, we spend 1.8 hours a day on social media and 1.3 hours listening to music, totalling that UK adults are spending on average 4,542 hours in front of a screen each year. 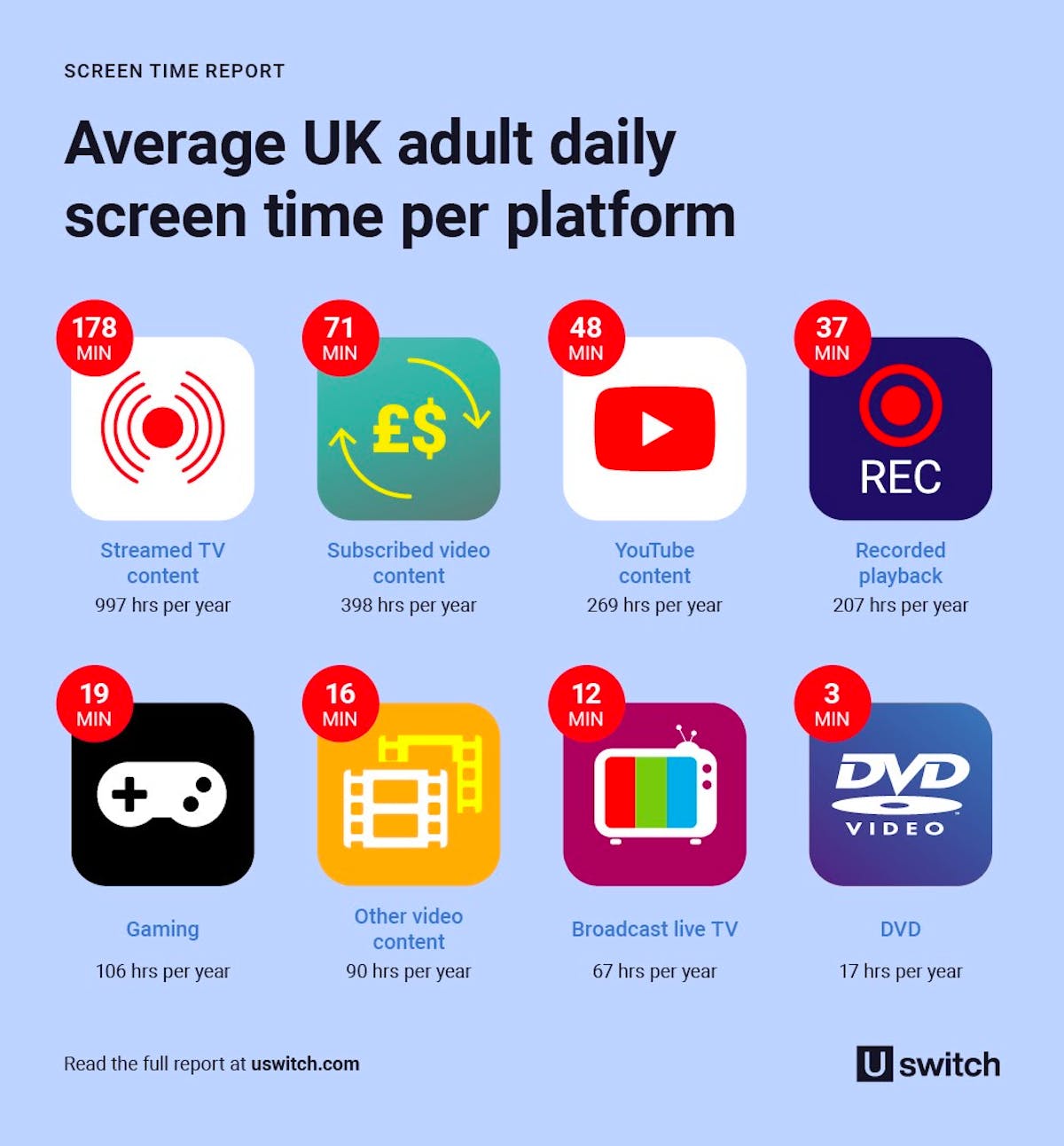 Sitting in front of the TV watching the news or the latest soap has been a staple in British culture since the 1950s. From live TV, streaming, gaming and YouTube to watching on demand, there are so many ways we consume television.

Despite the growth in streaming, live TV still holds its weight against the big streaming services, such as Netflix and Amazon Prime. Our data reveals that Brits spend up to 21 hours a week watching live TV, which is equivalent to 997 hours a year!

A 2017 study from TV Licensing found the main public service broadcast channels (BBC1, BBC2, ITV/ STV/UTV, Channel 4 and Channel 5) held half of the total broadcast TV audience despite the growing list of choices consumers have today.

In second place is streaming, with UK adults spending 71 minutes per day using SVod services, equivalent to 398 hours per year. The TV Licensing study also found that in 2016 BBC iPlayer was the most popular streaming service among adults, with 61% of respondents saying they use it.

The study also revealed that 38% of respondents watched YouTube, with UK adults spending 48 minutes per day on the site - that’s 269 hours a year. Time spent watching YouTube has surpassed more traditional mediums, such as recorded playback and DVDs.

Americans spend on average 325 hours a year on Facebook 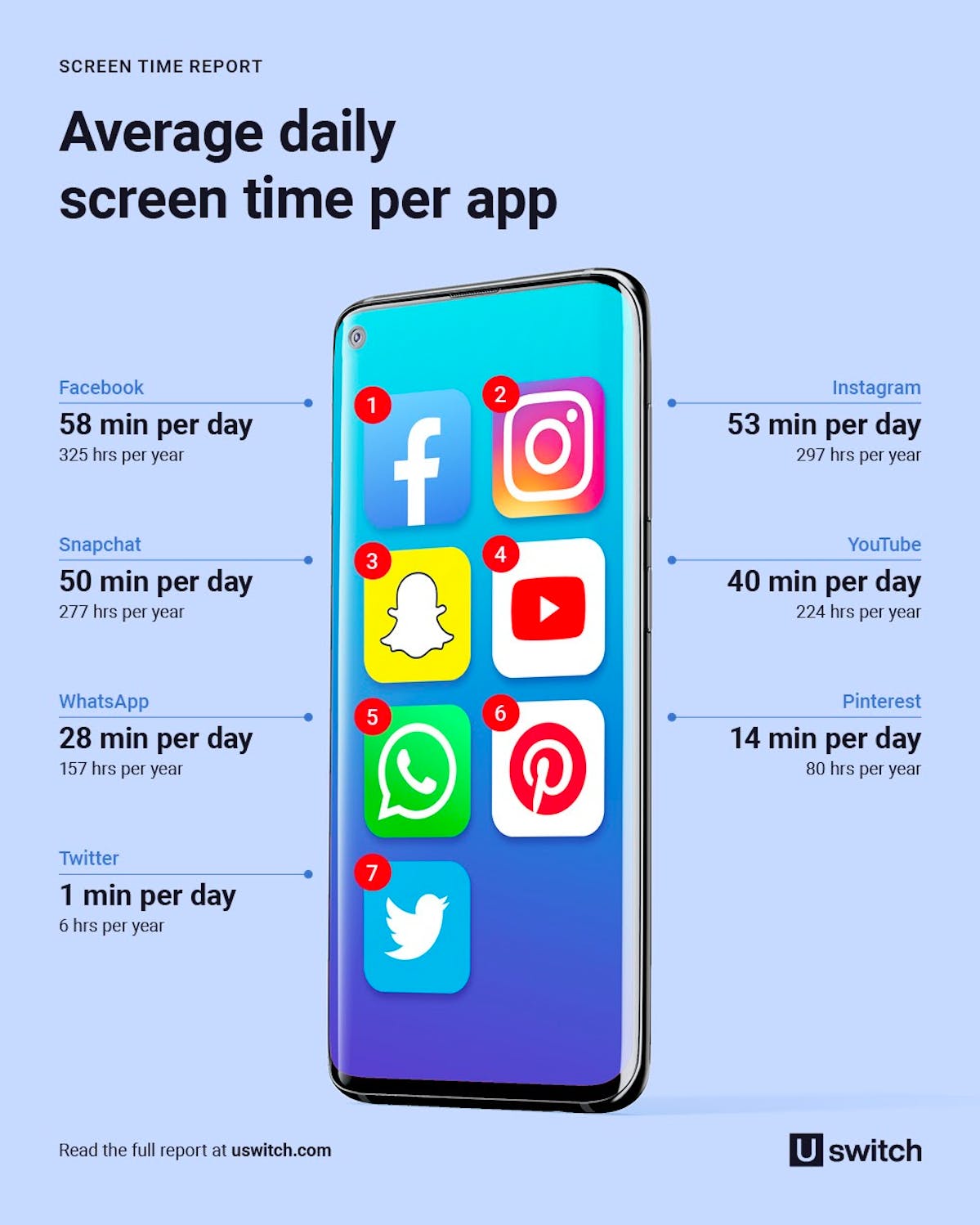 Social networks have revolutionised how we communicate with one another. Long gone are the days where you would need a landline or Yellow Pages to communicate. 85% of Americans have a smartphone with its main use to communicate through social media apps.

The study reveals that Americans are spending 35 minutes on average a day using social media, which is 195 hours a year. The biggest culprit in grabbing American’s attention is Facebook, with US users spending on average 58 minutes a day on the app, which is 325 hours a year!

Coming in at second is Instagram. The image sharing network is popular amongst Gen-Z and it’s not hard to see why so many Americans get sucked into scrolling through their feed for extensive periods of time. Americans are spending up to 53 minutes a day on these apps, which is equivalent to up to 297 hours a year.

We might not pay close attention to how much time we spend scrolling on our phones due to the endless news feeds that apps have today. But studies have shown that screen time releases dopamine to the brain which can negatively affect impulse control and, make screen time very addictive. 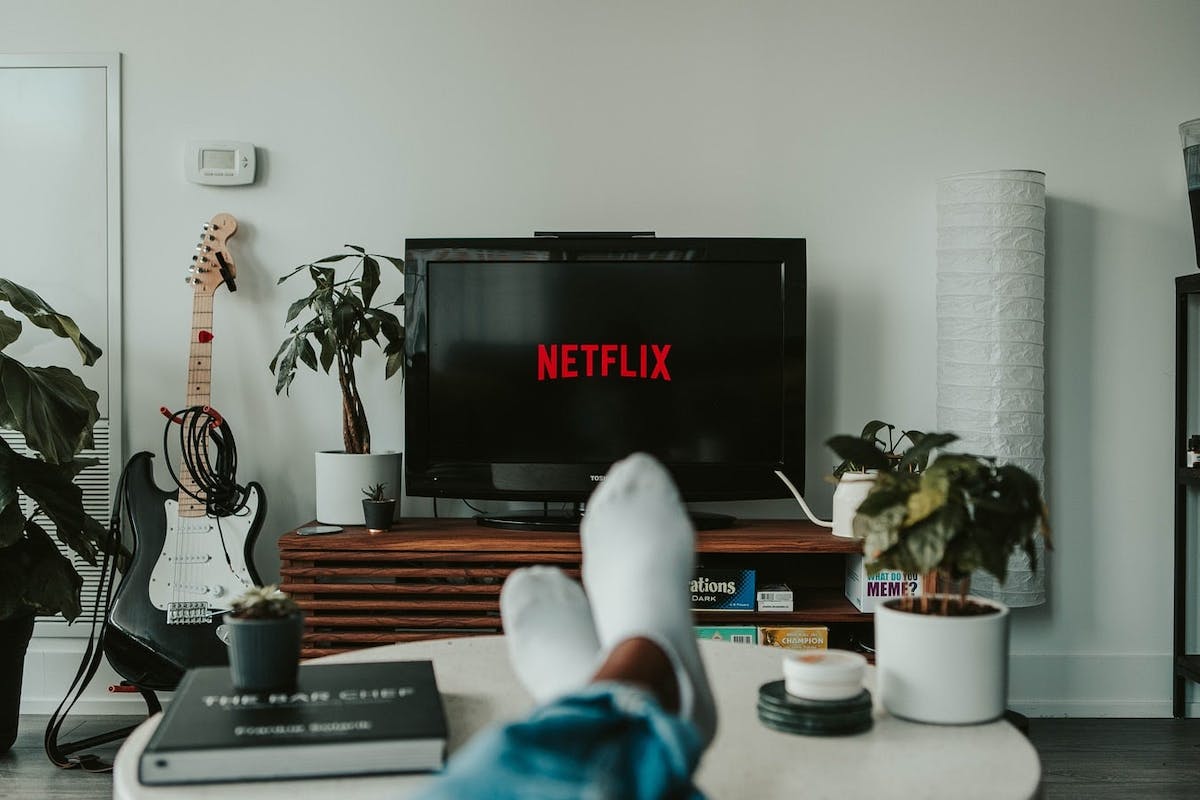 Person watching Netflix with their feet up

With access to thousands of TV shows and movies ready to binge at our fingertips, research reveals that 74% of Americans are signed up to a streaming service. While we might think we’re paying attention to the latest episode of Stranger Things or true crime drama, many of us are often scrolling on our phones at the same time.

Our study shows that Americans are spending similar amounts of time watching TV (3.29 hours) and on their mobile (3.49 hours) per day. According to Neilsen, many use their mobiles as an extension of entertainment. 71% of subjects from Neilsen’s study said they used their smartphone to find out more information about what they’re watching, 41% said they use devices to send messages about what they're watching, and 28% said they used social-media apps to read and write posts during the show.

Our study also revealed which American states spend the most time on screens, with Arizona coming in first place with an average of 4.6 hours per day or 1,546 hours per year. This is closely followed by Connecticut and Nevada with 4.4 hours per day, equivalent to four episodes of Game of Thrones or 12 episodes of The Simpsons. The state with the lowest screen time was Alabama whose residents consumed only 1.8 hours a day, followed by Vermont (2.1 hours) and Oklahoma (2.2 hours). 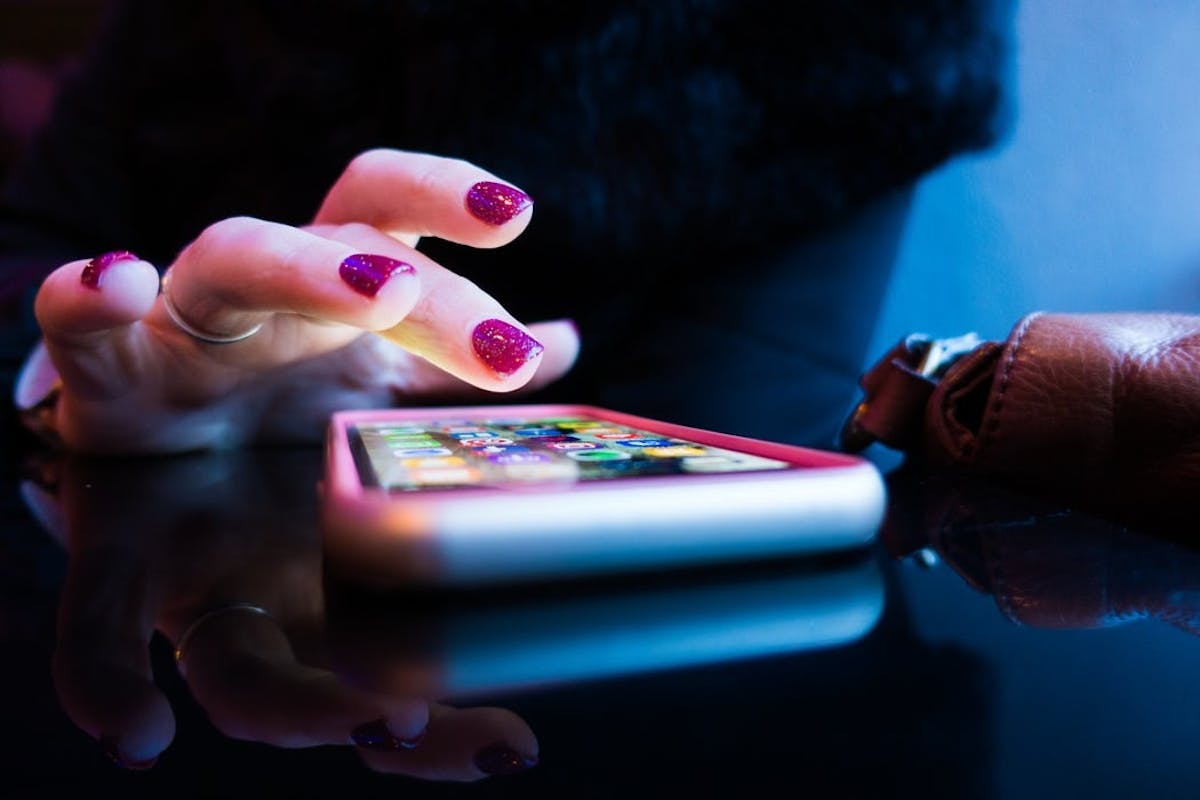 Facebook has seen a decline in users over the past few years especially in the younger demographic, with studies showing that 65% of Gen-Z check Instagram on a daily basis in comparison to 35% who do the same on Facebook. The younger generation is gravitating towards apps like Instagram and TikTok, as they allow them to be more creative and express themselves. Facebook is often seen as the place you’ll find your parents.

Our study has revealed that kids aged between 5-16 are spending up to nine hours a day in front of screens. A report by Commonsense Media revealed that the percentage of Gen-Z who say they watch online videos every day has more than doubled since 2015, from 24% to 56% among 8-12 year olds, and from 34% to 69% among 13-18 year olds.

Despite the boom in television content, the study reveals that tweens and teens are spending less time watching TV on a traditional television set. The percentage who say they enjoy watching TV  has dropped from 61% to 50% among tweens, and from 45% to 33% for teens, over the past four years. Our study reveals that kids are spending the same amount of time on the internet as they are watching television, which suggests that they are doing this simultaneously. 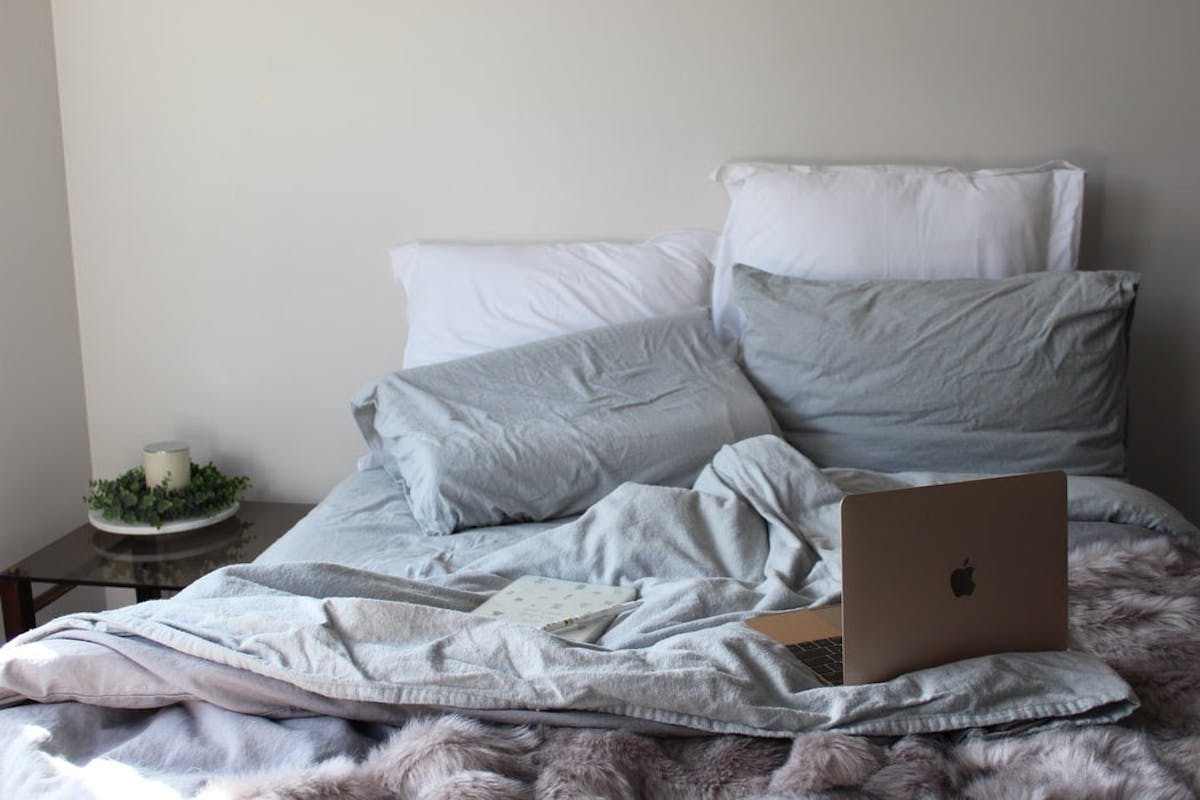 While we might enjoy watching the latest vlog, calling friends on FaceTime or posting to Instagram, spending too much time staring at a screen does have a downside. There is a big correlation between screen time and its effects on health.

Too much time in front of the screen can have adverse health effects, from weight gain and poor sleep to increased susceptibility to certain diseases. The increase in screen time goes hand in hand with sedentary behaviour, which in turn could lead to poorer physical health and wellbeing. In addition, the constant use of screens has a negative effect on sleep for children and young people, which is vital for good wellbeing and health.

Numerous studies reveal that extensive periods of screen time can lead to depression and anxiety. With the growth of social media apps comes unrealistic standards that are portrayed on these apps to show the “perfect” life. These comparisons can lead to negative thoughts, low self esteem and confidence issues. Studies have shown that adults who watched TV or used a computer for more than six hours per day were more likely to experience moderate to severe depression.

Tips to reduce your screen time

While many might be conscious of how much time they’re spending in front of screens thanks to Screen Time notifications, being surrounded by constant entertainment is addictive. Here are some tips to help reduce your screen time and its effects:

Using data collated from OfCom, Statista, NHSGGC and Broadband Search, we’ve looked into the percentage of our time spent in front of screens and what effects this can have on wellbeing.