Interest rates - what to expect and how to prepare

In an emergency response to the economic crisis due to the coronavirus (COVID-19) outbreak the Bank of England (BoE) slashed the base rate for the second time in a month down to 0.1% on 19 March 2020. It marks a record historial low for the rate and a warning that the bank expects the pandemic will result in a major economic shock.
Share this guide

Interest rates - what to expect and how to prepare

The bank said the emergency measure was being taken to "help to support business and consumer confidence at a difficult time, to bolster the cash flows of businesses and households, and to reduce the cost, and to improve the availability, of finance."

Interest rates going down is generally good news for those with variable rate or tracker mortgages, who should see their monthly repayments go down. However savers may be on the losing side, as returns on deposits were already virtually negligible.

What is the base rate?

The base rate of interest is set by the Monetary Policy Committee (MPC) of the Bank of England (BoE). It is the price banks and other commercial lenders 'buy' their money at, and is the interest rate that all others follow.

That means that if the base rate goes up, the interest rates rise on commercial mortgages, loans, credit cards and savings accounts will too.

Prior to the Brexit referendum result on 23 June 2016, the plan from the BoE was to eventually and gradually raise rates:

"It would not seem unreasonable to me to expect that once normalisation begins, interest rate increase would proceed slowly and to a level in the medium term that is perhaps about half as high as historical averages." 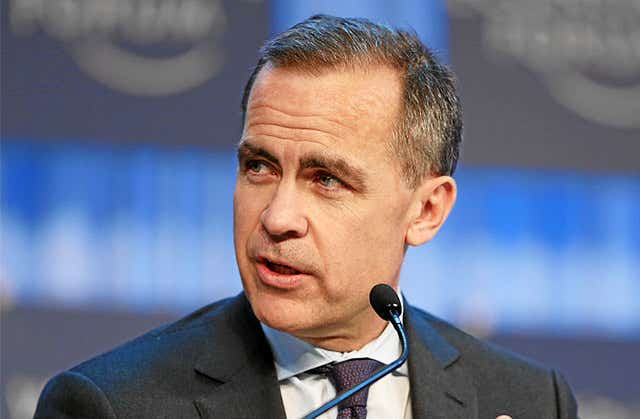 How will mortgages be affected?

Looking back at the past you can see how mortgage rates are highly sensitive to changes in the base rate. 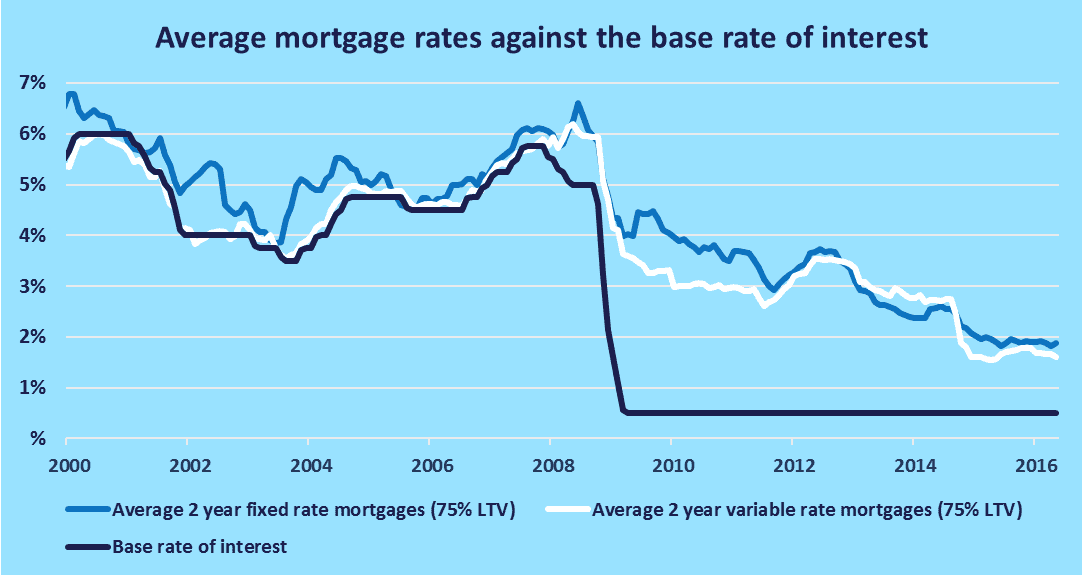 At the moment it's difficult to ascertain how long this cut will remain in place and what impact it will have on mortgage rates.

But many other wider market forces affect mortgage rates, so don't bet on the base rate changes alone.

Is it worth fixing a mortgage rate?

A fixed mortgage rate will set your mortgage rate for a period of time (typically two, five or ten years), as opposed to a variable rate which will vary at your lender's discretion.

Knowing when to fix a mortgage rate is tough - whilst fixing protects you against rate rises, you risk being caught out, as rates may become cheaper and you'll be stuck with a relatively high rate.

Should you make mortgage overpayments?

Low interest rates can lead to a common conundrum - are you better off overpaying on your mortgage or putting any spare money in savings?

The first thing to ask yourself is whether you have the option to overpay on your mortgage. Not all mortgages allow overpayments, and those that do may charge you for the privilege in the form of a one-off fee or a stepped fee.

Even then you should ask yourself whether you can afford it. Savings are great for earning interest, but are also a great fallback in the event of something going wrong around the house, or in the event your personal circumstances change.

However, that should be balanced against what you could save. Taking advantage of the current situation of relatively cheap repayments to pay back more of your debt means lower repayments in the future should rates eventually rise.

In addition, the low base rate means savings might be put to better work to pay back more of your mortgage, rather than earning around 1-2% AER in a savings account. If you still want access to your savings you could consider an offset mortgage.

What can you do if you're getting a mortgage or remortgaging?

If your outgoings are tight and you can't afford the unpredictability of a rate rise, then fixing gives you reassurance you can afford your mortgage, no matter what happens.

If you are more financially secure it could be worth waiting it out to see how cheap rates can go.

In either case, make sure to compare mortgages on cost - consider all the fees (booking and exit) and always look at the APR as well as the initial rate.

You should always carefully consider what you can afford now and seeking independent financial advice before getting a new mortgage is always wise.