Is remortgaging worth it? 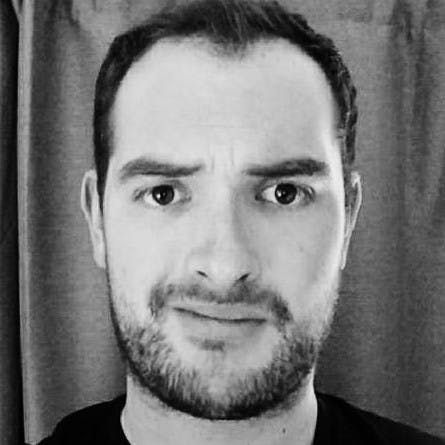 Remortgaging can be an effective way to save money on your monthly mortgage repayments, but it can be hard to work out whether or not it is actually worth it in the long run.

Remortgaging is essentially switching your current mortgage to a new provider, usually at a lower interest rate.

Mortgages will often have a time-limited offer lasting two to five years at the start of the deal, but once this runs out you could be on a much higher rate of interest. So remortgaging to a new deal with a new provider could be a great way of getting another time-limited offer and save you some money.

Uswitch has saved me the most money on my mortgage. In just the last two years alone I’ve saved around £1,800 just by choosing a better mortgage provider. My mortgage used to be with Halifax at £550 per month, but I switched to Metro Bank for £499 a month, saving me £51.

How much could not remortgaging cost you?

It’s important to regularly compare the remortgaging market and also keep an eye on any movement on the Bank of England interest rate.

Any changes to the interest rate could have a big impact on how much you pay every month. The Bank of England interest rate is the price of borrowing money for banks – often referred to as the bank rate – and therefore acts as the ‘base’ of what banks will charge you.

Essentially, a low bank rate from the Bank of England, will generally mean lower mortgage repayments for you, however, every bank has their own prices and, although they try to stay competitive, once they lock you into a mortgage deal they could end up charging you much more than you anticipated or prepared for.

If you are on a variable rate with your current mortgage then the amount you pay each month is likely to change. If the rate is low it may be a good deal for the time being, but over the course of an entire mortgage term this rate is likely to go up. It might be cheaper to move onto a new mortgage provider's fixed rate mortgage once your standard variable rate goes up.

Remortgaging, or rather the option to remortgage, is one of the homeowner’s best tools to avoid being trapped having to pay more than you should. Remortgaging may not always be profitable because banks will charge you various fees to leave your current deal, and once you subtract it from the savings you’d make, you could find you save nothing at all.

On the other hand they can be a huge money saver, so being regularly aware of the market and of the bank rate is the best way to ensure you know when to switch your mortgage.

What are the costs of remortgaging?

Remortgaging involves using a new mortgage provider to pay off the entirety of your current mortgage. This means now owing your monthly mortgage repayments to a new provider instead of the old one.

However, there are a variety of new costs you will have to pay and therefore assess whether or not it will be cheaper in the long run to remortgage.

Here are list of the charges you are likely to have to pay in order to remortgage:

Almost all mortgage providers will include an early repayment charge which will tie you in to existing discounted variable rate or fixed rate deal.

Mortgage deals tend to last somewhere between two, five or ten years and you will usually need to pay these fees to leave within this period.

Remortgaging counts as paying off your mortgage early, due to the fact that you are having a new mortgage provider pay off your entire mortgage (although you still have to pay it off with your new provider).

A good way of calculating the costs of remortgaging is to take the number of years left on your repayment plan, the cost of the monthly mortgage repayments on your new plan versus the old one, and the cost of the early repayment charge.

If over the remainder of your mortgage you calculate that you are likely to pay less, even if you take a hit on the early repayment penalty, then it could be worth it.

Technically remortgaging is switching to a new mortgage, which mean you need to pay for many of the basic administration costs involved, just like you did when you took out your original mortgage.

Many mortgage providers will waive their booking fees if you are remortgaging, but it is still worth checking out the rates on all deals, even if there is a booking fee.

Avoid putting the booking fees onto your mortgage repayment plan, which is what some banks may advise if you don't want to give up a large sum of cash in one go.

Adding any fees onto your mortgage is bad value as you will be paying interest for longer and therefore giving away more money than you are actually required to pay.

Just like with your original mortgage, you might need to pay for surveying fees as your new provider offering the remortgage may want to check nothing has changed since.

However, this is more likely to be a mortgage valuation check, to see if the property's value lines up with the remortgage offer.

You will also need the legal fees taken care of with a remortgage, just as you would have done with a mortgage.

These costs are likely to stack up and could make you think twice about remortgaging, but doing your calculations in advance will give you a better idea of how much money you could save.

It's worth remembering that you aren't likely to make a huge immediate saving. If you are you going to make some savings, you will most likely feel them over a few months, or even years.

When should you start planning to remortgage?

Firstly, you should keep an eye on when your current mortgage deal comes to an end. If you are on a low fixed rate deal that lasts two years or five years, check what the new standard variable rate will be.

Check the market and look for a cheaper fixed rate deal or even a lower Standard Variable Rate before your current deal comes to an end.

Make sure not to remortgage before that deal ends as you might be charged an early exit penalty, as well as an early repayment charge.

Is it worth remortgaging to a fixed rate?

A fixed rate deal can be a great way to lock in a cheaper rate if the Bank of England interest rate has gone up or is likely to go up soon.

If you've read from reliable news sources that the Bank of England interest rate could go down, then you may want to consider moving to a tracker or Standard Variable Rate mortgage.

These deals are likely to lower their interest rates roughly in line with the bank rate. However, there is obviously still a risk as you can't be certain about what the Bank of England will decide.

Also, the bank rate can still go up in future, and so it depends on how long you have left on your mortgage deal.

A fixed rate deal might be best when the interest rates are volatile but it can also have drawbacks as you could get stuck on a higher rate than what's on offer in the tracker mortgages market.

When should you fix a mortgage rate?

Mortgage rates are impacted by the bank rate, which is affected by the UK's current economic outlook.

Generally, in good times, the bank rate will be a little higher, as there should be enough people able to afford the more expensive mortgages – but they will also get a higher rate on their savings.

During bad times, the bank rate will generally stay low to encourage lenders to keep doing business. This will mean that savers get a worse rate too, so they are encouraged to put their money into the economy instead of saving it up.

So it's usually better to fix a mortgage rate just before the economic outlook is about to improve.

The Bank of England may also raise interest rates in anticipation of improvements in the economy, but that may not work in everyone's favour - you may end up having to pay more than you can afford - so it's important to stay on top of the financial news when you're thinking of remortgaging.