While electric vehicles are growing in popularity, more still has to be done to convince petrol and diesel car drivers to make the switch to this environmentally-friendly alternative. However, various EV-related myths still persist, which is hampering efforts to increase the take-up of electric vehicles among the general public. Here we’ll debunk some of the assumptions that drivers still have about electric vehicles.
Share this guide 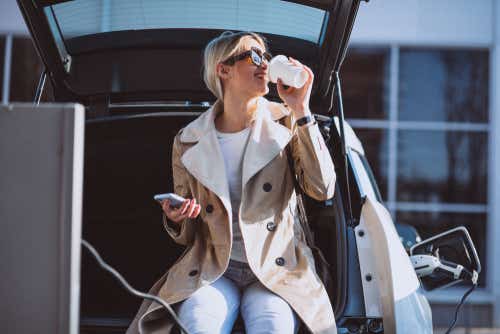 Myth 1: Electric cars will be more expensive than petrol cars

Many people believe that electric cars will be more expensive than petrol cars. There is some truth to this, but only in the very early stages of owning the car. Electric cars are more expensive to buy than their petrol and diesel counterparts, but the cost is coming down all the time. When it comes to running and maintaining the car, the costs are much lower. Charging a battery (even from empty to full) is much cheaper than filling a tank with petrol, and the lack of an internal combustion engine means that there is much less that can wear down or break in an electric car.

Myth 2: My EV will run out of charge halfway through my journey and leave me stranded

Range anxiety is a common concern for drivers thinking about switching to an EV - the idea that you might not be able to find a public charging point before your battery runs out is an understandable worry. The reality, however, is that most of us don’t regularly make long journeys every day where running out of charge halfway through is a realistic issue. If you have a home charger, you should be able to charge back to full every night if you need to - and if you do make a long journey, you can utilise public charging point top-ups at service stations where you’d almost certainly be stopping for a 20-minute break or so anyway.

Myth 3: EVs are just as bad for the environment as petrol cars

A lot of the conversation around EVs being as bad for the environment as petrol cars comes from the idea that, once the battery has given up the ghost, it will just end up in a landfill somewhere.

It’s also important to note that the source of the electricity you use to charge the car has an effect on how environmentally friendly it is. If you get your electricity from a renewable source such as wind or solar power then the car is, for all intents and purposes, a zero emissions car. If it comes from fossil fuels, it’s a trickier proposition.

There are a surprising amount of misconceptions around the safety of EVs in terms of charging - for instance, people are often worried about electrocution when charging in the rain. The vehicle industry, though, is compelled to abide by a huge number of safety standards with any vehicle from taxis to buses to electric cars. This means that every electric vehicle is put through rigorous testing before it leaves the assembly line and precautions are taken to ensure that the electrical parts are safe to use. For instance, the high voltage battery and electrical systems are fully sealed and waterproof, so there’s no safety risk of charging in the rain or driving through standing water.

Because our phone batteries don’t last particularly long before beginning to lose their ability to hold a charge, there’s a misconception that EV batteries will be the same and you’ll need to buy a costly replacement every couple of years. However, most manufacturers offer battery warranties of seven or eight years, which is about when you might start looking to replace a car anyway. There’s good reason to think that the batteries will actually last longer than that, though.

Myth 6: The National Grid can’t handle the EVs all being plugged in to charge at the same time

The concern about the National Grid comes in two parts - do we have enough energy to meet demand and can we get the energy to those who need it?

Although demands have been placed on our energy network in recent months, it is well capable of handling an increase in use as EVs become more popular. It’s important to remember that we aren’t all going to switch to electric vehicles overnight - the increase will be gradual - so there is time for the network to adapt to increased use.

Another worry, though, is that the peak of electricity demand is usually between 6pm and 8pm, which would probably coincide with commuters getting home and plugging cars in to charge. With this in mind, many home chargers are smart and will either avoid charging when demand on the grid is at its highest, or can be manually set so they don’t do it. 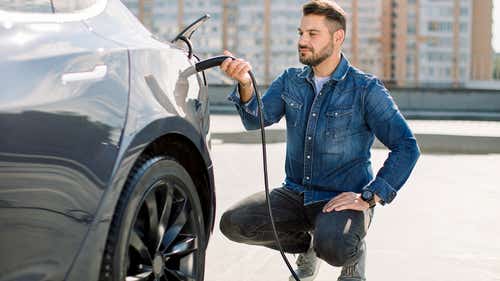 Charging electric cars couldn’t be simpler but it can be daunting for new EV drivers. Uswitch explains everything you need to know about EV charging. 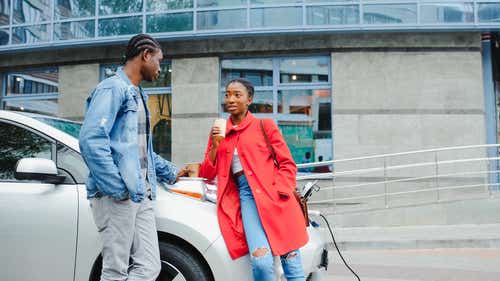 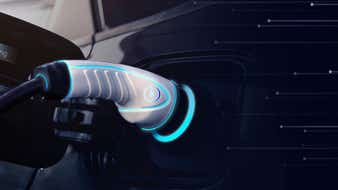