Looking for a new phone? 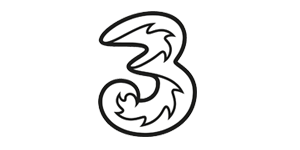 Clear all
Filter by:

Can't find what you're looking for?
Uswitchservices are provided at no cost to you, but we may receive a commission from the companies we refer you to. To find out more about how our site works, click here. If a deal is ‘promoted’ on uSwitch’s tables, then it has been lent additional visibility as a result of us securing exclusivity on a great deal, or a commercial agreement to showcase what we believe to be market-leading value to consumers.

What is a contract phone?

Contract phones refers to handsets that are sold by networks as part of a deal that also includes monthly allowances of data, calls and minutes.

Depending on the contract you choose, you may have to pay something upfront too to help cover the cost of the phone.

If you opt to pay something upfront, you'll usually benefit from lower monthly premiums and will pay less in total over the course of the contract term.

What does pay monthly mean?

When you take out a pay monthly phone, you'll have to sign a mobile contract, tying you to that provider for a certain amount of time.

What are the pros and cons of pay monthly mobile contracts?

As we mentioned above, there are some very good things about pay monthly mobile contracts.

Want a new phone, but don't want to break the bank? Here's our pick of the best value for money smartphone contracts.

How do I pick the right pay monthly contract?

What is the best contract phone deal for this Black Friday?

Black Friday will see all sorts of cheap deals on contracts for iPhone, Samsung and more, so stay tuned for all the deals as we get them.

Can you get contract phone deals on Black Friday?

Black Friday is the perfect time to get a cheap deal on a pay monthly contract.

Can you get contract phone deals on Black Friday?

Black Friday is the perfect time to get a cheap deal on a pay monthly contract.
Back to top

What is the best contract phone deal for this Black Friday?

Black Friday will see all sorts of cheap deals on contracts for iPhone, Samsung and more, so stay tuned for all the deals as we get them.
Back to top
×