Although the Samsung Galaxy S10 is a few years old now, it's still a great phone. It boasts an amazing screen, epic battery life and truly awesome photography skills.

But then the S9 was no slouch. So why should you upgrade? Join us as we run down the main differences between the two, and see exactly what this puppy has to offer.

Samsung's S10 range comprises of three new smartphones. Want to know which to go for? Take a look at our guide to the S10e, S10 and S10 Plus.

This is the biggest difference between the two handsets. The S10 has three rear cameras, whereas the S9 has only one. That means the S10 has way more advanced options for photographers, or anyone wanting to take a half decent pic.

The front camera has also been improved, from 8 megapixels to 10. Which should result in clearer selfies and higher-quality video calls. Good good. 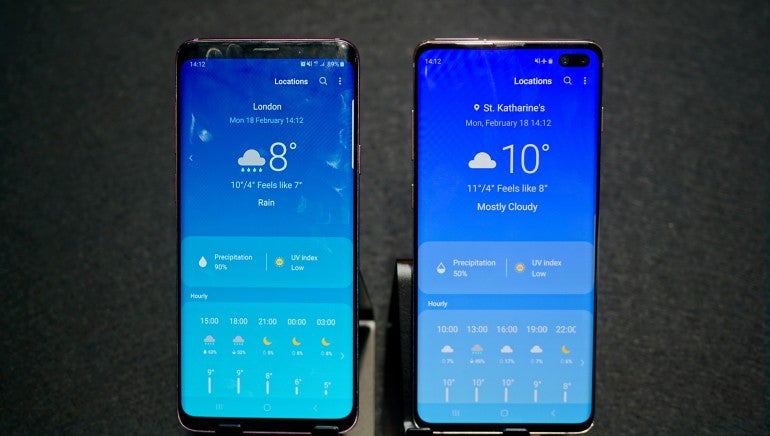 This is another big improvement. The S10’s screen stands a massive 6.1 inches, which is bigger than the 5.8-incher found on the S9. In fact, accounting for the rounded corners, the S9’s is only 5.6 inches, so you get almost half an inch more screen real estate to play with. 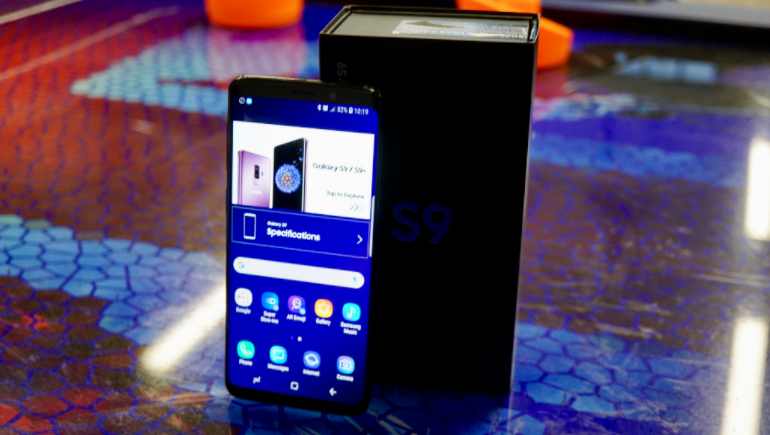 The result? The phone should last longer between charges.

The S9 gave 12 hours of browsing on data or 14 on Wi-Fi, or 16 hours of continuous video playback before giving up the ghost. Expect all of these to improve for the S10.

Again, a big improvement here. The S9 initially shipped with only 64GB of storage, although in some regions this was increased to 128GB and 256GB options. The S10 comes with either 128GB or 512GB straight out of the gate.

It also supports larger microSD cards, so you can load on more films, games, apps, photos and videos. The S9 only supported microSD cards up to 400GB, but the S10 supports up to 512GB.

This means that, just like the Galaxy Note 9, you can opt for the 512GB S10, whack in a microSD card and have over 1GB of storage at your disposal. Madness.

The S10 is slightly taller and wider than the S9, though it’s a little bit slimmer (7.8mm to the S9’s 8.5mm). Many would argue that the slimness is the really crucial spec when it comes to dimensions, as it dictates how big the bulge in your jeans’ pocket.

In other words, it’s another win for the S10.

Like its predecessor, the S10 has both a fingerprint scanner and facial recognition software, so you can unlock the phone just by looking at it. But there’s a crucial difference – the fingerprint sensor is built into the screen, instead of placed around the back.

That makes for a more elegant design, and means you won’t accidentally press the camera with your fingertip, smudging the lens, as you reach around back for the sensor. Good news all round.

Of course, one of the main reasons to go for an older model is the price. Right now, you can get the S9 for as little as £280 SIM-free.

An S10, however, will cost a bit more.SIM-free prices start from around £350.

Want the very latest Samsung? Take a look at all our best Samsung Galaxy deals.

We put the best Apple and Samsung have to offer to the test.

We take a turn on Samsung's new top-of-the-range smartphones.

5G version may be Samsung’s most expensive smartphone yet.