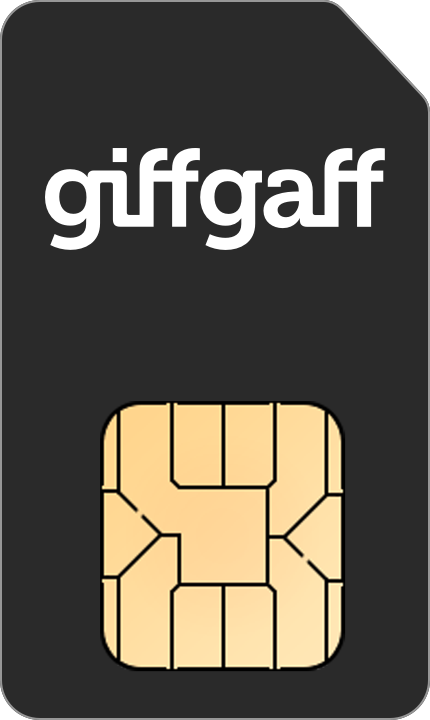 Uswitch Awards Network of the Year 2021

Get an extra 1GB with your third goodybag

Once you've paid for your third giffgaff goodybag worth £10 or more, giffgaff will give you 1GB extra if you run out of data. Terms apply.

Change or cancel your plan anytime

We'll recommend the right plan for you, even if that means you spend less.

giffgaff's mobile phone service is based on O2’s network and offers 99% population coverage across the UK.

giffgaff's service is based on O2's network with an average connection speed of 15.06Mbps.

giffgaff offers inclusive roaming in 37 locations in the EU and beyond.

giffgaff, which is Uswitch Network of the Year 2018, is a mobile virtual network operator (MVNO) that runs on the O2 network. It's best known for its low cost SIM-only deals that include a generous allowance of minutes and data with unlimited texts for a minimum monthly top-up.

giffgaff aims to keep things simple and affordable, while offering flexible plans that mean you're not tied in to a deal that no longer meets your needs.

One of giffgaff's key differentiators from other networks is that involves its own users in its sales, marketing and customer service operations, thus keeping costs down and in turn passing back the savings to you: the customer.

In keeping with its strapline: ‘the mobile network run by you’ giffgaff's customer service is operated by its own customers, dubbed members, who answer your queries and help you out when you’re stuck. Anyone can sign up to be a member. And for their efforts, they'll be rewarded with giffgaff points, not to mention the satisfaction of helping others.

giffgaff claims that its team of members allow you can get help at any time, day or night, unlike big mobile networks' call centres that are only open between certain times. And it should mean there's no need to wait in long call centre queues either.

giffgaff's flexible, no-contract plans are called goodybags and offer a generous mix of data, minutes and texts. They also include free giffgaff-to-giffgaff calls and texts.

You’re free to change or cancel your plan anytime, so you can choose a different goodybag should your needs change.

There are 12 plans available, starting at £6 per month. The most popular plans include:

If you choose to set your plan to recur for at least 3 months, you can get even more for your money with golden goodybag plans, which include:

See a more extensive selection of giffgaff plans on our dedicated comparison page.

Moving to giffgaff and want to keep your phone number from another network?