Joe Svetlik - 23 August 2016
Comment
Share
Tweet
It's the first Lumia smartphone for a long time and the first-ever to run Windows 10. So what's new? And what's not so new? And should you switch from your Android or iOS handset? Let's find out. 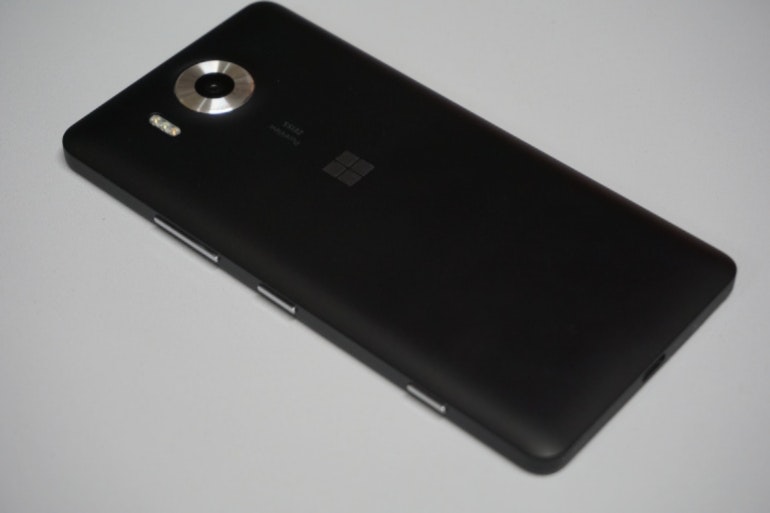 Not good. The Lumia 950 feels more like the entry-level Lumia 520 than a flagship phone.

Indeed, it even sits in the same plastic tray-style back cover. That really isn't good, considering the lavish build quality of Samsung's Galaxy S6 and the iPhone 6S.

It's 2015, rounding off the corners doesn't really do it for us anymore. Not when the iPhone 6S and Samsung Galaxy S6 Edge continue to push boundaries on the design front.

The metal buttons have a cheap feel too. If we didn't know better, we would think we were reviewing something that was half the price. 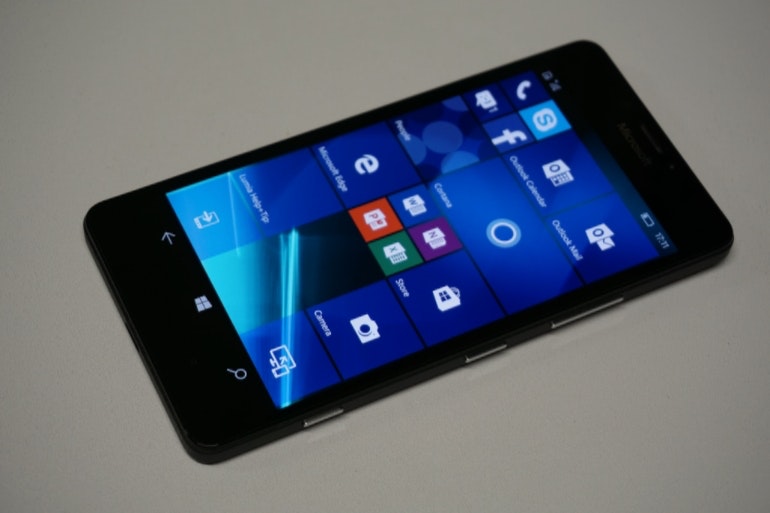 The Lumia 950's screen is a highlight. At 5.2 inches, it's nigh-on the perfect size by our reckoning. And the inclusion of QHD resolution technology, which means the display is four times as sharp than a 720HD screen, is impressive, considering not all flagships offer it.

The colours are accurate, lines are sharp and – crucially for the few days of winter sun we get – it's clearly visible outdoors in all conditions.

Viewing angles are also impressive, so you can see the screen whichever angle you're looking from.

It's just a shame the phone's chassis doesn't feel as premium. It's like Microsoft bolted an amazing windscreen onto a decidedly average car. 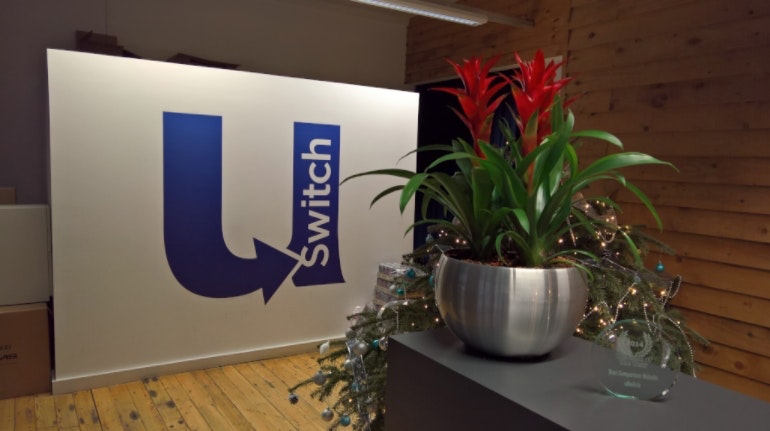 Lumia camera phones are some of the best around. Thankfully, this one is no exception.

The Lumia 950 packs a 20-megapixel lens, making it one of the most highest-grade cameraphones around. However, there's a lot more to image quality than mere megapixels.

Photos come out packed with detail, and the colours are some of the most accurate of any phone camera we've tested.

It boasts optical image stabilisation, which helps reduce blur and makes it faster to focus, and pictures are blissfully free from noise (that annoying graininess that tends to show up in low-light snaps).

It's easy to change settings thanks to the highly intuitive software too.

Manual options like white balance (how the colours appear in a snap), ISO (the sensitivity of the image sensor, the lower the setting the less sensitive it is to light) and exposure (how much light you let in to the sensor) are all easy to access, and will help you get much better photos.

There's also a dedicated camera button on the side that starts up the shooter no matter what you're doing with the phone, or even if it's asleep. 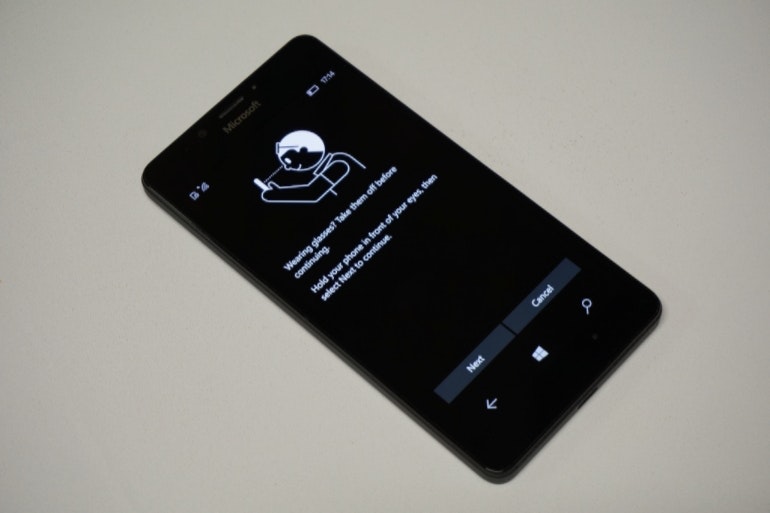 One of the flagship features of Windows 10 is Windows Hello. This recognises the iris in your eyes and lets you unlock your device just by looking at it.

However, you have to be very close for it to work, and most of the time it didn't. The feature is still in testing, though, so hopefully it'll improve soon.

Microsoft's Edge browser – the follow-up to Internet Explorer – leaves a lot to be desired. It's laggy and unresponsive, and generally a lot less usable than Google Chrome or Apple's Safari.

In fact, Windows 10 in general is a bit slow and buggy. We'll be charitable and put it down to teething issues, but it's annoying all the same.

But it's not all bad. The glance screen feature allows you to set your homescreen so it shows you the time and date when the phone is in standby mode without eating up much battery life. And the Continuum app lets you use the Lumia 950 as a Windows 10 PC (albeit with the aid of a dock which costs extra, or through Miracast).

What about battery life? Well, we reckon the Lumia 950 will last a day before needing a recharge, which is about standard these days.

One other thing to note – it has a USB-C port, so your old Android charger won't work with it.

With prices starting at £449.99, the Lumia 950 much pricier than some much more polished handsets.

As well as the bigger screen, your extra cash gets you a slightly faster processor and higher capacity battery. But otherwise it's the same phone.

The 950XL is £80 more than the equally large Nexus 6P. So you'd have to really love Windows 10 to make it worth considering. 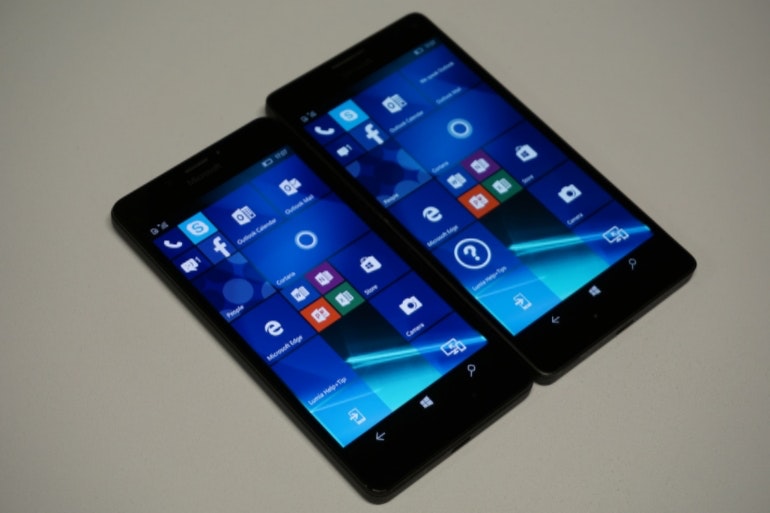 Unless you're mad about Windows 10, the Lumia 950 is best avoided.

Otherwise, you're better off buying a cheaper rival. Or waiting for Microsoft to release a smartphone – and a version of Windows – that can fully realise its ambitions.

Putting the little-used OS to rest.