Luigi Palazzolo - 02 November 2018 Last updated: 09 April 2021
Comment
Share
Tweet
At under £300, the impressive specs seem too good to be true. We take a closer look.
In partnership with

The Nokia 7.1 Play. Unboxed. Earphones are included but no complimentary protective case.

Nokia, the legendary mobile makers who dominated the early 2000s, re-launched last year with a wide range of excellent smartphones that went down a treat with consumers.

Now, a year on, Nokia is a serious player in the smartphone game, creating everything from super-budget phones to high-end handsets and everything in between.

And its latest offering, the Nokia 7.1, fits snugly in the middle of the market, bringing you some pretty premium specs without a hefty price tag.

We were impressed with the solid, no-nonsense lines of the 7.1’s predecessor, the Nokia 7 Plus, which was released earlier this year. And the appearance of the new 7.1 confirms the line of devices that rely on well-established technology and prioritise built quality over long feature lists.

At first glance, the Nokia 7.1 looks and feels every inch the premium device.

An all-glass Gorilla Glass 3 back and a metal frame is something we’ve now come to expect even on mid-range phones. But the 7.1 is noticeably stronger and more attractive than most of its competitors.

The glass at the back has pleasingly round edges and sits comfortably in the hand while the aluminium frame wouldn’t look out of place on an Apple or Samsung branded device.

The glass back and brushed metal frame can make the phone feel a little slippery. So if you’re a tad on the clumsy side it might be sensible to get a case for it. 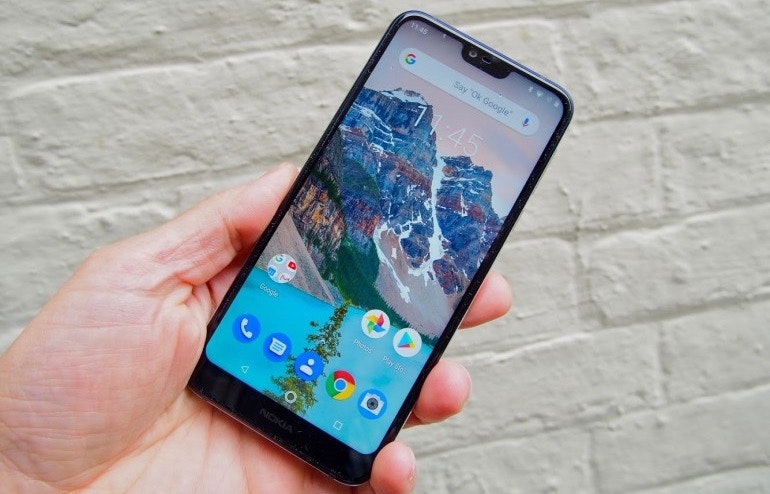 The Nokia 7.1 is a sleek looking device. 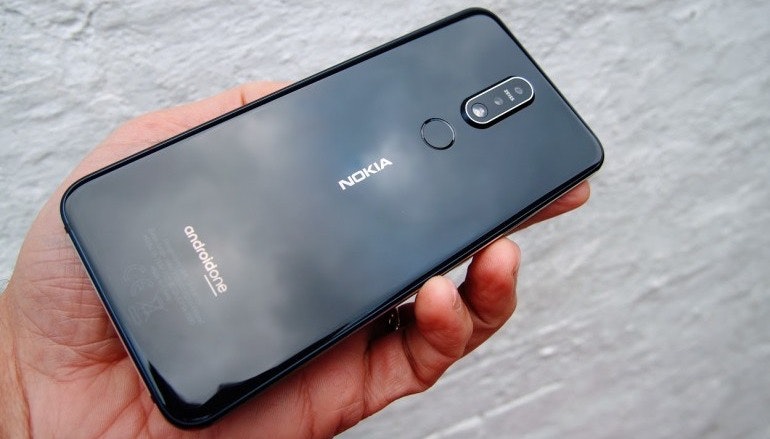 None of the crazy iridescence seen on some of its competitors, the plain glass back is only available in a very dark midnight blue.

The fingerprint reader is located at the back, placed at a good height near the camera lens. It feels very natural to use and takes no time at all to get used to.

Unlike most of the devices released lately, the double-lensed camera is centred and hardly protrudes at all. While this may sound like a small detail, it means the phone is stable when resting on a hard surface and can be used without the annoying wobble you get due to a protruding, off-centred camera lens.

Unsurprisingly for a mid-range phone, there is no waterproof certification. But the device seems well put together and would certainly survive the occasional raindrop.

The Nokia 7.1 is narrower than its predecessor and has a screen size ratio of 19.9. This is in-line with most of the devices released recently. Together with the screen notch at the top, which makes the screen wrap around the front camera, it’s a common way to squeeze the largest possible screen size into a phone that is still easy to handle.

The 5.84-inch display is an IPS LCD, identical in resolution and size to the one seen on the lovely-to-look-at Honor 10.

LCD screens are traditionally a bit less bright than the more expensive AMOLED technology. But LCD displays have come on a lot in the last few years and the Nokia 7.1 improves considerably over the previous models which we found was struggling when used in full sun.

One of the best LCD we have seen on budget phones.

The display is built with Gorilla Glass 3 which guarantees a good level of scratch resistance. The screen does feel solid but some wear over time is inevitable so we strongly advise to protect it with a case.

The sound from the main speaker is great for gaming and watching YouTube videos. And if you want to turn the volume all the way up to 11 without disturbing anyone, the Nokia 7.1 has a headphone jack handily placed at the top of the device. So you can plug in your wired buds without having to faff about with an adaptor. 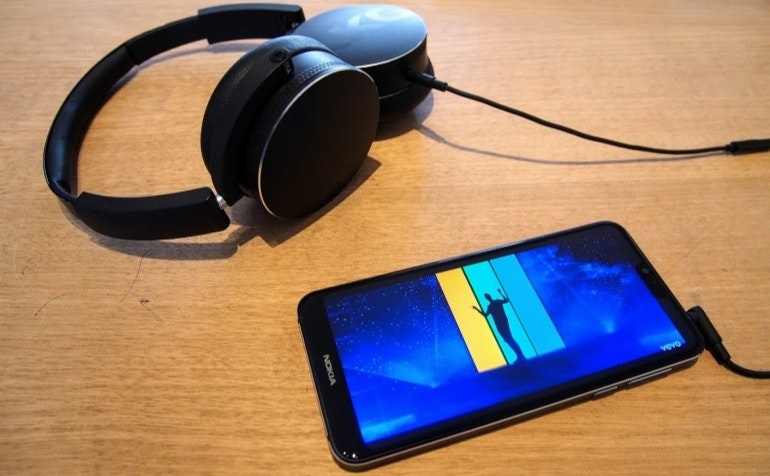 Headphone jack is located at the top of the phone. 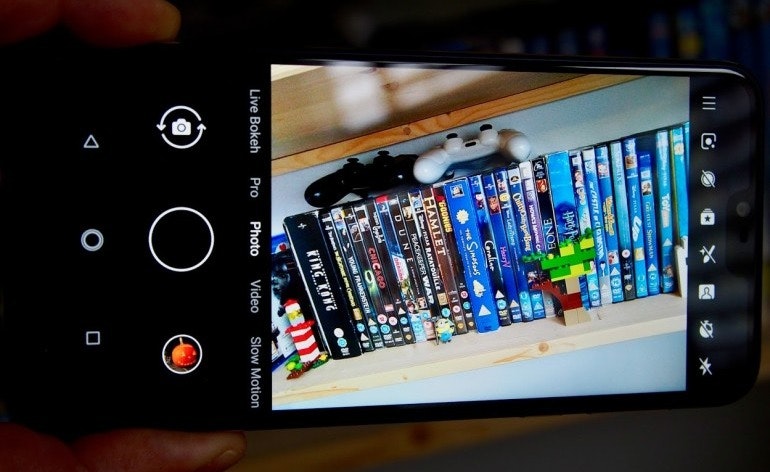 The Nokia camera interface is still a work in progress.

The Nokia 7.1 comes with a dual camera setup comprising of a standard 12-megapixel wide-angle lens coupled with a 5-megapixel lens dedicated to depth-sensing in order to produce a good blur-background shot.

The camera interface is filled with options. On the side of the shutter button, you’ll find the selfie toggle and gallery shortcut, while a scrolling text-menu lets you choose from eight different modes, including Panorama, Slow-motion, Live Bokeh and standard Video.

On the other side of the preview screen (or at the top if you’re holding the phone upright) there are additional buttons for the flash, timer and a fun selection of augmented reality stickers, along with a beauty mode for portraits.

The Live Bokeh mode is easy to use and the level of blur can be adjusted. For best results, try different levels when taking a picture, especially when framing small objects with varying depths.

The Nokia 7.1 holds its own well compared to its direct competitors. It delivers more vivid colours and sharper details than the similarly priced Moto G6, and produces consistently good shots, even in low light. 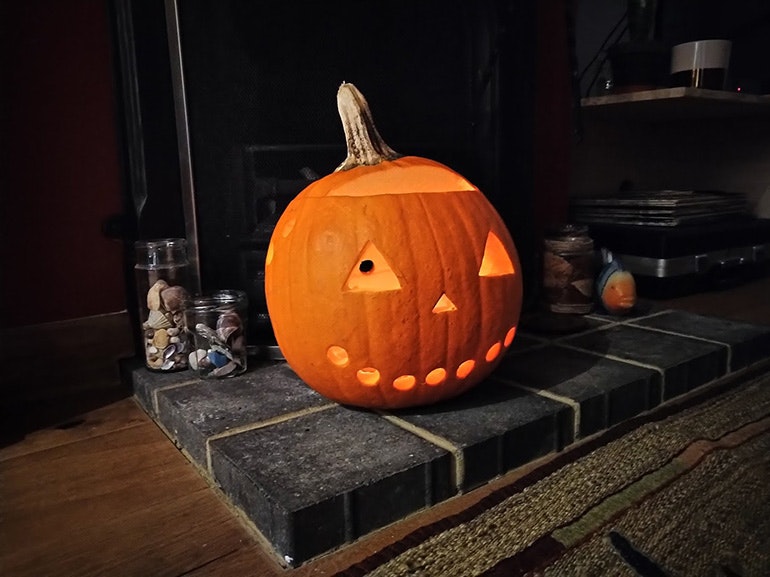 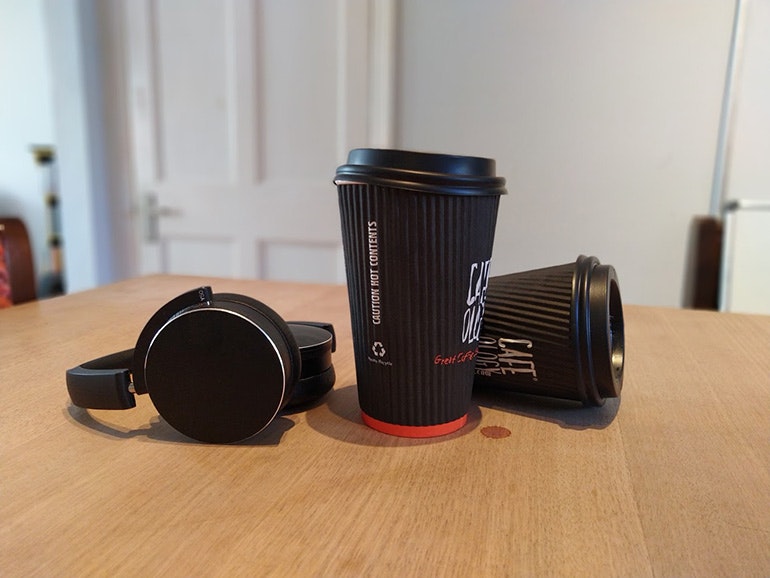 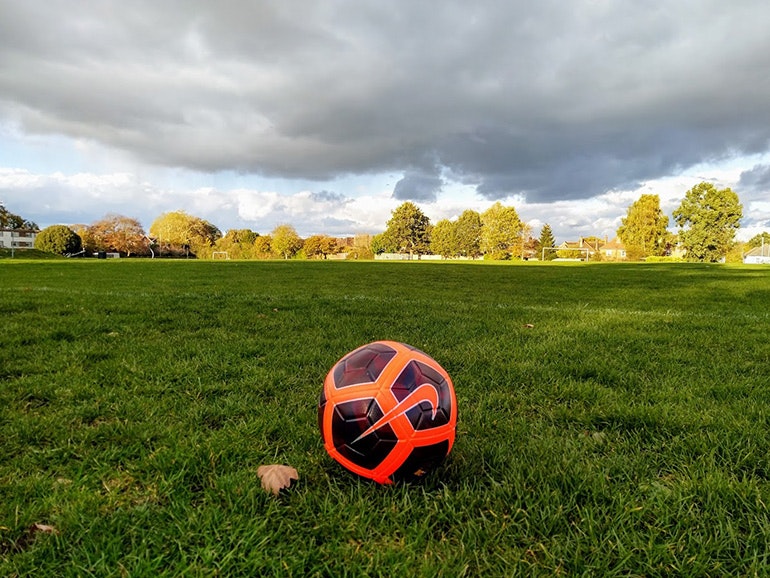 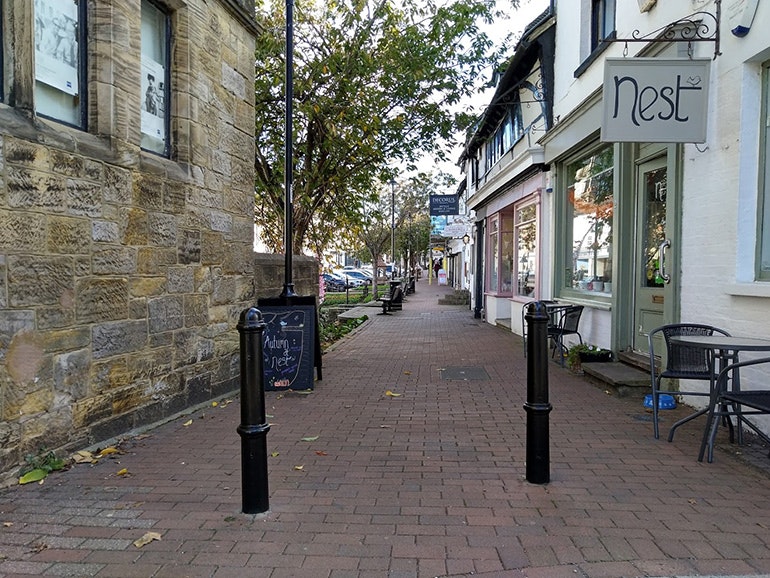 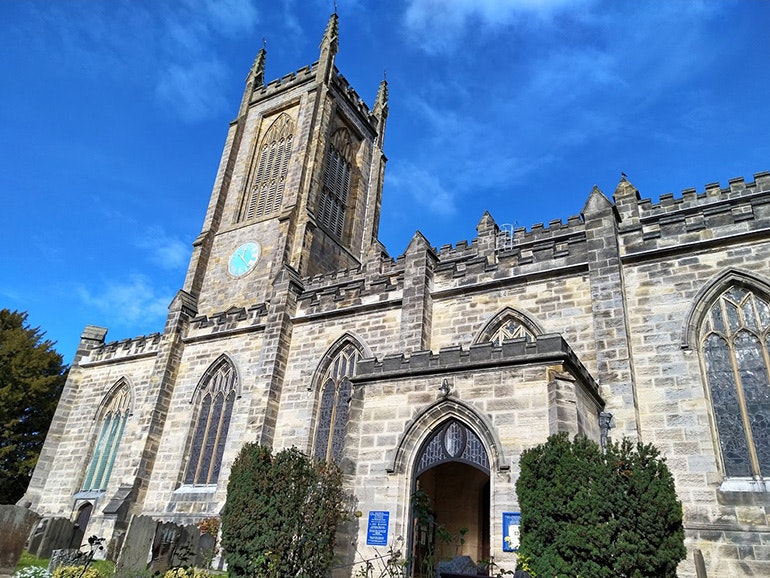 The selfie camera supports Live Bokeh, adding a soft background around the subject. This works well and gives your selfies an extra sense of sophistication.

The Nokia 7.1 runs Android One, a Google-designed Android skin that offers an extremely streamlined experience. There are no unnecessary third party apps and the interface is fast and responsive.

What’s more, you’re guaranteed frequent security updates and an early upgrade to the new Android 9 due to be released in the next few months.

Both the amount RAM (3GB) and processing power are lower than some of its competitors such as the Huawei Honor Play but don’t let benchmark scores put you off.

While it may struggle to run real-time strategy games like “Rise of Civilization” or “Guns of Glory”, you’ll find that it has no trouble running more casual and less graphically involved games such as “Badland Brawls” or “Tiny Miner”.

Battery life is acceptable and comparable to what you’d find on the similarly priced Moto G6 or Honor 10. The screen is the biggest energy draw so unless you spend hours playing games or watching videos, the Nokia 7.1 will comfortably take you to the end of the day with some charge to spare.

Fast charging is supported and it can be a lifesaver. When connected to the right adaptor (always best to use the one supplied) will give you 50% of charge in less than an hour.

The fingerprint unlocking is fast and incredibly accurate. In a few days of heavy usage, it never failed to unlock at first touch.

There are some software elements that could be improved, as there is an occasional lag when opening certain apps. But overall it’s a device that will provide a reliable companion if you know its limits.

There’s 32GB of onboard storage which is upgradable to 400GB thanks to the microSD card using the multipurpose second SIM slot. This is handy if you’re in the habit of storing a large amount of media but not practical for apps as expanded storage is generally slower than the onboard memory.

The Nokia 7.1 can be placed confidently among some of the best mid-range devices currently on the market. It offers outstanding build quality for the money, a clean interface and a surprisingly bright LCD screen.

Compromises are made in the right places and have little impact on everyday use if you’re looking for a no-frills, dependable smartphone.

Competition at this price point is fierce but priced at around £300, the Nokia 7.1 represents a better alternative to the Motorola G6 as it offers a more capable camera a bigger, brighter screen and a sleeker body.

The Nokia 7.1 is great value for money and what it may lack in performance, it more than makes up with its super-clean Android skin and outstanding build quality.

Want to get Nokia's latest handset? Here's where you can buy the Nokia 7.1.