Joe Svetlik - 26 October 2016
Comment
Share
Tweet
It's the smallest in the Z5 line-up and has arguably overshadowed by its bigger brothers the standard Z5 and top-of-the-range Z5 Premium. But can the Z5 Compact win over fans in its own right? 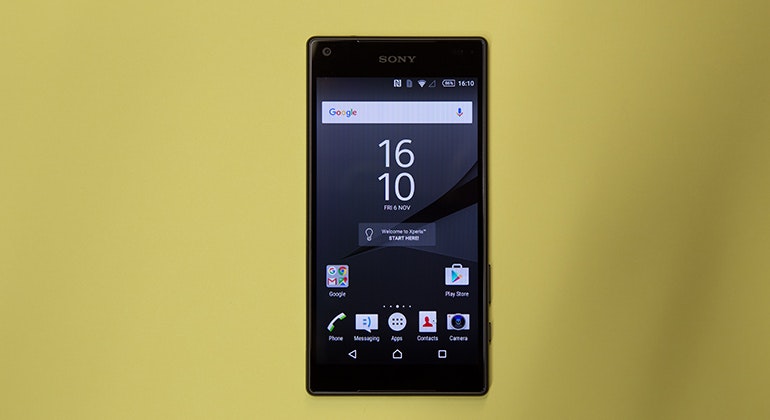 The Z5 Compact sticks with the same rectangular slab design as the standard Z5, but because it has less space to fit in all its components it's ballooned somewhat.

Whereas the standard Z5 is 7.3mm thick, the Compact is 8.9mm around the waist.

Compounded by the phone's smaller size, it means the phone looks a little too squat for our tastes. 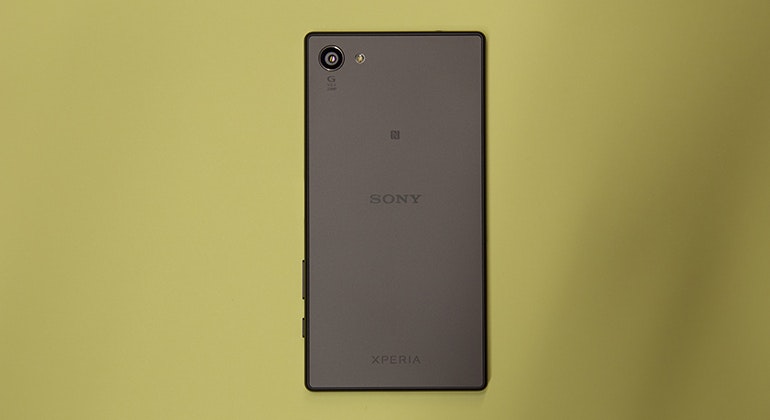 Annoyingly, Sony has stuck with the same awkward button layout as the Z5. That means the volume rocker and camera button are towards the bottom of the right-hand side of the handset, with the power button/fingerprint sensor directly above.

The upshot of that is that when you change the volume or press the camera button, you have to reach down. In turn that means you're not supporting the top of the phone, which can overbalance and slip out of your hand.

Because of the Z5 Compact's smaller size, it's not as much of a problem as on the standard Z5. But it still feels unnatural. 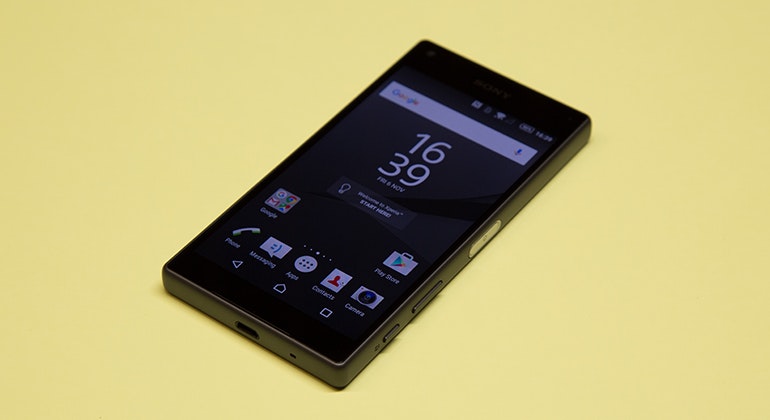 The 4.6 inch display is only a smidge smaller than the iPhone 6S's screen, so it's really not all that tiny.

The 1,280x720-pixel HD resolution makes everything look nice and sharp at this size, with impressive colours and good viewing angles.

Those of us used to using screens bigger than 5 inches will take a bit of readjustment, however – films and games don't have quite the same impact at this size.

So better check it out for yourself first if you're thinking of downsizing.

Sony makes some of the best cameras in phones. That was underscored by rumours that Samsung was interested in licensing Sony's tech to use in its own flagship Galaxy S7.

The Z5 Compact boasts the same 23-megapixel sensor as the Z5, complete with an LED flash.

And it does the job admirably. Like the Z5, it defaults to shooting 8-megapixel stills, as this means more accurate colours and a better dynamic range (the difference between the lightest and darkest shades).

But you can switch to 23-megapixel mode in the settings, if you want more detail or need to print your photos out at a huge size.

Also like the Z5, there's no optical image stabilisation, and you can only use Sony's own SteadyShot Intelligent Active Mode to keep the camera steady during video recording.

So you'll need a steady hand if shooting stills in low light.

You can also shoot video in 4K, though be warned, the handset does tend to overheat. 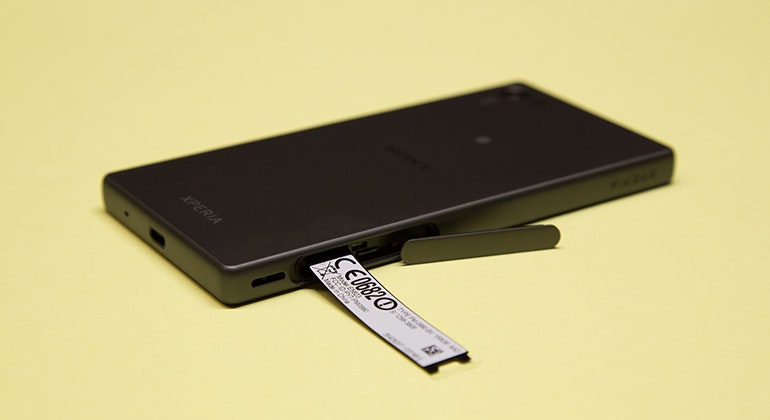 We had a few misgivings about the fingerprint sensor. It's the first we've seen that's on the side of the phone, but as on the full-size Xperia Z5, we're happy to report it works just fine.

To register your fingerprint, you touch your thumb against it over and over during the tutorial. Then unlocking the phone is a simple case of touching it with your thumb.

Recording in 4K does heat up the handset a little, but not as much as the standard Z5.

Both use the same Snapdragon 810 chip which is notorious for getting a bit hot under the collar, so the Z5 Compact's cooler runnings could be down to the smaller, lower-resolution screen.

Android Lollipop is lightly skinned, though it does have a bit more bloatware (mostly useless software that comes pre-loaded) than phones from Samsung and HTC. We would wager 90 per cent of people using this phone never use Sony's Lifelog app, or Xperia Lounge, TrackID or Sketch, for that matter.

But Android runs smoothly, as do the most processor-intensive games and apps. So no complaints there.

You also get a microSD card slot, which is a boon. With normal usage, the battery lasts a day and a half, or two at a push, which is more than most.

It also has a handy battery saving mode, and Qualcomm's Quick Charge 2.0 tech to juice you up in double-quick time.

That's not a bad price, but it's not amazing given how much smartphone you get for £150 or so with Motorola's Moto G. 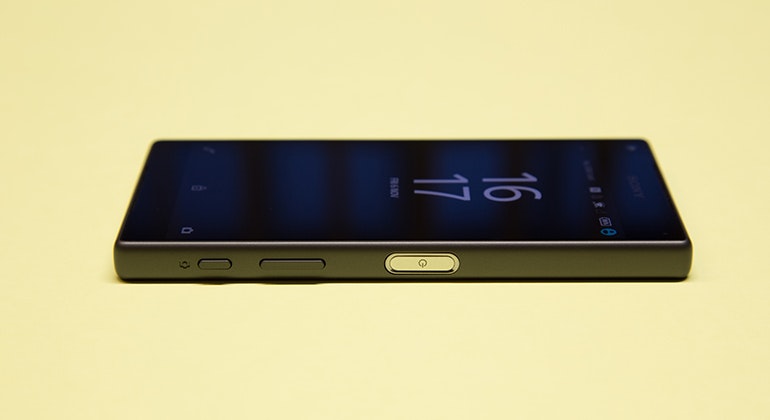 There's nothing much wrong with the Xperia Z5 Compact, but you can get a bigger phone like the Moto G or OnePlus 2 for much cheaper.

The Xperia Z5 Compact is only worth a look if you're hankering for a smaller phone.