Nick Baker - 05 August 2021 Last updated: 23 August 2021
Comment
Share
Tweet
We pitted the Vivo X60 Pro camera against the iPhone 12 and we were shocked by the results.

While the iPhone is still the most popular handset in the UK, does it still have the best camera set up on the market? A comparative newcomer to the market is Chinese brand Vivo, which, as brand sponsors of Euro 2020, has recently been thrust into the spotlight. Vivo’s X60 Pro is similarly priced to the iPhone 12 at around £700-£800.

We put the Vivo X60 Pro against Apple's newest iPhone and we were shocked by the results.

Featuring a quad-camera setup that includes two telephoto lenses and an ultra-wide lens in addition to its primary camera, Vivo has partnered with Zeiss to produce its top-quality lenses. This is a name you probably recognise from Sony smartphones and cameras.

The Vivo X60 Pro’s main camera is a powerhouse of a camera, featuring a 48MP Sony IMX598 half-inch sensor. It offers an impressive f/1.5 aperture which allows you in lots of light when taking photos at night and creates a shallow depth of field. This is great for portraits and adding a blurred background.

Most of the time, the main camera captures images at 12MP, producing crisp images that can be cropped up to five or six times without any noticeable pixel crumbling on-screen. To make full use of the 48MP available, you’ll need to tap on the More option when in camera mode.

The main camera tends to capture images that are a little more true to their accurate colours, even in photos with difficult contrast levels. And it can make them seem a bit flat in comparison to photos taken on the iPhone 12. 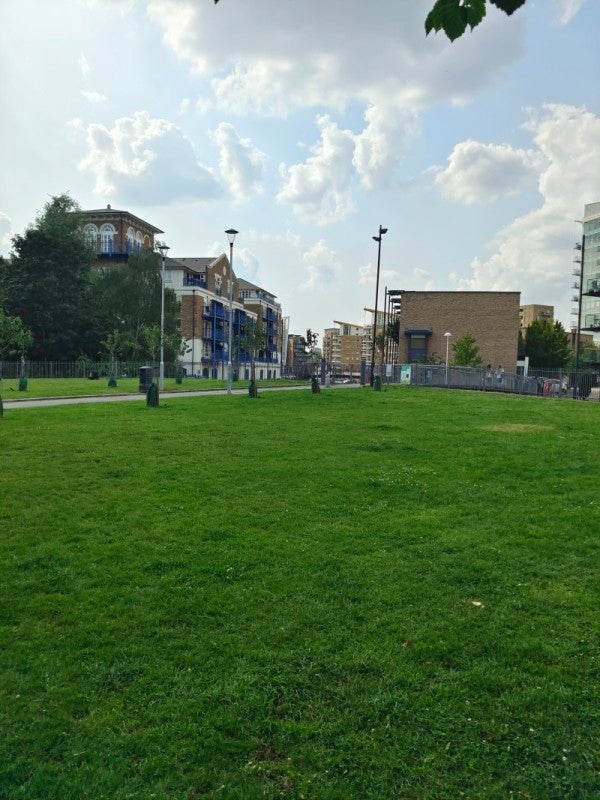 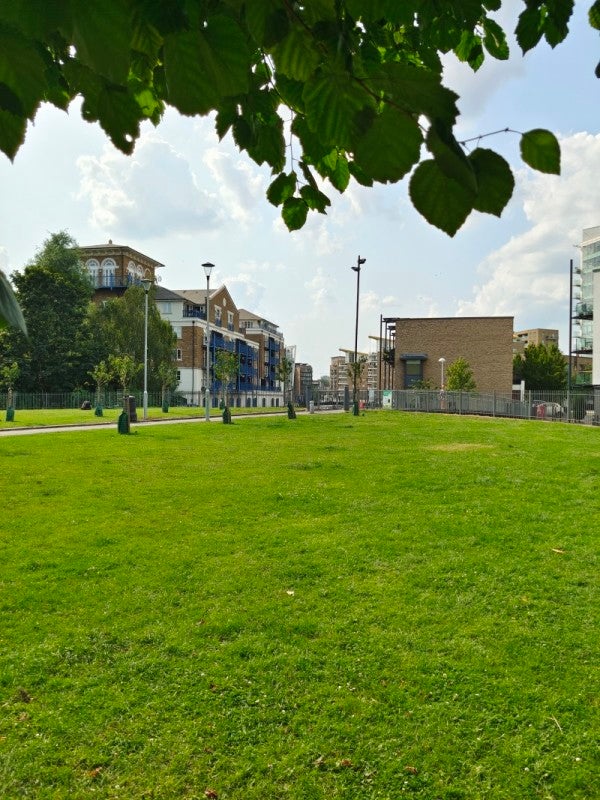 The iPhone captured the blue of the sky with more vibrance, but that left the rest of the picture feeling less accurate and a little over-processed in comparison to the Vivo’s more realistic image. 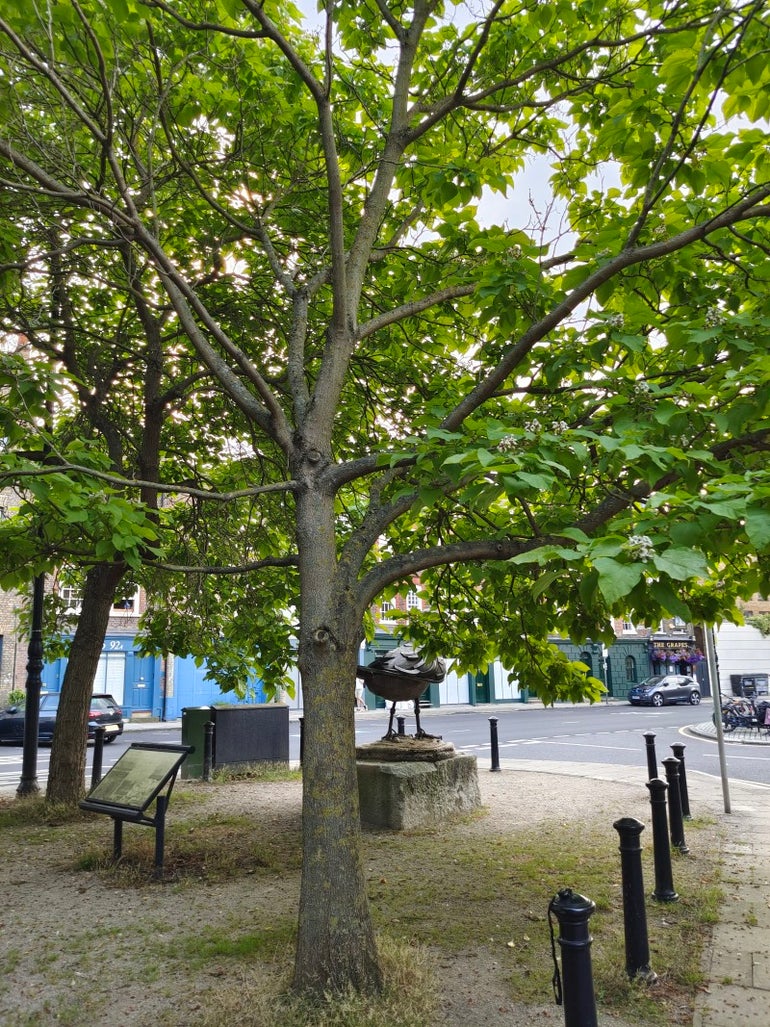 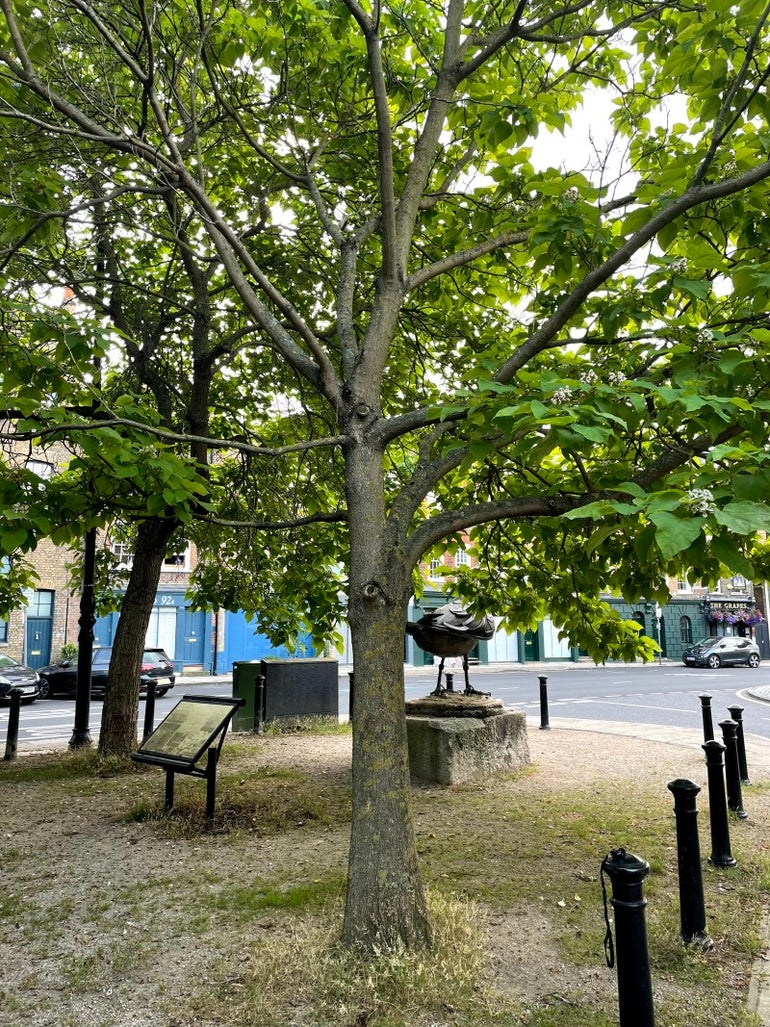 The Vivo X60 Pro is also more suited to those users who are keen to edit their photos before posting.

The Vivo X60 Pro features a 13MP telephoto camera with 2x optical zoom, compared to the iPhone 12 which only has digital zoom. Though it’s a far cry from the optical zoom we’ve seen in top-end smartphones like the Samsung Galaxy S21 Ultra which has 10x optical zoom, many flagship phones are foregoing any kind of telephoto lens – including the iPhone 12. Many instead rely on digital zoom technology to enhance images after they’ve been taken, focusing their efforts on wide-angle cameras that capture more of a scene and are better for taking selfies.

Having 2x optical zoom in the Vivo X60 Pro makes a big difference when trying to snap shots from a distance and still retain all the quality and detail. Whether that’s wildlife or singers on stage, the option of optical zoom greatly increases the quality of your photos.

Both the iPhone 12 and the Vivo X60 Pro boast 120 degree fields of view with their ultra wide lenses. The Vivo ultra wide has an f/2.2 aperture which is a little wider than the iPhone’s f/2.4, meaning you can get a little more light in when taking wide angle photos and capture clearer images in lower light on the Vivo than the iPhone. The Vivo also has a 13MP sensor compared to the iPhone’s 12MP which allows for more information to be recorded with every snap, resulting in crisper images and brighter colours.

Both ultra wide lenses are great. And while you get a little more detail with the Vivo, we found that some of the images looked a little warped compared to the iPhone 12.

Again, the Vivo X60 Pro outshines the iPhone 12, as its front-facing camera has a substantial 32MP resolution compared to the iPhone’s 12MP. This lets you capture plenty of detail and vibrant colours when snapping a selfie.

Selfies on the Vivo look bright and vibrant, and the higher resolution means you can crop in to re-frame a photo without worry. On screen, the Vivo looks like the clear winner, as the iPhone looks quite dull in comparison. However, when looking at the images side-by-side, the brighter images can seem a bit washed out. 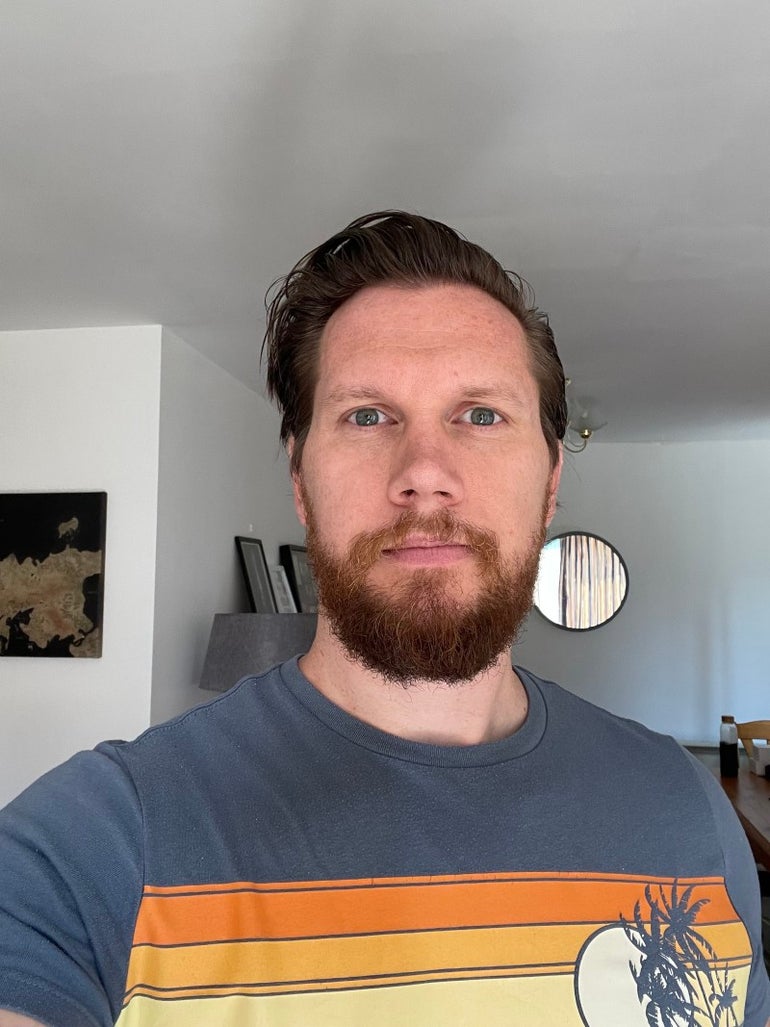 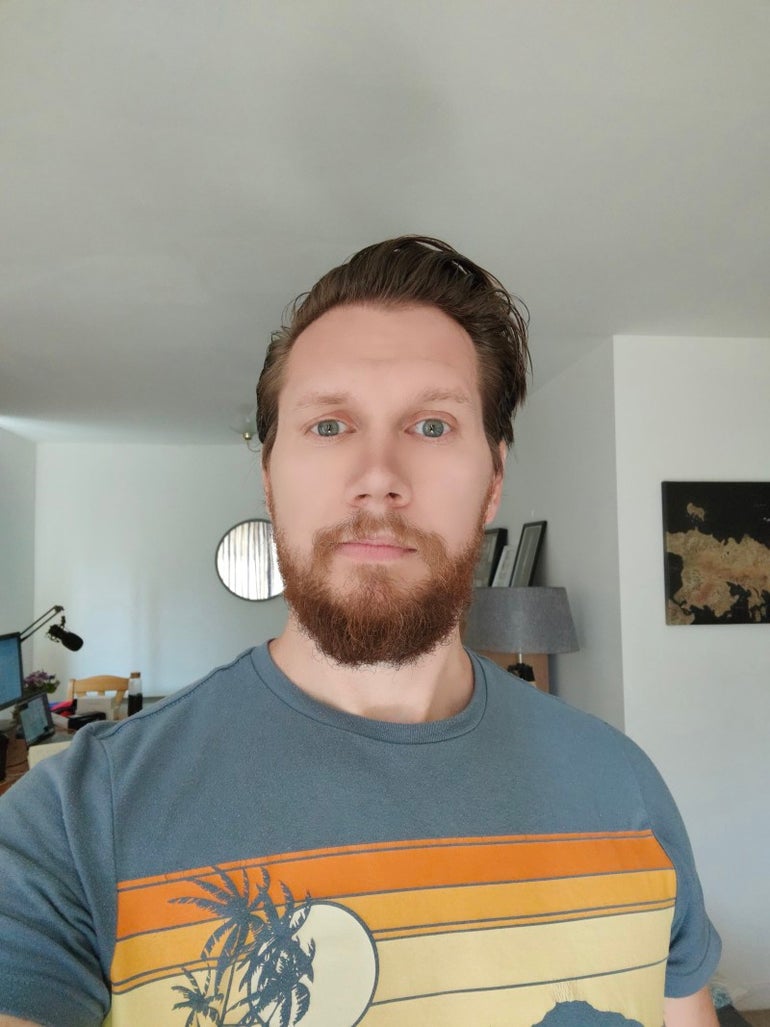 Then there’s the beauty filter, which is automatically enabled whenever you switch over to Portrait mode on the Vivo X60 Pro. It’s typically quite subtle unless you choose to ramp it up for a smoother, less-realistic effect.

Depending on your preference, the beauty mode can seem a bit much and there is the option to disable it. However, it can also use it in other apps, allowing you to look your best on video calls and apps like Whatsapp.

The beauty mode also has a lot of extras which feel a bit out of place, such as the Pose tab, which offers up suggestions for poses modelled below your screen. It then creates a dotted outline for you to follow should you wish to try one out yourself. There are a mix of male and female poses but we’re not sure we’d get much use out of this.

Of these, the most important ones to look at in more detail are Portrait mode, Night mode and Video mode, with Photo being the default mode the camera app opens with.

Many of the additional shooting modes will be familiar to Android users, with an on-screen menu popping up when you tap the More tab.

In addition to the beauty mode, the Vivo X60 Pro’s portrait mode adds a digitally generated bokeh effect, as does the iPhone 12. With the Vivo, in Portrait mode you’ll see a Bokeh option at the bottom right-hand side of your screen. This allows you to add some artificial blur to replicate that classic selfie photo. Unfortunately, the accuracy of the added blur isn’t always perfect, leaving a halo of sharpness around you that looks inauthentic. 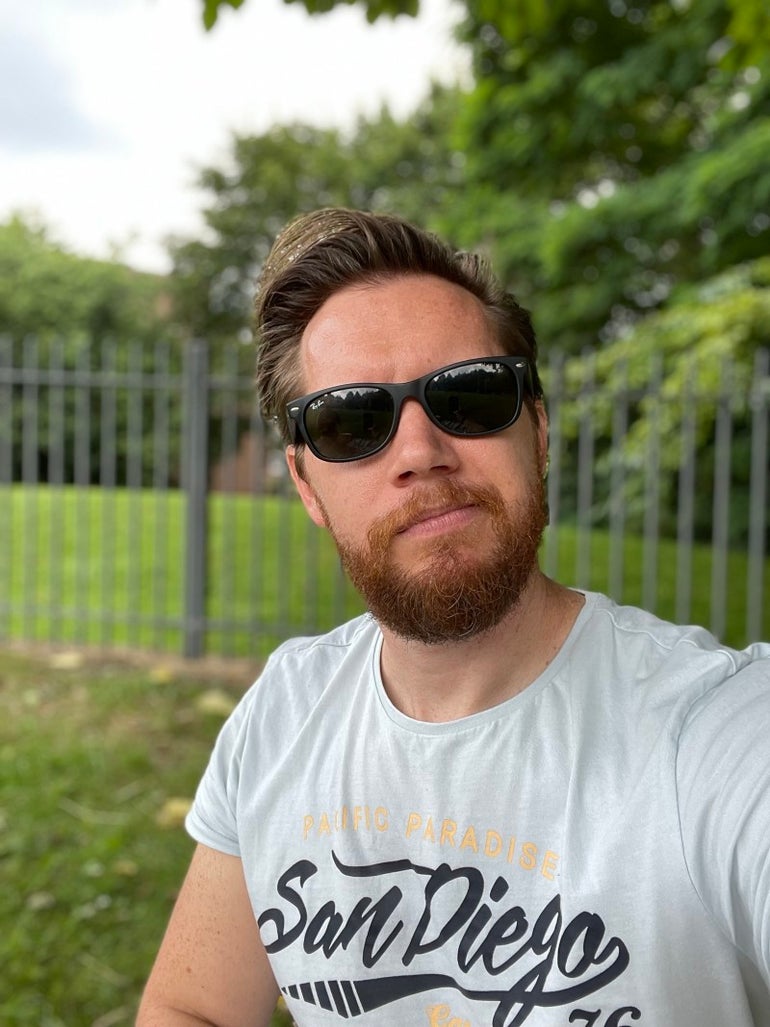 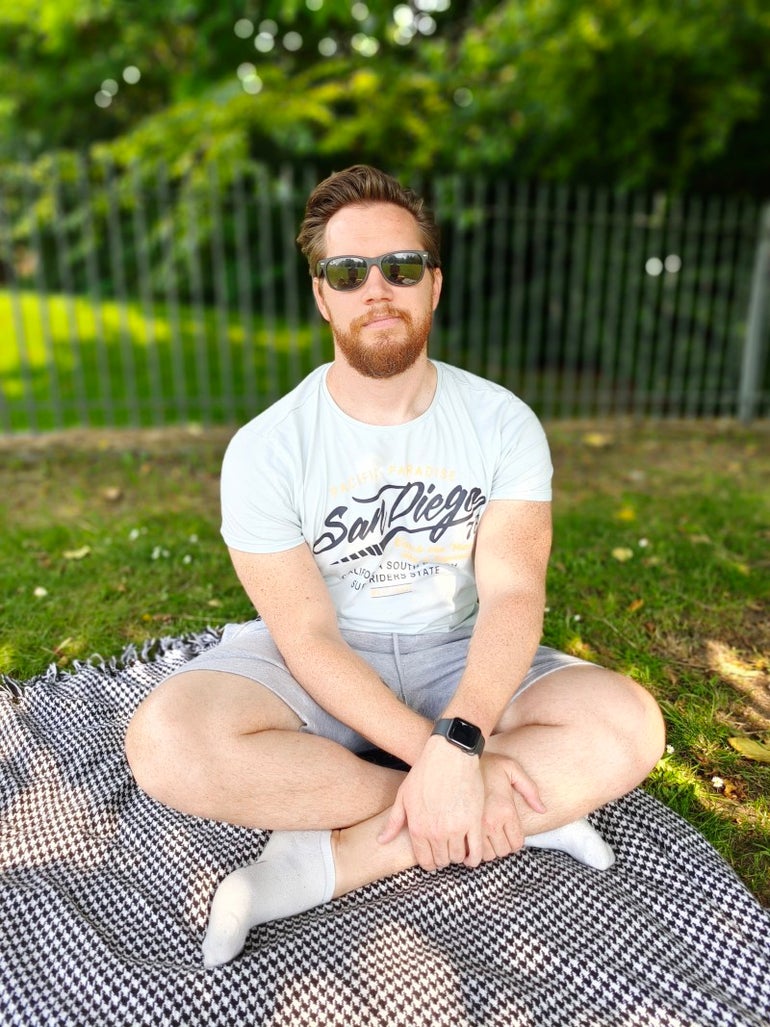 This isn’t something the iPhone struggles with, as the digital bokeh effect on the iPhone 12 felt fairly natural and accurate.

Both smartphones have a Night mode for when shooting in low light. They work by lowering the shutter speed for longer exposures that allow more light in and more detail to be captured. This means you can take photos at night without ever needing to switch on your flash, which produces a harsh white light.

Both phones do a good job of capturing as much light as possible. But the level of natural-seeming brightness in the photos from the Vivo made it look like it was actually still daylight in the images. 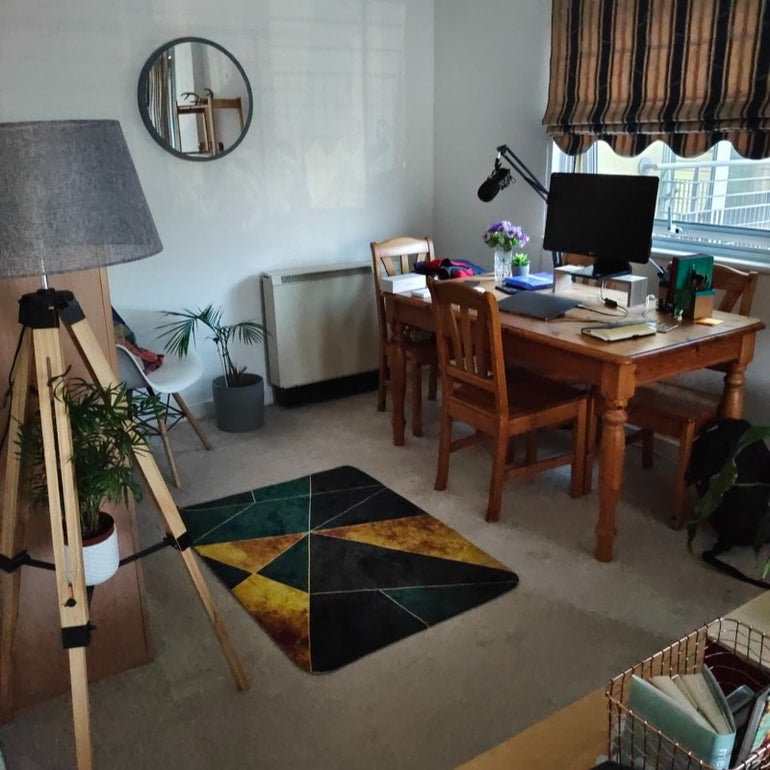 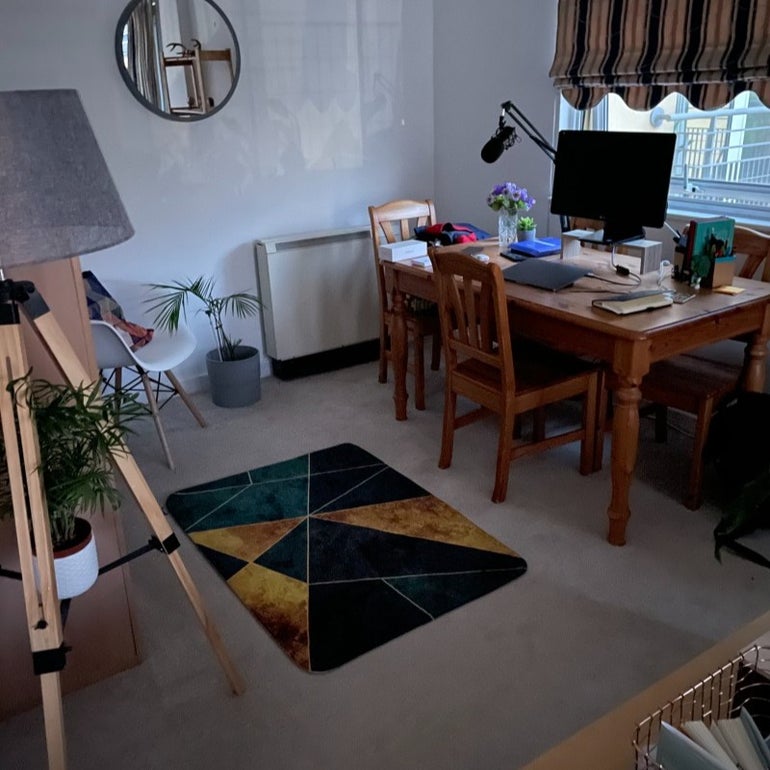 Though not quite as effective as an actual gimbal, we were seriously impressed at how stable the footage remained on screen while walking or awkwardly jogging. Both phones apply stabilisation to recorded footage, but the difference while recording is really impressive.

The Vivo X60 Pro records smooth, clear footage at both 4K 30fps and 1080p 60fps, even in dimly lit scenes. The image stabilisation deactivates when you ramp it up to 4K 60fps, but there’s still some stabilisation in effect.

The difference between the two phones genuinely surprised us. As iPhone users, we felt confident that the latest flagship handset would blow any competition out of the water. However, placing the two screens side-by-side was literally eye-opening. The clarity and depth of colour you get from the Vivo X60 Pro compared to the iPhone 12 is really impressive, and the image stabilisation feature makes filming smooth 4K video a breeze.

The main area where the iPhone pulled ahead was its Portrait modes for the both front-facing and rear-facing cameras. The beauty filters and the imperfect bokeh effect made us prefer selfies on the iPhone.

Vivo is absolutely a brand to watch. And if you’re looking for a new Android device with a great camera at a great price, definitely check out the latest Vivo X60 Pro deals.