The YHE BP Doctor Pro is not your average smartwatch. Rather than offering workout-boosting tracking tech and the ability to send emoji from your wrist, this smartwatch is all about health. It can estimate whether you’re at risk of having a heart attack, analyse potential sleep conditions and alert you when it’s time to visit your doctor for a blood pressure check-up. 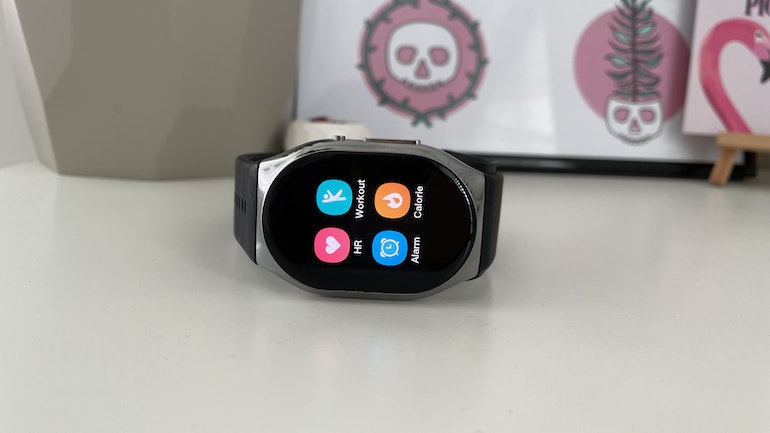 The YHE BP Doctor Pro is an unusual-looking wearable. While most modern-day smartwatches opt for a circular or square display like you’d find on a typical wristwatch, the BP Doctor Pro sports an oval-shaped 1.41-inch AMOLED screen. This display features a 320x360 pixel resolution that’s sharp, clear and easy to view in bright sunlight. The medical grade-stainless steel case surrounding it feels solid and well-made.

The 30mm-wide strap is made from silicon, and we found this was comfortable on the wrist for hours on end. However, there’s no denying that the YHE BP Doctor Pro is larger and heavier than your average wearable. Those with small wrists might find the smartwatch - which measures in at 54 x 38 x 12.9mm - a little bulky, and its 83g weight felt burdensome at times. 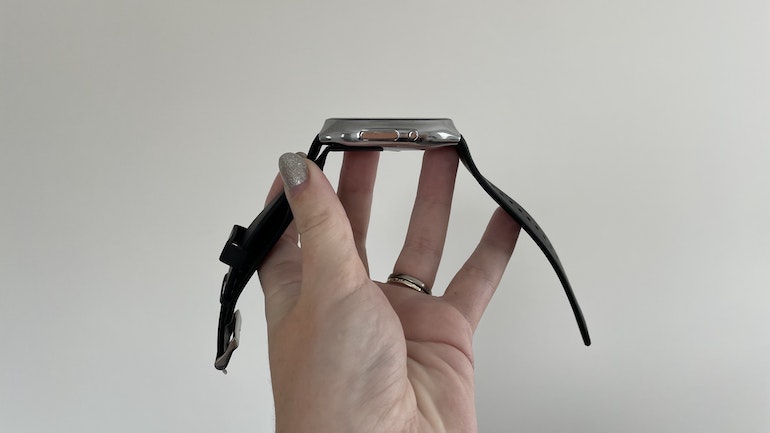 However, this size is due to the BP Doctor Pro’s impressive features. Inside the stainless steel case you’ll find a PPG heart rate sensor, a triaxial accelerometer, a gyroscope and on the inside of the wrist strap sits the inflatable cuff that is used to measure your blood pressure. This doesn’t sit too awkwardly against the wrist, though we did find it somewhat flimsy and we’d be surprised if it lasted for years on end.

In the box you’ll find a small charging dock and a micro USB cable, which felt somewhat dated as well as fiddly to connect to the back of the wearable. 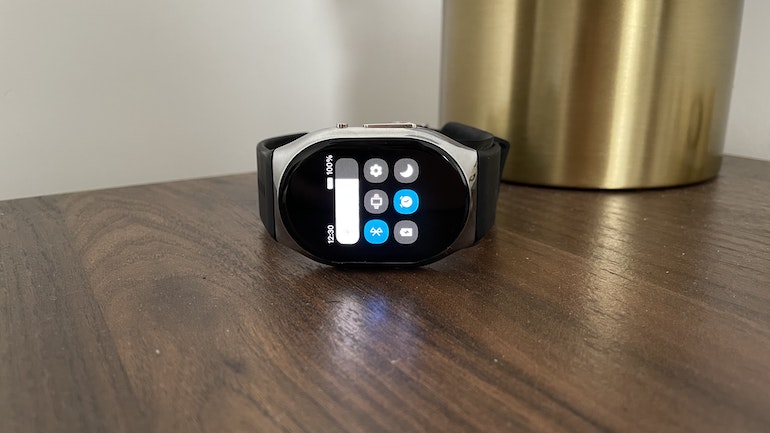 Of course, the YHE BP Doctor Pro’s biggest selling point is its unique blood pressure monitoring tech. This takes the form of a miniature pump and air valve that inflates to monitor your blood pressure. It tightens around your wrist for one minute before deflating and instantly displaying your blood pressure reading and heart rate on its display. If your blood pressure is normal, you’ll see a green circle, and if it’s either too low or too high, this will be red.

This worked well during our time with the BP Doctor Pro - the built-in air valve felt novel and innovative. It’s impressive to see such functionality built into such a small, wrist-worn device.

However, we’re not entirely convinced by the accuracy of the measurements provided. While ours were consistently in the safe zone, blood pressure measurements are typically taken from the upper arm, rather than the wrist where arteries are narrower and tend to lead to higher and less accurate figures.

Like many other smartwatches on the market right now, the YHE BP Doctor Pro also measures blood oxygen level (SpO2) and heart rate variability (HRV), which picks up the variation in heartbeats and can be a sign of heart disease, hypertension and heart failure. Sleep tracking is also included, although this is far less advanced than you’d find on the latest Apple Watch - it simply tells you how long you’ve slept, rather than provide any additional insight.

While it doesn’t have all of the bells and whistles as the Apple Watch, the YHE BP Doctor Pro does offer much of the functionality found on other wearables. You can check the weather, track your calories, and you can receive push notifications from WhatsApp and Twitter. But you will need to link your accounts via the BP Doctor app.

There are some features it’s notably missing, however. The YHE BP Doctor Pro isn’t waterproof, which means it’s unlikely to survive in the shower, nor does it feature GPS, a feature found on almost every other smartwatch on the market today. Its exercise tracking features are also lacking variety, with activities currently limited to just walking and running. 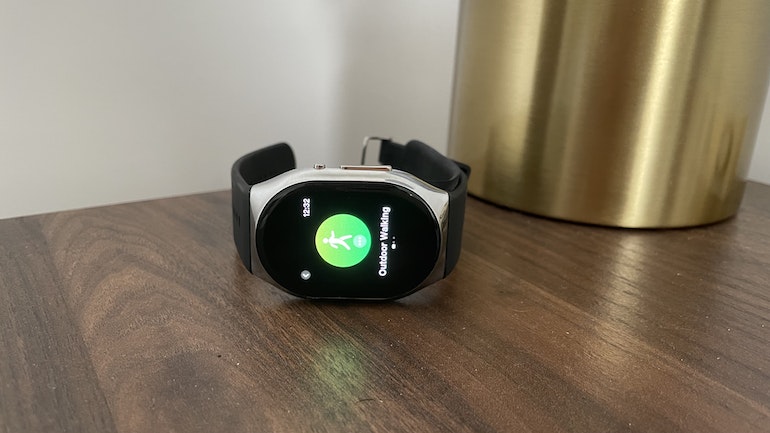 The YHE BP Doctor is powered by a 208MHz MediaTek processor, which means performance somewhat lags compared to the Apple Watch and the majority of Android Wear smartwatches on the market. While, for the most part, navigation was smooth and we didn’t notice any major glitches, its somewhat lacklustre speed is noticeable when trying to switch between apps or quickly catch up on notifications.

Performance is also somewhat middling when it comes to the ‘BP Doctor’ companion app. This app is undeniably functional - it stores and collates all of your blood pressure readings for spotting any worrying trends, and it displays your most recent heart rate and blood oxygen saturation readings. But we found that data can take a while to sync between the smartwatch and the app. We also ran into a few issues when we first downloaded and set up the app, though once we eventually got the smartwatch linked, we found it easy enough to use.

Unfortunately, we were also less-than-impressed by the YHE BP Doctor Pro’s battery life. YHE claims the wearable will last around seven days, but we’re not convinced. The smartwatch quickly drained from half-full to empty, and we also found it quite slow to re-juice back to full. This is likely due to the clunky proprietary charger that comes included in the box. While most modern wearables ship with wireless charges, the BP Doctor Pro requires a fiddly charging dock alongside a legacy microUSB connection.

The YHE BP Doctor Pro, unsurprisingly, isn’t cheap. It retails for £315, which means it’s almost as expensive as some of the higher-end smartwatches available today - including the Apple Watch 6. However, at the time of writing, YHE is offering an exclusive £100 off discount code that will allow you to bag the wearable for £215 - simply enter YHEWELCOME at the checkout. 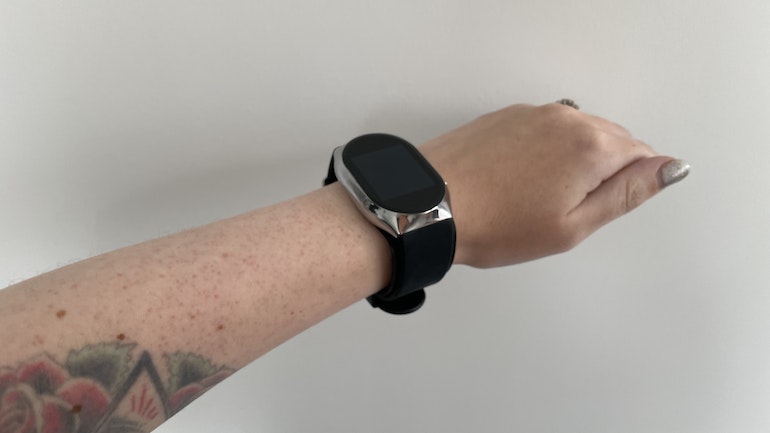 For those after a do-it-all, high-performing smartwatch, YHE’s BP Doctor Pro is unlikely to tick all of the boxes given its lacklustre processor, poor battery life, and lack of key features such as GPS, wireless charging and built-in waterproofing.

However, that’s not YHE’s target audience. Rather, the BP Doctor Pro is aimed at those who want to keep a better eye on their blood pressure without the need for a dedicated at-home upper-arm oscillometric device that can be fiddly and uncomfortable to use. While we can’t speak on the accuracy of the measurements, the BP Doctor Pro’s unique inflatable cuff design makes measuring your blood pressure much easier.

That’s not the only thing we like about the YHE BP Doctor Pro, either. While its unusual design won’t appeal to everyone, we found the smartwatch solid and well-made, and we were impressed by the brightness and visibility of its AMOLED display.

The YHE BP Doctor Pro won’t be for everyone, but if you’re looking for a smartwatch that will help you to keep a better eye on your health, it’s certainly an interesting proposition.

Which one should you buy?

We test out Apple’s new iPhones.

We pit Apple's new smartphones against each other to see which comes out on top.