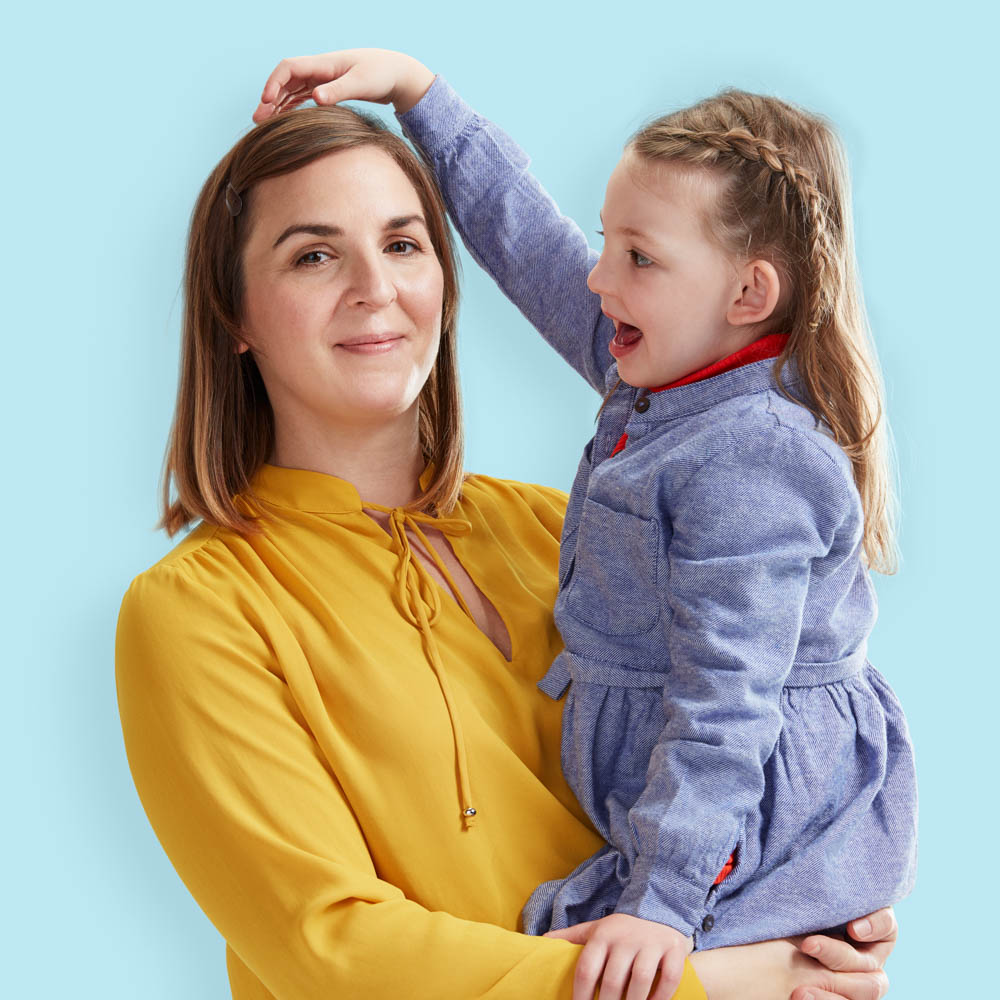 Start your energy comparison to lock in a cheaper deal

Accredited by Ofgem
And free to use

How to compare energy with Uswitch

Why compare energy with Uswitch?

How to run an energy comparison with Uswitch

Uswitch can help you find the best energy prices in your area — just follow these simple steps to compare gas and electricity:

Uswitch is a free, independent price comparison service that can help you compare energy prices and switch your gas and electricity supplier to save on your household bills.

We’re the most popular energy comparison site in the UK, but don’t take our word for it. We’ve helped more than five million people compare energy deals and save on their energy bills. Since 2006, Uswitch has been fully accredited by the Ofgem Confidence Code.

Find out more about Uswitch and how it works.

Why should I compare energy prices and switch?

If you haven’t switched your energy tariff recently, it’s unlikely you’re on the best deal available. With Uswitch you could save up to £479 on your energy bills simply by switching.

There’s no one cheap energy supplier for everybody, so it’s important to run an energy comparison based on your details. That way we can help you find the best energy deals in your area and for your needs.

How can I get a cheap gas and electricity deal?

To find the cheapest gas and electricity deals you’ll need to shop around once your fixed plan has ended. After your plan’s end date you’ll likely be rolled onto a standard tariff, which is the most expensive type of plan.

If you’ve never switched or haven’t done so for a while, it’s likely you can find a cheaper energy deal in minutes with Uswitch. Simply enter a few details and search for a cheap energy deal.

You might not even need to switch away from your supplier to find a cheap energy tariff. Check to see if your current supplier has a cheap gas and electricity deal on offer — the cheapest energy supplier for you could be the one you’re already with.

Which is the cheapest energy supplier?

Energy suppliers vary their pricing by region and your bill will also depend on your usage. Different energy suppliers also target different types of household, so some might offer a cheaper deal to a family home with high usage, while someone living alone with low usage might find a cheaper energy deal with a different supplier.

We only work with trusted energy suppliers and run a yearly customer satisfaction report so you can see how each supplier performs in a wide range of categories from customer service to value for money, green services to smart meter installation.

Can I compare gas prices or compare electricity prices separately?

Yes, while you can compare dual fuel prices with Uswitch you can also choose to compare gas prices or compare electricity prices separately, depending on your needs.

Not all households use both types of energy and many energy suppliers offer tariffs for just one type of fuel. You can also compare gas and electricity separately if you wish to choose different suppliers for each instead of using a dual fuel tariff.

In Great Britain, around 4 million households do not use mains gas for heating. Just over half of all non-gas households use electricity as their primary heating source (Ofgem).

If you use both gas and electricity but want to compare tariffs from different suppliers, you can choose to see these separately by choosing 'show me electricity plans' on your results page.

There are a number of gas-only suppliers and many standard energy suppliers also offer separate gas-only tariffs.

If you'd like to compare gas tariffs with Uswitch, simply run an energy comparison and select 'show me gas only plans' on your results page. You'll be able to easily compare gas-only plans and dual-fuel tariffs to see which is the best energy deal for you.

How do I use Uswitch to switch energy?

There are four easy ways to compare energy deals with Uswitch — and all of them are completely free:

What information do I need to provide to compare energy prices?

For us to run an energy comparison, we’ll need your postcode and address details as well as a recent energy bill. If you don’t have a bill you can just tell us how much you pay for your gas and electricity. If you don’t know how much you pay we can estimate your usage based on a few extra details. To complete your switch you’ll need to provide contact and payment details so your new supplier can take over your energy account.

What happens once I’ve switched energy?

Uswitch is a free service that handles the switching process for you. Once you’ve completed your energy switch, your new energy supplier will contact your old supplier and agree a switching date. You will then receive a welcome pack and letter from your new gas and electricity supplier. This will outline what you’ve agreed to, and tell you what happens next. There won’t be any interruption in your energy supply.

How long does it take to switch energy supplier?

It only takes a few minutes to run an energy comparison with Uswitch. Once you’ve confirmed your switch with us, there’s a 14-day cooling-off period in which you can cancel your switch if you change your mind. The whole energy switching process should be complete in 17 days.

Why are my energy bills so high?

Your gas and electricity bills are largely dependent on usage, but there are other reasons your bills might have gone up recently:

Can I switch my energy plan if I have a prepayment meter?

Can I switch energy if I’m renting?

Yes, you can switch to a better energy deal if you’re a tenant. The only exception is if your landlord pays the energy bills or if energy charges are included in your rent. If your name is on your energy bill you have the right to switch energy supplier and save on your bills.

What’s the difference between a fixed rate contract and a variable rate tariff?

How do I know the best energy supplier for me?

The best gas and electricity supplier for you won’t necessarily be the cheapest. You can use Uswitch to filter by what’s important to you, whether that’s a large supplier or one that offers green energy plans.

We also know customer service is important, so we’ve assigned each supplier star ratings based on our energy customer satisfaction report to help you compare energy suppliers, from the well-known ‘big six’ to the smaller suppliers you might not be so familiar with.

Can I switch to the same energy supplier?

If you don’t want to switch away from your supplier, you still might be able to find a better deal with Uswitch. If you haven’t switched your energy deal before it’s likely that you’re on your provider’s standard variable or default tariff, which is typically the most expensive type of plan on offer. You can use Uswitch to switch to a better energy deal from your current provider if you’re happy with the service but want to save on your energy bills.

There are more gas and electricity suppliers on the market than ever before. It can feel overwhelming trying to choose the right energy deal for you but Uswitch makes it simple.

We provide customer ratings for more than 30 suppliers. These ratings are based on responses from more than 16,000 energy customers in 2019 as part of Uswitch’s independent YouGov survey.

E.ON is another big six energy supplier. Along with gas and electricity, the supplier offers boiler cover and insulation.

EDF Energy is one of the UK's largest generators and suppliers of electricity, which they source from a variety of methods, including wind. EDF Energy is also one of the big six energy suppliers.

npower supplies gas and electricity to around 3.1 million customers, npower generates around 10% of the electricity in the UK. As a big six supplier, they also offer boiler cover and boiler replacement services.

Bristol Energy aims to put social conscience at the heart of everything it does by reinvesting profits into fighting fuel poverty and renewables.

ENGIE broke into the domestic UK energy market in 2017, though with a global customer base of 16 million households already under its belt. Based in France, ENGIE is the second-largest gas transporter in the EU.

Shell Energy is the new name of the energy supplier formerly known as First Utility. The rebranding of First Utility came in early 2019 following Shell’s acquisition of the supplier in 2018.

Flow is a national supplier of gas and electricity based in Suffolk. It offers 100% renewable electricity plans.

Good Energy is a green energy supplier, sourcing its electricity from renewables like sun, wind and water.

Lumo Energy is the app-only energy supplier that aims to offer every household they supply with a smart meter within six months.

Green Network Energy was established in 2003 in Italy, and has arrived in the UK to bring "an Italian touch" to the British energy market by treating its customers like family.

Green Star Energy is a gas and electricity supplier offering a green option for those looking to do their part for the environment, as well as conservation tips.

iSupply is a gas and electricity supplier based in Bournemouth and backed by Vattenfall, one of Europe's largest energy retailers.

Octopus Energy is the energy supplier focussed on long-term renewable energy for the UK. Entering the market in just 2016, the supplier earned Supplier of the Year in Uswitch's 2018 and 2020 independent customer survey.

OVO Energy is one of the UK's largest independent energy suppliers, offering plans that are 33% renewable electricity as standard.

Uswitch 2020 customer ratings are based on an independent YouGov survey that was conducted between 25 October and 15 November 2019. A total of 16,986 UK energy customers were asked to rate their energy supplier on overall satisfaction, transfer process, value for money, customer service and how likely they were to recommend. We equally weighted those five scores across suppliers with at least 50 responses to create an average supplier rating for each.

* This supplier had fewer than 50 responses in our independent YouGov survey, which is not enough data with which to provide a customer service rating.

If you’ve never switched energy before, don’t worry — it’s easier than you think to compare energy prices to ensure you’re on the best energy deal for you. If you need help, our guides should answer your switching questions:

Fixed price gas and electricity tariffs offer you the reassurance that the cost of your energy will not go up, but how do they work?

Find out what to do when your energy tariff ends

When your tariff end date comes around it's important that you take action or you could end up out of pocket.

Keep up to date with the latest gas and electricity prices rises and price cuts with Uswitch.

Who supplies my electricity and gas?

Whether you're moving to a new property or you've been in your home for a while, you may be wondering who your supplier is.

Online plans are almost always the cheapest - often coming in at around £300 a year cheaper than standard plans.

Quickly compare your energy and save up to £479*