Looking back 150 years, everything in our homes was powered manually. Households relied on human power to work their pedal-powered washing machine, sewing machine or bicycle. These days we use electricity to power almost everything. But with so many of us hitting the gym on a regular basis, what if we could make use of the energy generated by our workouts?

Research found that the average gym goer in the UK exercises 4.8 times a week, for an average of 35 minutes per session. By working out their average weight, time and distance per exercise, we’ve calculated their ‘human power’ - how much household energy could be generated by the country’s dedicated gym goers.

It’s January, meaning many of us will be hitting the gym as part of our New Year’s resolutions to get fitter and healthier. So could this surge in workouts generate extra energy to power our homes?

If we were able to harness the extra human power generated in gyms in January alone, we could generate enough energy to power Ipswich, Exeter and Windsor for a day.

Looking beyond January, the UK’s gym goers generate the equivalent of 41.62GWH per year with their workouts. Sadly that’s no match for our growing wind power generation, at 1,367 GWH per year (that’s about 17% of the UK’s power needs). 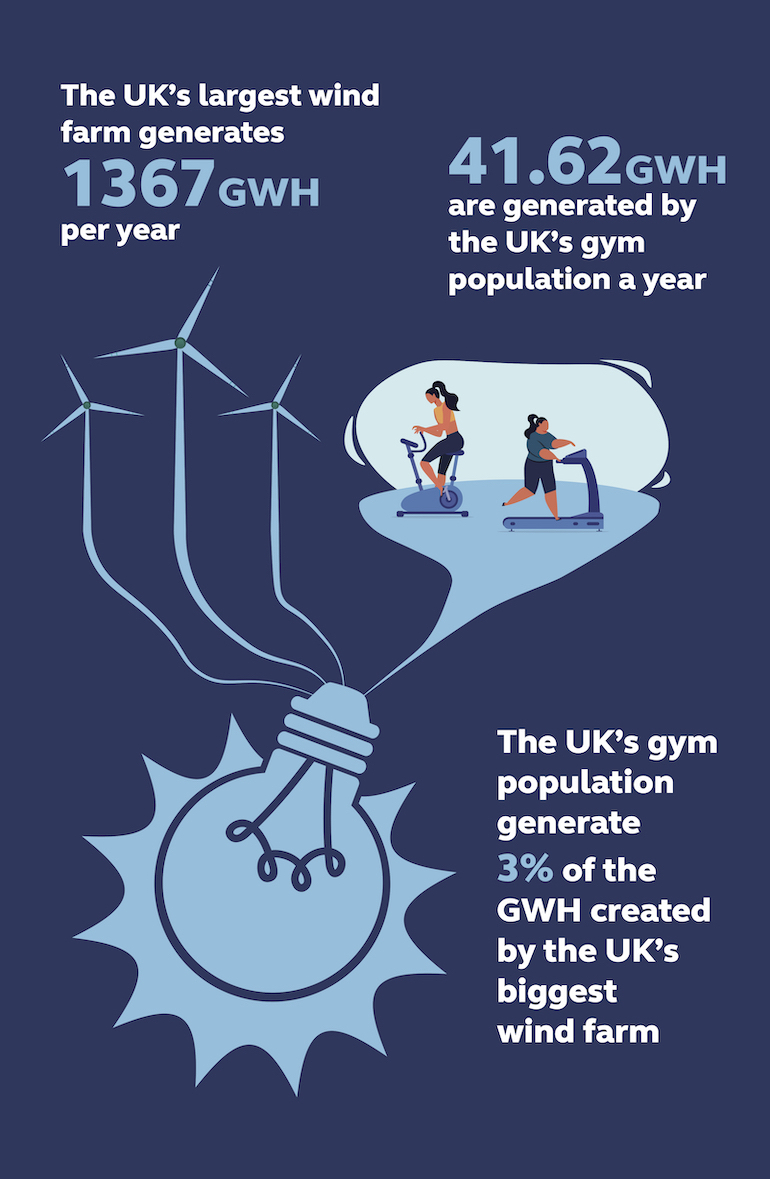 Pumping iron to power the UK

If we relied on human power alone, the energy generated in gyms over a month could only power Scotland for around 12 minutes. Greater London’s electricity would last for 14 minutes while Wales would get 21 minutes. Northern Ireland would enjoy a whole 55 minutes of power in a month. 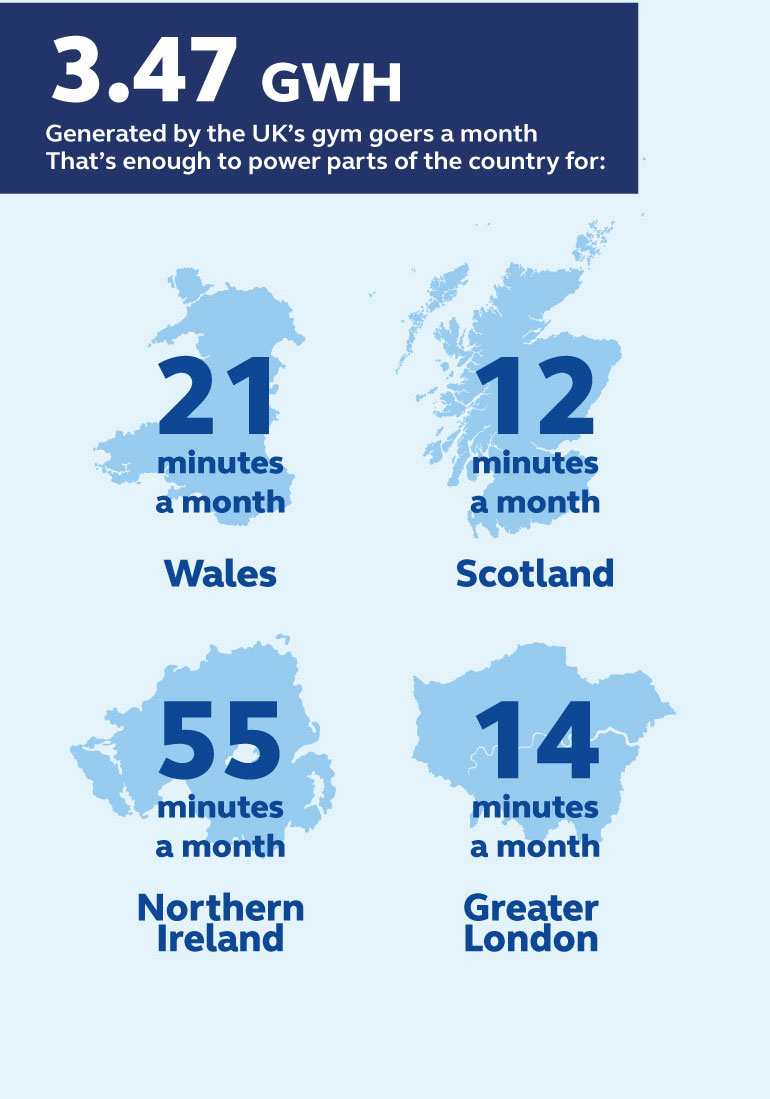 So maybe it’s a bit ambitious to power the whole of the UK with gym energy, but what about some of the smaller regions of the country? The Isles of Scilly could be powered for 30 days by the amount of energy used in the gym across the UK in the same time period! 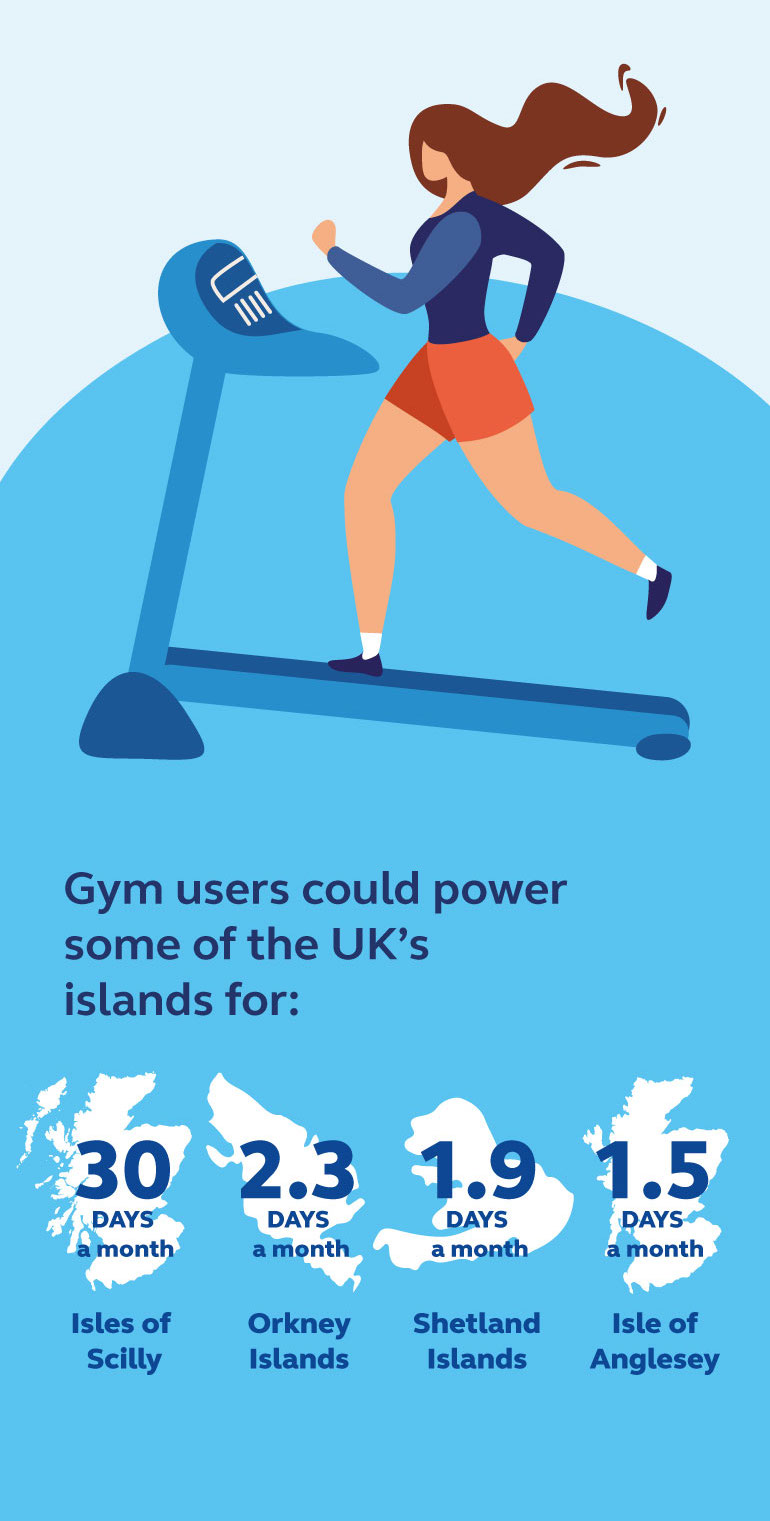 We may not be working out enough to provide all of the power needed to keep the UK running, but what if we break it down into smaller tasks?

As a nation of tea-lovers, we often think nothing of popping the kettle on for a quick cuppa. But if our homes were run on gym power, it might take a little more effort - especially with our apparently unquenchable thirst.

Gym goers in the UK generate enough energy during their workouts to make 208 million cups of tea per month - but that’s not quite enough. Tea drinkers in Cardiff alone brew 198 million cups per day! 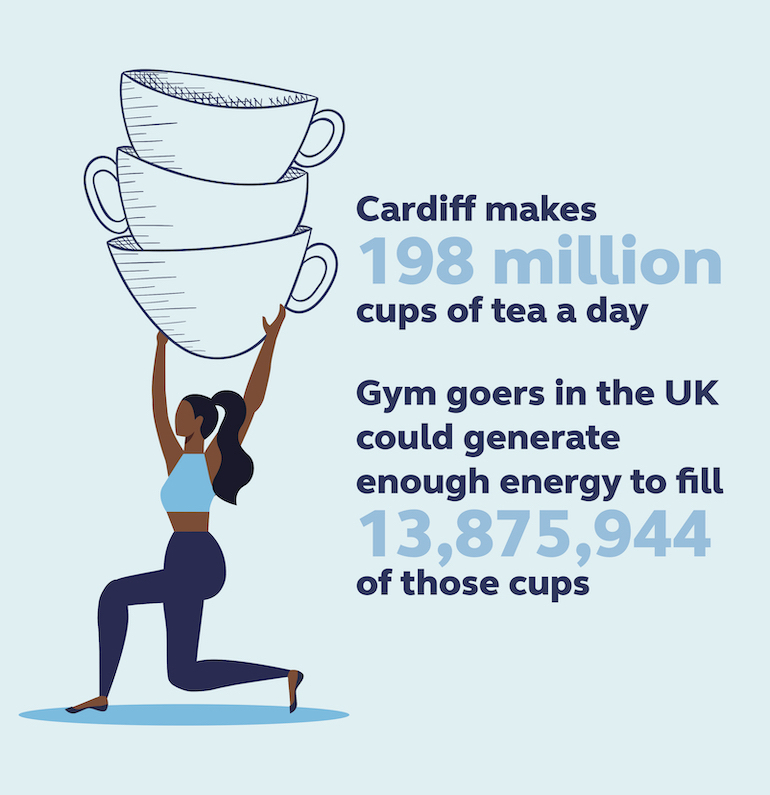 If you’re looking closer to home and just want to power your own tea break, you’d need to do 1,449 squats to boil your kettle… and what if you want something to do while you’re drinking your cuppa? Gamers would need to do 5195 deadlifts to power three hours of their favourite games, while it would take 5,533 chest presses to generate enough energy for a Netflix binge.

Or if you’d prefer to tackle that pile of laundry, you’d need to row for 10 hours to wash one load of clothes and then run, swim or cycle for six hours to power your iron for an hour. 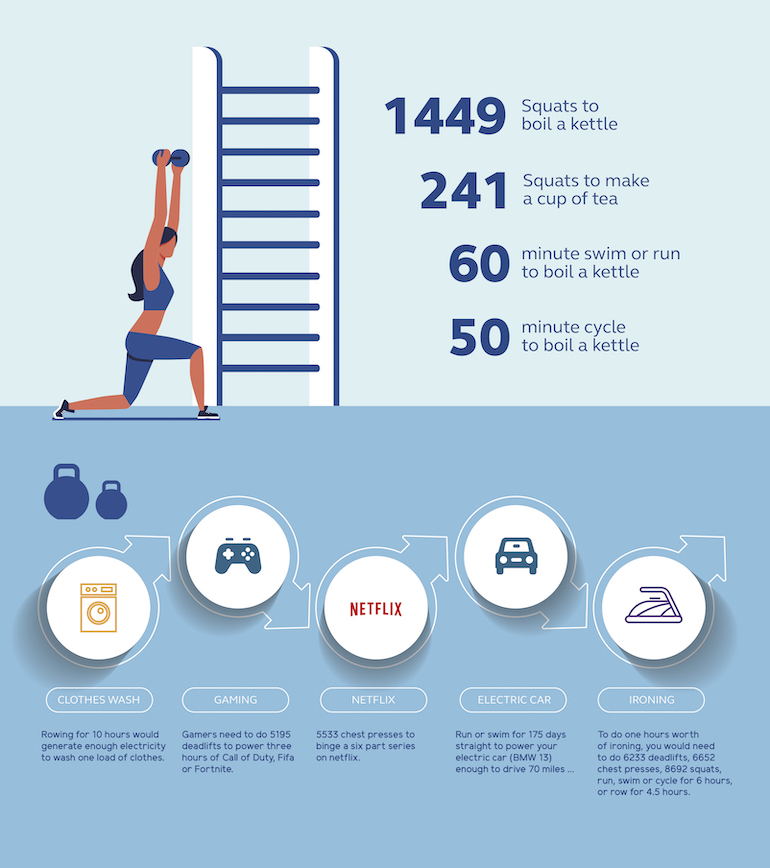 Run to charge your runaround

If recent car-buying trends are anything to go by, more of us are going to be using our homes to power our commutes, by charging our electric cars from our domestic electricity supply. However, if you are out and need a charge top-up, check out where in the UK has the most charging points per electric vehicle right now.

If you harnessed the energy generated by the UK in gyms each month, you could charge more than 46,000 Tesla 3s or over 788,000 Toyota Prius cars. There would be enough power to drive from the top of the UK to the bottom, with a few hundred miles left over.

Commenting on the research, Sarah Broomfield, energy expert at Uswitch, said: "We should be feeling pretty chuffed with the amount of energy we generate at the gym... but when you realise that our pedalling and pounding could only keep Scotland going for 12 minutes a month, it makes you realise just how much power the UK uses in a day – never mind a whole year!"

"We can narrow the gap a bit more by making some simple changes around the home to use less energy, or even switch to a green energy tariff – saving money to spend on our gym memberships and doing our bit for the planet at the same time!"