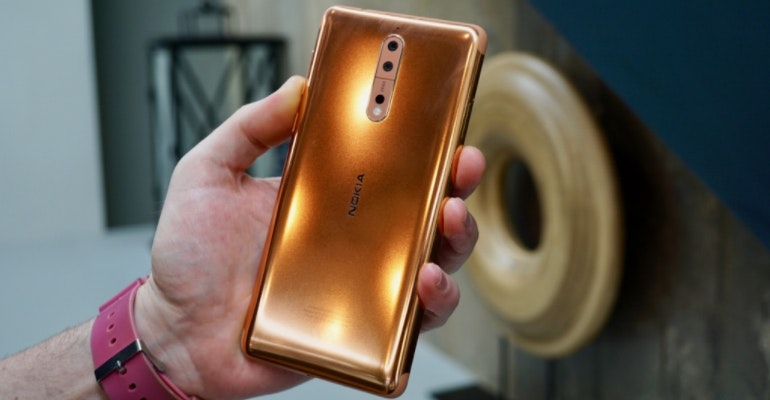 Slim, sleek and super-glossy, the Nokia 8 definitely looks and feels premium, despite the mid-range price point.

And the aluminium construction feels reassuringly sturdy while the curved edges make it easy to grip. So you shouldn’t need to worry about it slipping from your fingers if you’re trying to check Facebook while making sure you stay upright on the tube.

The fingerprint scanner is helpfully placed on the front of the phone, between the two navigation buttons. Which is a welcome change, considering more and more manufacturers now seem to be putting it on the back of the phone instead.

We're also delighted to see the headphone slot present and correct. And seeing as the likes of Apple and Google are trying to force us kicking and screaming into a very expensive, wireless earbud world, we don't take this for granted.

Unfortunately though, the Nokia 8 only has a IP54 rating, making it merely splash-resistant rather than waterproof. So, you should be able to use it in the rain, but it won't survive an accidental dunk in the sink.

The phone itself comes with either a matte or polished finish, depending on which colourway you opt for. Our personal favourite is the Polished Copper. It’s so shiny I can actually see my face in it. And it’s eye-catchingly different from samey shades of silver, black and rose-gold that other smartphone-makers seem to opt for.

Of course, with a super-polished finish like this, it won’t be long before the handset is covered in smudges. So you might want to invest in a case to keep it looking its best.

But the overall design, size and feel of the phone is one of the nicest we’ve seen. So far, we’re pretty impressed.

The screen itself is somewhat smaller than we were expecting. Considering you’re carting around a phone that’s nearly six inches long, the you’d expect a bigger display than the 5.3-inch one Nokia has provided us with.

With thick black bezels (edges) at the top and bottom of the phone, it feels like there is a bit of wasted space with this device.

Still, size isn’t everything. And Nokia has definitely opted quality over quantity with this beautifully bright, crisp QHD display that makes photos, videos and games look stunning. Even in bright sunlight, colours are still crystal clear and words are perfectly legible.

And depending on your needs, the slender size of the screen can actually be a plus. If you have petite Trump-like palms for example, you’ll be able to use the phone comfortably in one hand without having to stretch your fingers or shrink the display.

Elsewhere, the always-on display not only shows the time without having you to wake the phone, it also tells you how many messages, missed calls and emails you have waiting for you.

Which is great if you’re popular enough to need separate categories for all your notifications. But somewhat depressingly, the Nokia 8 keeps these categories constantly visible. So, if you don’t happen to have any unread messages, voicemails or emails, you’ll see a row of zeros whenever you look at the phone. Which, to be honest, is a tad soul-destroying.

The Nokia 8 comes with an impressive 13-megapixel selfie camera as well as two 13-megapixel lenses around the back.

One of these shoots in colour, while the other is a monochrome snapper for taking stylish black-and-white photos. While swapping between lenses is fun, in most situations, you’ll probably want to combine the lenses for super-detailed images.

Despite the two lenses though, the camera does struggle a bit in low-light situations. And if you want to zoom in, you can expect quite a bit of graininess.

As with many other dual-lens setups, the Nokia 8 gives you the option of a ‘bokeh’ effect, which blurs the background and brings the subject into razor-sharp focus to give your photos a very professional look.

While the Live Bokeh mode on the Nokia 8 is by no means the best we’ve tried, it still does a reasonable job of making you photos look artful, even if you can barely tell one end of a cameraphone from the other.

And if you really don’t know which end of a cameraphone is which, stick it on Bothie mode and take a photo with the front and back cameras simultaneously.

Yup, you read that right. You’ve heard of selfies, and now, thanks to Nokia, you can now take bothies too. 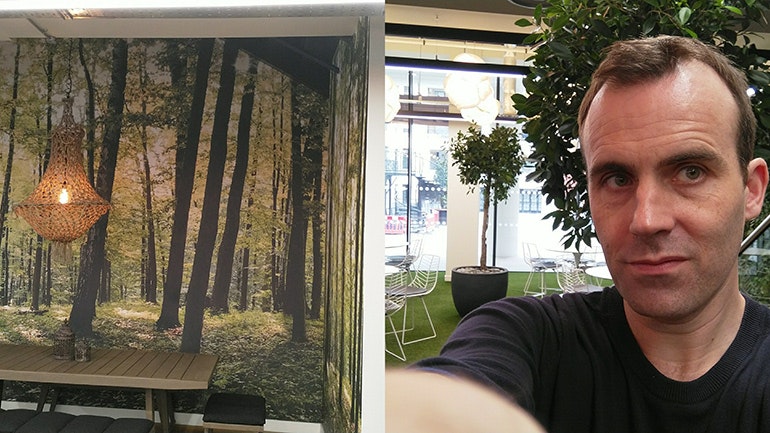 This slightly strange camera feature splits the screen between the front and rear cameras so you can take a photo of your face as well as whatever you’re looking at, all in one shot.

So what possible situations could warrant taking two photos at once? Well, you might want to capture what’s in front of you and your reaction to it at the same time. Or you could take a group shot of your friends and you without having to stretch your arm out or invest in a selfie stick. Or you may want to take a photo of yourself and your sweetheart without actually having to stand next to them. Just think of the possibilities.

While this probably isn’t a feature that you’ll use all that often, it’s definitely still fun to play with and well worth posting the results on social media.

The camera also comes with a few different lighting filters to help you take Instagram-tastic shots. And there’s a panoramic mode for capturing expansive landscapes. 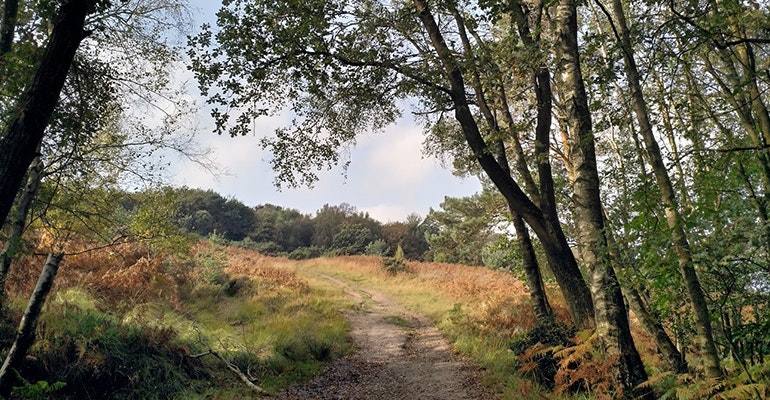 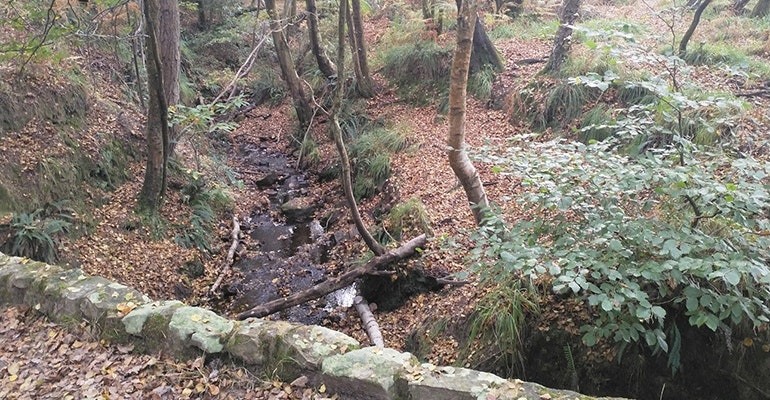 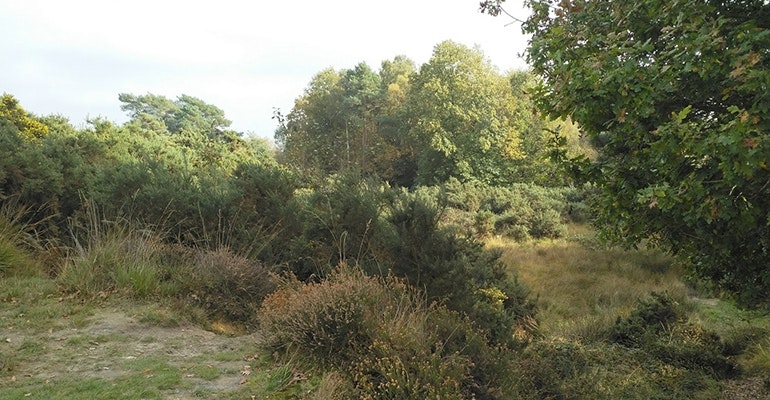 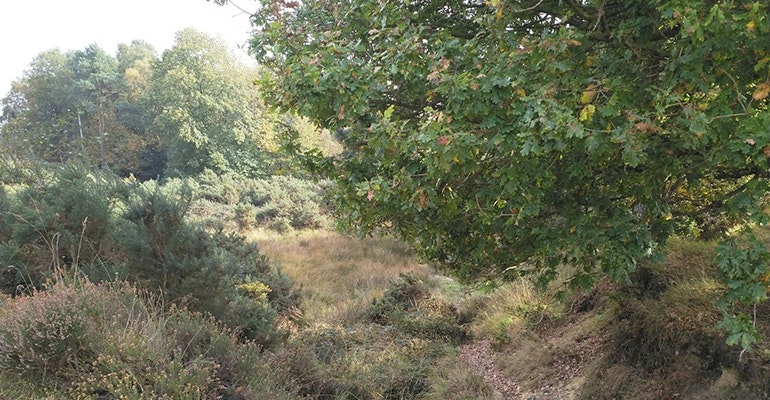 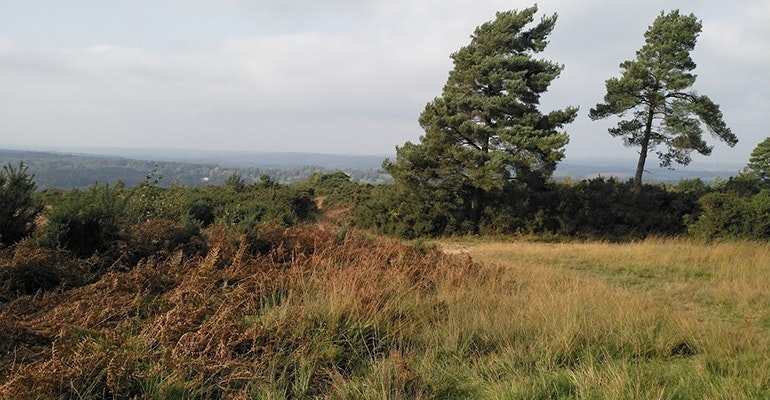 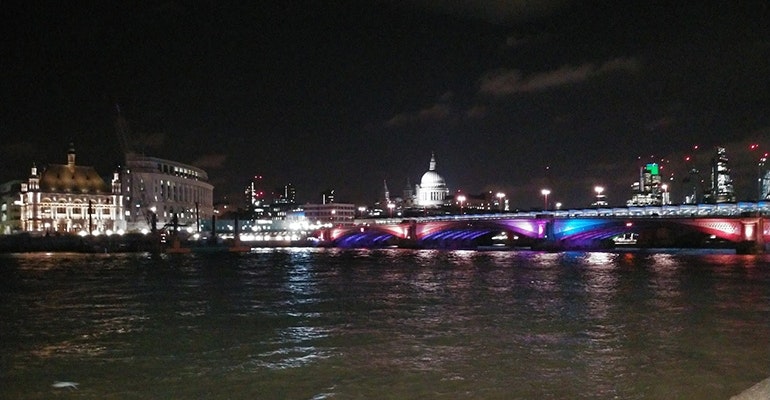 There’s even a Beautify mode that will airbrush out any imperfections to make the subject of your snaps and selfies look flawless.

Although the Nokia 8 doesn’t quite measure up to some of the premium flagships we’ve seen this year, it can more than hold its own when it comes to performance.

With a top-end Qualcomm Snapdragon 835 processor and a healthy 4GB of RAM, you can zip between apps, play memory-intensive games and even use multiple apps at once without the slightest lag. It’s easily as fast as the Samsung Galaxy S8, the HTC U11 and the OnePlus 5.

The navigation is beautifully simple too, running on the latest version of Android Nougat. There are plans to roll out an Oreo upgrade over the coming months.

The battery life is also pretty good. Although, if you’re hoping for a 3310-style battery that lasts for weeks on a single charge, you’re going to be disappointed. After all, the Nokia 8 is a smartphone and therefore it comes with all the battery-draining features that other devices do. We can’t expect miracles, after all.

Having said that, it’s pretty good as far as smartphone batteries go. It’ll certainly last a full day of heavy usage without running out of steam.

And when you do need to plug your phone in, you can use Quick Charge 3.0 to significantly boost your battery in a matter of minutes.

At £499 for the standard 64GB model, the Nokia 8 is by no means the most expensive handset on the market. In fact, considering that it comes with a dual-lens camera, a QHD screen and a lovely glossy finish, it's actually a pretty good price for the features you're getting.

However, the mid-range smartphone market is becoming increasingly competitive, with devices that have similarly high-end features coming out from the likes of OnePlus, Honor and Huawei. And any of these will likely cost about the same.

So, while the Nokia 8 isn't exactly a bargain, it's about what you'd expect to pay for the features you're getting.

While the Nokia 8 doesn't offer anything greatly different to other devices of comparable price, it's still a great phone. Particularly if you still have fond memories of Nokia phones. And let's be honest, who doesn't?

Buy the Nokia 8 SIM-free on Amazon.