The OnePlus 6 isn’t the first smartphone from the upstart Chinese brand to feature a dual-lens camera.

Last year’s OnePlus 5T also sported a dual 16-megapixel and 20-megapixel camera set-up. And it’s fair to say that we were very impressed indeed with its performance, innovative optical zoom and excellent interface.

So what’s different this time around? Well, for starters, it’s the first OnePlus photo to let you record in super slow motion and comes with a video editor built-in. It’s also the first that allows you to take selfies with a bokeh-style depth effect.

And to help you get better results in challenging conditions, OnePlus has increased the size of the sensor and introduced optical image stabilisation. Which should mean the end of blurrycam.

Does all that add up to a camera that justifies splashing out if you’ve got a 5T, though? How easy it is to get good results? And how does the OnePlus 6 camera stack up against rival smartphones’ cameras? We took it for a spin to find out.

Looking for a look at what the OnePlus 6 has got to offer beyond its camera? Look no further .

As with a lot of smartphones, you can fire up the OnePlus 6’s camera by double-clicking on the power button. This works reliably and is a lot faster than starting the camera by pressing on the icon on the homescreen.

The shutter can then be controlled by clicking on the volume rocker. This can be found on the opposite side of the phone and is a location that some may find a bit inconvenient and potentially confusing.

That said, I don’t consider it a big problem. Especially given that most people will be more than happy to use the on-screen shutter button.

I remember raving about the camera interface on the OnePlus 5T and I’m glad to see that OnePlus has stuck with its winning formula.

I’d go so far as to say that they’re by far the best on any phone. The OnePlus 6’s interface is clean, fast, intuitive and everything is where it should be.

Even the Pro-Mode, something that I would normally steer people away from, is as accessible as it can be. And it even comes with an “exposure histogram” (a visual representation of the distribution of light vs darker areas) and a “horizontal reference line” (a spirit level).

So, go ahead swipe up, hit “Pro” and give the dials a try.

A sunny afternoon in Brighton presented a very good opportunity to see how the OnePlus performs in bright light. The answer is it performs brilliantly.

Colours are true to life and are never oversaturated. What’s more, thanks to the very bright AMOLED screen, framing the subjects in full sun was never a problem.

The zoom is very easy to use, not least because the button is perfectly positioned above the shutter. Switching 1x and 2x zoom settings can be done by just tapping on the screen.

You can hold and swipe left to choose every multiple of zoom in between and above 2x. But I’d advise sticking to the default settings for best results.

There’s no optical zoom, so expect to lose some detail when zooming in. But as the images below testify, there are cases where this makes sense. And thanks to the Optical Image Stabilisation, photos are still consistently sharp. 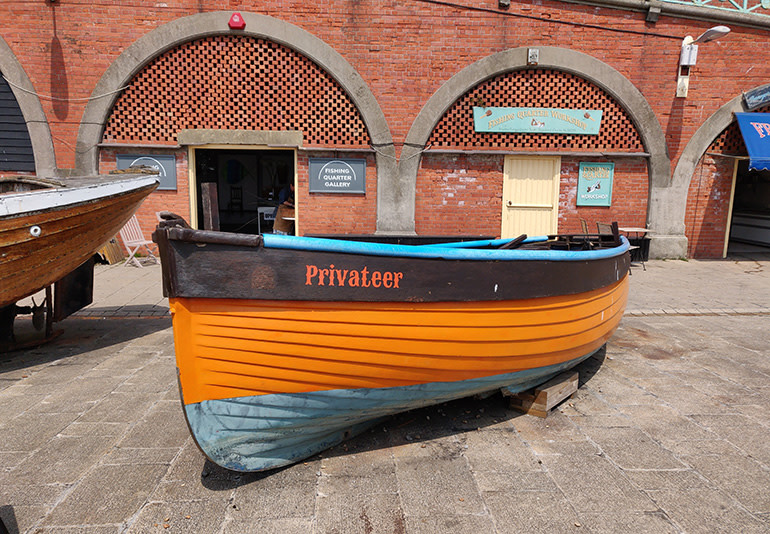 I’m very pleased with colour reproduction here. Many cameras would oversaturate the orange, even on high-end phones 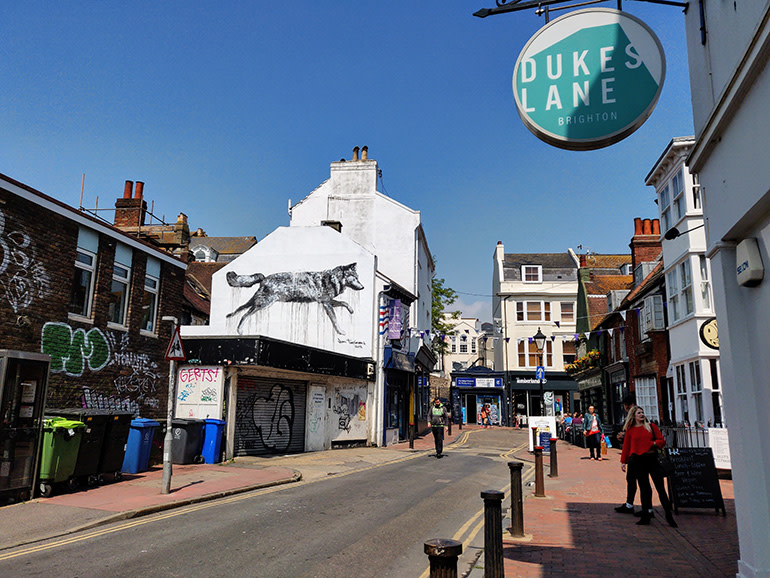 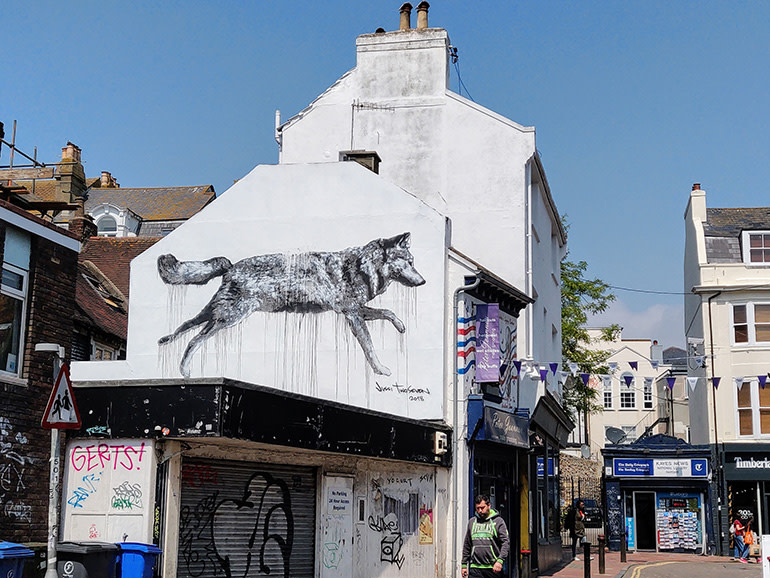 Great example of the zoom in action. Note the better frame. Loss of detail is barely noticeable 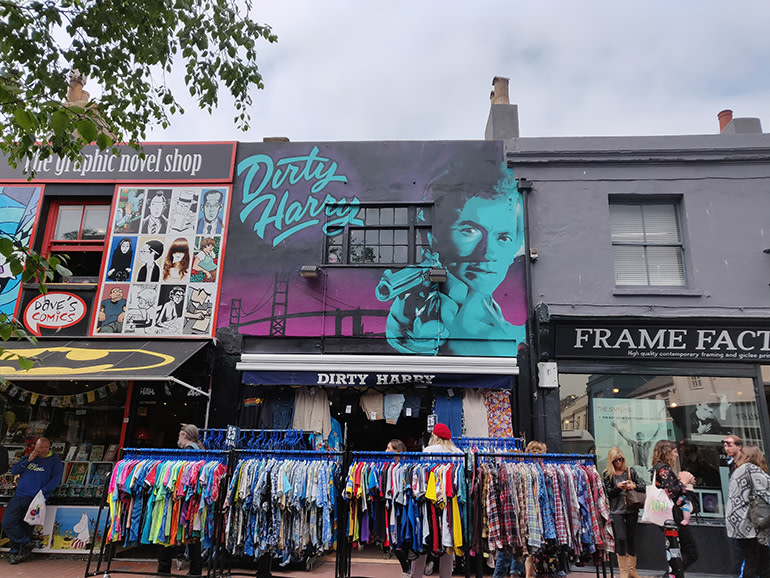 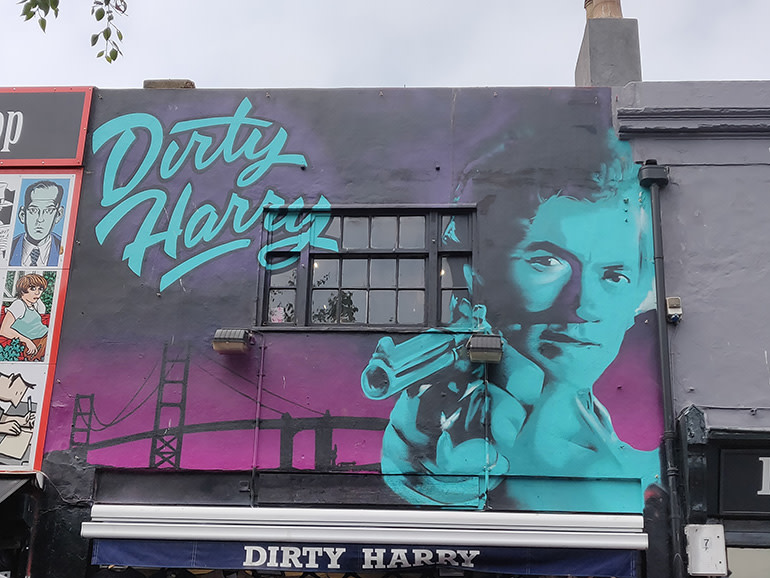 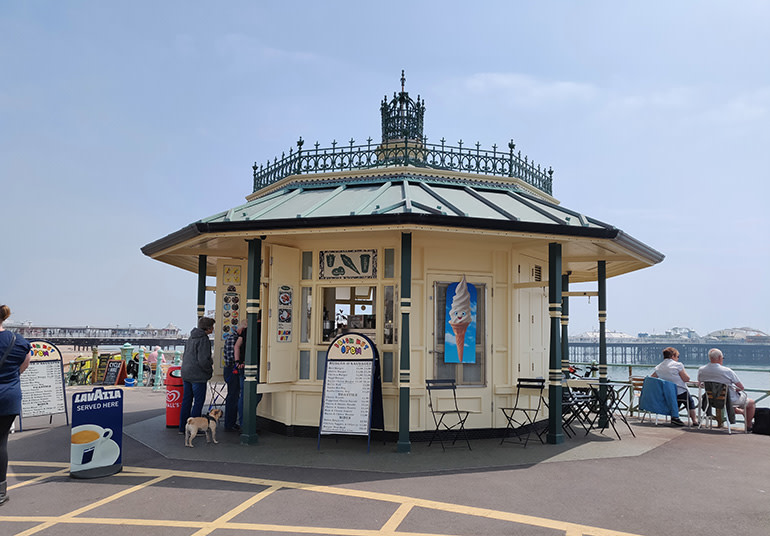 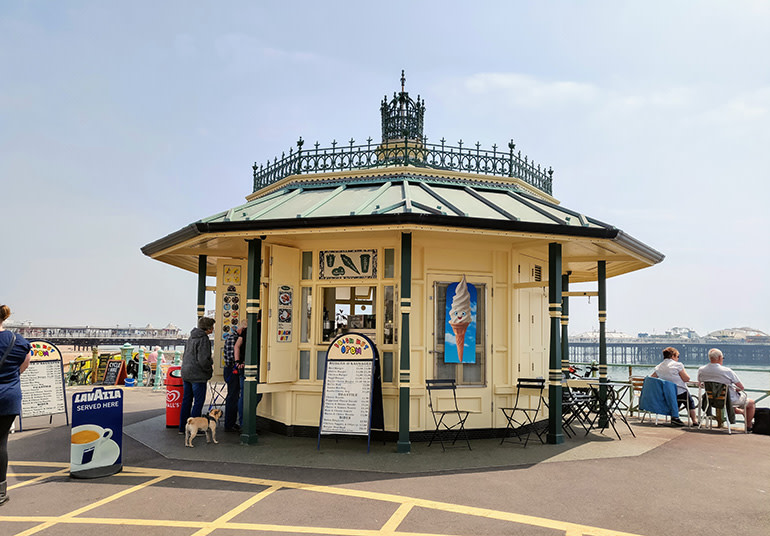 The OnePlus 6 is never overzealous with its colour reproduction and pictures can sometimes underwhelm with slightly muted colours. This is generally not a problem but if you want to share “sunnier” pictures for your social media stream, images can be easily tweaked with the easy to use built-in photo editor or the straightforward Auto Enhance in Google Photos 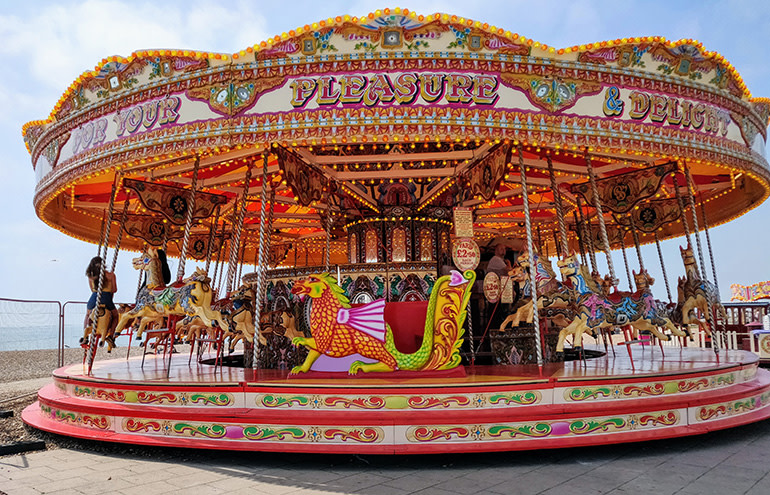 I know more than one phone that in a situation similar to this, would render the image as an orange mess. This doesn’t happen with the OnePlus 6, which reproduces all colours faithfully. I’m also quite impressed by the sharpness of the detail, given that the carousel was in motion

The ability to soften the background for striking portrait photos and professional-looking close-ups is something we have come to expect from any good phone camera.

It’s also one of those areas where you can discern big differences in image quality and in how simple the phones make it to get good results. 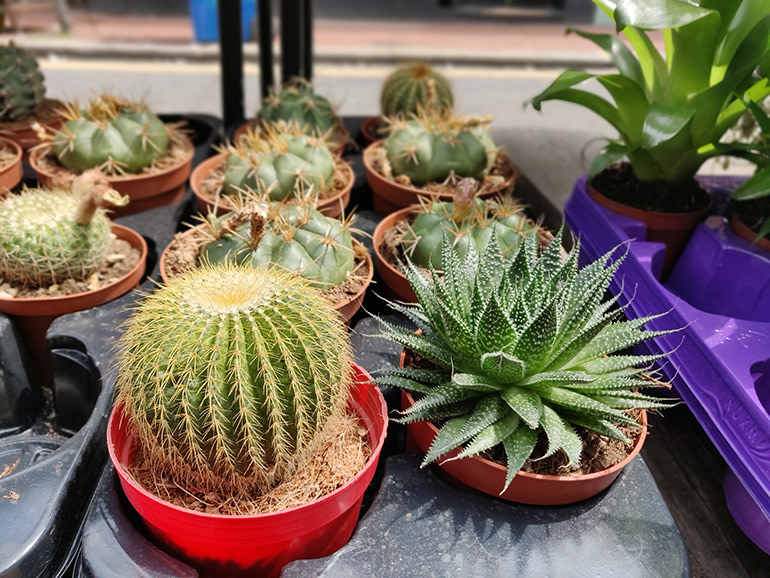 Like other dual-camera phones, the OnePlus 6 uses the two lenses to blur out background details, while bringing the subject into razor sharp focus.

The effect works well most of the time with only a few cases where imperfections reveal themselves.

Because some software processing is involved to create the ‘depth-of-field’ effect, you’ll find that the end results look sharper than they appear when viewed on the phone’s screen while you’re taking the photo.

There’s also an option to modify the shape of the softened lights in the background and make them heart or star-shaped.

Results for the star or heart effects can be inconsistent and a bit too artificial for my liking. But the “bubble light” treatment can be pleasing.

Bear in mind that there is no option to remove the effect after taking the picture, though, so it’s best to use with caution. 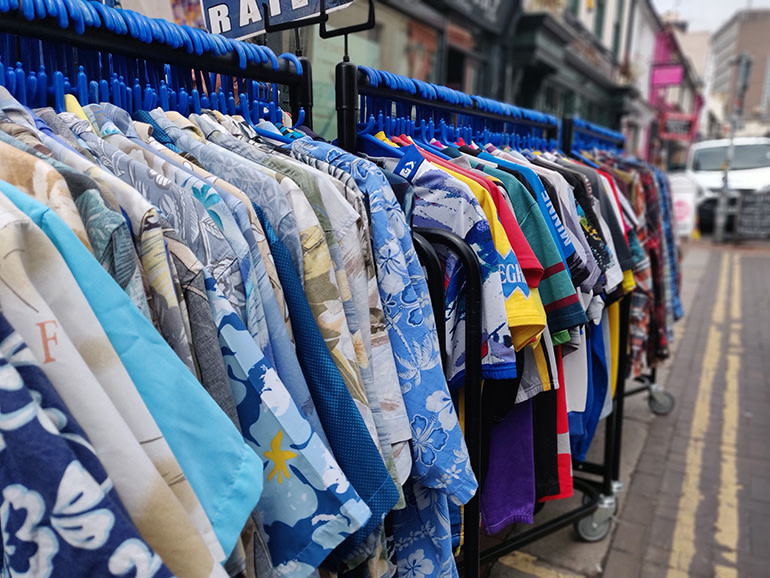 Bokeh mode is not just for portraits. Some artificial edges can appear at times but this is no worse than the best phone cameras out there

Thanks to how well premium phones have started to implement HDR technology, we’re becoming accustomed to cameras that render light and dark scenes with the same amount of detail.

This is achieved through software, so every phone’s camera will tend to be unique in the way it combines the exposures.

The OnePlus 6 improves on the 5T by making the HDR processed image visible in real time on the screen. 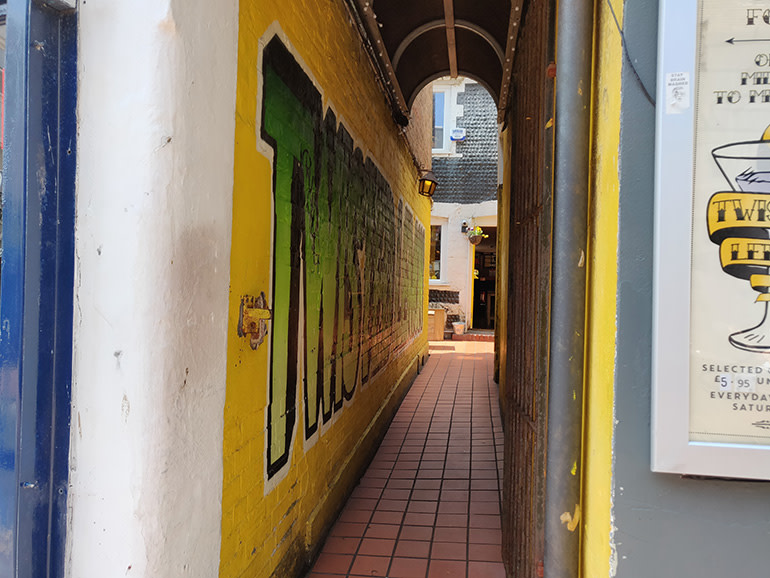 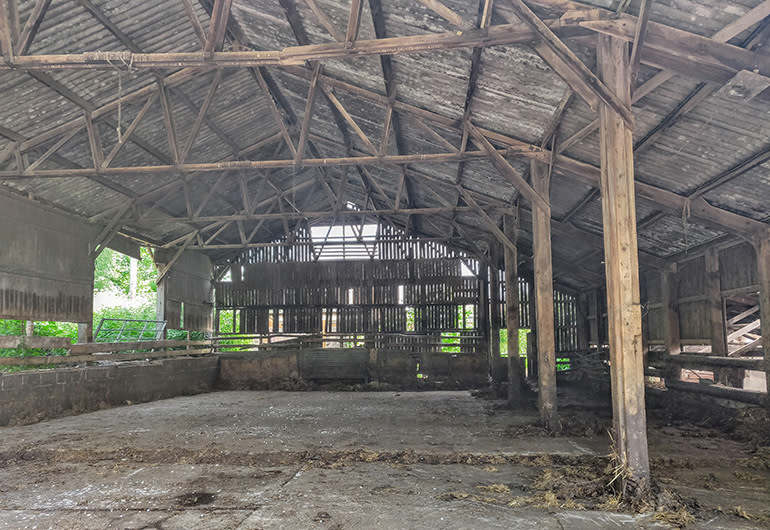 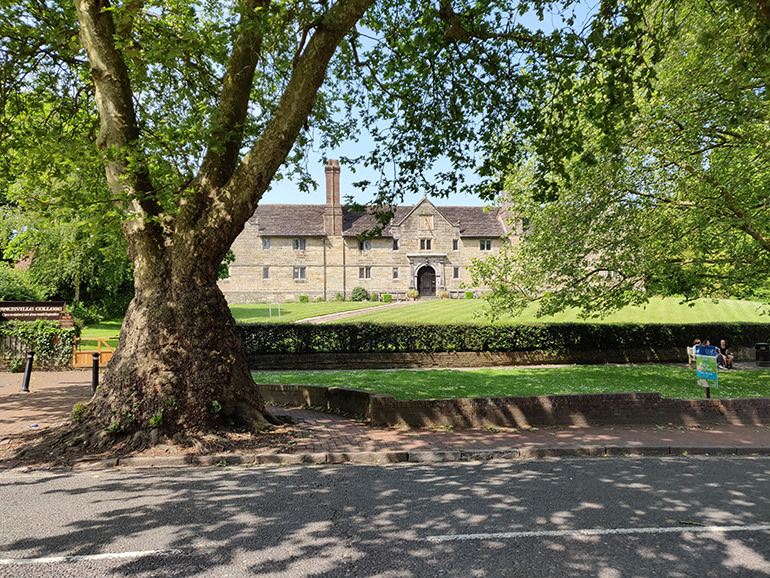 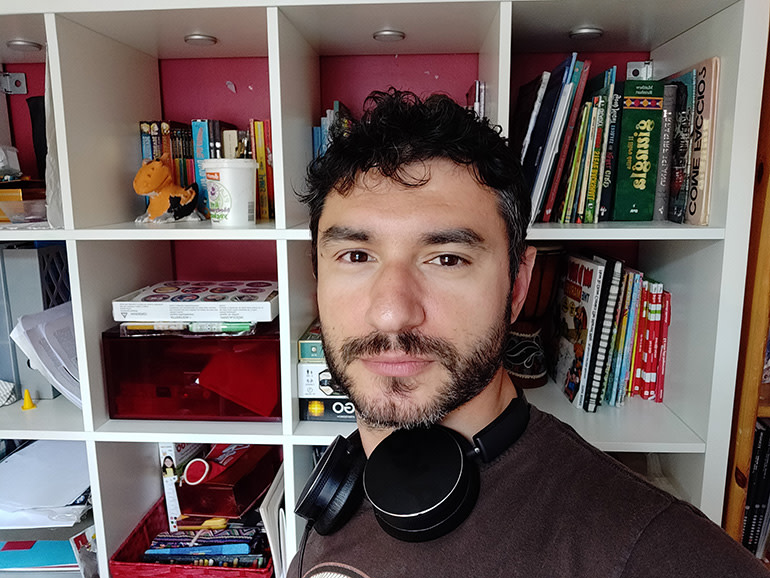 Selfies look sharp and make the most of the available light, but can look a bit ‘cold’ on occasion.

Unfortunately, I wasn’t able to test the bokeh, portrait mode on the front camera because I’m still waiting on an update that will bring the feature to the phone.

But rest assured that I’ll let you know my verdict as soon as I’m able to.

Less than a year ago we gave the OnePlus 5T full marks for low light photography.

To test its successor I decided to use the same dimly lit staircase as a subject. And I can reassure you the OnePlus 6 will not let you down when you want to capture indoor scenes.

Colours are vivid and despite some inevitable noise, there’s none of the “watercolouring” of brighter patches you see in phones that overcompensate in low-light conditions.

Optical Image Stabilisation also plays a big part in these situations, by making sure details stays sharp despite the increased exposure time. 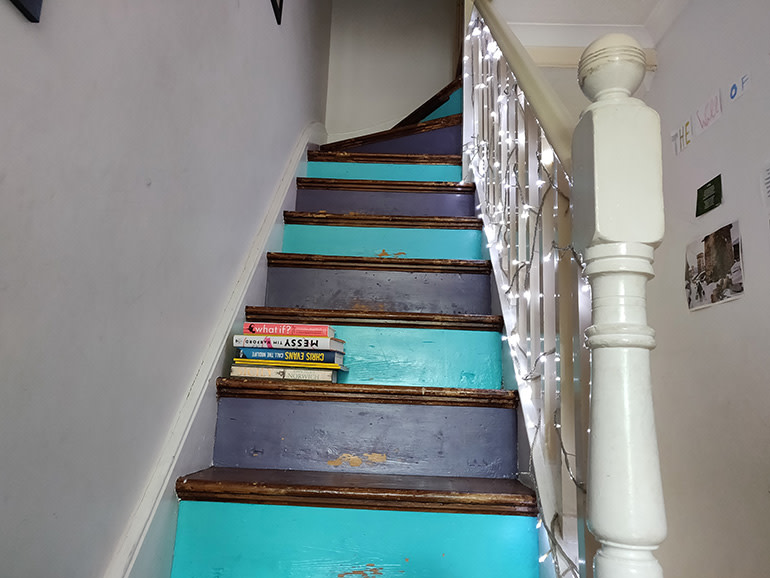 Even with just the fairy lights as the primary source, colours are reproduced vividly 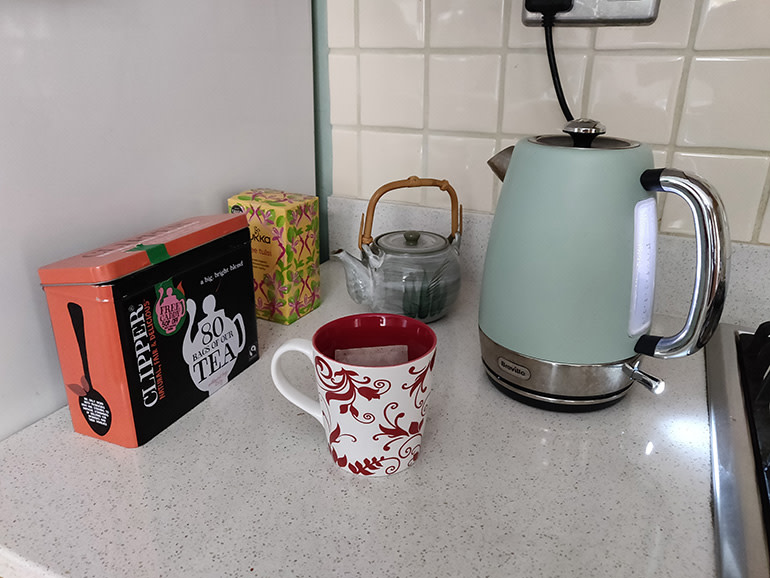 The “tea-time test”: a composition I have used to test many of the best phone cameras so far. Compared to the market-leading Galaxy S9, the OnePlus 6 results are brighter but at the expense of some detail 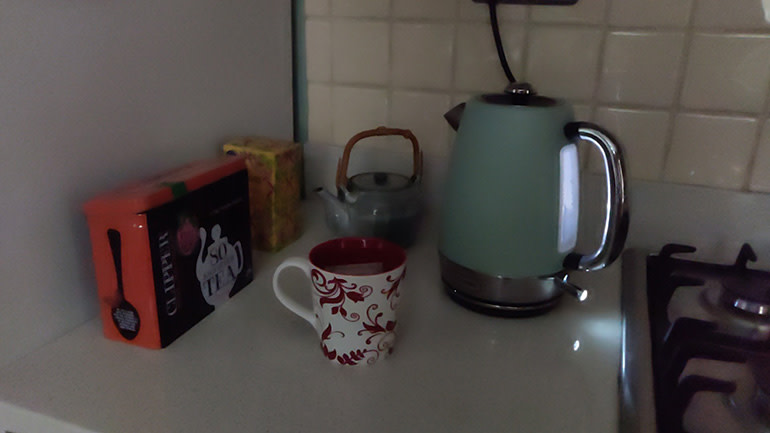 The same scene captured as a still during video recording. Exposure time is considerably lower, so the light level is more authentic but the scene is almost totally blurred

The OnePlus 6 is capable of recording at 60fps, which puts it in line with the best phones on the market.

Playback on the phone screen is exceptionally sharp and fluid, thanks to its fast processor and super-bright AMOLED screen.

Slow motion video impressed, too. Not least because you're free to record up to a minute at a time. So you're much less restricted than with some other phones, where the window to record slow mo is a matter of seconds.

The OnePlus 6 is a good all-rounder that performs well in a variety of conditions.

It’s not a revolutionary phone from a camera point of view, but improves on last year’s model in key areas.

That’s very much in keeping with OnePlus’ winning strategy of continuous, gradual enhancement. Thanks to Optical Image Stabilisation and its excellent HDR image processing and colour reproduction, the OnePlus 6 holds its own in most situations. Even when compared with the most expensive phones around.

However, the lack of optical zoom and sometimes spotty portrait mode places the OnePlus 6 just a bit behind the more accomplished, but considerably more expensive Huawei P20 and Samsung S9+.

If these are compromises you can live with, the OnePlus 6 is a good bet. And produces consistently good photographs in a very well designed, easy-to-use package.

Prefer to pick up the OnePlus 6 off contract? Get it SIM free from Amazon.