How to watch Disney Plus in the UK

After a few forays into on-demand content, including deals with Netflix and Sky and its own first attempt at a streaming service, DisneyLife, Disney has fully entered the streaming wars.
Share this guide

That’s hardly a surprise though. Disney Plus is ready-made to provide endless entertainment for kids of all ages. And, with an impressive catalogue of content, covering Star Wars, Pixar and Marvel as well as classic Disney movies, Disney Plus has a huge appeal for adults too.

But what content is available? Where can you watch Disney Plus? And how much does it cost? Read on as we tell you everything you need to know to help you live happily ever after with Disney Plus.

What is Disney Plus?

Disney Plus is a streaming service stuffed with Disney-owned TV and film content. As with Netflix, Amazon Prime and NOW, you’re able to access the content via your smart TV, set-top box or smartphone in return for a monthly subscription. More on that in a bit.

As well as its impressive portfolio of films and TV shows, Disney Plus is the only place you can watch original content created exclusively for the streaming platform. So, if you want to watch Baby Yoda steal the show in The Mandalorian or you want to keep up with WandaVision or the Loki TV series, you’ll have to subscribe to Disney Plus.

How much is Disney Plus UK

Disney Plus costs £7.99 or £79.90 for the year. Whether you pay monthly or annually, a Disney Plus subscription allows you to stream to four devices simultaneously with unlimited downloads on a maximum of 10 nominated devices.

That means your kids can watch it on their tablets or phones, while you catch up on The Mandalorian, all at the same time. So no more arguing over whether you're all going to watch Cars or Frozen for the hundredth time.

There’s even the option to create up to seven viewing profiles. At the moment there is no 4K or UHD option listed.

With the launch of the S22 range, Samsung is offering customers 12 months of free Disney Plus when they purchase either the S22, S22+ or S22 Ultra. To claim your free Disney Plus subscription, visit samsung.com/uk/boost/ and sign in to your Samsung Account to then redeem your free 12 months on the Disney+ website.

If you’re not in the market for an upgrade, current O2 customers can add Disney Plus to their current plan for £7.99 a month and will receive £2 a month off your bill.

Check out the latest O2 Mobile and SIM only deals.

Is Disney Plus free with Amazon Prime?

Unfortunately, you can't get free Disney Plus with Amazon Prime in the UK. However, the company occasionally offers six months free Disney Plus if you sign up to its Amazon Music Unlimited Service. This is a separate Amazon service to Prime and costs around £8 per month.

What on Disney Plus? 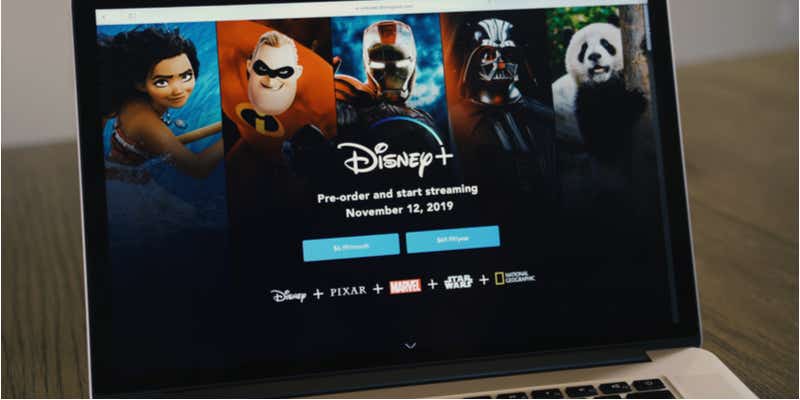 Disney Plus has a huge amount of content available. According to the official statement, even on the day of launch there was "nearly 500 films and 7,500" episodes on Disney Plus from day one.

Pretty much everything in Disney’s extensive back-catalogue is available to stream on Disney Plus. This includes classics like Snow White and the Seven Dwarfs, Beauty and the Beast, Pinocchio, Bambi, The Lion King, Lady and The Tramp, Peter Pan, The Little Mermaid, and Cinderella.

And all brand-new films that Disney release in the future will end up on the platform, too (that is, after they finish their cinema schedule).

Of course, Disney has been gobbling up brands, networks and studios for years, taking the likes of Star Wars and Marvel Comics under its wing and making billions of dollars at the box office.

And all of these will be available to stream on Disney Plus, including the three most profitable films ever made: Avatar, Avengers: Endgame and Star Wars: The Force Awakens.

This means that, going forward, Disney Plus will be the only streaming platform where you can see huge box office hits from both Lucasfilm and Marvel.

But that’s not all. Disney Plus is more than just a repository for all of its movies, as Disney has invested heavily in creating new, original content that will appear exclusively on the streaming platform.

In fact, Disney's chief financial officer, Christine McCarthy, stated that the firm is invested at least $1 billion into original content within the first year.

At the time of launch, this equated to 10 new movies and 25 original series in the works.

The Mandalorian, directed by Iron Man’s Jon Favreau, was the first series to appear exclusively on the platform. And Jedis can rejoice because a second Star Wars series is already in the works, this one starring Ewan McGregor who is reprising his role as Obi-Wan Kenobi.

Marvel Studios will also be a major part of the platform’s original content offerings, bringing several of its characters into the TV world for the first time. The inter-connected movie universe will now cross over into a number of exciting shows including ‘WandaVision’, ‘The Falcon and The Winter Soldier’, ‘Loki’ 'MoonKnight' and ‘She-Hulk’.

All of these will connect directly to the wider Marvel Cinematic Universe. So be sure to watch them if you don’t want to miss any vital storylines, plot twists or characters.

Is The Simpsons on Disney Plus?

When Disney paid $52bn to acquire the FOX network and studios in 2017, one of the highest-profile titles they acquired was The Simpsons. Though initially absent when it first launched, Disney Plus is now home to 32 seasons of the long-running animated show.

How to watch Disney Plus on TV or online

Like most streaming services, there are a number of ways you’ll be able to watch Disney Plus. And based on the availability of the Disney Plus app in the US, there will likely be plenty of devices that you can stream it from.

Here’s how you can watch it:

Like everything Disney does, Disney Plus is colourful, family-friendly and really easy to use. It even lets you filter what’s on offer by each brand. So you can search by Disney, Pixar, Marvel, Lucasfilm, or National Geographic.

Convinced you need to subscribe to the most magical streaming service on earth? Sign up for Disney Plus here.