What’s the best media streaming device? We'll help you choose between a Fire TV cube, a Chromecast, a NOW TV Stick amongst others to get the best streaming stick for your home.
Share this guide

Streaming services are quickly replacing standard TV as the way we all watch our favourite TV shows and films. With more and more services being launched each year, finding the right media streaming device can make or break your day-to-day TV-viewing experience.

What to look for in a media streaming device

For the most part, media streaming devices are fairly similar in how they operate and what streaming services they can access. However, there are a few key differences beyond price that will make your viewing experience better.

Why should I get a streaming stick?

A streaming stick is the smallest media streaming device you can buy. They’re the least obtrusive and usually the least expensive option. And more often than not, they provide you with all the features you need. (Of course, you don’t need to fork out for a streaming stick if you have a smart TV with access to streaming services built-in.)

All of these streaming devices cost around £25-£30 and are fairly similar in their look and feel. The exception being the Google Chromecast, the original iteration of which doesn’t include a remote, but just allows you to cast from your mobile devices.

So if you’re after a budget streaming device, keep an eye out for any sales or deals where you could pick one of these up for even less. 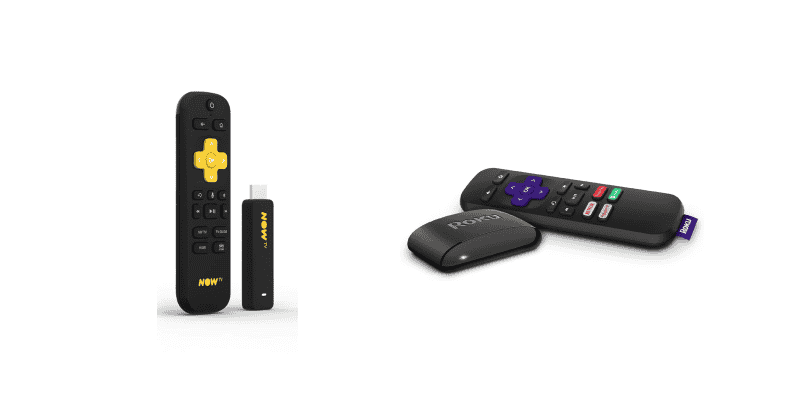 At the time of writing, the Roku Express was on sale on Amazon for £24, so it’s slightly cheaper than the NOW TV.

NVIDIA Shield TV is technically the winner as it can stream 4K at 60Hz playback, and even upscale content that isn’t in 4K to look incredibly crisp and sharp. It also has an Ethernet connection that allows you to get a faster, more reliable broadband connection to stream those UHD shows.

However, it’s also one of the most expensive 4K streaming devices, with the Roku Streaming Stick + and the Fire TV Stick 4K do an excellent job of streaming 4K content at a third of the price. 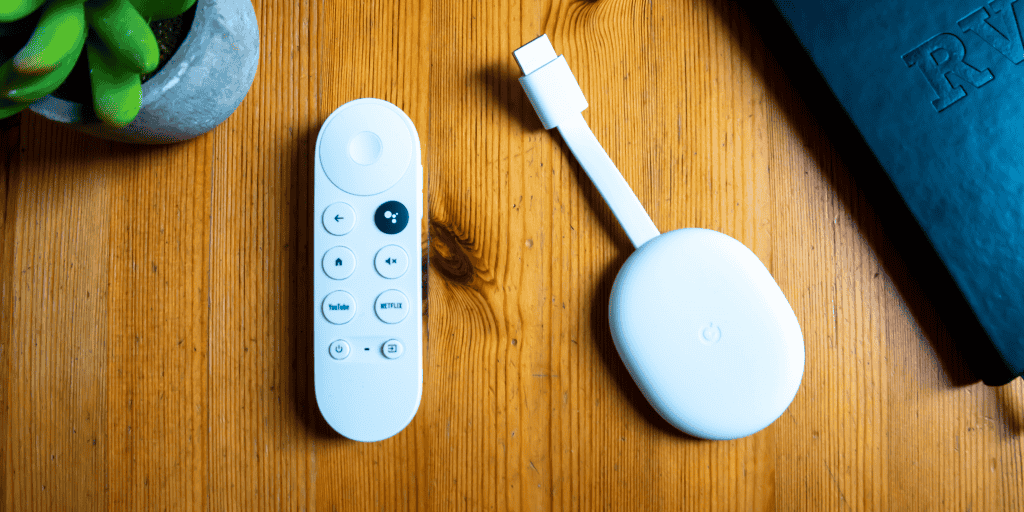 The new Chromecast with Google TV has the best TV streaming interface, as it allows you to browse through all your content from a single screen. The integrated Google TV interface gives you the option to search for content across all of your subscribed channels, as well as offering you personalised recommendations on your ‘For You’ page.

You can still access your individual apps if you want to scroll specifically through Netflix, Disney Plus or Amazon Prime, but with Google TV you can see everything in one space.

This one is obvious, but Apple TV 4K is the best TV streaming device for iPhone users. For those within the Apple ecosystem, the Apple TV 4K offers a smooth and integrated experience.

You can watch hundreds of apps, play games, AirPlay content from your other Apple devices and even control your smart home devices right from a Siri-enabled remote. 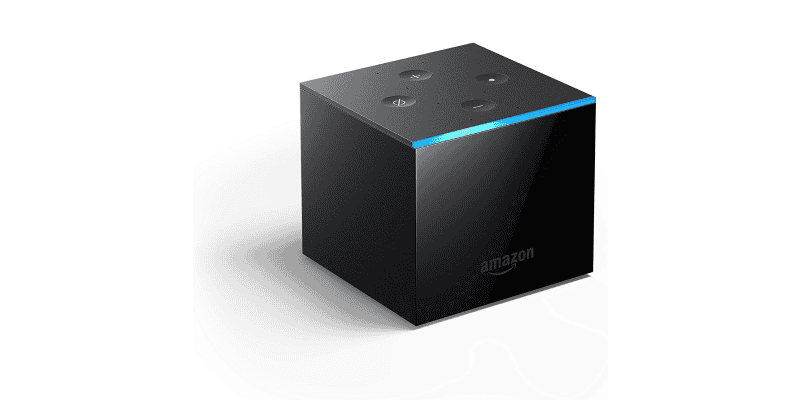 A TV streaming box has a few advantages over a streaming stick, such as more memory storage and the option for a wired Ethernet connection.

With integrated Alexa technology, the Fire TV Cube is the fastest and most powerful Fire TV streaming device ever. It has an ultra-powerful hexa-core processor, which lets you enjoy instant access to 4K ultra HD content. It also offers support for Dolby Vision and HDR, including HDR10+.

With the Fire TV Cube, you can control compatible, connected devices such as your soundbar, TV and even your Sky Q set-top box.

If your Alexa is at the heart of your home, then a good broadband connection is vital. And if your home struggles with Wi-Fi weak spots, you can connect your Fire TV Cube with a direct Ethernet cable. This offers you a strong, direct connection and the best broadband speeds in your house. 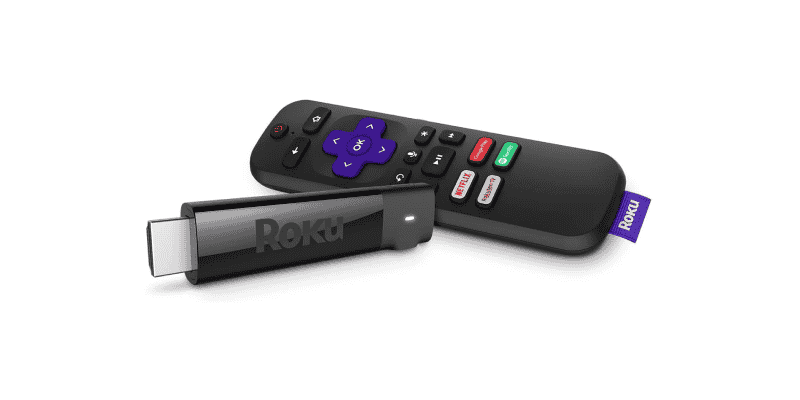 If the Fire TV Cube is a little out of your budget, but you still need a streaming stick that can handle weak Wi-Fi, then go for the Roku Streaming Stick +, with long-range wireless receiver.

This powerful little streaming stick gets a great signal. And it features all the functionality you would expect, including voice-controlled remote, access to all the major streaming services, TV volume and power remote control. 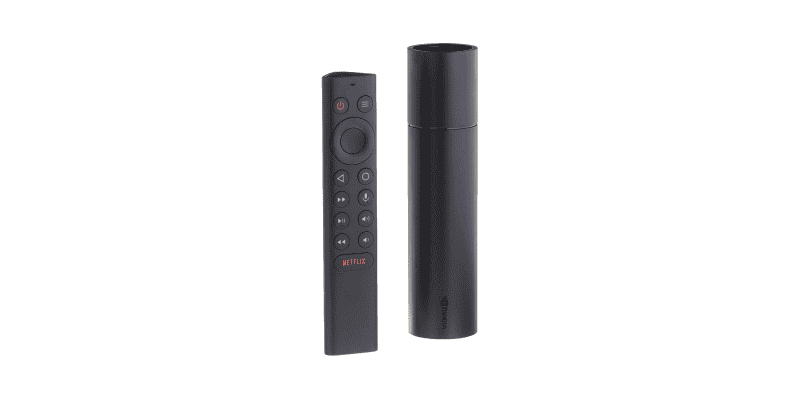 NVIDIA SHIELD TV is one of the most expensive media streaming devices on this list. It costs nearly £150, and that’s before you buy a game controller. But the high price tag is well-deserved when you see what you can get. It comes with some of the best 4K streaming available, featuring AI-based 4K upscaling that makes even non-4K content look impressive.

Its main appeal is its access to an extensive library of games via the NVIDIA GeForce NOW™ game streaming service, NVIDIA GameStream™ and Android gaming via the Google Play Store.

In terms of the best value, the Roku Streaming Stick + has got it all for a very reasonable price. You can access all your favourite streaming content, stream in 4K, and even ditch your other remotes and control your TV power and volume all from a single purple remote control.

However, the Google TV interface on the new Chromecast is a game-changer. With intuitive navigation, an intelligent voice assistant, and personalised recommendations across all your channels, it makes choosing what to stream easier than ever. If you have a Google-connected home and use Google services like Google Meet, then adding to your Google collection with the new Chromecast is well worth the extra £12.