eCall: Could your car save your life?

In March 2018, an EU directive named eCall is set to come into force. Under the new rules, every new car sold in an EU country must come equipped with eCall technology.

Under the eCall initiative, every car sold in the European Union is set to come equipped with a device that can send alerts to the emergency services in the case of an accident.

eCall alerts can be sent manually (by the driver pressing a button within the car) or automatically (the device will detect if the car is involved in a serious impact). When the eCall device is activated, it sends a call to the emergency services via the Europe-wide 112 phone number. The device makes a voice call via microphones in the car and sends information including your exact location so the emergency services can quickly get to the scene — even if there’s nobody around to call an ambulance.

It’s estimated the technology will cut emergency response times by 40% in urban areas and 50% in rural areas. As a result, road fatalities could be reduced by 4%, with the number of severe injuries cut by 6%.

The eCall device is not the same as a black box, which can measure a car’s movements at all times. eCall devices only record and relay information when they are activated from within the car or upon impact. Minimal data is recorded at that point — such as your car type, its location and direction of travel — and is deleted when it is no longer needed.

The installation of eCall devices is estimated to add about £70 to the cost of a car, but this is expected to decrease in the future. It’s also expected that these costs will be absorbed by car manufacturers to keep the service free for drivers. 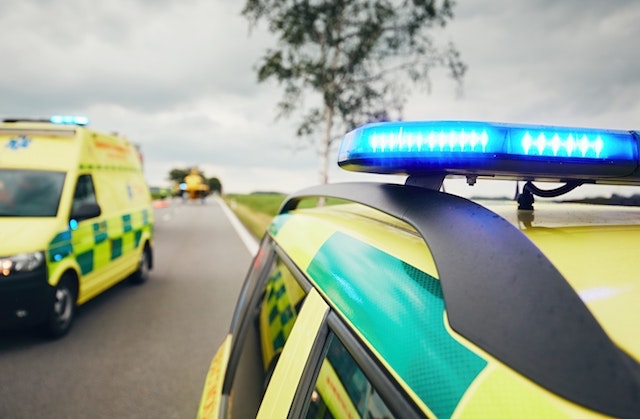 When is eCall set to arrive?

The eCall initiative is set to come into force on 31 March 2018, meaning all new cars sold after this date must to be equipped with eCall technology.

However, it appears that the infrastructure in the UK for implementing eCall has a long way to go in the next few months. And with the deadline fast approaching, there seems to be little progress or even public awareness of the change.

While some high-end cars are already eCall-equipped, the technology is far from widespread in new cars today — just months from the target date. Vauxhall’s OnStar system and Volvo’s On Call service come as standard on some high-end models and are optional extras on others. However, many mainstream manufacturers don’t yet offer any form of eCall device in any of their models. Despite this, those that we contacted assured us that all cars will be eCall-compliant by the deadline.

But will it actually happen?

While the UK appears to be behind on eCall implementation, it seems that the EU initiative is still set to go ahead in March. But of course, the UK isn’t set to be part of the European Union for much longer.

Despite Brexit, it seems the UK is still set to implement eCall to comply with the regulations of the EU while it’s still a part of it. However, there has been little official word on eCall implementation since it was voted in by the European Parliament in 2015. At that time, the UK Transport Minister Claire Perry said she “did not support the measure”.

But while the UK is still part of the EU, it is bound by its regulations so we can assume eCall must be happening behind the scenes — with no public awareness campaigns so far.