What is Apple Arcade?

One of the big announcements at last year’s Apple event was the launch of Apple Arcade, an all-in-one gaming subscription service that would feature a number of mobile-friendly games.
Share this guide 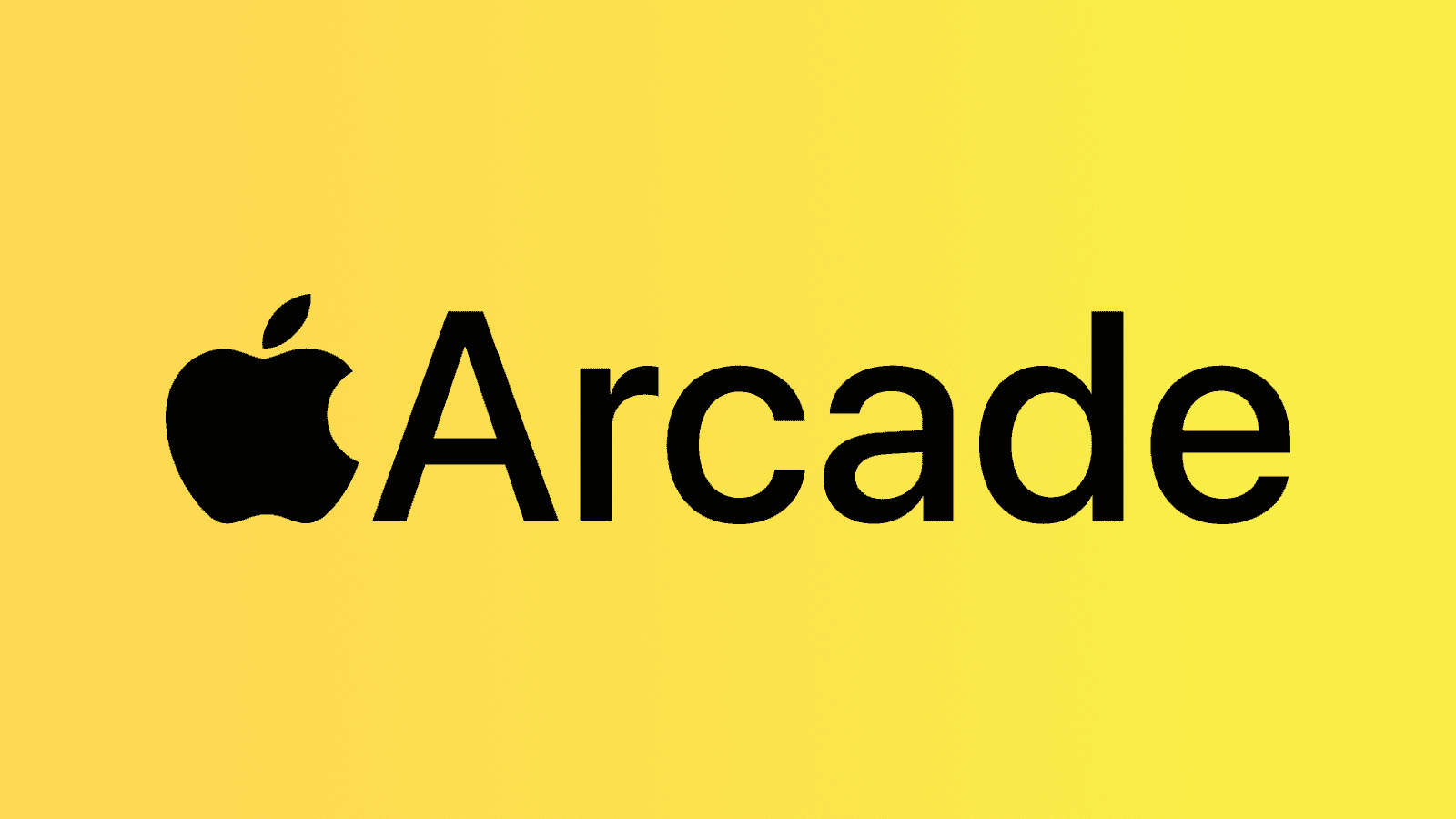 Apple Arcade was touted as the “Netflix for gaming” and would allow users to download and play as many games as they want from a list of exclusively procured games for Apple.

Apple hasn’t shown much interest in developing its own gaming titles, so instead the company is contributing to the development costs and working closely with well-known creators to bring their games to Apple devices. This includes both high-profile titles such as Sonic the Hedgehog, Where Cards Fall and Beneath a Steel Sky, as well as plenty games from developers like Bossa Studios, Cartoon Network, SEGA, Snowman, ustwo games, Annapurna Interactive, Finji, Giant Squid, Konami, and Lego to name a few.

What is Apple Arcade?

Apple Arcade is a gaming subscription that gives users unlimited access to mobiles games that are available exclusively through the Apple service. Each game is hand-picked by Apple and covers a range of genres including family games, puzzle games, sports, RPG and strategy games.

Unlike platforms such as Google Stadia and Project xCloud, Apple Arcade isn’t a form of cloud gaming since games are downloaded entirely to your device and can be played as often as you like. Each game also features cross-save, meaning your progress is saved and can be accessed instantly across all your connected Apple devices.

How much is Apple Arcade?

An Apple Arcade subscription costs £4.99 a month and is available on iPhones, iPads, MacBook computers and Apple TV devices. The monthly subscription gives users access to a large library of games to play across multiple devices, with all in-game extras and downloadable content included within the monthly price.

What games are available on Apple Arcade?

Apple Arcade originally had around 60 games available when the service first launched in September 2019. Since then, Apple has expanded this to around 200 titles including everything from Frogger in Toy Town, The Bradwell Conspiracy and Rayman Mini.

What are the best Apple Arcade games?

With hundreds of games to choose from, you might not know where to start. These are some of the most popular Apple Arcade games you should definitely try:

What the Golf? — This is mini-gold with a difference, as you don’t necessarily need to hit the ball into a hole. Fun and addictive.

Where Cards Fall — This coming-of-age puzzle game requires you to figure out arrangements of cards in order to complete each level.

LEGO Brawls — Create your own LEGO characters and battle across iconic brick-based locations.

Since Apple Arcade is designed with mobile devices in mind, offline gaming is a vital part of its interface. All the games on Apple Arcade can be played offline, so you won’t have to worry about dropping out when playing on a train or while in areas with bad phone signal.

Apple Arcade is available as part of a Family Sharing plan, giving up to six household members access to play Apple Arcade games under a single subscription cost. This is especially appealing for households that have an extensive Apple ecosystem since Arcade games can be played on iPhones, iPads, MacBooks or on Apple TV.

Hardcore gamers could spend hours talking up the pros and cons of each console’s controller. However, since Apple Arcade has to sync and function across multiple platforms and devices, it doesn’t currently have a dedicated controller that works with your iPad, MacBook and Apple TV. Instead, all Apple Arcade games can be played by using the touchscreen, keys or remote for your chosen Apple device.

While Apple has yet to release a specific Apple Arcade controller, it does have wireless support for both the PS4 DualShock 4 and the Xbox One controller.

Pairing an Xbox One controller

How to get Apple Arcade

Apple Arcade is available in 150 countries around the world, so pretty much everywhere there is access to the Apple App Store. It's available either individually for £4.99 or as part of the Apple One subscription which includes access to other Apple services like Apple Music, Apple TV Plus, Apple News Plus and iCloud.

Apple One allows you to choose up to six Apple subscriptions together and can be purchased either as an individual subscription or as part of a shared family plan. 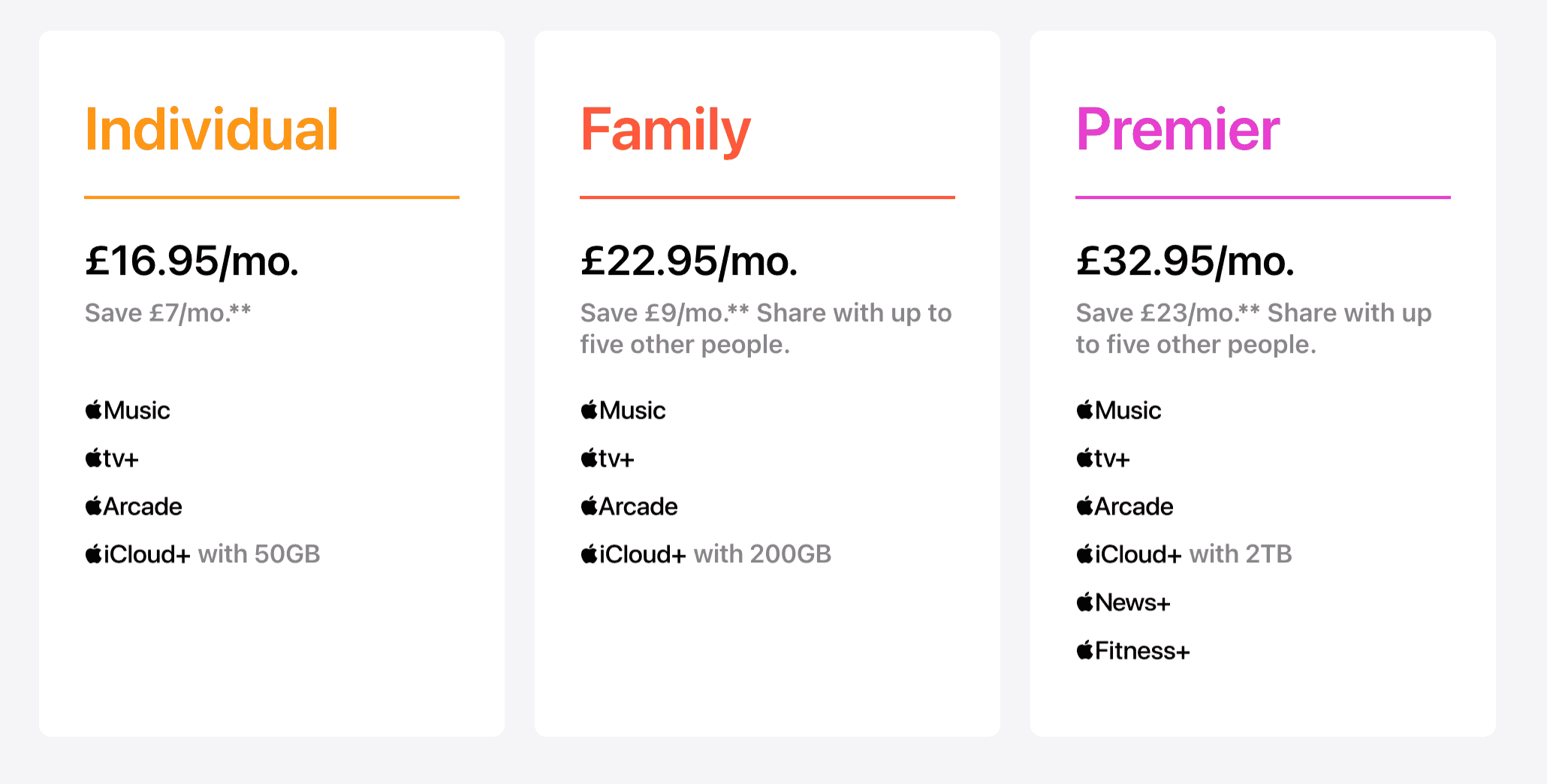 To get Apple Arcade you just need to visit the App store on your Apple device (iPhone, iPad, iPod touch, Mac or Apple TV) and navigate to the Arcade tab. Here you’ll find the subscription offer which includes a seven-day free trial. You’ll then need to confirm or log in with your Apple ID then you’re good to go.

Hint: If you don't see a subscription off, try to download an Apple Arcade game — you'll be prompted to subscribe from there.

What is the best broadband for gaming?

If you do a lot of online gaming then you need to make sure you have a broadband connection that can handle it, one with plenty of bandwidth to prevent lag or latency – and allow others in your household to still use the internet while you're gaming.

If you’re a gamer then superfast fibre broadband is a must. However, you may be able to get even faster speeds than you previously thought. You can find out more about the best broadband for gaming with our dedicated guide and gaming content. 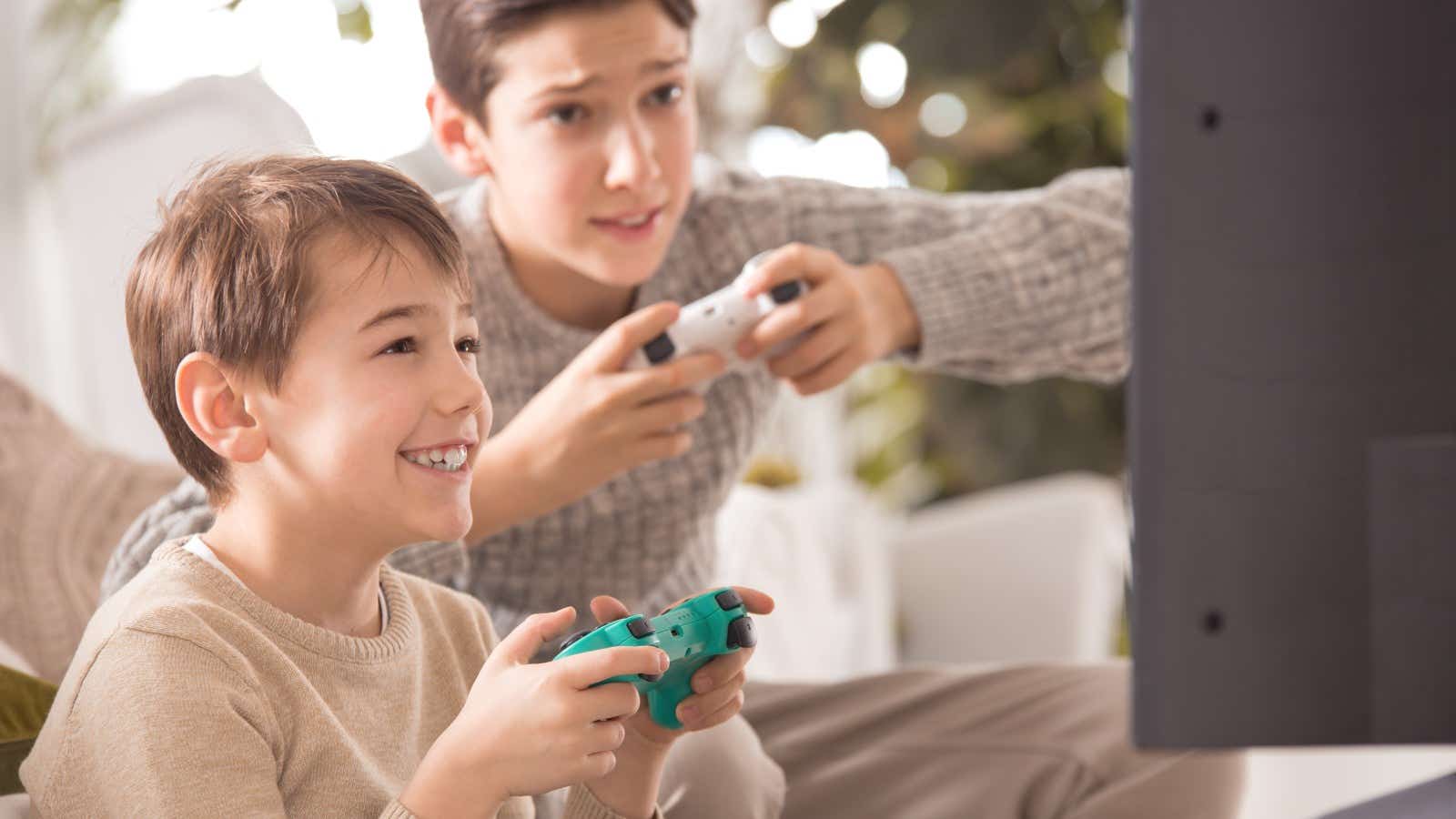 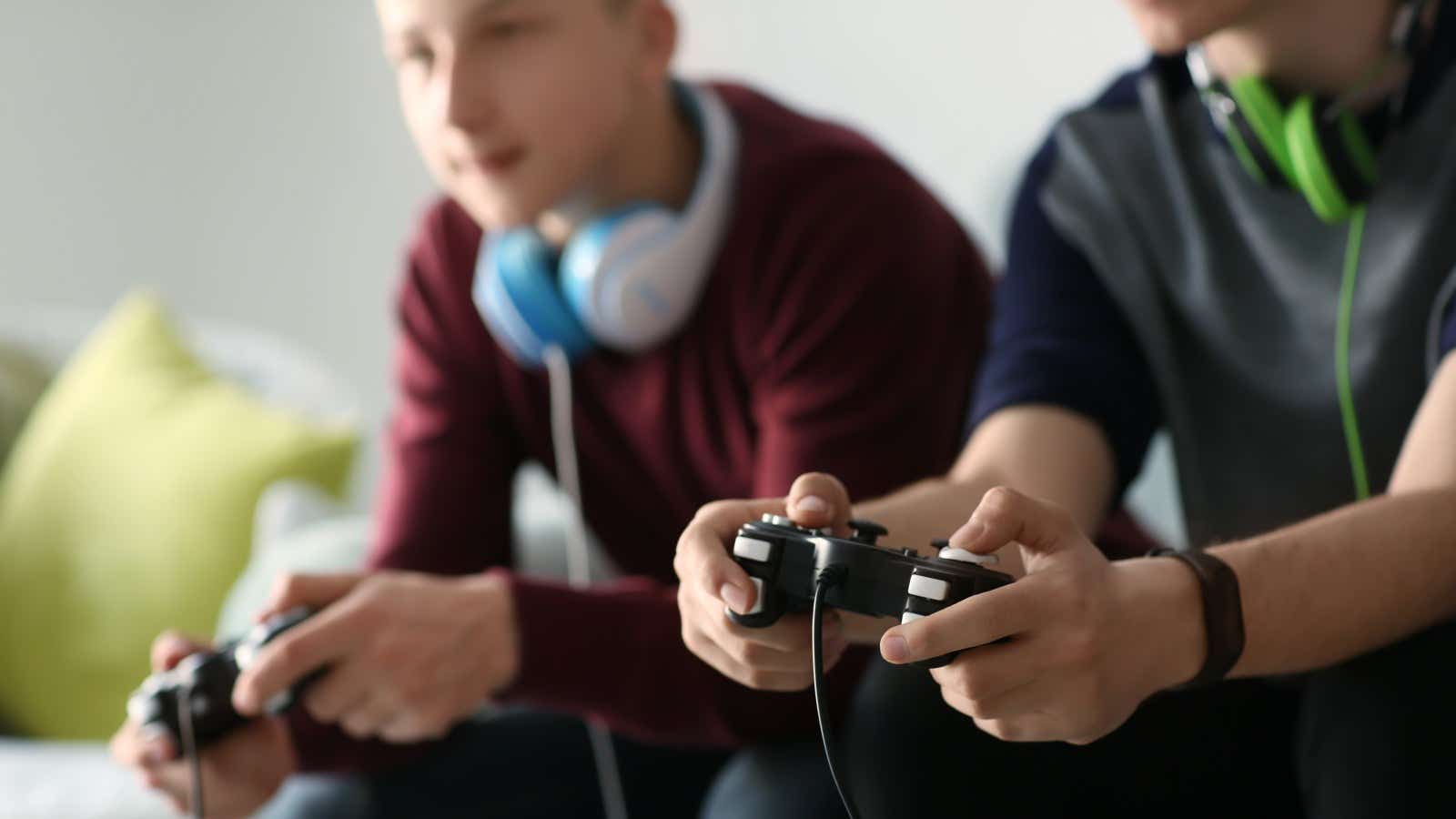 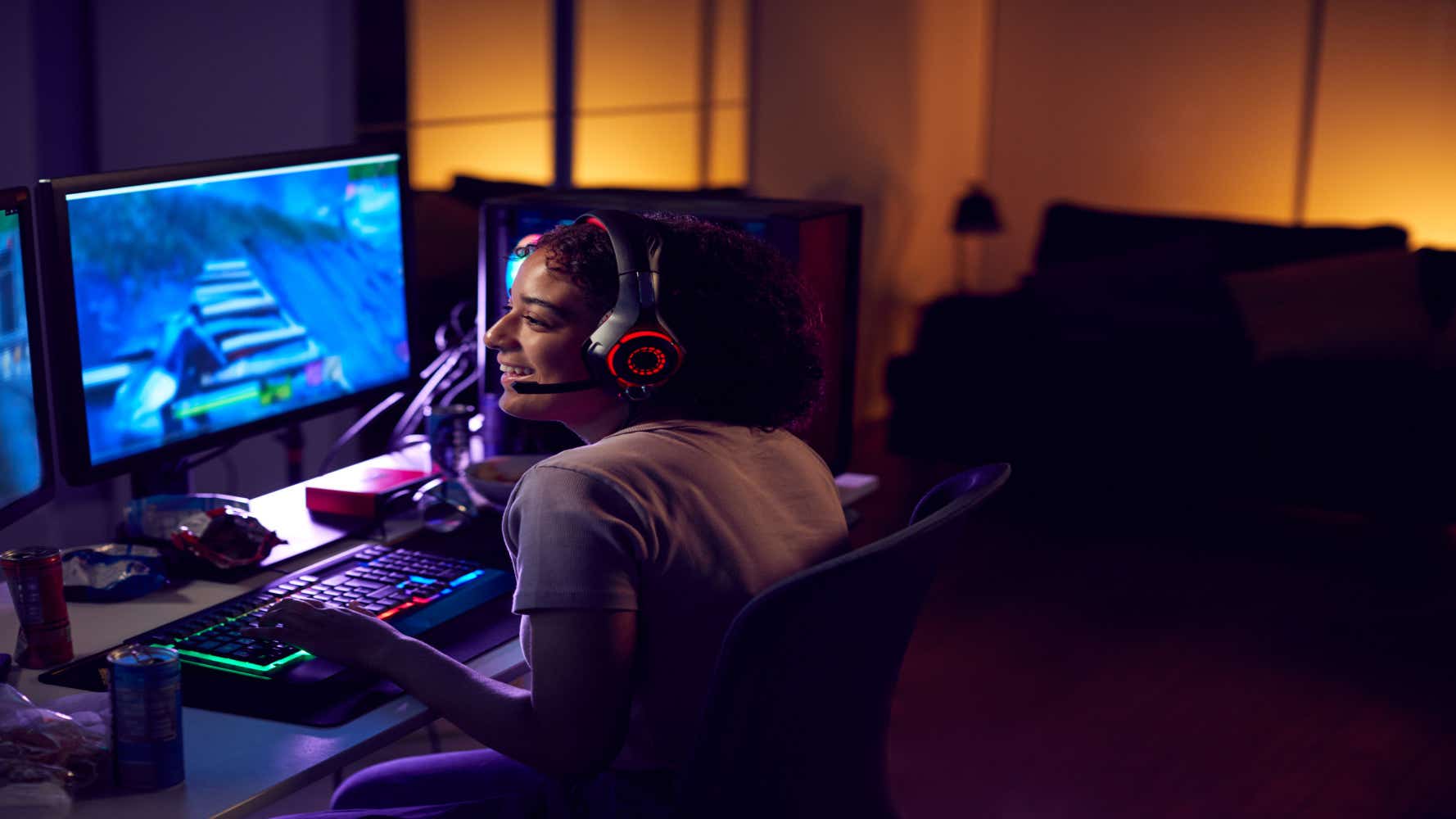 Video game downloads: how to speed up your console - Uswitch

Bored waiting for video games to download on your console? Try these top tips to speed up downloads on your PS5, PS4, Xbox and PC devices. 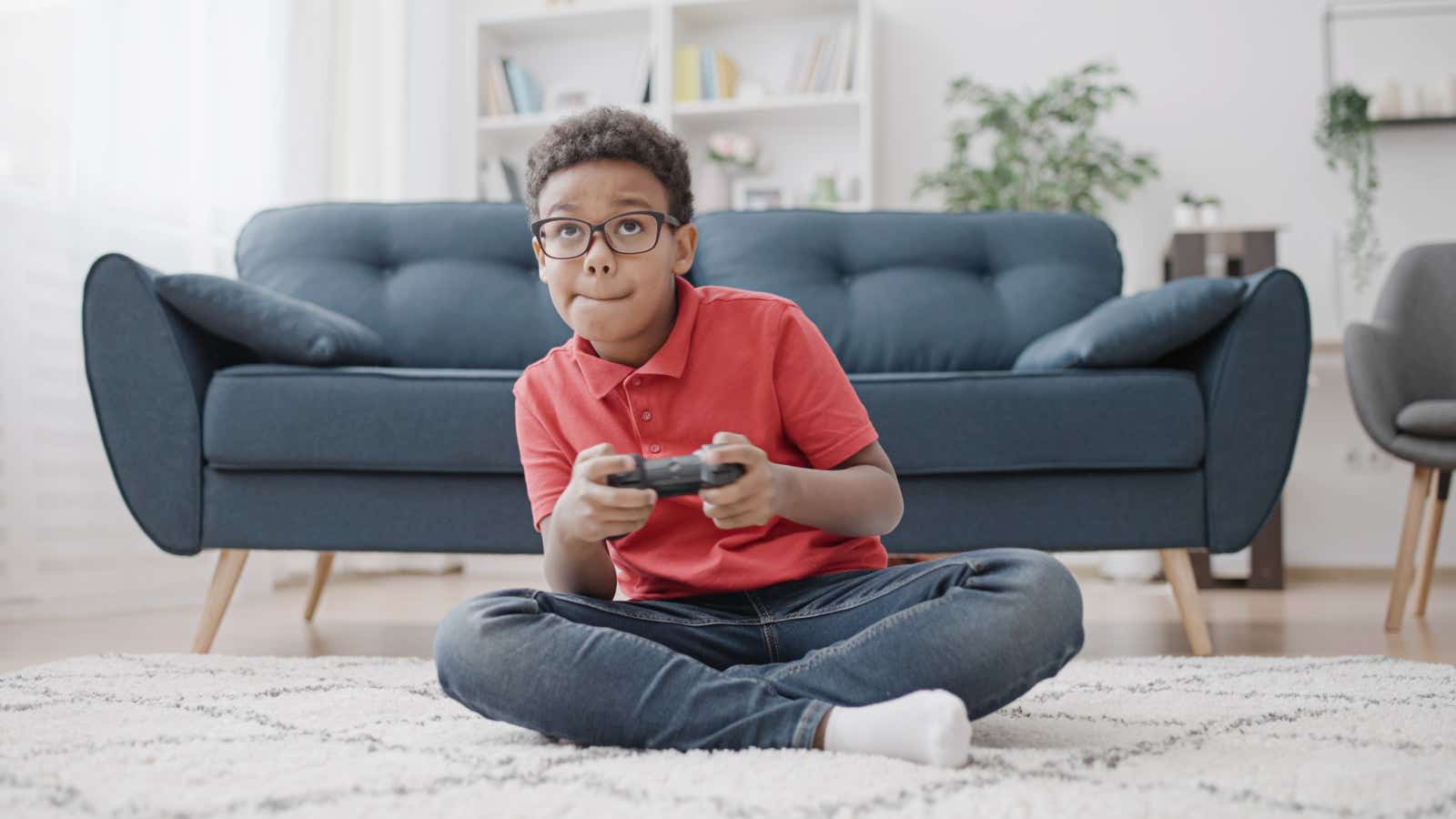 If you're looking to buy a console for your children, there's a lot to consider such as prices, security and the number of child-friendly games. So which is the best games console for kids? 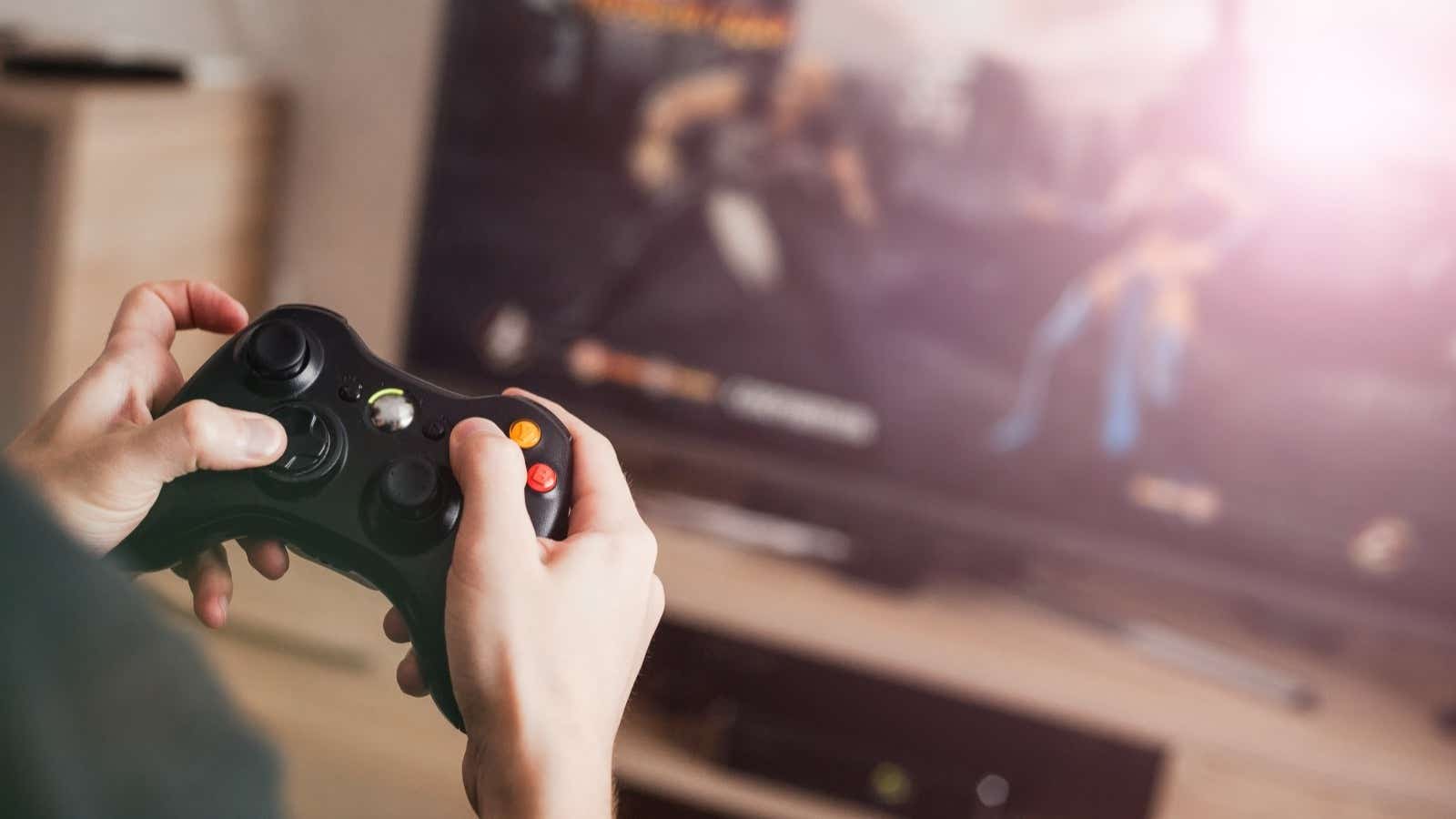 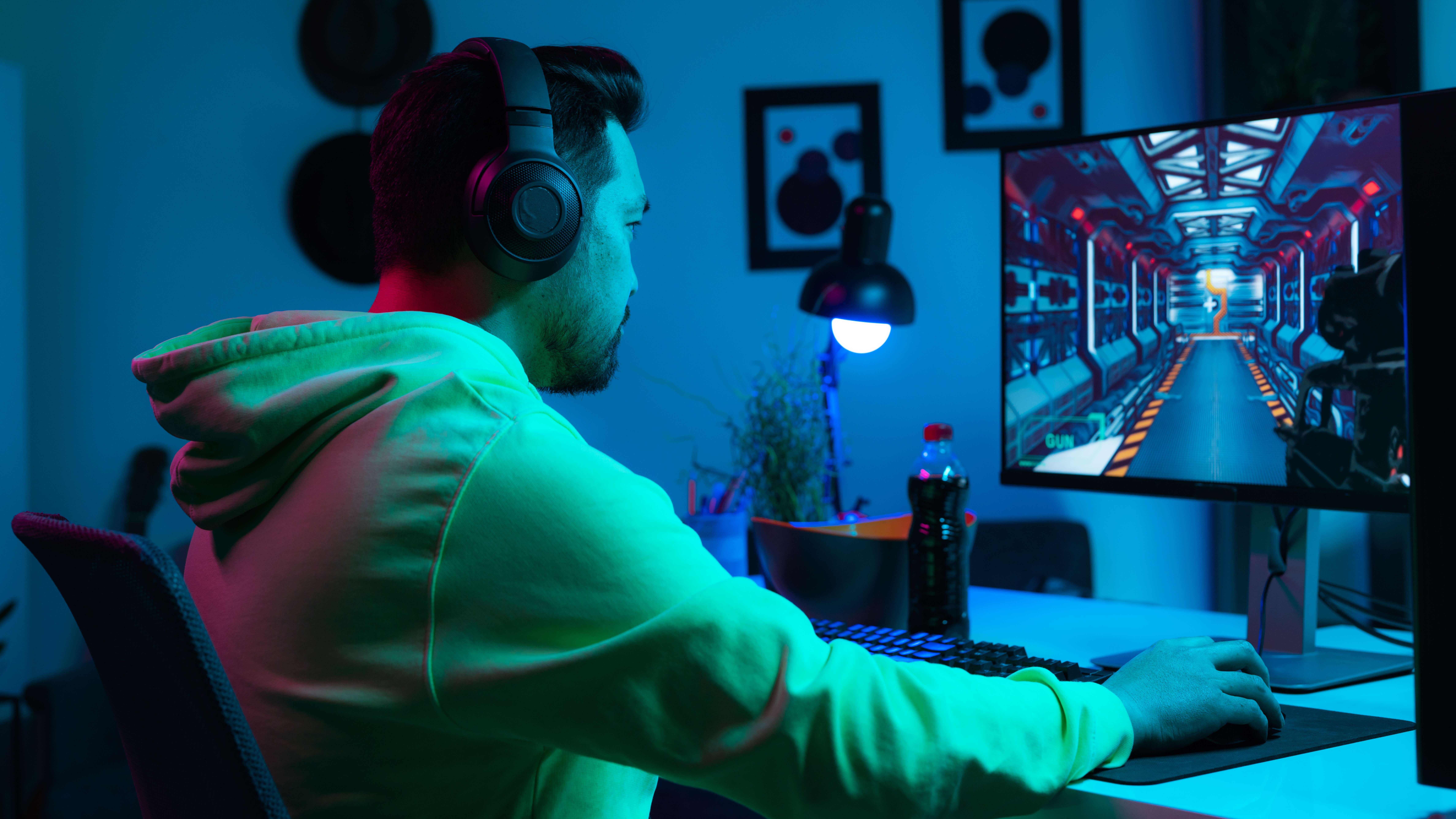