The UK has plenty of great sights to see from behind the wheel, with countless famous landmarks scattered across beautiful countryside.
Share this guide 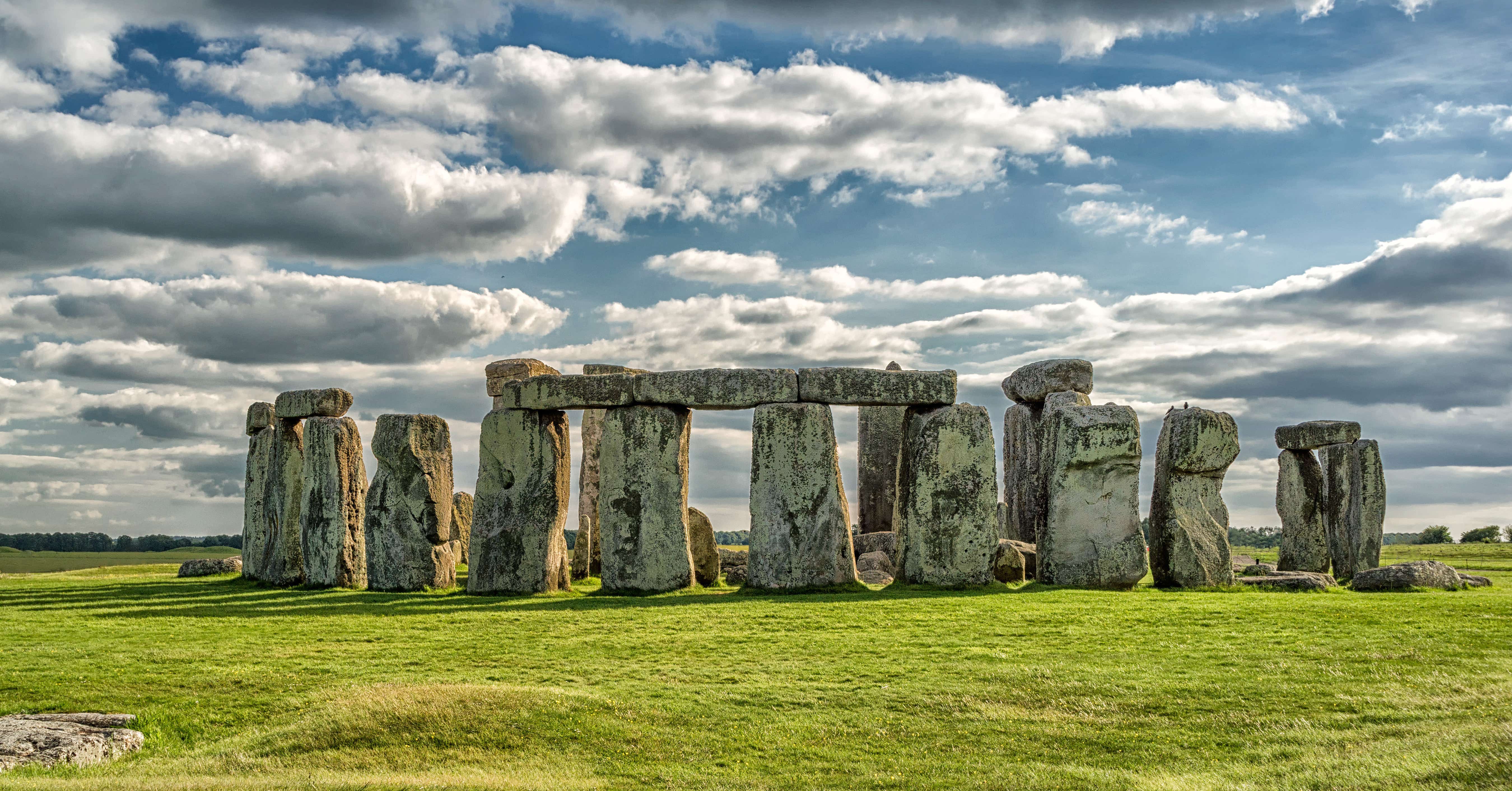 With restrictions now eased in most areas of the UK, you might be itching to get out and about again but still feel uncomfortable going to busy tourist locations. At Uswitch we have found a way around that. As long as your MOT and car insurance are valid, you can hit the road with Uswitch’s Top 10 UK landmarks list – the best famous, free sights to see from the comfort of your car.

Starting down in Dorset, you can find this huge 180-foot hill carving near the quaint Dorset village of Cerne Abbas. The carving is thought to be modelled on Hercules, though its full origins are still unknown. Scholars continue to debate its history and significance, a mystery that has added to the appeal of this piece over time.

The giant can be easily seen from the special viewing car park, so you don’t need to get out of your vehicle to get the best spot. You can reach the car park on the A352, just off the A37.

Staying in the south of England, you can spot Stonehenge from the A303 two miles west of Amesbury. This prehistoric structure is one of the most recognisable landmarks in the world and was made a UNESCO World Heritage Site in 1986. Its construction is dated from between 3000 BC and 2000 BC, though it remains an iconic part of British history.

Stonehenge is in the middle of the picturesque Wiltshire countryside. When driving west on the A303, you can see Stonehenge on your right side. Spotting Stonehenge from the road is not a difficult task, due to the flat nature of the land around the monument, so you won’t miss it.

This one requires a bit more driving, as it is not just in a single location. The ideal candidates for roadside attractions, these eight chalky hillside engravings initially numbered as many as 24 across Britain. Of the few still visible today, some are believed to date back 250 years.

The horses are scattered throughout the Westbury, Cherhill, Marlborough, Alton Barnes, Hackpen, Broad Town, Pewsey and Devizes areas. To see them, we recommend driving around these scenic areas with a passenger keeping an eye on the hillsides to spot the iconic carvings.

This south Wales landmark was built in 2010 to commemorate the 50th Anniversary of the Six Bells mining disaster, when 45 miners died. The 20-foot sculpture of a miner looks over the former colliery site in the Six Bells neighbourhood of Abertillery and is made from 20,000 strips of welded together COR-TEN weathering steel, a material that allows a protective rust to form over it. From afar the figure appears almost transparent, then more solid as you draw closer.

To see this sculpture, drive to the town of Abertillery and look south. For a closer look, head further south down the A467.

The Penshaw Monument is a piece in the style of an ancient Greek temple, based on the Temple of Hephaestus in Athens, and made using local gritstone. You can find it in Penshaw, a village within the Sunderland metropolitan area. The structure was completed back in 1845 and can be seen from up to 50 miles away. It is often seen as a symbol of north-east England. It is a beautiful, simple monument that is well worth a visit.

To catch a glimpse, head up the A1(M) towards Newcastle, or turn off onto the A195 to get a better look. If you’re heading north on the A1(M), you should also be able to tick off our next sight.

Angel of the North (Gateshead, Tyne and Wear)

Created by Antony Gormley, the Angel of the North is one of the UK’s most famous pieces of art. The striking structure watches over the surrounding landscape and is considered an iconic part of the UK’s public art collection and a symbol of the north of England.

The construction project began in 1994 and attracted some controversy, but the artwork’s popularity and cultural significance has only grown since its completion in 1998.

Hadrian’s Wall, also known as the Roman Wall, is a former defensive fortification built to guard the north-west frontier of the Roman province of Britannia. It stretches a total of 73 miles, with plenty of remains of forts and towers along the stretch, and is a major ancient tourist attraction.

The A69 between Newcastle and Carlisle runs parallel to part of Hadrian's Wall and is a great route to see a good chunk of the structure. There is a Hadrian’s Wall tourist route on this road, starting from Brampton in the west. The route is marked with a Roman helmet symbol on the roadside.

Just outside Glasgow, heading towards Stirling and Falkirk on the M80, you will pass by Arria, a 32-foot-tall mermaid sculpture. This sight to behold was created by Andy Scott, inspired by the name of the nearby town of Cumbernauld, a Gaelic saying meaning “the coming together of waters”.

This sculpture overlooks the northbound carriageway on the M80 motorway, just north of Auchenkilns. Arria stands upon a hill by the road, so there is little chance you will miss the statue from your car.

Bass Rock is an island in the outer part of the Firth of Forth in the east of Scotland and is actually an uninhabited volcanic rock. It is 351ft tall at its highest point and is 320 million years old. The rock is home to the largest northern gannet colony in the world – making it a great spot for bird watchers. You can also spot shags, guillemots, razorbills and puffins, plus a few seals on and around the island.

To see this outstanding piece of natural beauty, get on the A198 coastal road east of Edinburgh. Near the popular tourist town of North Berwick you will be able to see Bass Rock just off the coast. This road is also home to Tantallon Castle, so there is much to catch your attention here.

We hope this list has inspired you to take in the beautiful sights that the UK has to offer while on the way to a staycation or as part of a road trip. Don't forget, if you're sharing your drive with others, make sure they are included in your multicar insurance policy.

“The UK is home to a number of historic and beautiful landmarks, from man-made art sculptures to natural wonders. Fortunately, so many of the best examples can be seen from the road.

“We would always advise drivers to be cautious of others on the road and avoid getting distracted when passing these impressive sights. Many of these landmarks have designated parking areas where you can pull over and take a break while admiring the views.

“Around these great attractions, it is also worth being mindful of tourists who may not be familiar with UK road etiquette, signs or rules. Giving extra space to other drivers and timing your journey to avoid busier times could make a big difference.”