The most fuel-efficient and economical cars

Find out how to cut your vehicle’s fuel bill with a guide to the most economical and fuel-efficient cars.
Share this guide

Most fuel-efficient and economical cars

Petrol prices are expected to continue rising. After increasing sharply following the lockdown of spring/summer 2020, a 10-year freeze on fuel duty is being considered by the UK government. 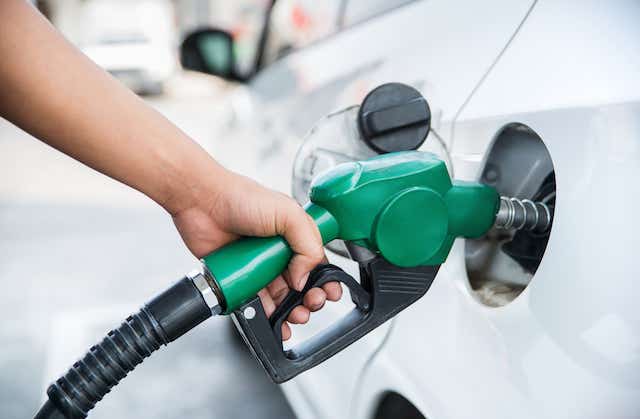 While car insurance can be one of the most significant costs of running a car, there are ways of saving on your car insurance, including comparing quotes:

But if you’re serious about saving you can cut your driving costs by considering a fuel-efficient car.

Fuel efficient cars will also save you money because:

Finding the most economical car

If you are wanting to save money on your car’s fuel bill you might want to consider looking at some of the most efficient fuel-efficient petrol, diesel, and hybrid cars available, or even an electric vehicle if you’d like to cut your fuel costs altogether.

What is the most efficient car?

How efficient your car is also one that is driven in an economical way. The Energy Saving Trust has some tips on eco driving for UK drivers.

You also don’t need to warm up your car - and switch off your engine if you are stuck in a traffic jam as idling your car wastes fuel and energy.

The most fuel-efficient petrol cars

This is the second version of the Ignis and is also available in a hybrid version. It’s a compact SUV at 3.7 metres long, 1.69m wide and 1.6m tall.

The UP has a rear-mounted engine and rear-wheel drive, the latest version includes the addition of a turbocharger.

Petrol-engine versions of the Citigo are now available only on the used market, because the car has been overhauled to become fully electric

The Baleno was launched to rival the Ford Fiesta and Skoda Fabia, which is more efficient than either of them in its 1.0-litre form. The Baleno is no longer on sale, but you can find used examples at very reasonable prices.

The most fuel-efficient diesel cars

While petrol cars are typically less fuel efficient than other options such as hybrid or diesel, there’s no shortage of economical petrol cars available, including these top picks:

The second-generation Peugeot 208’s 1.5-litre four-cylinder diesel claims to have a fuel economy figure of 68.9mpg.

The Clio comes a second close to the Peugeot by 1.6mpg and is powered by an efficient 1.5-litre four-cylinder diesel engine.

This eighth generation version of the hatchback boasts a turbocharged 2.0-litre four-cylinder and features a dual AdBlue injection system and an additional catalytic converter, which limits the engine’s emissions to just 108g/km of CO2.

The Yaris Hybrid includes light controls, a tight turning circle and well controlled ride, it is rated as a “fine city car”.

The Prius is the most famous hybrid of them all and is still considered one of the most economical.

The Kia e-Niro’s 64kWh battery pack enables it to comfortably travel 230 miles on a single charge.

The all-electric version of the 208 has been named What Car’s car of the year 2020  and has a  50kWh lithium-ion battery, giving it a range of 211 miles on a single charge.

How to save on car insurance

As well as choosing a more fuel efficient car there are other things you can do to reduce the cost of your car insurance.

There are some things you can do that may reduce the cost of your car insurance:

Having a black box fitted means your driver behaviour is monitored. The telematics box reports on how you accelerate, brake and negotiate sharp bends as well as what time you drive and on what sorts of roads.

The data is analysed, and if your scores are positive, your car insurance may be discounted over time.

If you drive fewer miles in a year this could result in a lower car insurance premium.

Parking in a private driveway

Parking in a private driveway or garage can also attract a discount. Car insurers may take into account where you park, depending where you live.

If your driveway is cluttered with cars, you may want to consider a multi car insurance policy

Choosing a car from a lower insurance group

The lower the value of the car and the cheaper it is to repair, the less car insurance you may have to pay.