IFA 2020 has been a slightly different affair to usual due to the Coronavirus pandemic. While the organisers of the world-famous tech trade show have broken with recent trade shows like MWC 2020 and not cancelled the event, the show undderstandably had a much lower physical attendance than usual, with many exhibitors choosing to hold virtual presentations instead.

While the attendee numbers may have been down on last year’s numbers, there was no shortage of new tech on show. From new phones to portable speakers, to new tech to fix up your TV, there was a lot of innovation on display. Let’s have a look at some of the best in show. 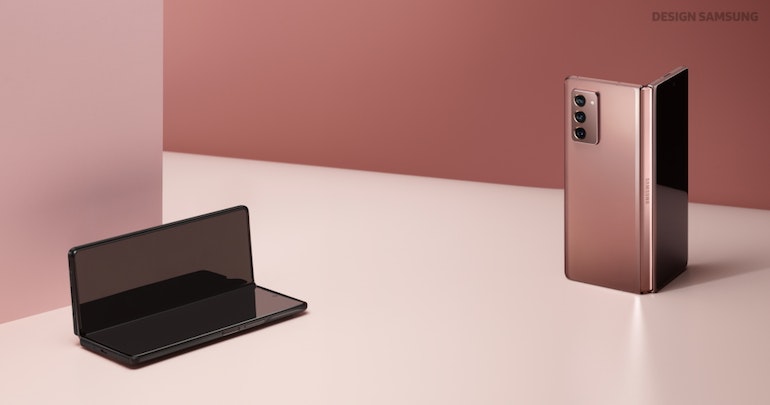 Fresh on the heels of the Samsung Galaxy Note 20 comes the Galaxy Z Fold2, Samsung’s latest folding phone. Believe it or not, the £1,799 asking price is actually less than its predecessor, the original Galaxy Z Fold. Despite that, it’s better in practically every way: the two screens are bigger, the finish feels more premium, and there’s more power inside.

It works much like the original Galaxy Fold. It looks like a traditional smartphone, with a 6.2-inch screen. But it opens up like a book, revealing a 7.6-inch screen on the inside.

The big draw? You can use it like a normal smartphone, then open it up for tablet-style use for bigger-screen tasks like watching videos, gaming or navigating a map. You can also multi-task with two apps in split screen. Bingeing Netflix while checking your social feeds for anyone watching along? Yes please.

The hinge mechanism has been revamped to be more reliable (not to mention dust-free) than the original, which had to be recalled due to malfunctions. And it’s 5G, for super speedy web browsing and downloads.

Pre-orders are open now, and it starts shipping on 18th September. 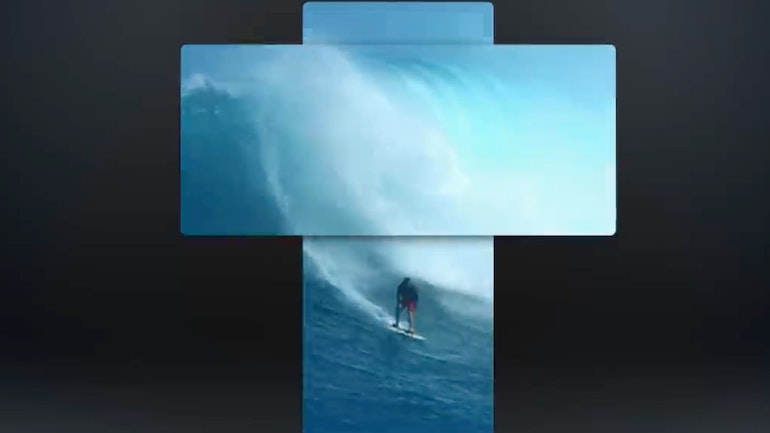 Phones with two screens are nothing new. (Rare, admittedly. But new? No.) But phones with rotating screens? Now we’ve seen it all.

The LG Wing has a second screen that rotates out from portrait mode to landscape. Why? Well why not?

It’s a problem plaguing all modern smartphones: how do you have a selfie camera without taking up some of the screen? Until now, the only option has been to shove it into a notch or thick bezel, which really ruins the look of the phone. Or have a novelty pop-up mechanism, but we can’t see that catching on.

This new ZTE phone sets a new benchmark in screen tech: it’s the first in the world with a selfie camera built under the screen. That means you get all the benefits of a front-facing camera – hello cocktail hour selfies – without an unsightly blot on the screen.

The 5G-ready phone has only been announced for China at the moment. Fingers crossed it makes its way to these shores soon. 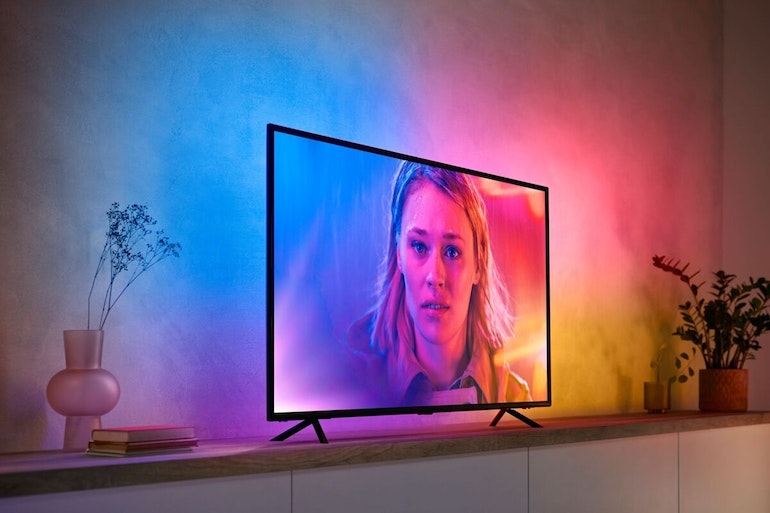 That’s thanks to Philips’ Hue Play, which attaches to the back of any TV sized 55 inches or larger. You will need some extra gear, however: namely a Philips Hue Bridge (which also acts as the hub for all the Hue smart lights dotted around your house) and a Hue Play HDMI sync box. 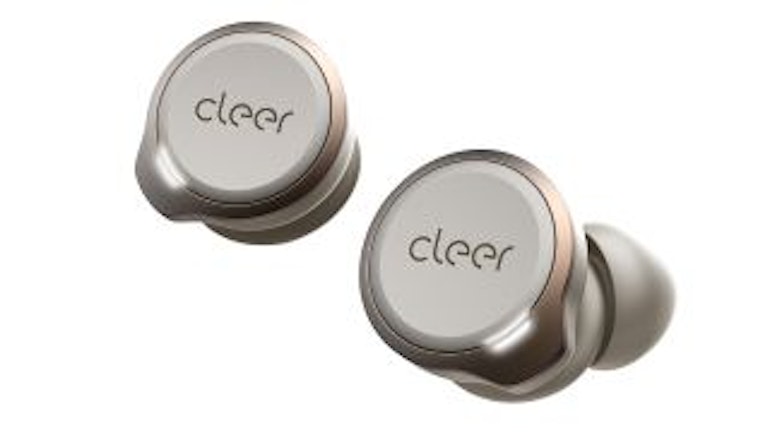 You might not have heard of Qualcomm, but chances are your phone uses one of its chips. They power most of the major smartphones, including Samsung’s, as well as most of the wireless earbuds that are becoming more and more popular. And now Qualcomm is revamping the latter category with new noise-cancelling tech.

It’s called Adaptive Active Noise Cancellation, and it alters the earbud’s output depending on how it sits in your ear. That should mean better noise-cancelling for those without a tight seal with your ear. So blocking out unwanted noise won’t have to mean feeling like you’re having internal ear surgery.

It will also vary performance depending on whether you’re on a handsfree call or listening to music.

Hopefully, it should mean true wireless earbuds can outperform the AirPods Pro. Though in our experience, that will take some doing... 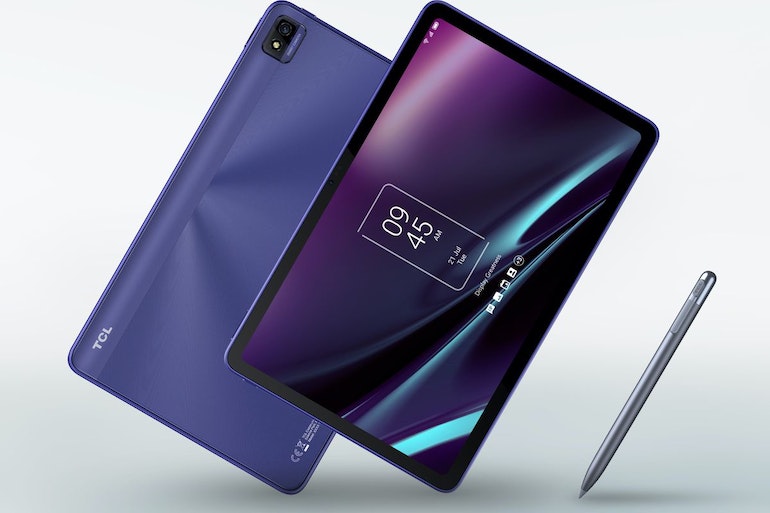 TCL’s new 10-inch tablet is a mid-range model that comes with a stylus. It’s also one of the few tablets that comes with a kids’ mode, which should give parents peace of mind that the little ones aren’t looking at inappropriate content. Or racking up a huge bill on in-app purchases.

Its main rival in this space is the Amazon Fire range of kids’ tablets, which come with a rubberised case for protection. But while Amazon’s are intended as for kids first and foremost, TCL’s is a device for adults that kids can use too. Its far-field microphones make it handy for video calls – ideal if you’re working from home – and it comes as a 4G model as well as Wi-Fi only.

Oh, there’s an 8-inch model too, called the TCL 10 Tab Mid. Look out for both closer to Christmas. 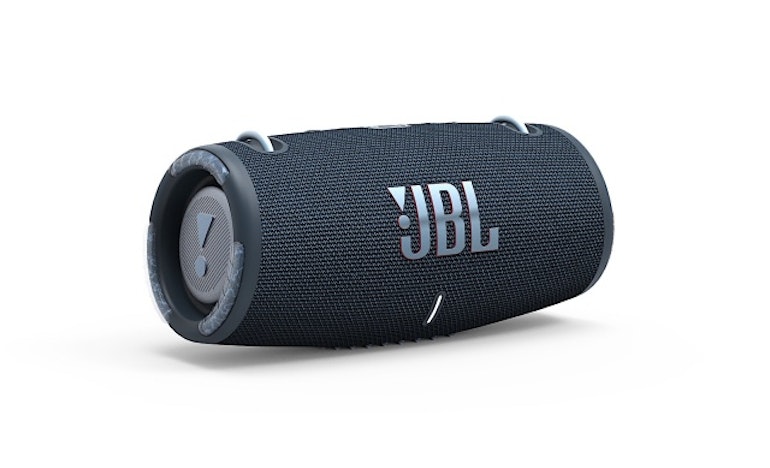 JBL is one of the biggest names in wireless speakers. Its products are rugged as heck, able to survive anything you can throw at them. And the Xtreme 3 is no different.

It’s impervious to dust and water, and it has a neat carry handle for lugging it around. It can charge your phone too, if you’re running low on juice while out and about. And you can join up to 100 of them together wirelessly to create enough sound to wake up the neighbours six roads over. Xtreme by name, Xtreme by nature. 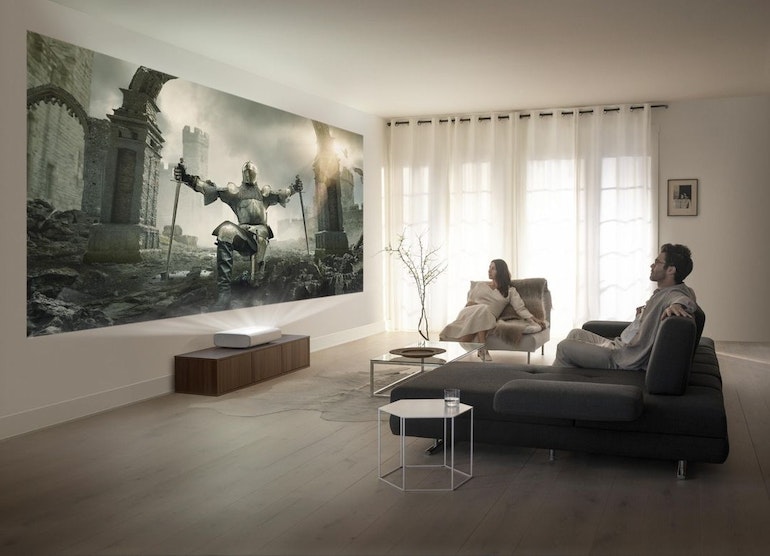 This is no ordinary home cinema. It’s the world’s first projector to support HDR10+, which is one of the more advanced formats of HDR. (HDR stands for high dynamic range, a technology that enhances the difference between the light and dark parts of the picture, giving it more depth.) 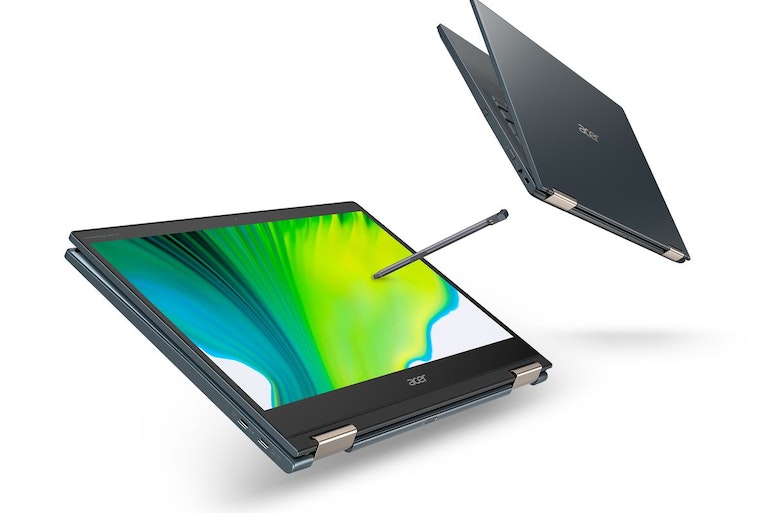 And this is no ordinary laptop. It’s the first to feature Qualcomm’s Snapdragon 8cx Gen 2 5G chip. Which, as the (rather long) name suggests, means it has 5G for super speedy web browsing and downloads. Fancy watching Netflix in 4K? That shouldn’t be an issue with this on your lap.

But that’s not its only selling point. The screen flips around so you can use it as a tablet, even doodling on it with the bundled stylus. And the battery lasts a marathon 24 hours. Perfect for bingeing Netflix in 4K. 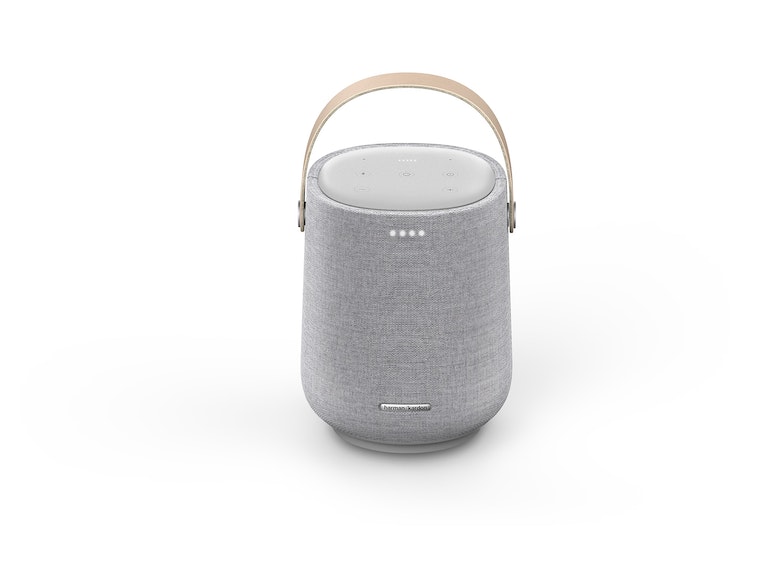 Harman Kardon has been making hi-fi gear for donkey’s years, and just like its ‘serious’ kit, its wireless speakers are some of the best around. This £300 speaker comes with a carry handle for moving it from room to room (or garden, or park), and can stream HD music over Wi-Fi or Bluetooth should you stray from home.

An eight-hour battery life should be sufficient, it’s splashproof, and Google Assistant onboard means you can speak to control it. It could well be your next party companion. 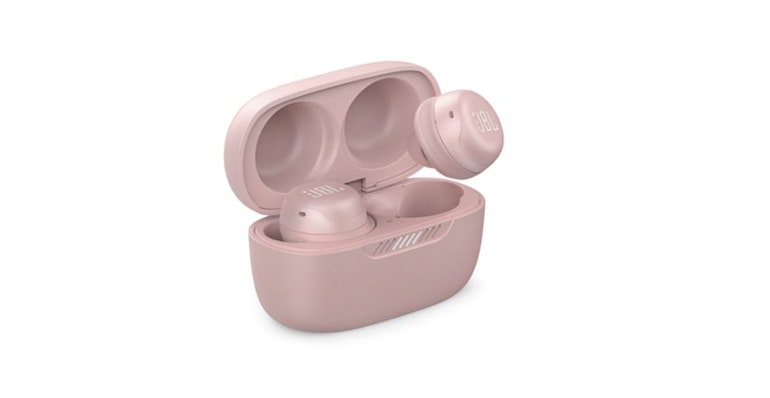 Sure, you could spend hundreds on a pair of AirPods. Or you could pay £140 for these very decent-looking JBL alternatives.

Just like Apple’s earbuds, they have a carry case that doubles as a portable charger, and like Apple’s pricier models, there’s noise cancellation onboard for blocking out unwanted noise. Dual Connect + Sync is a rather natty feature: it lets you assign different jobs to the left and right earbuds. So you can take a call in one ear while still listening to music with the other.

Distracting? Maybe. But ideal if you need to zone out from a conference call.

Look out for them in October.