Accidents happen. And for years the worst thing that could happen to your smartphone was being exposed to water, by being dropped in the bath or even just when rainwater seeped through its outer casing.

Thankfully, mobile-manufacturers have cottoned onto this fact of life and have started creating handsets that can withstand a bit of water, whether that’s just a splash of rain, a short dip in the bath or being plunged into pint glasses.

Ingress Protection ratings: how waterproof is the phone you’re looking at?

Phones that are waterproof or water-resistant are given an Ingress Protection (IP) rating. These are made up of two numbers and look like this: IP 53, IP 65 and IP 67.

The first number after ‘IP’ indicates how protected the phone is against dust and dirt. ‘1’ ranks as no protection and ‘6’ or above means the device is completely dust-proof.

The second number indicates moisture protection. In this instance, ‘1’ means the device can’t withstand any water, while ‘9’ tells you it’s fully protected from prolonged periods of immersion under water.

Here’s our pick of the best waterproof phones, along with their IP ratings.

Get a more complete look at IP ratings

Sony has long been known for producing waterproof phones that don’t look bulky or ugly.

The Xperia XZ Premium is the best example and can withstand 30 minutes of being immersed in fresh water at depths of as much as 1.5 metres.

But take note: Sony advises users to exercise caution and not take their phones diving or swimming in the sea. But when it comes to taking underwater photos in the pool and withstanding a bathroom mishap, the Z5 Premium is as good as it gets.

Get the Sony Xperia XZ Premium.

A few weeks after its release, Apple’s iPhone 6s was discovered to be water-resistant, with its internal components protected to ensure any minor drops or spills didn’t render the device unusable.

Apple didn’t actually announce that feature though, meaning iPhone 6s owners may void their warranty if they incur water damage.

Last year’s iPhone 7, however, can withstand brief periods in 1.5 metre deep water. But that’ only water. Beer, Coke or seawater are different matters entirely.

Splashes and quick immersions should be fine, but don’t go dunking your phone down the pub to show off. It may not survive. 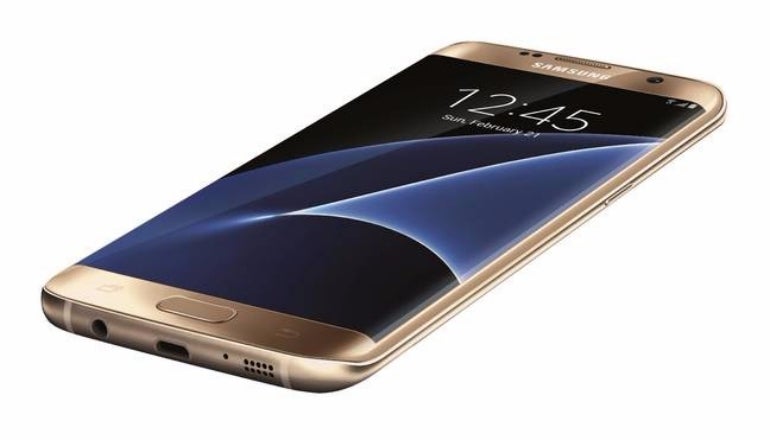 Samsung’s Galaxy S7 and Galaxy S7 Active have a higher IP rating than the iPhone 7. However, the Korean company counsels that water shouldn’t be actively sought out by those looking to put the phones’ resistance to the test.

Like the Xperia Z5, both Samsung phones can handle being immersed in five feet of water for as much as 30 minutes.

The real draw, however, is the fact that these are top–end smartphones that can handle splashes and spills but still look sleek.

The X in the Moto G (2015)’s rating means it cannot officially withstand dust and dirt. But the 7 means it has a very high water resistance, holding up well in a metre of water for half an hour.

The reason it makes our list is the fact it’s a budget handset, unlike those in positions one, two and three in our rundown.

Bargain phones that can take a bit of punishment are hard to come by, especially ones with the latest Android software.

Find a good deal for the Motorola Moto G

Samsung’s entry-level Galaxy A5 has the same IP rating as its top–end stablemate the Galaxy S7, but without the same top–end price tag.

If you want a new phone with great features, a solid camera and the ability to handle nasty scrapes, it’s hard to beat the A5.

Phones you might assume are water resistant but aren’t

Although waterproofing is becoming increasingly common on smartphones, that’s not to say that it’s a standard feature in all new phones. Far from it, in fact.

Motorola’s Moto G (2016) isn’t waterproof, unlike its 2015 predecessor. So make sure you buy the right model if you put hardiness over futuristic features.

HTC is also lagging in the waterproof stakes. Its HTC 10 can’t handle splashes and neither can its new U Ultra or Play devices.

Need a SIM only deal to go with your new phone? We've picked out some of the best value SIMs