CES stands for Consumer Electronics Show – it’s the world’s biggest tech show, and takes place in Las Vegas every January. But not this year. The coronavirus pandemic has meant that CES 2021 is a strictly virtual affair, with conferences, demos and briefings all held online. Thankfully, it’s still jam-packed full of cutting edge tech.

Whether it’s the coolest new smartphones, next-gen telly tech, smart glasses, lights for ridding your gadgets of germs, new headphones, in-car tech or even robots to help around the house, CES has something for you. Let’s see what’s new. 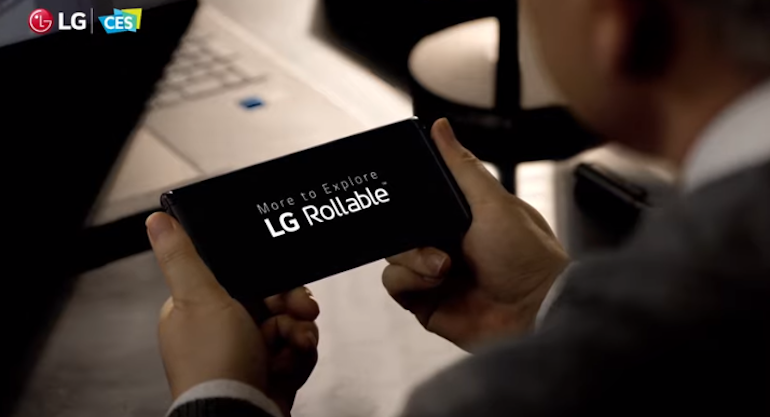 CES is always full of crazy gadgets, and this year is no different. But taking the prize for most outlandish has to be LG, with its rollable phone. That’s right, rollable. And you thought foldable phones were futuristic.

The screen rolls out like a scroll, so it can become bigger or smaller depending on what you’re using it for. There are no details on what sizes will be possible, but it should transform from a smartphone size to that of a small tablet. Which is pretty amazing.

And useful, too. You could make the screen longer for browsing a social media feed, for example, or make the device more widescreen for watching a film.

Even better, it will actually launch this year. This is no pie-in-the-sky concept, but an actual phone that will go on sale in 2021. This year, things are looking up already. 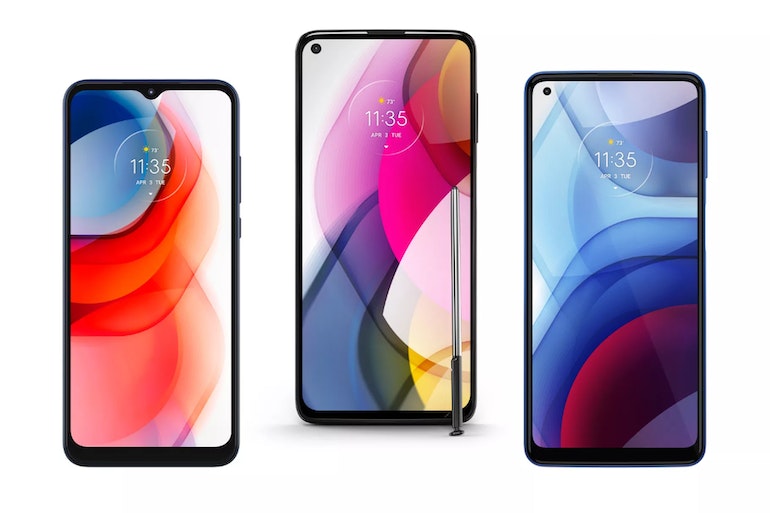 There’s a new Moto G in town – or three new Moto Gs, to be exact. And as anyone who remembers the previous Moto G ranges will tell you, that’s reason to be excited.

Why? The Moto G was one of the first phones to pack really good specs into a highly affordable package. And with the economic fallout from the pandemic really starting to bite, that’s more welcome than ever in these belt-tightening times.

The Moto G Play is perhaps the most tempting of the bunch. It packs a whopping 3GB of RAM (a lot for a midrange phone) and a massive 5,000mAh battery that Motorola claims should give you three days of run time. That’s going back to the days of the Nokia 3210.

The G Power offers the same size battery, slightly bigger screen and more powerful processor, while the G Stylus adds a stylus to the mix, letting you write, sketch and doodle on screen. Its battery is a bit smaller, but still good for two days before needing a recharge. 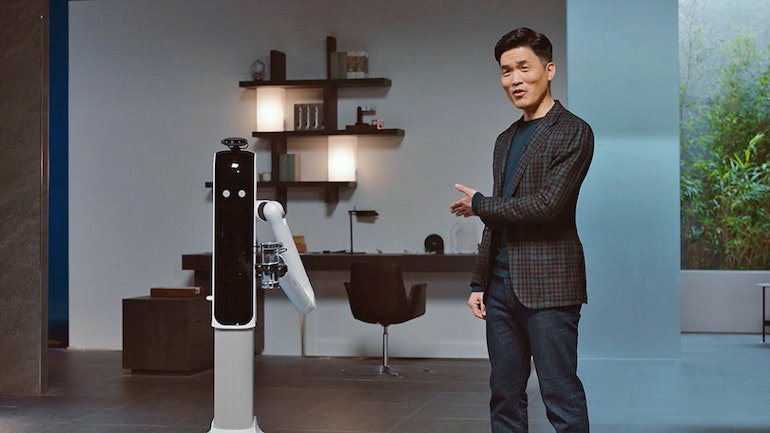 It wouldn’t be CES without a robot or two. And here are two from Samsung. First up is Bot Handy, which is the robot butler we’ve always wanted. Thanks to its extendable arm complete with gripper, it can load the dishwasher, lay the table and even pour you a glass of wine. It can identify objects thanks to a combination of built-in cameras and AI smarts. Then it can determine the right amount of force to grip it with, so it doesn’t shatter a wine glass when it goes to top you up.

Then there’s Bot Care, which is more of a personal assistant. It will learn your behaviours and remind you to carry out certain tasks (“Don’t you usually have a cup of tea about now?” or something like that). It can also hold video calls using its built-in screen.

These are just in testing for now. But considering how smart some of Samsung’s robot vacuum cleaners are getting, it shouldn’t be long before we have a robot butler to call our own. 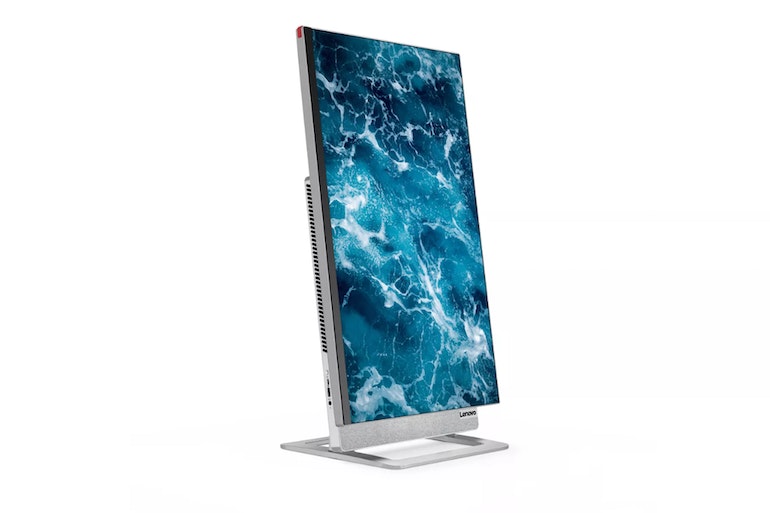 For many of us, home working has become the new norm. And with no boss snooping around, there are more opportunities than ever for sneaking a cheeky look at your phone. Well with this computer, you don’t need to – it rotates to portrait mode, so you can scroll Twitter or watch TikTok videos how they were meant to be seen.

External monitors have had this feature for years. But this is the first all-in-one PC that we’ve seen that can do it.

The 27-inch screen is a really good size, though chances are you’ll need a dedicated desk rather than just a corner of the dining table to fit it. There’s also a software update in the works that will turn the AIO 7 into a full fledged 4K TV. It’s all your devices rolled into one.

If you thought smart glasses died with Google Glass, think again. Thanks to MicroLED tech, these have ultra small projectors fitted to both sides of the smart glasses, beaming a stereoscopic image onto both lenses.

in other words, virtual graphics overlaid onto your view of the real world. So you could see directions, read text messages and even watch videos, all while doing something else. Amazing.

They support gesture controls too, so you can just wave your hand to control them. And – crucially for wearable tech – they even look like something you would like to be seen wearing. Look out for them this summer. 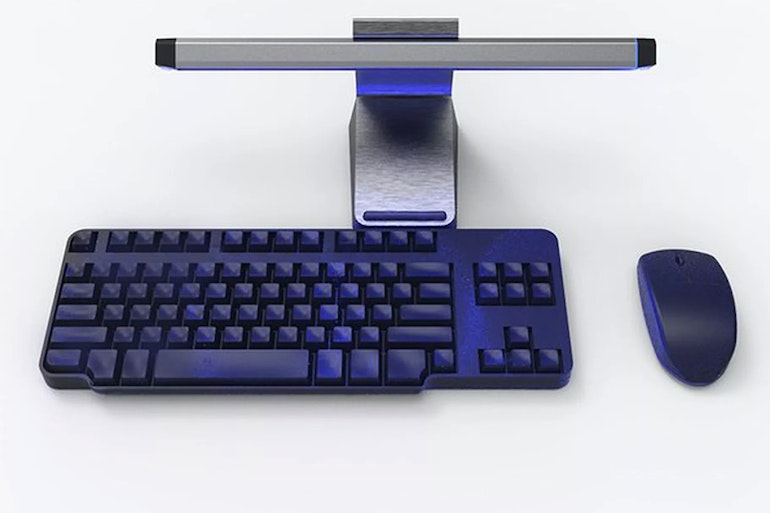 This is possibly the most 2021 gadget ever. It’s a light that shines UV-C light on your keyboard and mouse, ridding them of any nasty microorganisms that might be lurking. You don’t have to do anything: it automatically turns itself on for five minutes every hour, and even waits until you’re away from your desk so it doesn’t disturb you (it has motion sensors to sense when you’re there).

Even a year ago, this would have been dismissed as only appealing to the most paranoid of us. Now it’s looking like a wise investment. 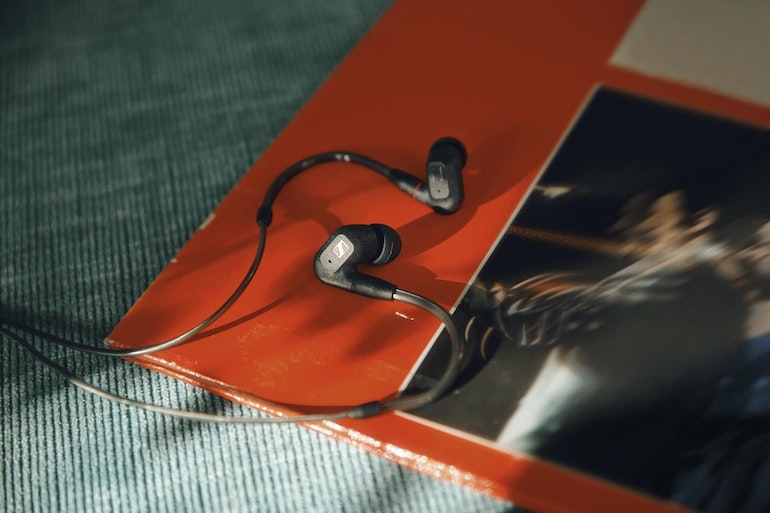 German brand Sennheiser makes some of the finest headphones around – it also makes professional microphones for studio singers, so it knows a thing or two about sound quality.

The IE 300 are some of its best yet. There are no bells and whistles here – no wireless, no heart monitoring, no noise cancellation – just a focus on good, old fashioned sound quality.

A host of improvements inside mean they should sound suitably premium, while the flexible ear hooks and silicone and memory foam ear pieces should provide a snug fit. They come with a carry case too, for when we can start going out and about again.

They will be available in March, and cost £259. 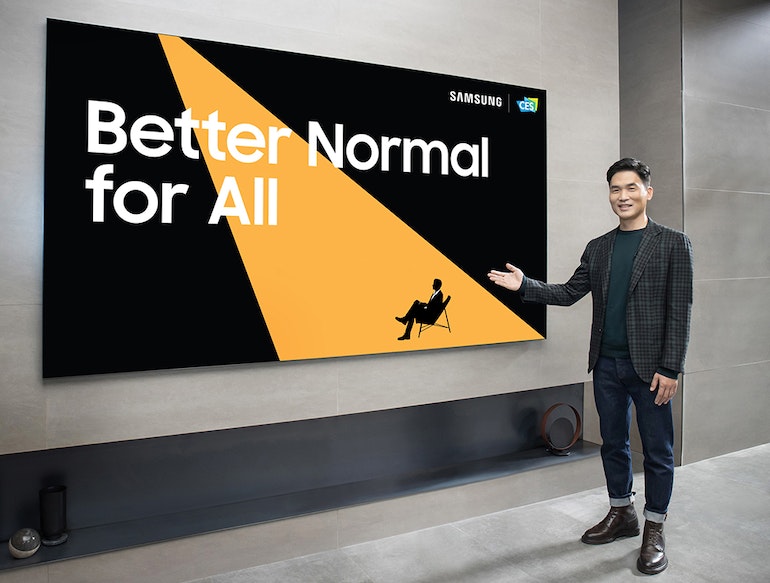 TV companies have been talking about it for a few years now, but now Samsung has announced the first MicroLED TV you can actually buy. Should you be minted, that is – it measures 110 inches across, and is thought to cost upwards of £70,000!

Still, when they first launched, OLED TVs were prohibitively pricey too. Such is the way with new tech. Expect to see smaller, more affordable MicroLED TVs become available in the coming years. Until then, this is a beacon of the high standards the technology can achieve.

This wireless speaker boasts two advanced audio technologies that should fill your room with sound. Sony 360 Reality Audio is a spatial sound format that allows for 360-degree sound – so it seems like you’re smack bang in the middle of a bubble of sound – while Immersive Audio Enhancement upscales stereo sound to mimic surround sound.

It can handle hi-res music files too, which are those encoded at a higher bitrate – basically, the files are full of more audio information, producing a higher quality sound. And it can tweak its sound to suit your room – just hold down the button and it’ll analyse its surroundings and adjust itself accordingly.

Voice controls come as standard too, thanks to Google Assistant, Chromecast built-in and Alexa device compatibility. It will even double as a TV speaker, with compatible Sony tellies. Look out for it next month. 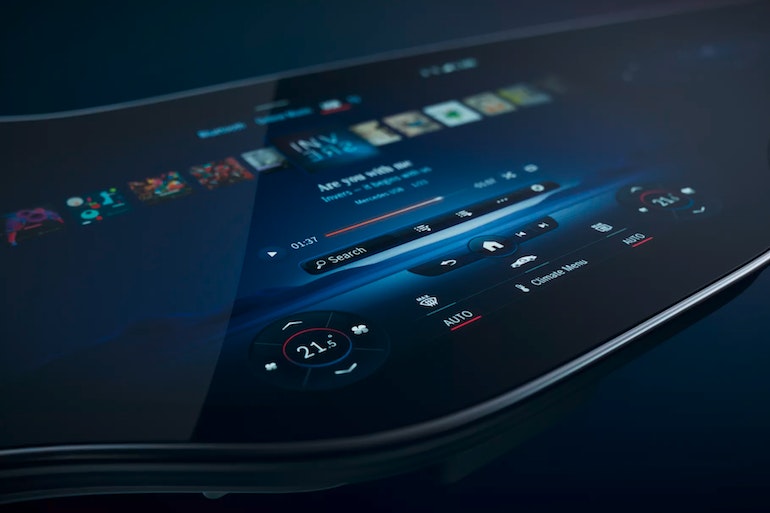 In-car tech is often a bit boy racer for our liking. But this new screen from Mercedes-Benz is worth your attention.

It’s massive. A gargantuan 56 inches large, to be exact. Which is bigger than most people’s TVs. That means it will span pillar to pillar across the whole front of the car’s interior. Ridiculous.

The one curved piece of glass contains several smaller screens that are all completely touchscreen – there’s not a physical button or dial in sight. It will make its debut in the EQS luxury electric saloon, which will go into production towards the end of the year. 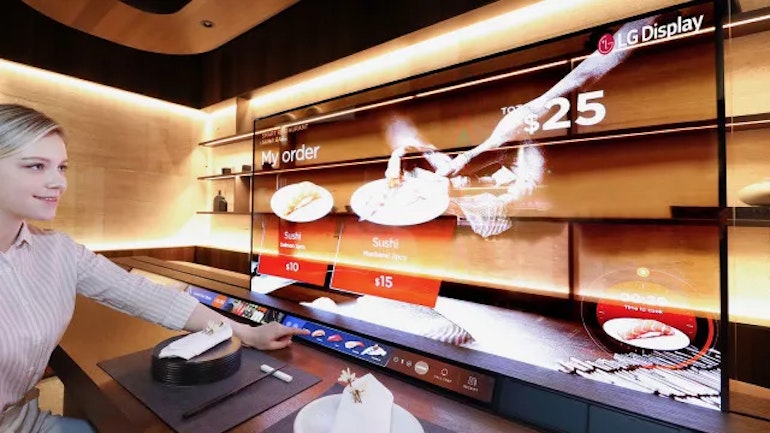 LG’s new telly is see-through. Why? Well, why not?

Seriously though, it could serve a vital role in a post-pandemic world. LG says a transparent TV could be used in a restaurant to serve as a physical barrier between customers and staff. Not only would it protect both diners and servers from infecting each other with respiratory diseases like covid-19, it could also let customers browse the menu and watch videos while waiting. And thanks to the transparency, customers could see through it to watch the chefs working in the kitchen, presumably to check they’re following proper hygiene procedures.

But that’s not all. LG also reckons it could work well in a bedroom – because a see-through screen is less imposing than a standard TV, it would be less of an eyesore in your palace of slumber. Always a plus.