Joe Svetlik - 28 May 2019 Last updated: 29 May 2019
Comment
Share
Tweet
Own a Huawei smartphone? This is what you need to know about the recent happenings between Huawei and Google.

Chinese smartphone maker Huawei is in hot water with western governments. The powers that be have accused the second biggest mobile maker in the world of spying and having close ties with the Chinese government, something Huawei strongly denies.

As a result, the US has effectively banned American companies from using the firm’s equipment in its telecommunications infrastructure. This has led to Google cutting off Huawei’s license to use Android, the world’s most popular mobile operating system.

So what does this mean if you have a Huawei smartphone? Read on, and we’ll explain all.

Amid rising tensions concerning an ongoing trade war between the two nations, the US is taking aim on Chinese companies. President Trump recently signed an executive order giving the federal government the power to block US companies from buying foreign-made telecommunications equipment deemed to be a national security risk.

The order doesn’t name any individual companies. But it’s widely seen as a move against Huawei, the Chinese firm accused of having close ties to its native government.

America’s argument is that the Chinese government could force companies like Huawei to install backdoors in its equipment to spy on mobile networks. Huawei denies this could happen.

This isn’t the first time the US has singled out the firm. Previously, the FBI and CIA warned US citizens not to use phones made by Huawei or fellow Chinese company ZTE due to spying fears. The US and China are also currently engulfed in a trade war, which has been raising tension significantly in recent months.

Why has Google banned Huawei from Android?

Following this executive order, Google cut off Huawei’s license to use Android. Google says it’s just complying with the executive order and is “reviewing the implications”.

In other words, Google will stop providing Huawei with technical support and collaborative efforts for Android and Google services.

That means Huawei has now been restricted to using the Android Open Source Project (AOSP). Huawei phones will still run Android, but they won’t be able to access mainstay Google apps and services that you would expect to see on an Android phone.

It also impacts on the phones’ security. Huawei will only be able to release security updates for Android once they’re available in AOSP. Typically, these come much later to AOSP, which could be worrying when it comes to security updates. However, Huawei has confirmed that its devices will remain safe from malware and security bugs.

In a statement, the Chinese firm said: “Huawei will continue to provide security updates and after-sales services to all existing Huawei and Honor smartphone and tablet products, covering those that have been sold and that are still in stock globally.”

What does it mean for Huawei customers?

At the moment, not much. Google has confirmed that the Google Play Store and Android’s security features will continue to be available on existing Huawei devices at least until 19th August. That’s when a temporary license that was granted to Huawei by the US government will expire.

It’s more likely to impact on future devices Huawei releases. These could lose access to key Google apps like Google Maps, Gmail and the Play Store. Potentially affected devices include the Huawei Mate 30, which is due for release in October.

Which Huawei handsets won’t be affected by the Android ban?

At the moment, the ban doesn’t affect any existing Huawei handsets. So for reference, that includes:

How have UK mobile networks reacted?

Will Huawei launch its own operating system?

It could well do. Huawei confirmed earlier this year that it was working on its own operating system, should it be banned from Android. However, this would lose the convenience and familiarity of Android. It could face closer scrutiny from regulators, seeing as Huawei would then control every aspect of the user experience. 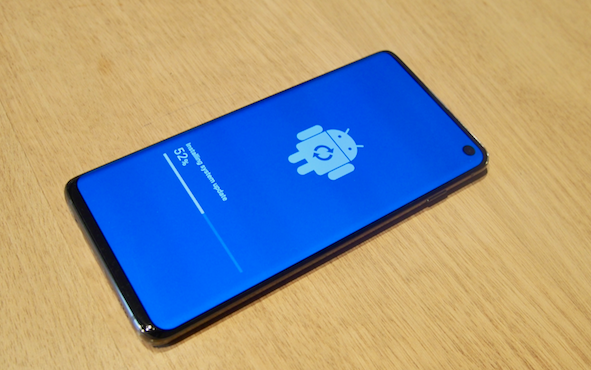