Huawei’s new, wallet-friendly P Smart does an awful lot for not much outlay. Available from £17 per month on Vodafone, it’s got a host of features you’d normally only expect to find on a much more expensive phone.

Not least is an iPhone X-style dual-lens camera that excels at portraits, and imbues them with a palpable, stunning sense of depth. And there’s a large, crisp display with a split-screen mode too, so you can do two things at once and really make the most of your time.

Powered by the Oreo version of Google’s Android operating system, it’s also got the latest software. Which means it runs super smoothly and significantly improves battery life, thanks to some very clever power management innovations.

Sound like a good buy? Read on and we’ll take a closer look at what it’s got to offer.

Take a look at a full range of Vodafone's P smart deals.

Prefer to use Uswitch's simple comparison tables to check out P smart deals? You'll find those on our dedicated comparison page.

Dual-lens cameras that allow you to take what photography enthusiasts call ‘bokeh’ shots are now de-rigeur on de-luxe smartphones. The sort that won’t leave you much change from £1,000. Or £50-plus if you pick one up on a monthly contract.

But you don’t have to pay out that much to get a phone with a dual-lens camera.

The P smart pairs a 13-megapixel lens and two-megapixel lens in the main, rear camera. With the result that you too can get the ‘bokeh’ effect, by blurring out background details, while bringing the subject into sharper focus.

So if you were taking a portrait of someone, they’d be foregrounded to really arresting affect. Feeling arty? The bokeh mode means you can bathe the background in a soft gauze, for a dreamy, ethereal feel.

This really comes into its own for still life images or wedding or engagement photos. Or seasonal snaps of presents under the tree or shiny, glassy baubles at Christmas, for example.

What's our verdict on the P Smart? Read the Uswitch review.

Usefully, you can also get the bokeh effect on photos taken with the P smart’s eight-megapixel, front-facing camera too. So your smouldering expression in selfies looks that much more Instagrammable, set against the hazy background.

The P smart also comes with a beauty mode, which smooths out creases and wrinkles to give your skin a healthy, hydrated glow. Prefer the lived-in look? You can toggle it off, if you like.

To help you get the best self-portrait possible, the P smart also has a hands-free gesture-shot mode. To take a snap, just wave your hand.

The P smart’s FullView display comes in at a reassuringly expansive 5.65 inches, with natural, lifelike colour reproduction that’s in stark contrast to the gaudier, turn-everything-up-to-eleven hues of some other smartphone displays.

But where the P smart’s display really comes into its own is its Smart Split Screen mode. Activated by a single touch, this literally divides the screen in two to let you use two apps side-by-side.

So you could be checking your email, while you’re watching videos on YouTube. That means there’d be no need to pause the movie while you scan your messages and reply to the urgent ones.

Or you could do a bit of web browsing, while keeping Google Maps open. Or even check someone's interests on Facebook, while shopping for a suitable present on Amazon. 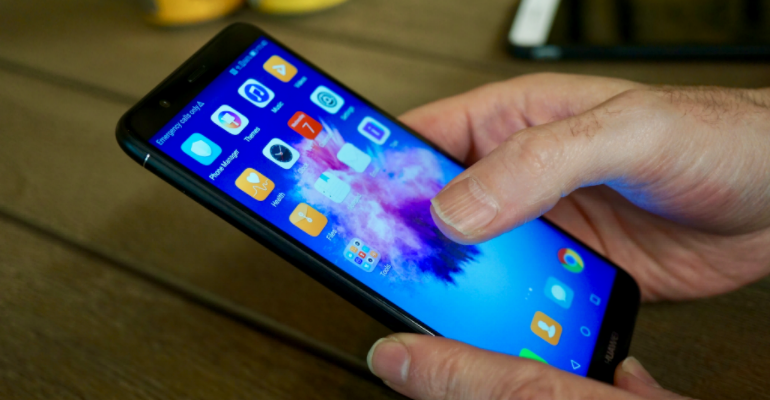 The P smart runs the up-to-the-minute Oreo version of Android straight out of the box. So you won’t have to wait to get to grips with all the performance optimisations that it brings.

Impressively, Huawei has taken the enhancements Oreo brings to Android phones, such as longer battery life and speedier responsiveness, and has gone one better by adding its own artificial intelligence (AI) improvements.

The upshot is that the P smart actually learns your habits and usage patterns. Then adapts and adjusts factors that affect the phone’s performance to ensure it runs even faster and more smoothly.

Better yet, the AI also works to limit the P smart’s performance degradation over a longer period. All of which should mean your phone works faster for longer. 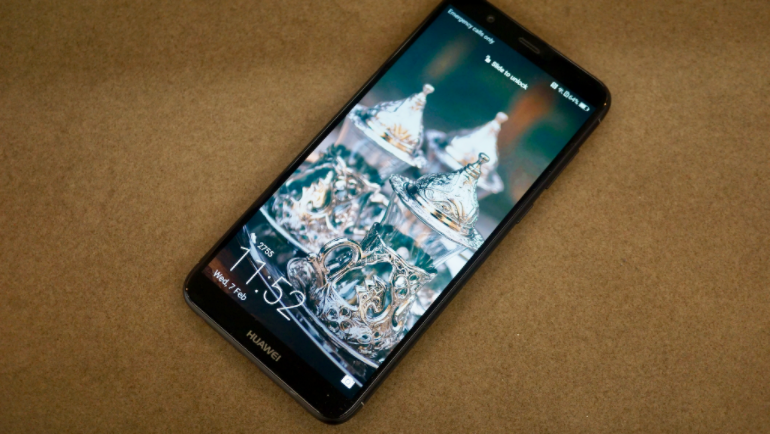 That gets you the handset, with £9 to pay upfront, as well as monthly allowances of 250MB of 4G data, 240 minutes and unlimited texts. For a phone with this array of features and high-end spec sheet, that’s a bit of a bargain.

Pick up the Huawei P smart at £17 per month on Vodafone.

If you’re a heavy data user, we’d probably plump for the Red Entertainment plan priced £36 per month, with £9 to pay upfront. For that you get a whopping 32GB of data per month, plus unlimited texts and minutes.

Better still, Vodafone is throwing in a 24-month subscription to your choice of Spotify, Sky Sports Mobile TV or Now TV.

Get the Huawei P smart with 32GB of data for £36 per month on Vodafone.

Both plans come with inclusive roaming in 50 destinations with Vodafone's Roam Free scheme, so you can use your UK allowances for no extra charge while you’re overseas. You also get a three-month trial of Secure Net security software, to keep you free of viruses and protect you from harmful websites.

Find out more about free Spotify, Now TV and Sky Sports Mobile TV on Vodafone contracts with our one-stop guide.

Or, if you fancy a more premium version, take a look at our best Huawei Mate 10 Pro deals.