The latest round of Apple’s iPhones saw four new devices released last year. The iPhone 12 and iPhone 12 Pro were what you could call the standard and premium ‘default’ handsets, and they were the first two of the range to be released. But a few weeks later, Apple dropped two more handsets to get iOS fans, smartphone enthusiasts and tech lovers alike excited: the iPhone 12 Pro Max and the iPhone 12 mini.

We were already somewhat familiar with the iPhone 12 Pro Max, as there was an iPhone 11 Pro Max last year. But this time, we also got an opposite-sized companion to go with the biggest phone in the range - a pocket-sized iPhone 12 mini (lowercase name and all).

So, we have Apple’s biggest phone ever, and the smallest it's released in years. 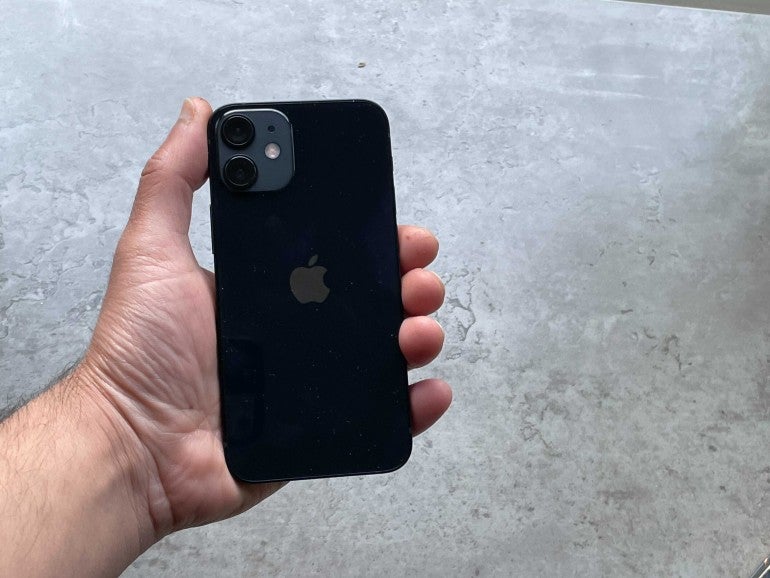 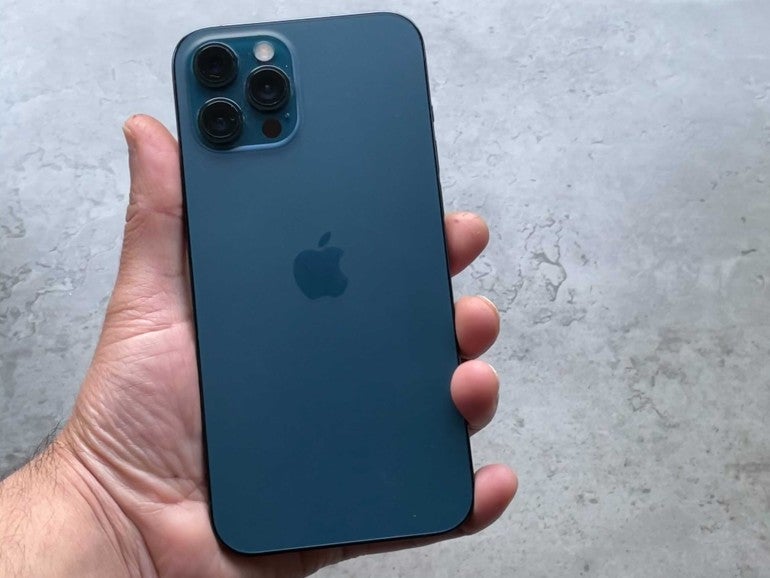 You’ll find the same camera setup, the same design, even the same processor. So if you’re one of those people who’s bemoaned smartphone manufacturers for only making premium phones for people with big hands - this one’s for you.

Now, you may be thinking that a 5.4-inch screen doesn’t sound that small. Isn’t the iPhone SE 4.7 inches? And the iPhones 6 through to 8 too?

Well yes, they are. But, those screens all have bezels (edging around the screen). Meanwhile, the iPhone 12 mini does away with bezels to give you a bigger screen on a smaller phone.

And it really is very small. It’s cute. It’s dinky, it’s easy to hold and use no matter how big (or small) your hands are.

The screen looks great too. The latest iOS fits really well on the 5.4-inch display, so it doesn’t feel like you’re losing out a lot when you compare it to a bigger model. It’s just a bit more compact. It’s a throwback to when iPhones were small but still premium, like the much loved and fondly remembered iPhone 5 from days of yore (2012).

Now, if you’re accustomed to the bigger iPhones we’ve had over the last years, the mini might take a bit of getting used to. It kind of feels like a novelty at first, and if you love the current sized iPhones and have no need to scale down, then you might struggle to see the point.

However, if you genuinely would prefer a smaller phone with top specs, you’re going to love it. And if you find bigger handsets a bit tricky to handle with one hand, the iPhone 12 mini will be a dream to use. This will be especially noticeable in that trickiest of small hand manoeuvers - the top of the display swipe down. With the iPhone 12 mini you can easily pull down your notifications screen with one hand.

And unlike all those other smaller iPhones we mentioned earlier, the 12 mini is also fully connected to 5G. We tried out Vodafone’s 5G on the iPhone 12 mini and got really fast speeds in our area (North London). So, provided you’re signed up to a 5G data plan and in a 5G area, you can get connected to the next gen of smartphone speeds with the 12 mini.

Mini in size, mini in price too - the iPhone 12 mini costs just £699 SIM free, which is pretty cheap for a smartphone with flagship specs. That also means pay monthly deals are on the more affordable end too, so not only is it smaller, it’s cheaper too.

On the other side of the scale we have the iPhone 12 Pro Max, Apple’s biggest ever iPhone - and it dwarfs the mini at a mighty 6.7-inches.

The 12 Pro Max is bigger than the 11 Pro Max. But its design, which is the same squared look as the rest of the range, means it doesn’t come across as too big.

And while the mini is simply a smaller version of the standard 12 in a smaller phone, the 12 Pro Max offers the best specs of the whole iPhone 12 family.

It’s even better than the 12 Pro. As well as the bigger screen, it’s also got a better camera system which includes a telephoto lens and the biggest sensor of any iPhone.

Size and usability wise, yep it’s pretty big. But as mentioned, its square-edged design doesn’t make it look quite as big as the 11 Pro Max did, even though it is slightly bigger.

If you hold it next to other iPhones in the 12 range, you do notice its size. For me, it doesn’t feel too awkward to hold, and it’s certainly not massively heavy or anything. That said, you probably wouldn’t want to drop it on your foot.

The screen is stunning too, and you can see the difference in the camera even when you compare it to the iPhone 12 Pro. You can take a look at those differences in more detail in our dedicated iPhone 12 Pro Max camera review.

If you want the biggest and best that Apple has to offer, the iPhone 12 Pro Max is the one to go for. You’ll need deep pockets though, and not just to fit the phone. At a starting SIM-free price of £1,099 it’s anything but cheap.

As far as comparisons go, the mini vs the Max is not really a fair battle. One is the super-specced out top of the range premium device, and the other is the most scaled down version of the range.

However, while the Pro Max has the largest screen and the best specs, it’s also very big and very expensive. There are no doubt many people out there who want an iPhone that has specs inline with other premium smartphones, that doesnt cost over a grand and fits in smaller hands, pockets and bags. Amongst these people, we think the iPhone 12 mini is going to be very popular.

Check out all our best Vodafone deals