A mea culpa from Apple is rarer than a sunny day in January.

But in late December, the California company apologised for intentionally slowing down older iPhones without revealing to customers that it was doing so.

The iPhone 6 have all seen their performance deliberately hampered in what Apple claims is a bid to improve the longevity of devices.

Consumers, though, believe the move was part of a concerted bid to push them into upgrading to newer models, something Apple CEO Tim Cook has vehemently denied.

As well as saying sorry, Apple has also promised to slash the cost of replacement batteries for older iPhones as part of a replacement programme, something that could breathe new life into older phones and save you a fortune in the process.

Going to stick with your old phone and get a replacement battery? Need a new SIM only deal to go with it? Take a look at our pick of the best SIM only deals around.

Going to bite the bullet and buy a new phone, anyway? Here's a selection of good-value deals on iPhones.

So what was the problem? 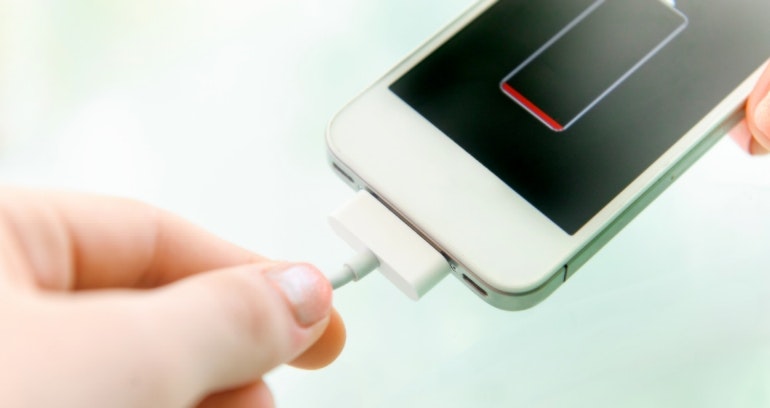 Owners of older iPhones have long complained of poor battery life and slow performance after updating to the latest version of iOS.

In December, it was revealed that iPhone 6, iPhone 6s, iPhone SE and iPhone 7 models were intentionally slowed down. Often this has meant iPhones switching off unexpectedly or losing charge rapidly.

What was the reaction?

Apple initially said it was rolling out the feature to boost iPhones' performance.

But users in the US quickly filed class action lawsuits, saying Apple’s actions amounted to planned obsolescence, the practice of slowing older smartphones in order to push users into upgrading at huge personal cost.

What has Apple got to say for itself?

After confirming before Christmas that it intentionally slowed down older iPhones, Apple came clean and apologised to its customers, issuing an open letter in which it tries to explain why it did so, as well as giving the inside line on how smartphone batteries lose power over time.

“We know that some of you feel Apple has let you down. We apologise,” it said.

“First and foremost, we have never — and would never — do anything to intentionally shorten the life of any Apple product, or degrade the user experience to drive customer upgrades.

“Our goal has always been to create products that our customers love, and making iPhones last as long as possible is an important part of that.”

Apple says it will offer anyone with an iPhone 6 or above a newer battery for just £25. This represents £54 reduction from the previous £79 price of having a new battery installed at an official Apple store or reseller.

The full list of iPhone models included in the battery replacement programme are:

This should give older phones a new lease of life, staving off the need to upgrade and boosting overall performance.

Naturally, because the iPhone 8, iPhone 8 Plus and iPhone X only came out last year, owners are unlikely to be experiencing battery problems as a result of updating their phones.

But for what it's worth, they'll still qualify for a cheap battery replacement.

So when does the programme start?

Apple users in the UK can get a new, cheaper battery right now.

The iPhone battery replacement program will run all year, ending in December.

And what else has Apple got planned?

Apple has also announced it will issue a new version of iOS 11 later this month that will give users a greater insight into the health of their iPhone’s battery, “so they can see for themselves if its condition is affecting performance."

What did we make of the iPhone X? Read our review for the Uswitch verdict.

How do I know if my phone’s affected? 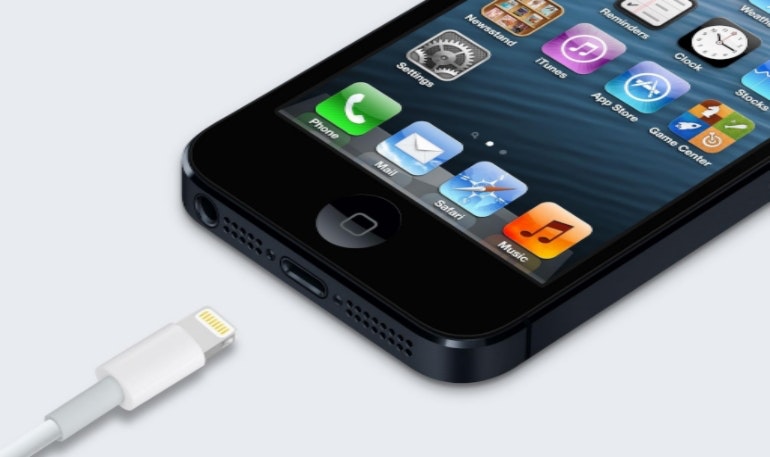 If you’ve got an older iPhone and are concerned it’s been slowed down, there are a few tell-tale signs to look out for. Most obviously, the battery will drain at a rapid rate or your iPhone will switch off without warning, even if there appears to be plenty of juice left.

It may also run slowly when performing basic tasks such as opening social media apps or web pages. If that’s the case, it’s definitely worth speaking with Apple. And remember you don’t need to have a faulty battery in order to get a new one for £25.

Would a new battery improve the trade–in price of my iPhone?

Although it might boost the lifetime of your iPhone, the trade–in price is likely to be unaffected by getting a new battery. That’s because trade–ins are based on the age of the handset in question, rather than the changes to internal specs that have been made by the consumer.

However, it is worth mentioning this to your provider when it comes to upgrading your handset.

Ready to upgrade? Here's how to switch mobile phone provider.

Does Apple have any restrictions on replacing an iPhone’s battery? 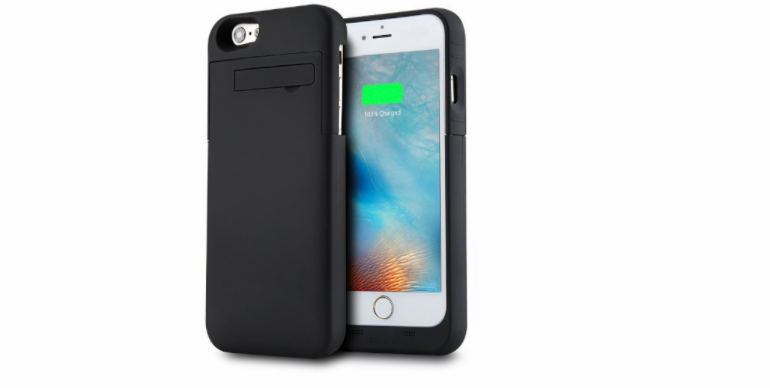 Yes. Speaking with Money Saving Expert, Apple said iPhones “qualify as long as there is no accidental damage or liquid damage. There must also be no unauthorised repairs by third parties. This means that any previous repairs would need to have been performed by Apple or an Apple-authorised service provider and not a third party."

If I have AppleCare+ insurance, will I have to pay?

As long as your AppleCare+ policy is up to date, you should be able to replace the battery without having to pay the £25 fee. Likewise, if your iPhone is under warranty, then a free battery change is well within your rights. iPhones are subject to a limited warranty of 12 months following purchase.

My iPhone is a refurbished model. Do I qualify?

As long as the refurb has been conducted by Apple or an Apple authorised reseller, then yes. If your iPhone is second hand, just ask Apple to run a diagnostics test to see if it is eligible.

Thinking of getting a second-hand iPhone? Take a look at our guide to buying a refurbished phone.

How do I start the process?

You can either go into your local Apple store and make an appointment at the Genius Bar. However, Apple's online system has no way of checking if the store you're booking with has the battery you need. So the best best to avoid making an unnecessary trip into your local store would be to call up ahead of time to make sure they have the right battery in stock.

You can contact Apple via phone, email, online chat or Twitter. A member of support staff will then run a remote diagnostics test on your iPhone to see if it is eligible, then make an appointment at an Apple store for you, or arrange to have your device sent via post for repair.

Surely the process is already oversubscribed. Will there be enough batteries to meet demand?

A few days after the iPhone battery replacement programme went live in the UK, there was a welter or reports claiming that Apple was telling customers it had run out of batteries. And that they'd have to wait until March to swap their power pack.

But to Apple's credit, that doesn't seem to be the case.

We're hearing that customers are able to book genius appointments in Apple Stores at short notice. And perhaps more impressively, some users say the tech giant replaced their batteries while they waited, sometimes within 45 minutes or so.

That said, it's early days. As awareness of Apple's iPhone battery replacement offer spreads, it's likely that there will be battery shortages. So best to grab yours while you can.

If Apple doesn't have the right battery for your phone in stock, they can order it for you, but you could be waiting a while for it to show up.

I love my iPhone 6, but it keeps shutting down. Should I buy a new phone?

If you love your ageing iPhone, but can’t deal with its constant shutdowns, then the battery replacement programme is tailor-made for you.

In outlining its plans to offer new batteries on the cheap, Apple explained that putting a new battery into an old iPhone would give it a new lease of life. That means no more rapid battery drains or shutdowns when it gets cold.

Don’t splash out hundreds when you could essentially get another couple of years from your iPhone for just £25.

My iPhone 7 is affected, but is just 18 months old. Should I just upgrade?

Seeing as most phone contracts last for 24 months, swapping to a new phone may be costly, involving additional fees depending on your deal and network.

While those who own their iPhone outright may wish to make the change, there really is no reason to.

The iPhone 7 remains a powerhouse device that still handles everyday tasks with aplomb.

Apple will fit it with a new battery as long as third party repairs haven’t voided its terms and conditions. For us, this is the smart move, and one that will save you money too.

If you do want to upgrade, take a look at all our latest iPhone deals.

My 16GB iPhone has an old battery and no space. What’s my best bet? 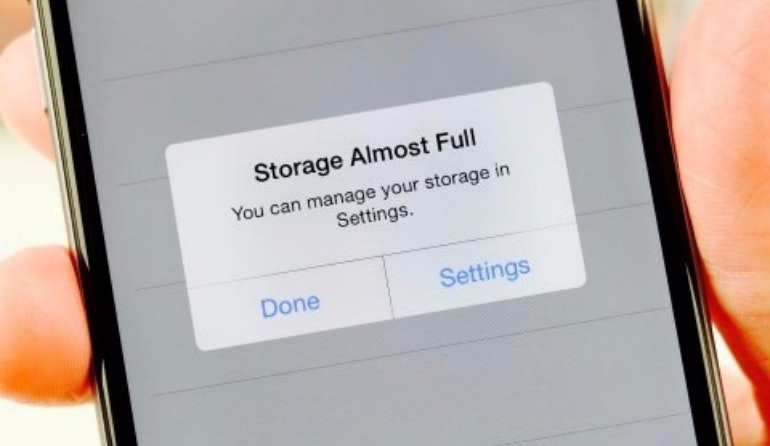 While you can always buy additional iCloud space to stash photos and other content, a lack of storage is generally what causes most iPhone owners to bite the bullet and get a new phone.

If you’ve already moved content from your phone to your PC or Mac and still get notifications saying you need more space, it might be worth buying a new device instead.

I’ve had it with Apple. Should I boost my battery and then sell?

This is a solid option for those annoyed with Apple’s decision to slow down old phones and then still make users pay for new batteries. Getting a new power unit will boost your iPhone’s life cycle, making it more valuable on direct sale sites such as eBay and Gumtree.

However, if you’re looking to trade in with a network, it most likely won’t affect the price you get. Either way, the likes of the OnePlus 5T, with top–end functionality and a price tag half that of the iPhone X is undoubtedly a solid alternative to Apple and its questionable approach to its consumers.

Want to sell your old iPhone? Here's how to get the best price for your second-hand device.

Find out which apps drain the most battery.