iPhone 6 and iPhone 6 Plus ‘grey bar of death’: What is it and how can you fix it?

Joe Minihane - 24 August 2016 Last updated: 06 December 2019
Comment
Share
Tweet
Who's affected? What can your friendly neighbourhood Genius do to help? What's Apple's line? We break it down.

Got an iPhone 6 or iPhone 6 Plus? Then steel yourself for bad news. A new report has revealed that hundreds of Apple’s bestselling smartphones could be affected by a ‘grey bar of death’.

This flickering bar presages all sorts of problems for iPhone-owners and could not come at a worse time for Apple, as it faces up to a major sales dip and the need to promote a new iPhone which offers little in the way of innovative features.

So what is the ‘grey bar of death’? And how can you fix it if your iPhone has it? Read on and we’ll reveal all.

Which iPhones are affected?

According to iFixit and its sources, the issue seems to be affecting 2014’s iPhone 6 and iPhone 6 Plus.

The latter is said to be more prone to glitch than the former.

Considering both devices were Apple’s biggest smartphone hits, that means there are potentially thousands of consumers who will be experiencing this problem.

How does it start?

First off, iPhone-owners will notice a grey flickering bar at the top of their screens.

Then the touchscreen itself becomes unresponsive, meaning it sluggishly registers presses or swipes.

Is there a quick fix? 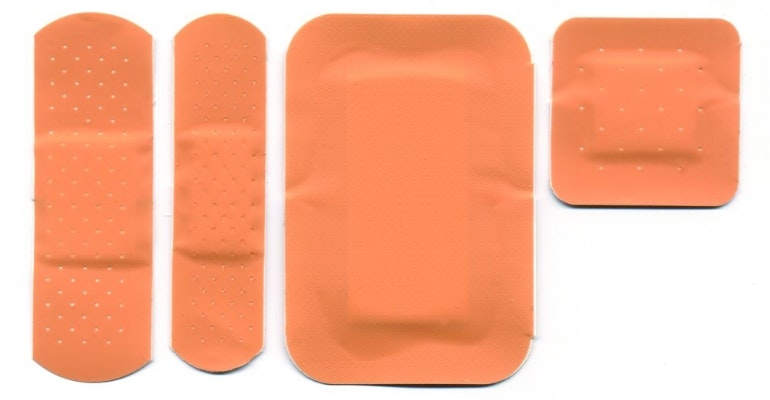 Anecdotally, users say that twisting their phone or pressing hard on the touchscreen stops the problem occurring for a short while.

But it then rears its head again and becomes even worse.

So can I just replace the touchscreen?

Here’s where things get tricky.

The issue is not with the touchscreen itself, but with the pair of touchscreen chips which sit on the iPhone’s logic board, buried deep inside the device and not meant to be tinkered with by average consumers.

Does that mean the problem can’t be fixed?

No. Unauthorised third-party repair shops and online services are able to solve the issue, but this requires soldering skills and great precision.

The repair shops iFixit has spoken with say they're seeing this problem as much as 100 times a month.

So will Apple help?

Officially, Apple’s in–store Genuises are not able to carry out such complex repairs. And here’s where things get murky.

Users of Apple’s discussion boards say they’ve been into Apple’s retail outlets only to be told that while the company is aware of the problem, they cannot offer a fix.

Because most of the iPhones affected are out of warranty, Apple’s advice appears to be simple: buy a new iPhone.

The cost of replacing a logic board directly through Apple is so great that it seems to be cheaper to just get a whole new device.

So what’s causing the problem?

Many theories abound. But experts believe that because the iPhone 6 and iPhone 6 Plus were ‘bendy’, as discovered in the weeks following their launch, the constant flexing which occurs leads to the logic board and touch chips becoming detached.

This, it's widely thought, causes the touchscreen to stop working.

It appears not. That’s because Apple changed the internal setup of those devices, moving the touchscreen chips away from the central logic board.

What does Apple have to say?

At the moment, Cupertino is remaining silent. But as this issue grows, expect the clamour to grow with it.

Apple’s decision to switch to a three-year update cycle means more and more people will be hanging onto their iPhone 6 and all the problems that come with it. This story isn’t going anywhere.