iPhone X: everything you need to know

It’s finally here! After almost a year of constant speculation and countless leaks, Apple’s iPhone X (aka the iPhone 10) has officially launched.

The tenth anniversary edition of the bestselling smartphone is a complete game changer, featuring an all–new design and whole host of features that will have you queueing up to hand over your credit card details.

Want the inside line? Here’s everything you need to know.

Just as had been predicted, the iPhone X has a completely new look. It’s an all screen phone, with a cutout at the top for the earpiece, sensors and camera.

The screen is known as the Super Retina Display, with a 2436 x 1135 resolution, more than enough to compete with Samsung’s top–end phones.

Apple says it’s beefed up the OLED tech used in the screen, with boosted colour accuracy and True Tone smarts, the same as that found in the iPhone 8.

There’s no home button on the iPhone X. To wake it up, you just tap the display.

To get to the home screen, you swipe up on the display. This works the same way across the whole of iOS.

If you want to get home when using an app, swipe all the way up.

To multitask, just swipe up and pause and you’ll see all the apps you have open.

If you want to access Siri, just press the side button. And to unlock the phone, you simply need to look at the iPhone X. Speaking of which…

Face ID uses the iPhone X’s new true depth camera system, with a series of high–end cameras and dedicated sensors at the top of the device.

It can detect your face in the dark, a series of special cameras then working together to create a mathematical model of your face.

It's also able to suss out whether you’re wearing glasses, a hat or cut your hair.

However, you must have your eyes open and be looking directly at the phone in order to unlock it.

Impressively, it can’t be gamed by photos of your face, an issue Samsung has grappled with on its Galaxy S8.

It works with Apple Pay, too, replacing the fingerprint scanning Touch ID system used on iPhones in recent years.

Just double tap the side button and look into the phone.

You can even use the system to create emojis using your own face via Apple’s new Animojis tool, which can be found within the Messages app. 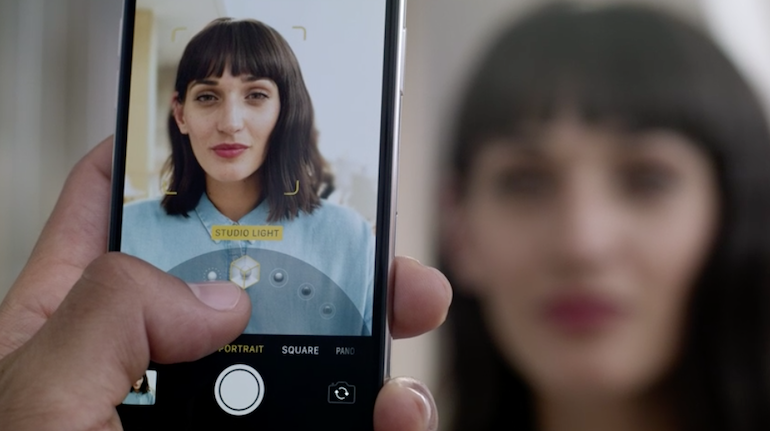 The iPhone X has a dual 12-megapixel camera, with dual optical image stabilisation (OIS), something lacking in last year’s iPhone 7 Plus, meaning you can get killer photos without any nasty shake and noise ruining your handiwork.

Like the iPhone 8 and iPhone 8 Plus, the iPhone X supports wireless charging, using the open Qi standard. That means you can power it up using existing charging mats.

But it’s also working on its own new AirPower charger, which can power up the iPhone X, AirPods and Apple Watch Series 3 at the same time.

That device won’t be available until next year, so until then you’ll need a standard charging cable to juice up your phone.

Apple is offering the iPhone X in just two colours, with grey and silver and two sizes, 64GB and 256GB.

It starts at $999 in the US, with the UK price yet to be revealed. Pre–orders will open on 27th October, with a shipping date of 3rd November.

As expected, Apple has not been able to get supply ready in time for launch this month.

That, however, should not hamper sales.

The augmented reality game has thousands of Apple prizes.

iPhone 8 and iPhone 8 Plus group review

iPhone 8 and iPhone 8 Plus camera review

uSwitch zooms in for a close look.

5G iPhone could be delayed

Wireless charging case set to go on sale soon, however.