Mobile World Congress is the world’s biggest phone show. Every year, manufacturers, networks, retailers and more descend on Barcelona for a week-long festival of phone tech, showcasing what’s new and hot in the world of smartphones.

But not this year. No, this year has been a little different, for obvious reasons. Mobile World Congress 2021 has been about half the size of its usual incarnation, bolstered by virtual elements – online launches and demos of what the companies have been working on. So while it’s been a scaled-down affair physically speaking, there have still been some announcements worth noting.

We’ve rounded up the biggest here, so you can jump straight to what’s new, and what will be making waves for the rest of the year in the smartphone world. 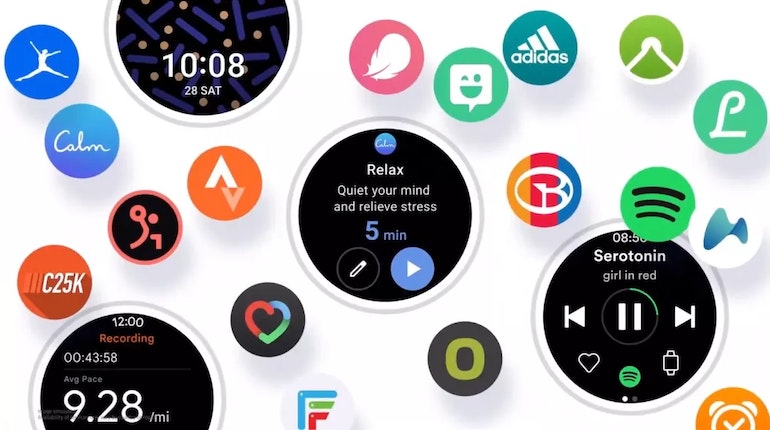 Strangely, the biggest announcement from this year’s Mobile World Congress wasn’t a phone. Instead, it was Samsung’s One UI Watch, a new software for the firm’s smartwatches, which work in tandem with Samsung’s smartphones.

That means you can check emails and take calls, right from your wrist.

While One UI Watch is a new interface, it’s not entirely new from the ground up. Rather, it will be overlaid onto Wear OS, the operating system for wearables that was built by Google and Samsung in partnership.

Some previous Samsung smartwatches have run the firm’s own Tizen software, but One UI Watch will make them compatible with more apps. In fact, the interface will let them download apps from the Google Play Store – there are thousands on offer, including those made by Google.

But not only will the software mean more apps, it will also help them work better. Apps will start up to 30 per cent faster on smartwatches running One UI Watch, and have smoother transitions (i.e. changing between apps and screens will be much slicker). Health and fitness apps will work better thanks to improved sensor readings, and the devices should last longer with reduced battery drain.

That’s all well and good, but what about the hardware? While Samsung stopped short of unveiling any new devices at Mobile World Congress, it did say it will announce its next smartwatch this summer (i.e. sometime before September). That’s likely to be the Samsung Galaxy Watch 4. 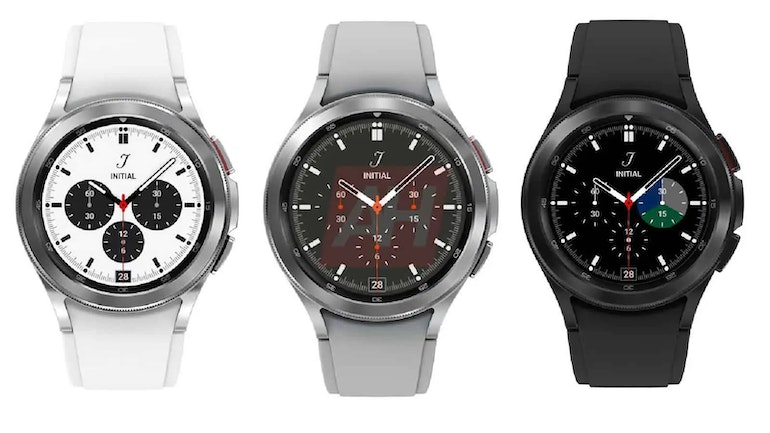 According to leaks, the Galaxy Watch 4 looks like a traditional timepiece. It will come in at least two models: the Active will be aimed at sporty types, while the Classic is a little more formal. Something for everyone, then. 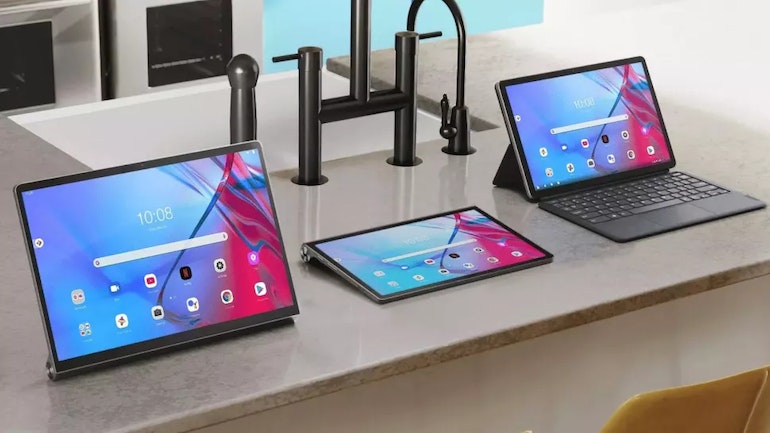 While most manufacturers have been a bit quiet at this year’s Mobile World Congress, Lenovo has gone the other way and launched no fewer than five new tablets.

The most notable of Lenovo’s new tablet family is the Yoga Tab 13. Its 13-inch screen makes it one of the few to compete with the iPad Pro’s 12.9-incher in terms of size. It also packs a massive 10,000mAh battery, which should make it last all day.

Want something smaller? The Tab 11 could be for you. It’s the same basic device as the Tab 13, but with an 11-inch screen, slightly less powerful processor and smaller battery.

Both devices run Google’s Android operating system, giving them plenty of apps to choose from. And they both have built-in stands with hooks, so you can position them in all kinds of poses (they’re called Yoga for a reason).

Lenovo’s other three new tablets are more traditional slates, without the built-in stands. There’s an 11-incher (Tab P11 Plus), 7-incher (Tab M7) and 8-incher (Tab M8), all with lower specs and more affordable prices. Look out for them this summer. 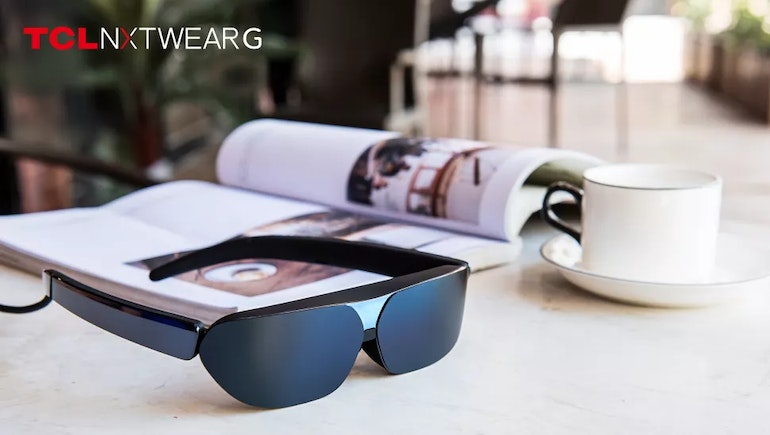 Smart glasses may have gone a little quiet since Google Glass died a death a few years back, but the field has seen some exciting developments. TCL’s NXTWEAR G plays videos wirelessly from your phone on a virtual 140-inch screen. Which should liven up your bus journey somewhat.

They’re not purely conceptual either. They’ll go on sale this year, and at just £500, they’re a lot more affordable than similar devices.

Qualcomm is possibly the most important smartphone company you’ve never heard of. While the firm doesn’t make its own smartphones, its chips power almost everyone’s, from Samsung to Sony.

But at Mobile World Congress 2021, Qualcomm showed off something else entirely: 5G vehicle technology.

This isn’t just about streaming Netflix in the car though. Rather, the aim is to connect cars to each other wirelessly, as well as to traffic lights, other vehicles, road infrastructure and even pedestrians in order to improve road safety.

As well as making roads safer, it could also make them more efficient, as cars could read traffic lights and detect blockages up ahead and moderate their speed in order to improve traffic flow. Anything that means less time sat in traffic has got to be a good thing.

Get fit and stay healthy with this new year tech.

All the gifts, none of the chaff.