Fancy winning a brand new iPhone 11? Well now’s your chance. And who knows, you might even have some fun into the bargain.

Vodafone has launched a new mobile game called Find Unlimited. It uses augmented reality to superimpose graphics onto your view of the real world. The aim? To find and interact with augmented reality ‘Vatoms’ which have been dropped in six busy central London locations.

All you have to do is find them, then open camera mode on your phone and point it at them. 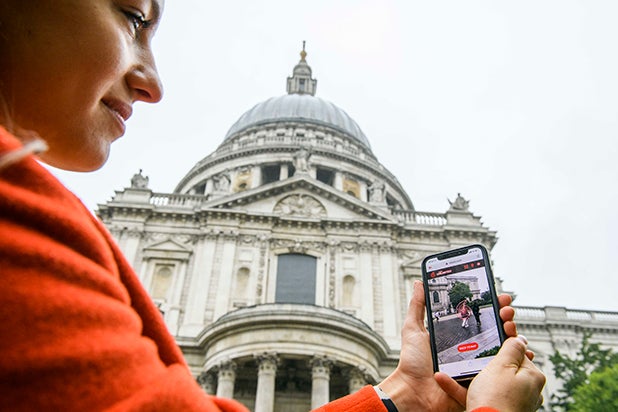 Each location contains six Vatoms, making a total of 36 to find. You can only interact with each once, and the six locations will change every day.

The game runs until Friday, with an iPhone 11 up for grabs every day. The game is only active between 12-2pm each day.

Everything you need to know about the iPhone 11

It’s not limited to only Vodafone customers, either. Anyone can play, no matter which mobile network they’re on. Though if you are on Vodafone, you will have a distinct advantage – at 11am each day, you’ll receive exclusive clues on how to find the day’s prizes.

While the iPhone 11 is clearly the flagship prize, it’s not the only gadget you can win. The competition is giving away thousands of Apple prizes, though there’s no word on what they are.

The iPhone 11 is Apple’s latest smartphone. It’s a huge improvement on its predecessor, last year’s iPhone XR. The main difference? The camera. As well as having two rear cameras instead of one, it boasts a new night mode that makes your low-light snaps clearer, the ability to zoom out of a photo you’ve already taken, and slow motion selfies (‘slofies’) using the front-facing camera.

For more info on Find Unlimited, head to findunlimited.co.uk.